The new Tottenham boss might not yet be held in the same regard by their fans as Mauricio Pochettino.

Son Heung-min whipped in a dangerous free-kick that went all the way inCredit: Getty 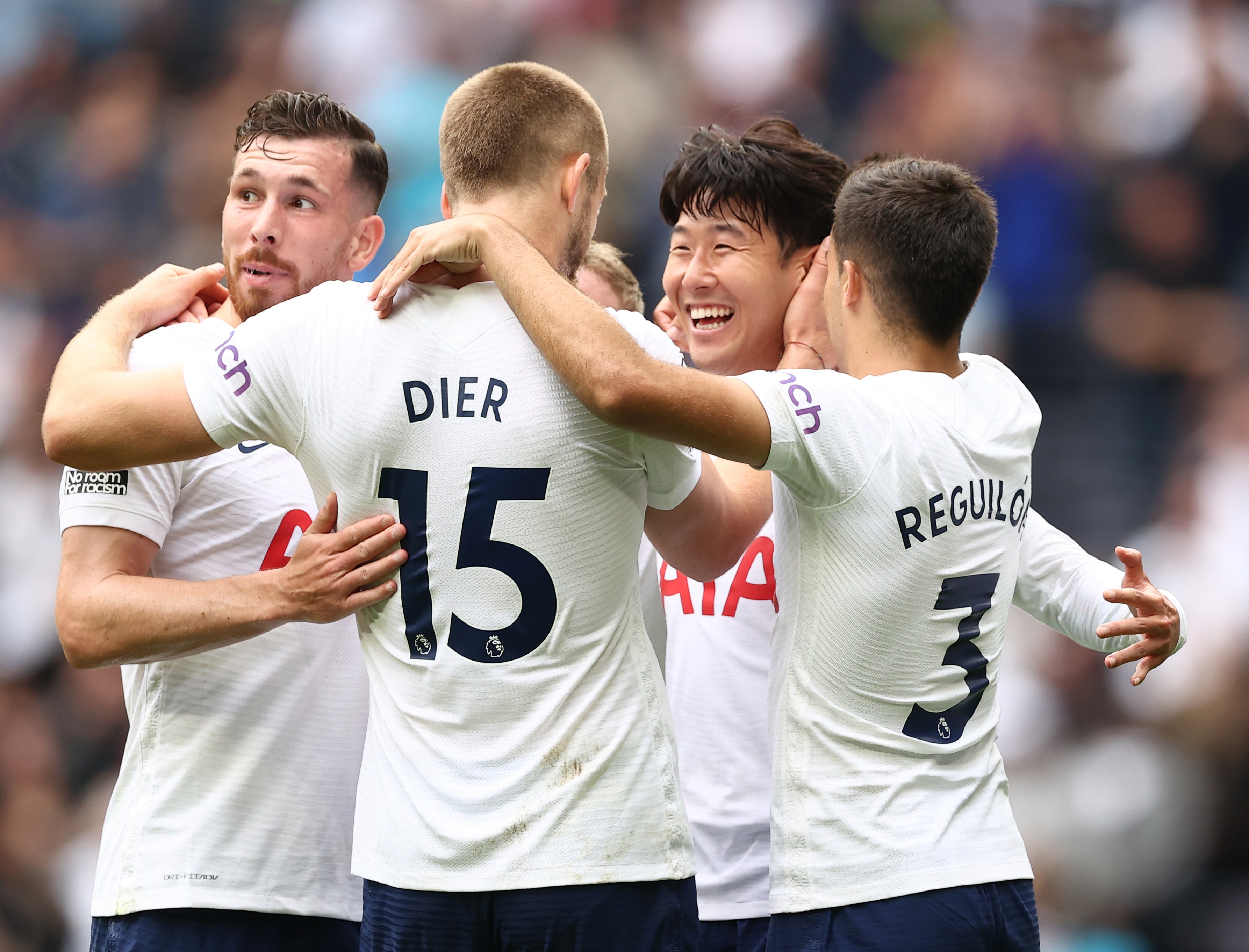 The South Korean was all smiles as he broke the deadlock in North LondonCredit: Richard Pelham / The Sun

But much more of this and he soon might be.

The man initially overlooked for the post as Jose Mourinho’s permanent successor in the summer can do no wrong in the Premier League at the moment.

Nuno has taken Spurs from skid row to Arthur Rowe in a matter of 270 top-flight minutes.

After last season’s sorry seventh place, Tottenham go into this international break top of the tree as they maintained their 100 per cent Prem start under their new gaffer.

Remarkably, Nuno is only the second manager in the club’s history to win his first three league matches in charge after legendary boss Rowe achieved the feat in 1949.

Tottenham born and bred, Rowe made 182 league appearances for the club as a player before he returned later as manager, guiding them to their first league title in 1951.

He is still remembered at Spurs today with a large black and white picture of him watching one of his players Alf Ramsey undergoing treatment in the club’s old physio room on the wall of the corridor which links the stadium’s media lounge to the press box.

While Ramsey of course went on to lead English football its greatest day, health issues forced Rowe to resign in 1955 – although his methods paved the way for Tottenham winning the Double under Bill Nicholson six years later.

It is safe to say Nuno’s targets for this season are less ambitious – although stranger things have happened.

And with a fair wind and the Harry Kane transfer saga behind him, who knows what the Portuguese can go on to achieve this season.

His recent predecessors have not exactly set a high bar but you cannot fault him at the moment, even if it is still early days.

Kane was handed his first Prem start after his two goals in the 3-0 Europa Conference Play-Off win over Pacos de Ferreira on Thursday.

That of course followed the England captain’s announcement the previous day that he would be staying at Spurs this summer after failing to force through a move to Manchester City.

And the striker was trying to claim a penalty in the opening minute for being bundled over in the box – although ref Andre Marriner was never going to buy it.

Spurs will rightly claim that managing to keep Kane was a masterclass in negotiation.

They may not have been so smug when they saw a familiar face in the Watford team.

Moussa Sissoko started for the Hornets after joining from Spurs on Friday in a £3m switch.

The word on the Tottenham High Road is they did not expect him to play as they thought he would be registered after the noon deadline.

But it turns out the Frenchman was registered before it and so played here.

And he almost left his old club with red faces as he teed up an early shot for his new team-mate Juraj Kucka which had to be headed over by Spurs defender Eric Dier to prevent the visitors from going in front.

Sissoko later left Nuno with a bruise when he accidentally whacked the ball into his old boss on the touchline.

Any thoughts it was a revenge attack for selling him were soon dispelled by the player’s apologies and a quick embrace.

That was not the only pain Nuno experienced.

After beating City home and then winning a tricky trip to his old club Wolves, this was expected to be the easiest of Tottenham’s opening three fixtures.

But in typical Spurs fashion it never worked out that way as Xisco Munoz’s men made life difficult by closing down space in midfield and putting men behind the ball, reducing chances to a premium.

Japhet Tanganga had a close-range shot blocked by Watford keeper Daniel Bachmann as Tottenham struggled to make a breakthrough.

But Son broke the deadlock three minutes before the break when Bachmann turned into the boy blunder as he was deceived by the South Korean’s inswinging free-kick which eluded his team-mates on its way into the far corner.

Pierre-Emile Hojbjerg, Dele Alli and sub Lucas Moura all went close to adding a second for Spurs after the break but with Watford snapping at their heels and looking to attack on the counter, Nuno was unable to relax.

Especially when Kane failed to tap in Moura’s cross at the far post after a brilliant piece of defending by William Ekong, who somehow managed to divert the ball off the frontman’s toes.

From the resulting corner, Kane’s snap-shot was superbly saved by Bachmann at his near post.

It may not have been a vintage victory but Nuno and his Spurs stars will not care about that as they look down on their rivals below them. 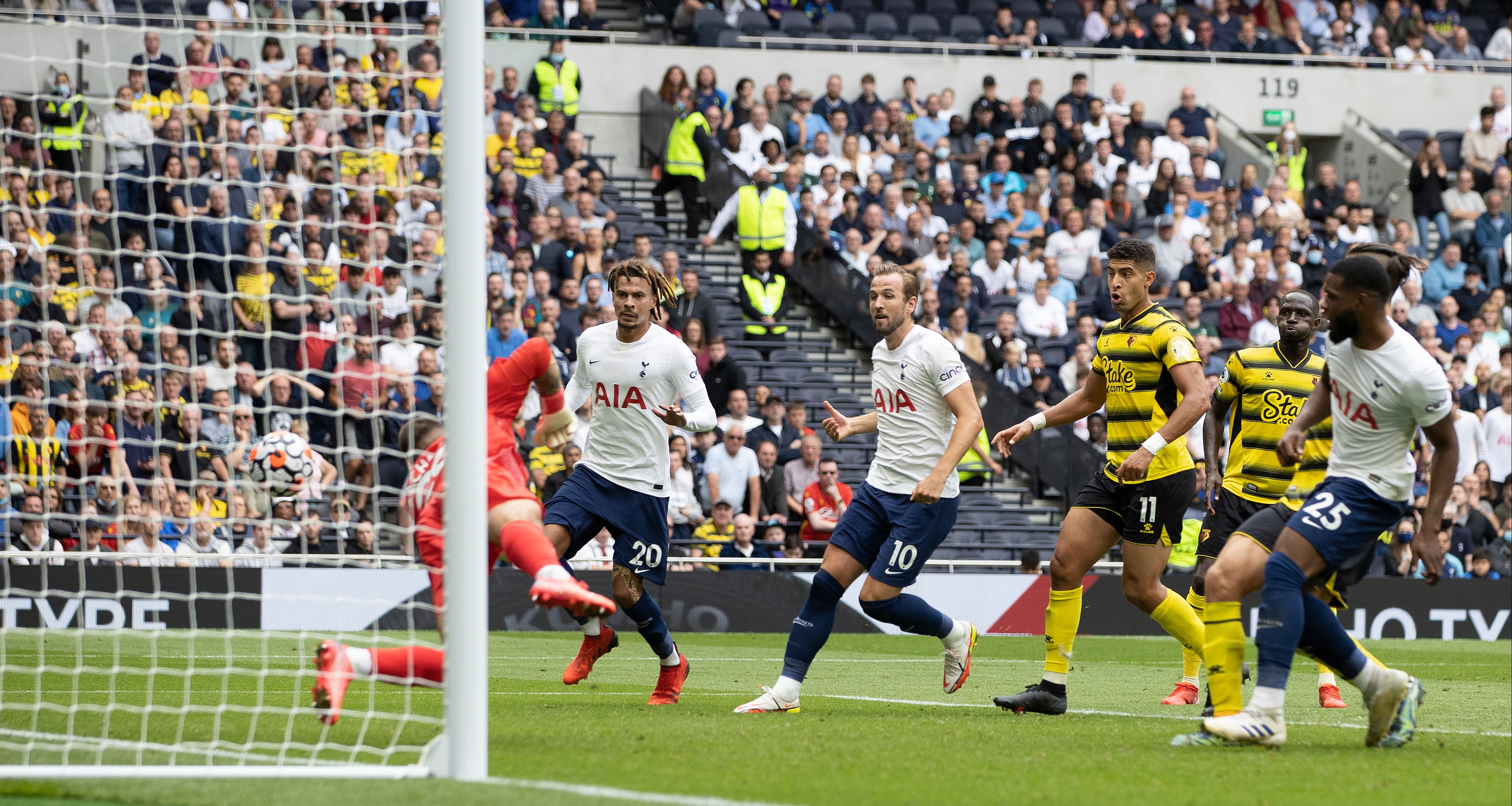 No Spurs attackers nor any of the Watford defenders got a touch on the Son deliveryCredit: Richard Pelham / The Sun 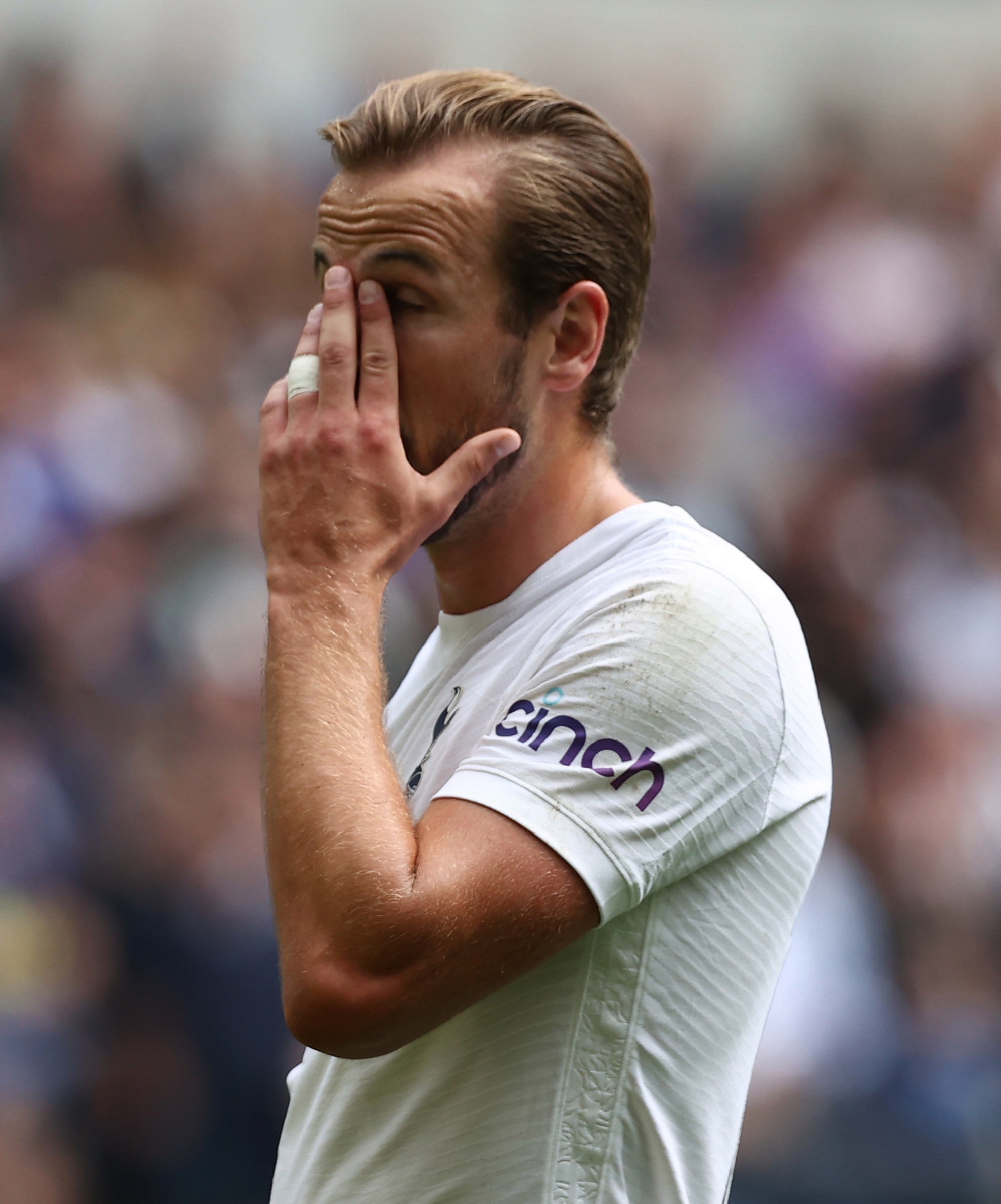 Harry Kane started for Spurs after committing his future to the club this week but was left frustratedCredit: Richard Pelham / The Sun 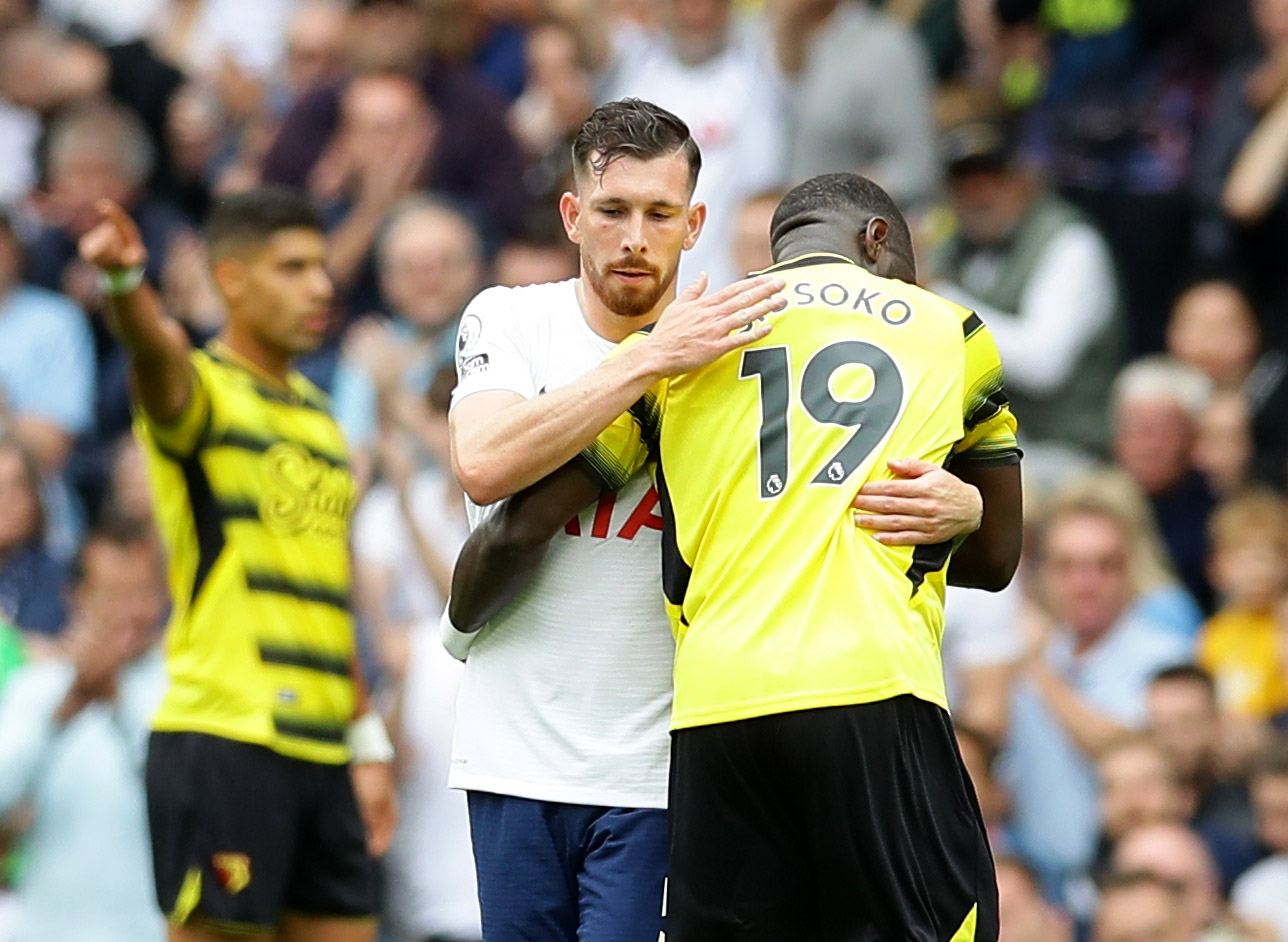 Moussa Sissoko was given a warm welcome back to Tottenham just days after joining the HornetsCredit: Reuters 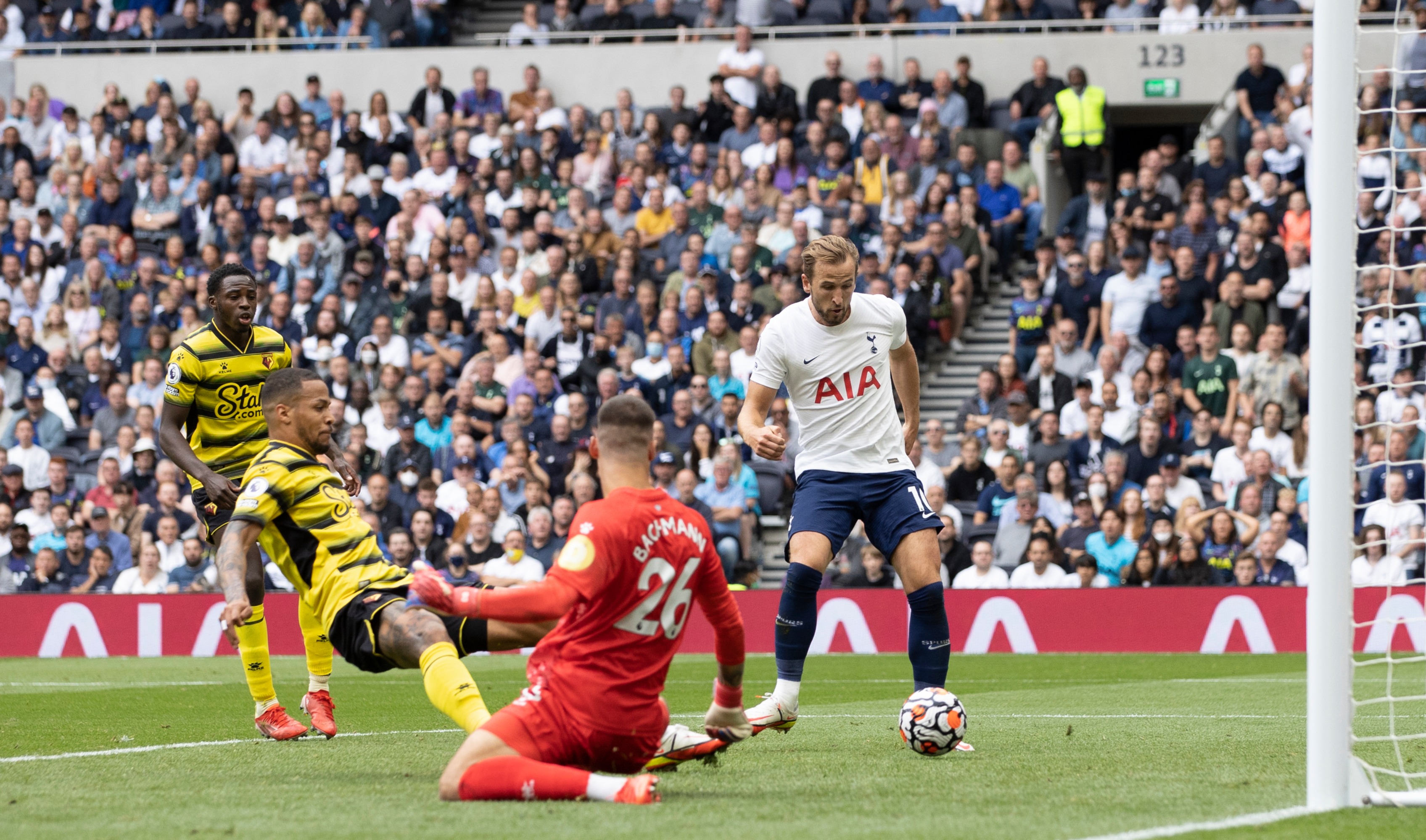 William Ekong denied Kane a tap-in late on with a superb piece of defendingCredit: Richard Pelham / The Sun

Flower power: a florist’s cottage blooms in the dark | Interiors