WE HAVEN’T THOUGHT THIS THROUGH

The Fiver was mildly surprised this morning to discover that England (est.1872) only played Poland (est.1921) for the first time in 1966 (est. 1 Jan, 1966). Since then, of course, the two countries have met every other week, it feels like, so those were more innocent times. Gareth Southgate’s team travel to Warsaw tonight to face … you know what, we can’t summon the energy to do this again. The Poles haven’t beaten England for 48 years, despite having four shies at teams managed by Graham Taylor for goodness sake, and even if they manage it tonight England will still be top of the Group I table so good luck to them but we’re out.

Something different and vaguely interesting in World Cup qualifying happened last night, though. Scotland did a win! Since even the simple act of doing a goal has proved difficult enough for the Scots since time immemorial (est.1872), this is pretty big news. The spectacular result – secured by Lyndon Dykes, who scuffed a penalty under the flailing keeper after a lengthy VAR check for a scuffle – sent Scotland into second place in Group F, only seven points and 18 goals behind leaders Denmark, and bang on course for play-off heartbreak.

To be fair, winning away in Austria is no mean feat. The Austrians gave eventual champions Italy a fright during the Euros in the summer, were thrashed 5-2 by Israel last Saturday, and we haven’t thought this through. They were good in the 1930s, mind, you have to give them that. But this could be a watershed moment for Scotland, who haven’t qualified for the World Cup since 1998, and haven’t had a meaningful away win since 2007, when they beat a France side starring Thierry “Wait until we get them back to Paris” Henry in Paris. Scotland boss Steve Clarke’s ecstatic delight was evident, the passive-aggressive pauses in his deadpan post-match presser slightly less pronounced. Long may the party mood continue!

Join Simon Burnton for minute-by-minute updates on Poland 2-2 England at 7.45pm BST and you can keep tabs on all the other World Cup qualifying action with Scott Murray’s clockwatch at the same time.

“Just about to take football to a new level” – Eggsy gives Newport County’s new third shirt, a glorious Goldie Lookin Chain collaboration, the big sell. It’s quite something, though we do wonder if Burberry will have something to say about it.

“It never ceases to amaze me that the genius FAI head honchos got rid of Mick McCarthy after a win ratio of 50% merely to install Stephen Kenny, who now has a win ratio of 6%, which really should be followed by SIX on a videoprinter (google it kids). As always, the reference point for lack of managerial success is Newcastle’s John Carver, sacked with a win ratio of 15%. I believe it was the late, great Len Shackleton who famously had a chapter in his autobiography titled The Average Director’s Knowledge Of Football that merely consisted of a single blank page” – Noble Francis.

“Can I be the first of 1,057 readers to announce their shock at the utter contempt for employees’ rights in the AFC Fylde job advertisement, not to mention an out of date reference to the ‘Premiership’? The next logical step is that this advert attracts far more applications than any of us critics could have imagined. The only thing missing to complete the risible picture was an indication that the salary is ‘competitive’, which is usually code for ‘how little is someone prepared to do this job for’. AFC Fylde will not have the financial resources of a would-be €uropean $uper £eague team, but paying someone a fair wage and treating them properly should not be beyond anyone” – Ed Taylor.

“I’ve noticed the latest fad in football appears to be ever more ridiculous goalkeeping gloves. Back in the days of Victor you can imagine Banks, Bonetti and Stepney agonising over whether to reach for the dreaded green cotton gardening gloves when it was raining stair rods. Fast forward to today and marvel at the keepers wearing what appear to be hi-tech welding gauntlets or fancy oven gloves with fingers. I wonder about an intervention by the ruling bodies to protect the integrity of the sport, like F1 when technology goes too far again. We all love a fantastic save but it’s goals we really want to see” – John Lawton. 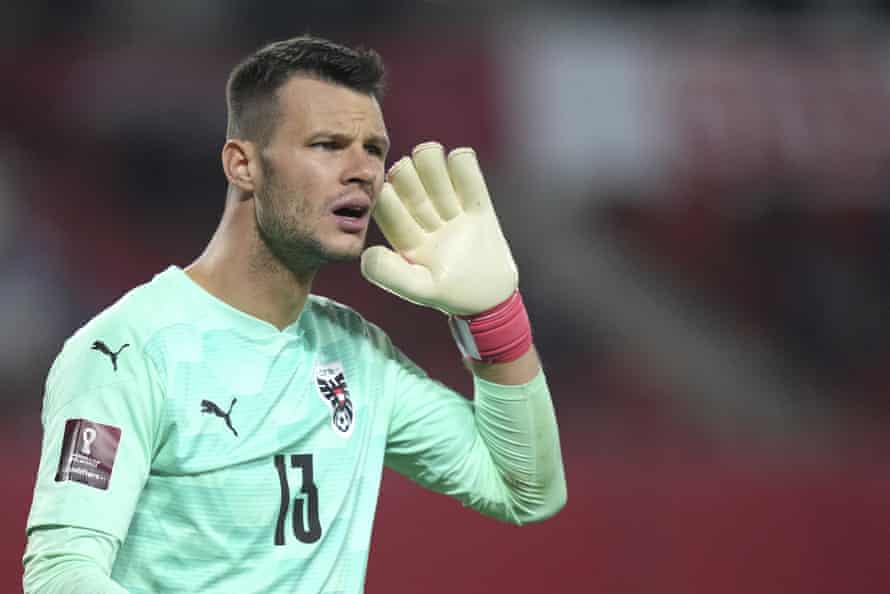 We hadn’t noticed but Daniel Bachmann’s gloves are dangerously close in size to those giant foam finger pointing ones they have at the baseball. Photograph: Matthias Schräder/AP

Send your letters to [email protected]. And you can always tweet The Fiver via @guardian_sport. Today’s winner of our prizeless letter o’ the day is … Ed Taylor

“What on earth is Arsène Wenger playing at?” This and many other of your questions are picked over by Max and the podders in our Football Weekly mailbag special.

The failure of social media companies to tackle racist abuse of footballers will lead to tragedy unless more is done, Anton Ferdinand has warned MPs.

Premier League clubs remain confident of selecting their Brazil players this weekend despite the threat of Fifa sanctions following the weekend’s fun and games in South America quarantine brouhaha.

Two more voices against Fifa’s biennial World Cup nonsense: Gareth Bale and Manchester City. “I like the tradition of every four years, it has the prestige,” trilled the Wales captain. “I don’t like every two years, I feel it loses that bit of history.” While City chief suit Ferran Soriano wailed: “There’s no space for anything.”

The uncapped Esme Morgan of Man City and Man Utd’s Katie Zelem have been included in Sara Wiegman’s first England squad, for their forthcoming World Cup qualifiers against North Macedonia and Luxembourg.

Lyndon Dykes reckons the togetherness engendered by Scotland’s 1-0 win in Austria can be a platform to secure qualification for Human Rights World Cup. “The players we have got in our squad are amazing,” he whooped.

Elsewhere, Republic O’Ireland salvaged a draw at home to Serbia while the Netherlands hammered Turkey and France eased past Finland.

And Marcus Rashford has reacted to news that minister for being ridiculous, Gavin Williamson, apparently claimed to have met the Manchester United striker when it was in fact England rugby player Maro Itoje. “[The] accent could have been a giveaway,” sighed the footballer, while Itoje helpfully tweeted: “Due to recent speculation I thought it was necessary to confirm that I am not Marcus Rashford… And whilst we are here my name is not Mario either!! Just a simple Maro Itoje will do… Much love, Marcu… I mean Maro Itoje.” 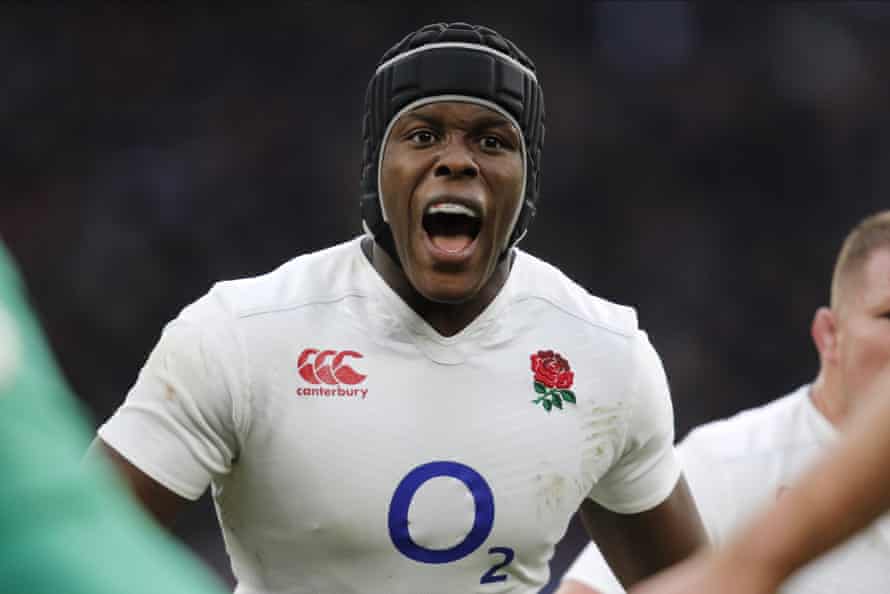 This week’s Knowledge looks at long gaps between footballers facing each other, the first team to wear all-blue and headed-goal percentages.

“If I’m in charge of the ball, I need to manage the game. That’s what I’ve improved on the most”: Jordan Pickford reflects on his development before the Human Rights World Cup qualifier in Poland.

Pablo Fornals gets his chat on with Sid Lowe about hammer signs, Bubbles, pie and mash and other lovable cockney aspects of life at West Ham.

‘STARTS THURSDAY AS USUAL WITH A CANTEEN QUIZ’

Mystery radio signal coming from INSIDE our galaxy detected