OLE GUNNAR SOLSKJAER has revealed that Manchester United are talking to Edinson Cavani about a new deal.

And that the Uruguayan star is listening. 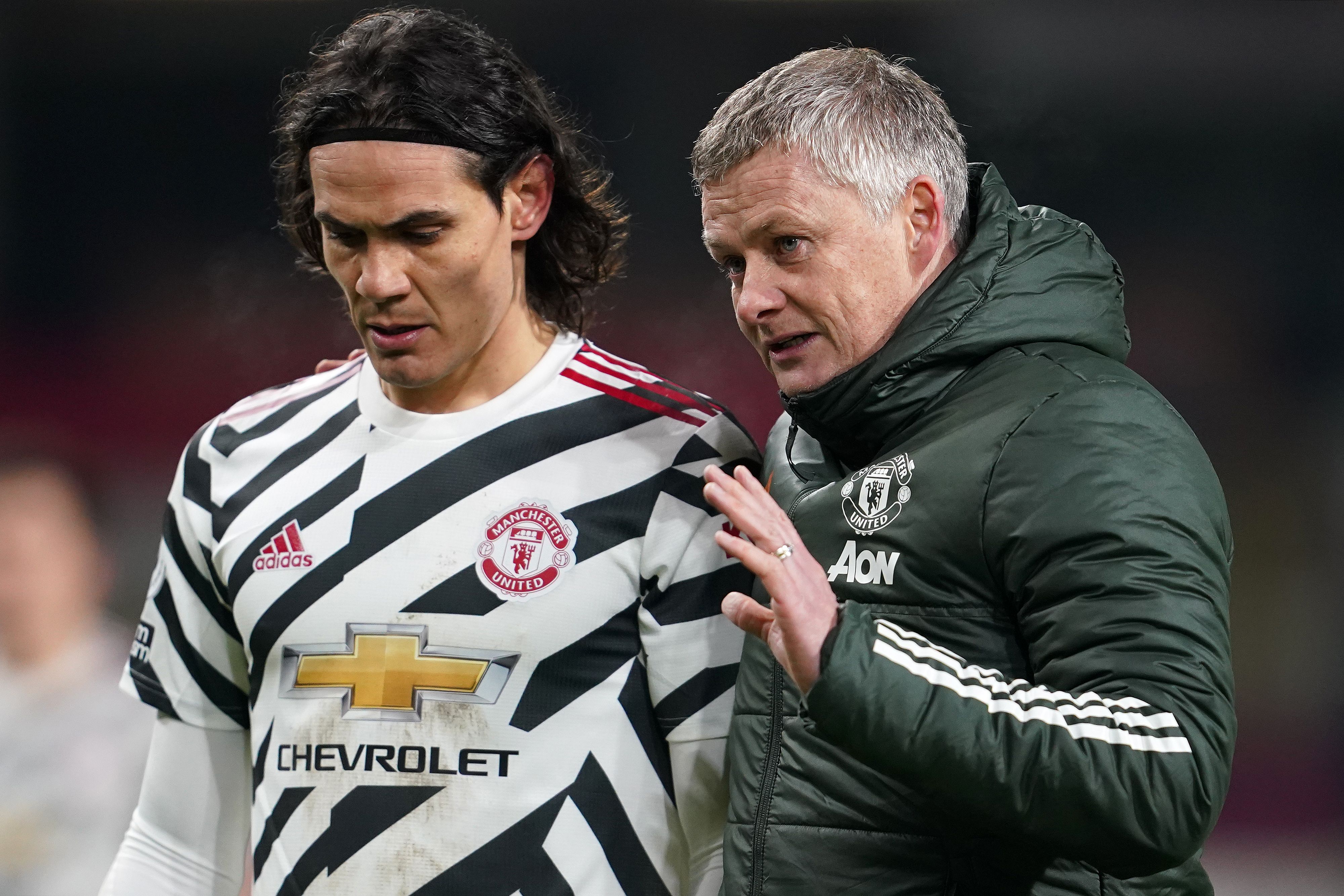 Ole Gunnar Solskjaer has revealed that the club are talking to Edinson Cavani about a new dealCredit: AFP

As Sun Sport revealed Cavani has grown unhappy over the sound of silence from within Old Trafford regarding a new deal.

He had been preparing to quit at the end of the season when his year’s contract runs out to realise a boyhood dream of playing for Boca Juniors.

The 34-year-old striker’s father declared he would be leaving while there are reports that he already has a verbal agreement with the Argentine club.

But Solskjaer and United hope the seven–goal frontman, expected to lead the line in today’s FA Cup clash with Leicester City, will still be around next season.

The Old Trafford boss insists: “We want a competitive squad and we need someone up there to score the goals for us.

“So we’re looking at it. We’re speaking to Eddy.

“Edinson is a top striker and whatever he decides to do, let’s see.

“But we’re in good dialogue with him.”

We want a competitive squad and we need someone up there to score the goals for us. So we’re looking at it. We’re speaking to Eddy.

Cavani is certainly acting like he has not finally decided to head back to South America.

He rallied Solskjaer’s troops as they go for a first trophy since the Europa League triumph of 2017.

United can reach the FA Cup semis today while a Europa League draw against eight-placed La Liga side Granada offers an optimistic route into a last four Europa clash with Roma or Ajax.

Cavani stresses: “If we’re all convinced that we can achieve what we want to, with the right amount of concentration and the determination that we need to have, we can do it

He also told Inside United: “Your winning mentality always comes from the work you put in on a day-to-day basis.

“Wanting to surpass yourself every day, wanting to prepare yourself to face up to difficult situations and when things get tough.

“I think that these are things that you can work on.”