OLE GUNNAR SOLSKJAER is agonising over who to make his number one goalkeeper in the final Premier League run-in.

Dean Henderson has enjoyed a run of six games while David De Gea was given time off for the birth of his first child. 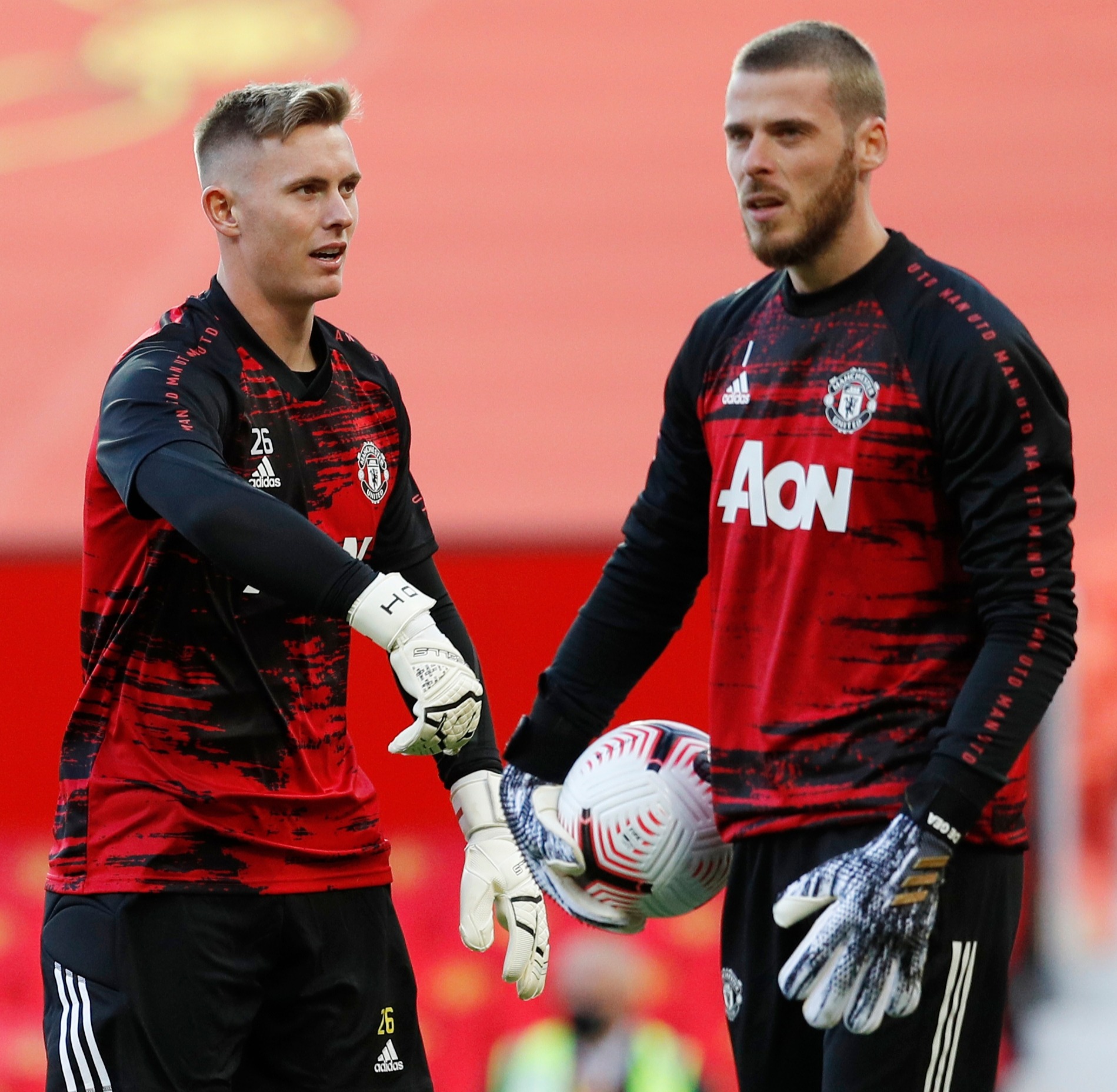 Henderson and De Gea are both fighting for the No1 spot at Man UtdCredit: The Mega Agency

But the Spanish star is ready to return and Manchester United boss Solskjaer has a big call to make for Sunday’s home game against Brighton.

A call that could well point to who will be his main man for next season.

“Where there can be potential tension and controversy, everyone wants to hear a comment from me.

“They are both top goalkeepers and both of them want to play as much as possible.

“But who we pick will be decided on merit and we have to think of who’s going give us a win on any given day.

“Both will be needed in these final nine league games and five in the Europa League because we want to go all the way in that.”

Henderson, 24, has kept three clean sheets in that six-game run and is determined to keep his place.

He returned from a season-long loan at Sheffield United with the aim in this campaign of unseating De Gea.

Solskjaer has always defended the 30-year-old Spaniard even though mistakes have started to slip into his game over the last two seasons.

While United progressed into the last eight of the Europa League before the international break, they were also knocked out of the FA Cup by Leicester.

They head into the Brighton clash targeting second place, which they still hold behind champions-elect Manchester City.

Having picked up just two points from a possible 18, Brighton’s form picked up before the international break as they beat neighbours Southampton away and hit three past Newcastle in their win at the Amex Stadium.

In the game at Brighton earlier in the season Man Utd infamously claimed all three points when they were awarded a penalty by VAR after the final whistle had gone.

Solskjaer said: “Since I came, we’ve played them quite a few times and always had hard fought games, difficult games.

“When you prepare for a game against Brighton you can see all our players with bright eyes because they really respect the way they play and the quality they have against.

“We have to be at our best to earn the right to play because you have to work really hard to get the ball off them.”