SLAVIA PRAGUE goalkeeper Ondrej Kolar appeared to suffered another serious injury – just a week after returning from a fractured skull.

The Czech Republic international and his team-mates were preparing to face Arsenal in the Europa League quarter-finals.

The Czech stopper appeared to badly hurt his shoulder 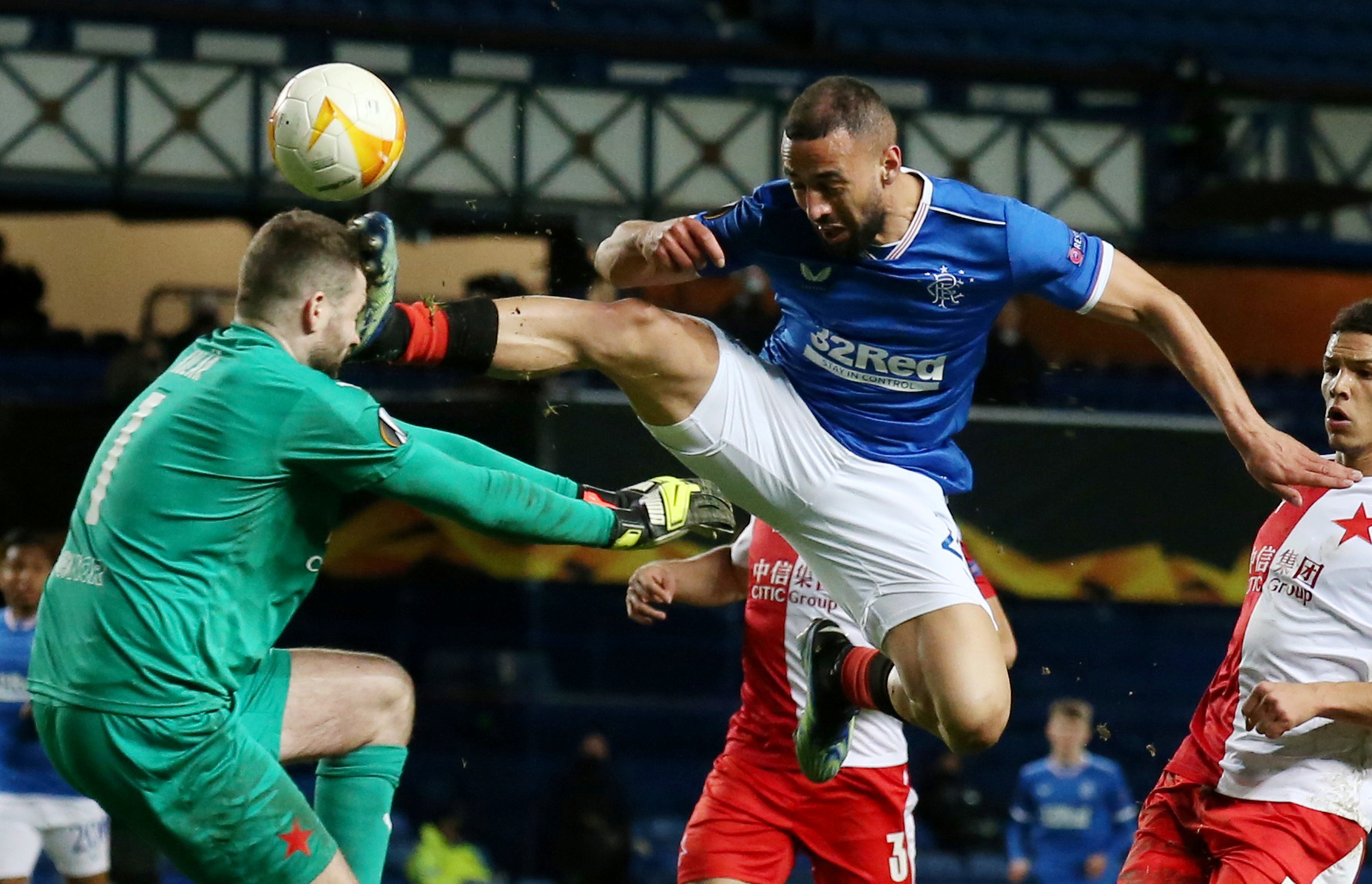 He has just returned from a fractured skull following a horrific challenge from Kemar RoofeCredit: Reuters

But the 26-year-old, who was already wearing a helmet with strapping, appeared to damage shoulder as the Slavia squad trained on Wednesday.

The keeper’s initial lay-off came after he received a brutal kick to the face from Rangers star Kemar Roofe in an earlier round of the competition.

Now, just days after Kolar returned to the pitch, he hurt himself again while attempting to make a save from Nicolae Stanciu on Wednesday.

The Romanian star consoled the stopper before Slavia’s physio raced over to give him medical attention before he left the session.

Kolar looked to be in agony as he struggled to lift his arm up, which cast huge doubts on whether he will miss the last-eight second-leg with Arsenal, with the score tied at 1-1.

Kolar sustained horrific injuries at Ibrox last month when Roofe’s boot connected with his head during a challenge for the ball.

The Rangers ace was sent off and handed a four-game ban, with Kolar now having to wear a protective helmet for the rest of his career.

Speaking about the incident this week, the keeper revealed the Gers still still had not apologised for the incident.

He said: “I read what he said. He said he was first to the ball, but he didn’t add that he kicked it out of my hand, collided with my leg and hit me on the head.

“He saw me the whole time. Anyone who has ever kicked a ball knows that the foot can always be pulled down. It’s a game of football, it shouldn’t be about my health.

“If I ever met him again I’d say nothing. I’d wait for him to see if he apologised and asked about my health.

“I waited for Roofe to write me a message on Instagram for example. Instead, I read hate messages from Rangers fans, ‘he should have kicked your head in’…’he should have broken your spine.’

“I know things aren’t good between Slavia and Rangers right now, but that?

‘” was disappointed that Roofe did not apologise through the media. I’m not vindictive, I don’t need him to give me something back, but he should think more because maybe the next time, he could ruin someone’s life.”