The pundit was dragged into the age-old debate regarding the two iconic football figures. 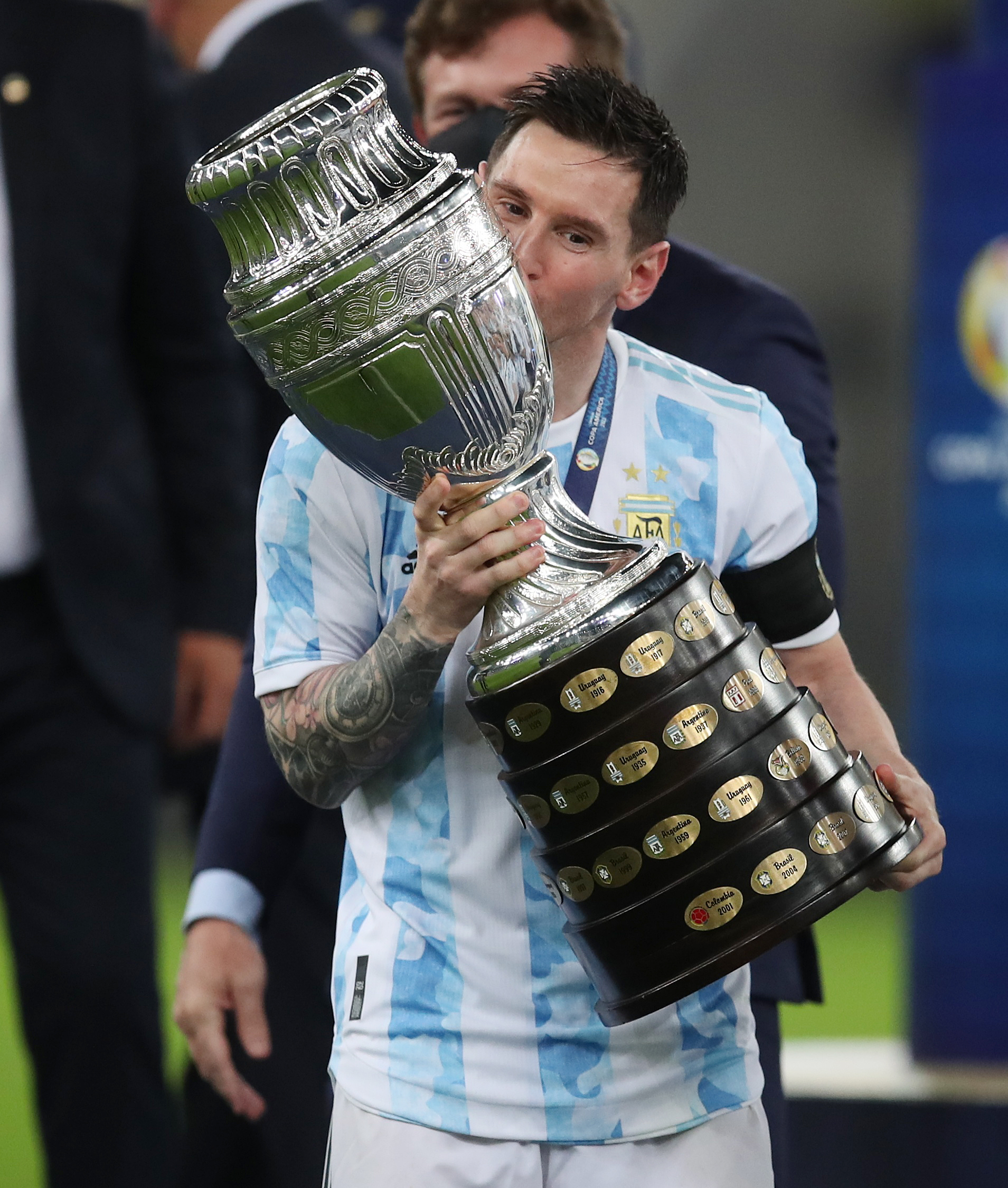 But viewers hit out at the error-strewn graphic Sky displayed on their Monday Night Football coverage.

Comparing the pair’s career achievements, it said Messi had zero international titles to his name.

That is despite the fact the Paris Saint-Germain forward led Argentina to the Copa America crown THIS summer.

To make matters worse, the graphic suggested Messi had three Champions League winner’s medals – clearly forgetting one of his triumphs in 2006, 2009, 2011 or 2015.

And Messi supporters were further aggrieved to see Ronaldo was credited with two international honours – therefore counting the inaugural Uefa Nations League as a major title for Portugal.

However, the Argentine’s 2008 Olympic gold medal was also omitted.

He tweeted: “To be fair, it’s such a long time since Messi led Argentina to victory in Copa America, they’re entitled to forget it.”

A third added: “And if they’re including the nations league as a major tournament then the Olympics should be there too. Ronaldo is brilliant but Messi is quite comfortably the greatest player to play the game.”

Neville and sparring partner Jamie Carragher was analysing Ronaldo’s two-goal return for Manchester United ahead of Everton vs Burnley.

And the Portuguese superstar’s former team-mate said: “I just feel with the international goals records, the Champions Leagues and the variety of goals that he’s scored, it takes me to think that he is the greatest football player of all time.

“He does make the [United] team better… he makes them more likely to win the title than three weeks ago.

“Something inside me tells me that I don’t think he’ll quite make them the team that will make them win the title this season.”

Carragher was having none of it though.

He fired back: “No one is not a huge fan of Ronaldo or Messi. Ronaldo is not the greatest player of all time.

“It doesn’t matter how a ball goes in the net… Messi’s got a better goal record than Ronaldo. He’s also a playmaker, Messi can run a game – Ronaldo can’t.

“Ronaldo can maybe do things that Messi can’t but Messi takes you to a place where you can’t actually believe what you’re seeing.