THE Premier League’s televised fixtures for the month ahead have been announced – including a mouthwatering clash between Arsenal and Manchester United.

The league leaders travel to Mikel Arteta’s in-form Gunners at 5.30pm on Saturday, January 30 for a clash live on Sky Sports. 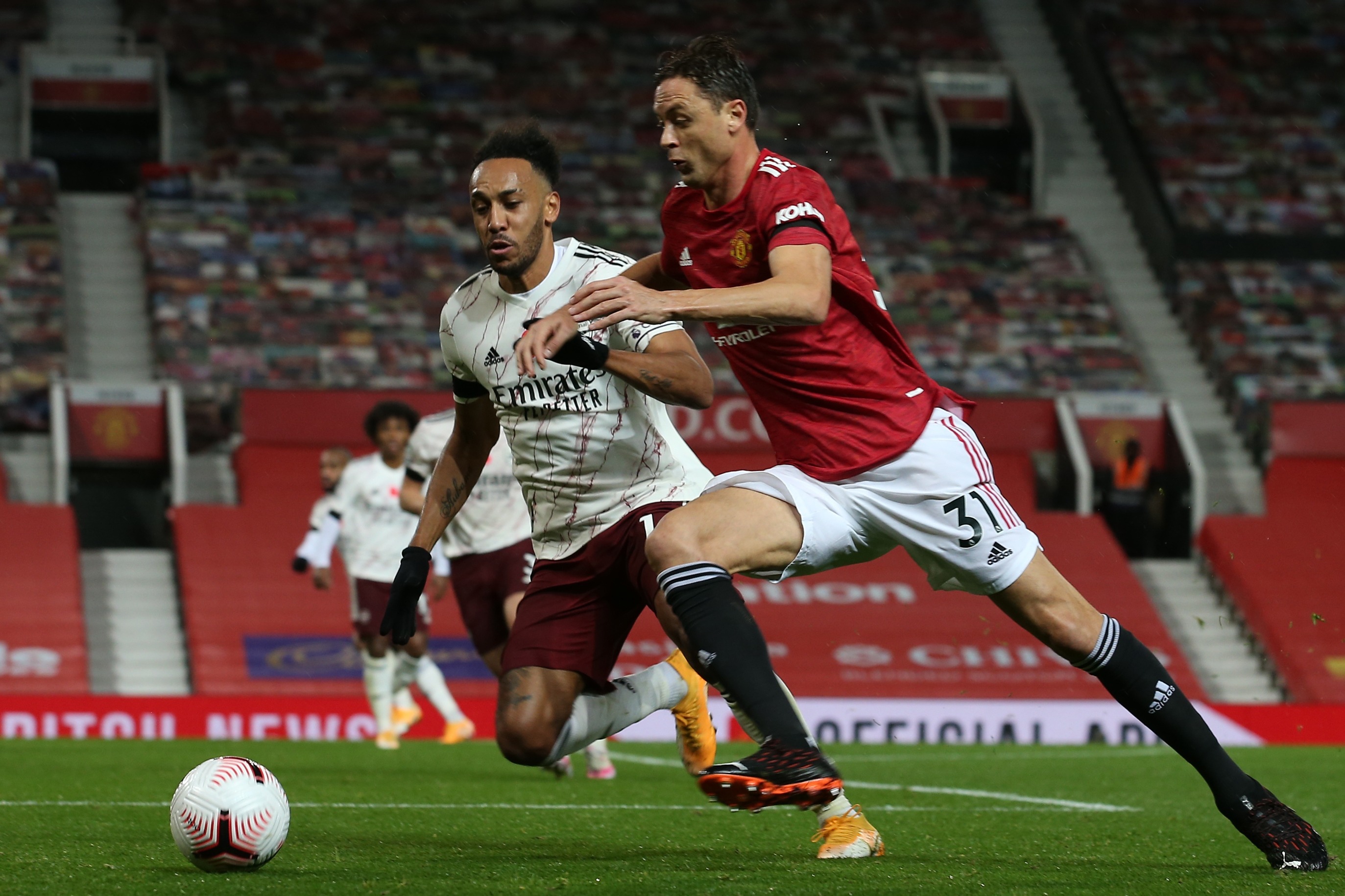 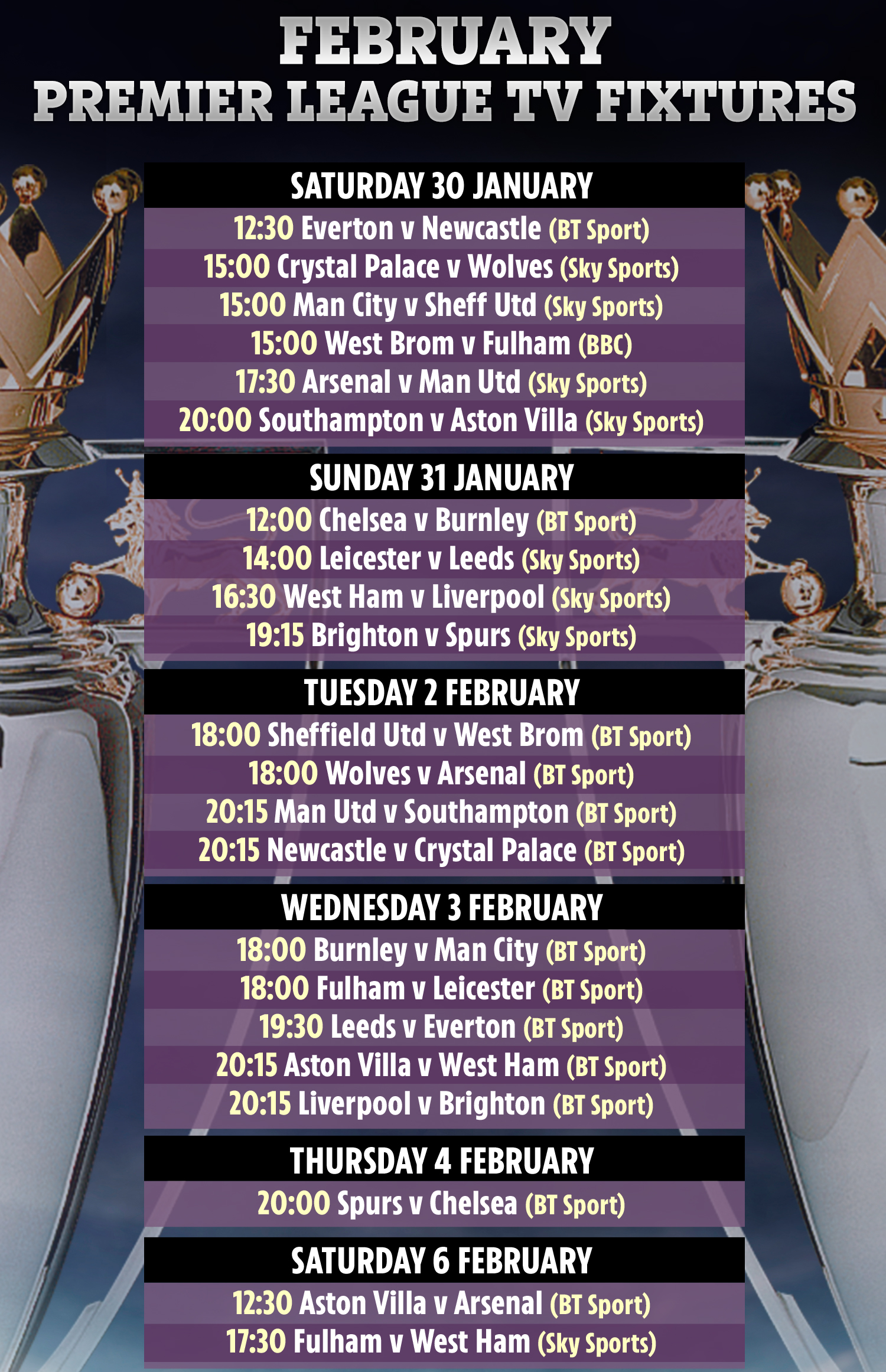 With fans no closer to returning to stadiums, the entire fixture list will continue to be shown.

A shareholders meeting on Wednesday gave the green light to continue with round-the-clock football, while preparing for seeing out the season without supporters.

And another game has also been confirmed for terrestrial tele.

West Brom’s match with Fulham on January 30, kicking off at 3pm, will air on BBC.

Standout games in February include Tottenham’s clash with Chelsea on Thursday, February 4 at 8pm – which will be on BT Sport.

The following weekend, on Sunday at 4.30pm, Liverpool host Manchester City on Sky in a potentially huge title bellwether. 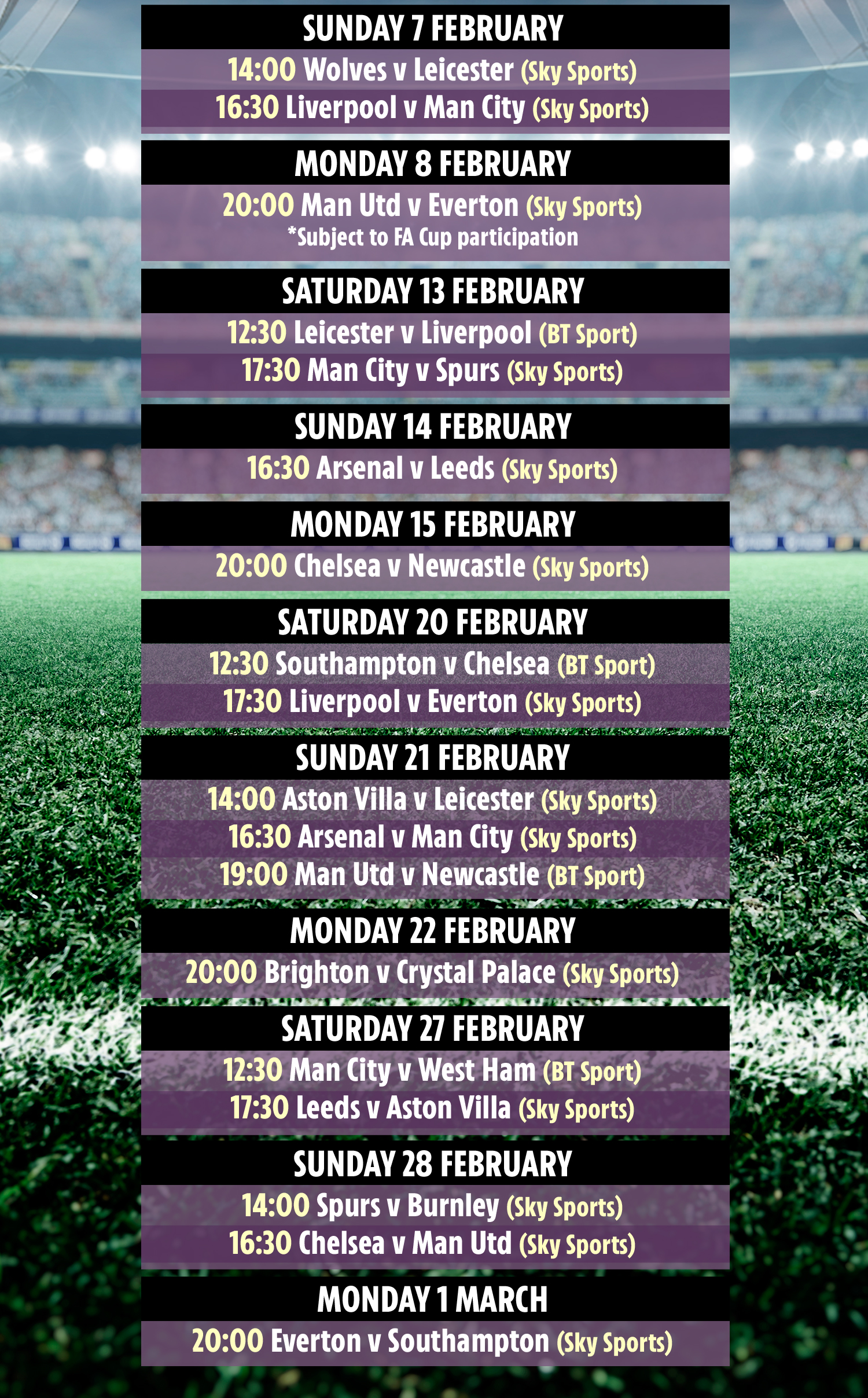 Jurgen Klopp will see his squad tested to the full with the Merseyside derby only seven days later, live on Sky at 5.30pm.

City then head to Arsenal on Sunday, February 21 for a 4.30pm clash on Sky.

The final ‘Big Six’ meeting of the month sees Manchester United head to Chelsea on Sunday, February 28 for the evening game on Sky.

Wednesday’s statement insisted that the Premier League has not given up on fans’ return, while it works with the Government to consider a wide range of possible avenues.

It read: “The Premier League and its clubs are committed to an accessible solution for fans.

“These plans have been made with the cooperation of our broadcast partners, working with us to deliver these additional matches while stadiums are missing the supporters who are such an integral part of the game.”