DWIGHT YORKE has revealed he was Sir Alex Ferguson’s first-choice striker when he arrived at Manchester United in 1998.

The Premier League winner played up front with Andy Cole, Teddy Sheringham and current boss Ole Gunnar Solskjaer during his time at the club. 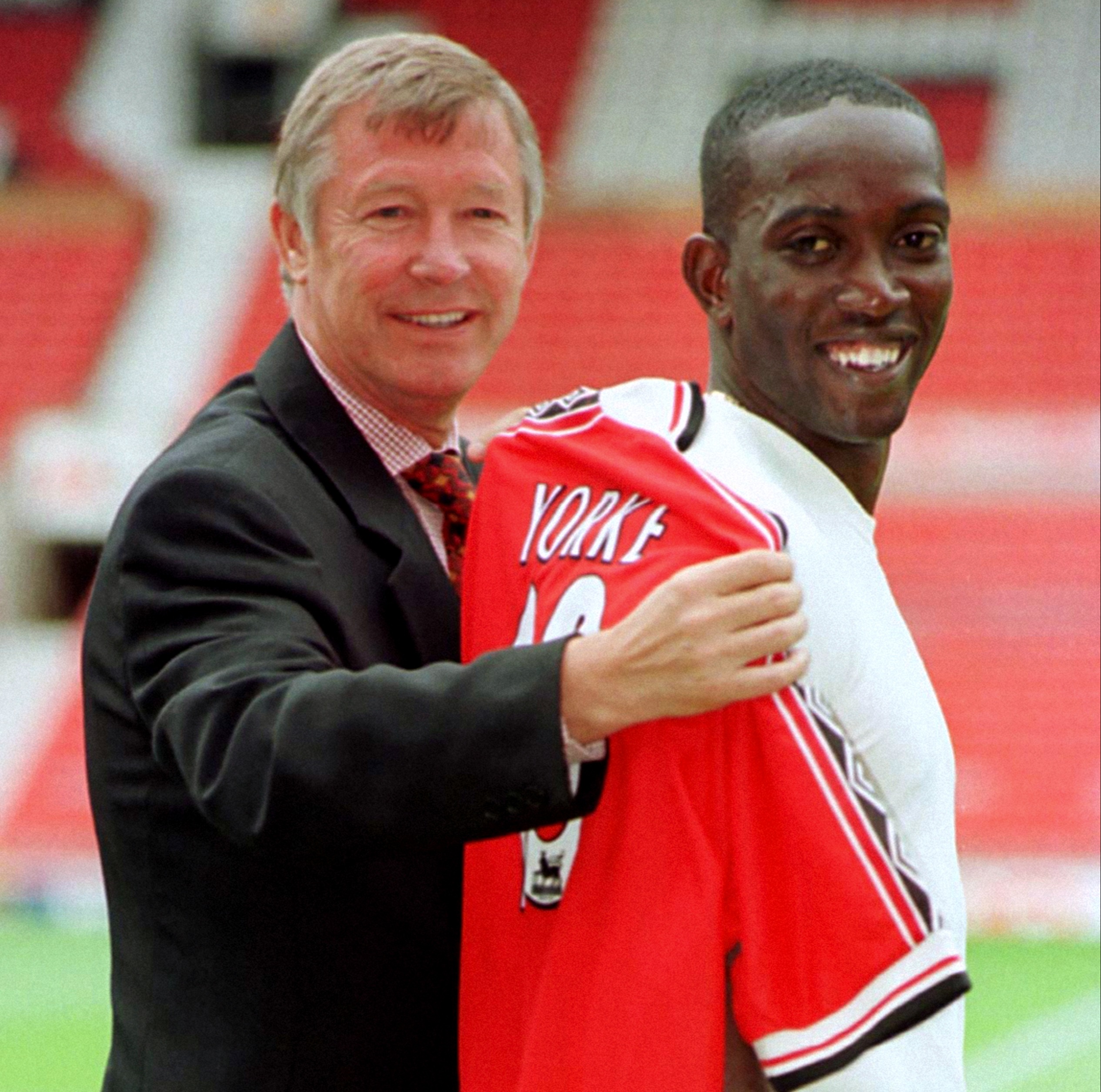 Ferguson and Yorke pose for the cameras in 1998Credit: PA

The 49-year-old recalled a private conversation with Ferguson in an interview with TalkSport.

Yorke revealed: “He said, ‘We want you here at the football club, we’ve watched you a few times, we know how good you are, you just need a platform to excel’.

“I knew that I was coming up against some excellent players, like Teddy, Ole and Coley.

“I said, ‘What about all the rest of them?’ And he said, ‘You are my number one’. That was enough.

“That was all I needed to hear from him.”

Yorke joined United from Aston Villa in 1998 having scored 61 goals in the previous three seasons.

He went on to win the treble in his first season at Old Trafford, scoring 18 Premier League goals to win the Golden Boot.

The Trinidad and Tobago international scored another 20 league goals the following year as they retained the title, but his form began to drop and he was sold to Blackburn Rovers in July 2002.

Yorke went on to play for Birmingham City, Sydney and Sunderland before retiring in 2009.

He praised Solskjaer’s team in an interview with SunSport in January, saying their forwards are ‘as good as you can get right now’.

Ferguson recently admitted that some of his transfers ‘weren’t the best players’ but they had the mentality to succeed.

Meet Campbell Hatton, the 20-year-old looking to emulate legendary dad Ricky after being inspired from ringside