Shoretire, 17 came on to become United‘s youngest EVER player in Europe as FIVE academy products finished the 0-0 draw with Real Sociedad. 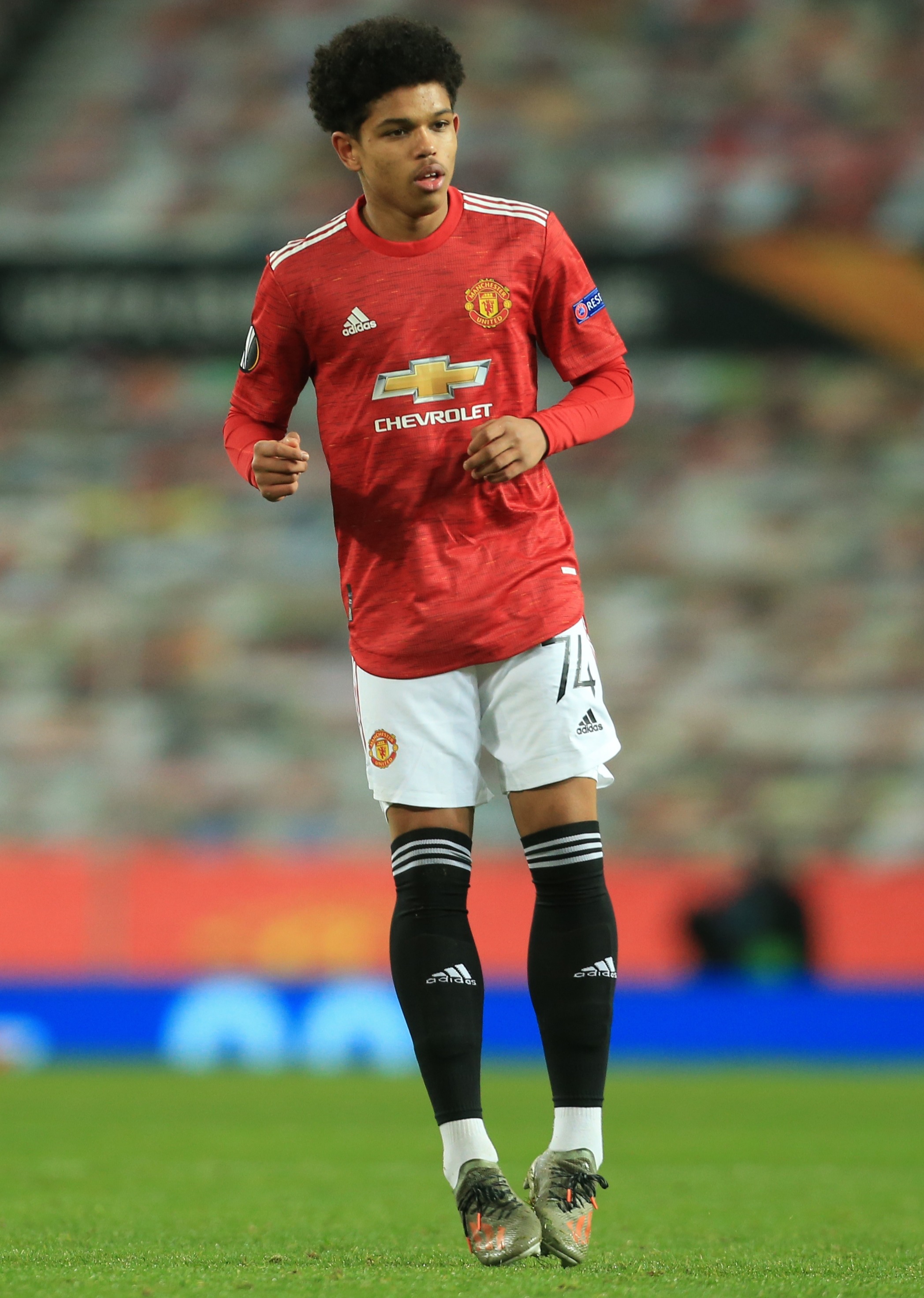 Shola Shoretire is United’s seventh-youngest player ever and now no-one younger has played for the Red Devils in a European gameCredit: Getty Images – Getty

United’s 4-0 first-leg win set up the aggregate cruise into the Europa League last 16.

And it gave boss Solskjaer the chance to dip into the future as he bids for silverware in the present.

In fact, as Shoretire replaced another academy starlet in Mason Greenwood, it meant United fielded a super six home-grown talents over the whole game.

And with Shoretire having made his United debut just four days earlier, Solskjaer was in the mood for Sho-gloating after the starlet’s cameo against the Spaniards.

The Norwegian said: “Shola has got some skills, he’s going to make a very good player here.

“It’s a platform tonight, just 15 minutes but it’s something to remember for him at Old Trafford.

“Maybe he would’ve enjoyed it more with fans because they give you so much energy. But I’m sure all the fans will see him soon.”

Solskjaer also suggested the United squad is perfectly-equipped to integrate such youngsters.

He said: “We are a group that are very tight together. You come in, your work every day, you have a few setbacks and knocks.

“We want to go further but when you have failed before you want to do better.

“The culture is really improving and we’ve got some fantastic players and fantastic coaches.”

Shoretire had become United’s seventh-youngest player ever when he stepped on for Rashford in the final couple of minutes in United’s 3-1 defeat of his home-town club Newcastle on Sunday.

Indeed, in the Premier League era only Angel Gomes has been younger.

Shoretire also wore the highest shirt number ever for a United player in a competitive match – 74.