FORMER Inter Milan and Porto star Fredy Guarin has been arrested in Colombia after allegedly assaulting his parents.

Alarming footage was posted on social media of the midfielder angrily clashing with police as they detained him. 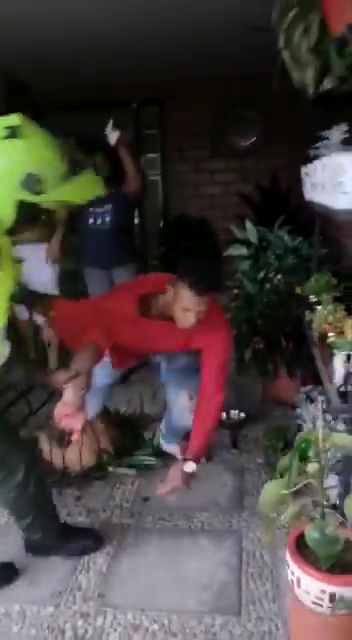 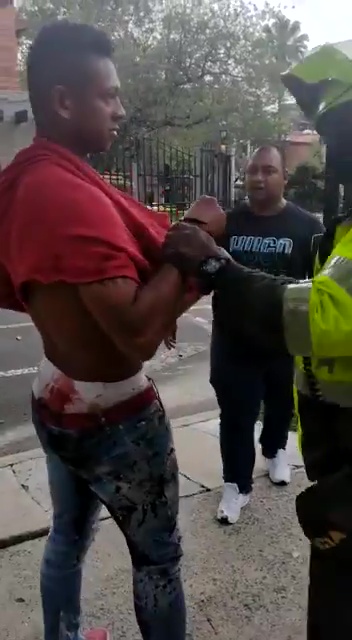 What appeared to be blood was smeared across the footballer’s jeans and handsCredit: Twitter

Guarin, 34, is seen in a video released by BluRadio Colombia being dragged out of a house in Envigado, north-western Colombia.

What appears to be blood is clearly visible on his hands and down his jeans.

He attempted to wrestle away from a police officer’s grip before standing shirtless while a search was carried out.

A statement from police director general Jorge Vargas outlined an allegation that the footballer had assaulted his parents.

He said: “When the police arrived, they found personal injuries had occurred inside a house where the son was involved in a fight with his parents.

“The parents asked for assistance so that this person was taken away.”

Police also announced, in statements seen via Clarin, allegations that Guarin attacked officers and medical personnel after his detention.

The former Colombia international had returned to his home country in January to sign for Bogota club Millonarios. 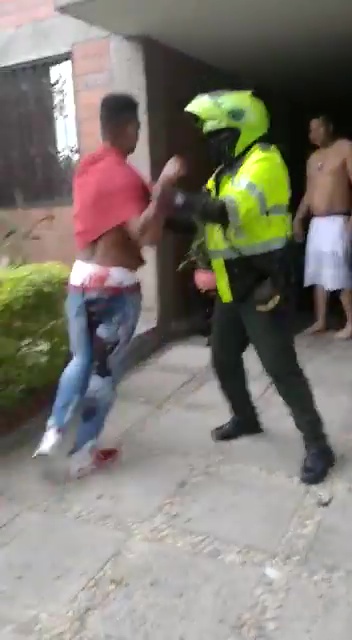 Guarin initially attempted to wrestle away from the officer’s gripCredit: Twitter 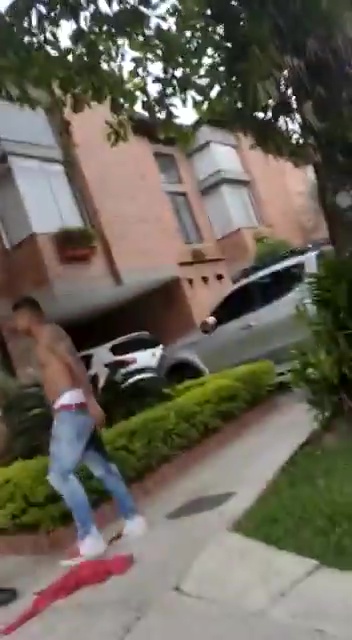 The midfielder was seen waiting with his shirt on the floor after the struggleCredit: Twitter

Following criticism of his weight and performances, rumours circulated that he was about to quit the team and he had recently taken time off training.

Millonarios have released a statement calling for their player to receive the necessary treatment following the incident.

“We send all of our support to his family.

“We will be by [Fredy’s] side so that he receives the professional help that he needs at this critical moment.

“He has given much to Colombian football and we will always appreciate his love for Millonarios. Our strength to Fredy!”

According to Marca, friends are concerned for Guarin’s state of mind following the arrest.

Fellow star of Colombian football Tino Asprilla has called on onlookers not to ‘crucify’ the player.

He said on Twitter: “It is not time to re-crucify.

“I want to send a special greeting to Fredy Guarin and his family. Solidarity.

“I ask people to have a lot of love and affection for Fredy in this difficult time that he is living. Fredy, I love you very much. A hug. God bless you.”

Guarin emerged as a star midfielder with Colombian side Envigado, based where the arrest occurred, before enjoying stints with Saint-Etienne, Porto and Inter.

After almost a decade in European football, he left to join Shanghai Shenhua in 2016 and had recently played for Vasco de Gama in Brazil.

Pablo Escobar’s Hippos Have Created an Ecological Crisis in Colombia

Are Tesco, Asda, Sainsbury’s and Aldi open over the bank holiday weekend?