SIR ALEX FERGUSON is widely considered to be the greatest Premier League manager of all time.

The Scot absolutely dominated the division with Manchester United, winning 13 of the first 21 editions of the re-branded league before retiring in 2013. 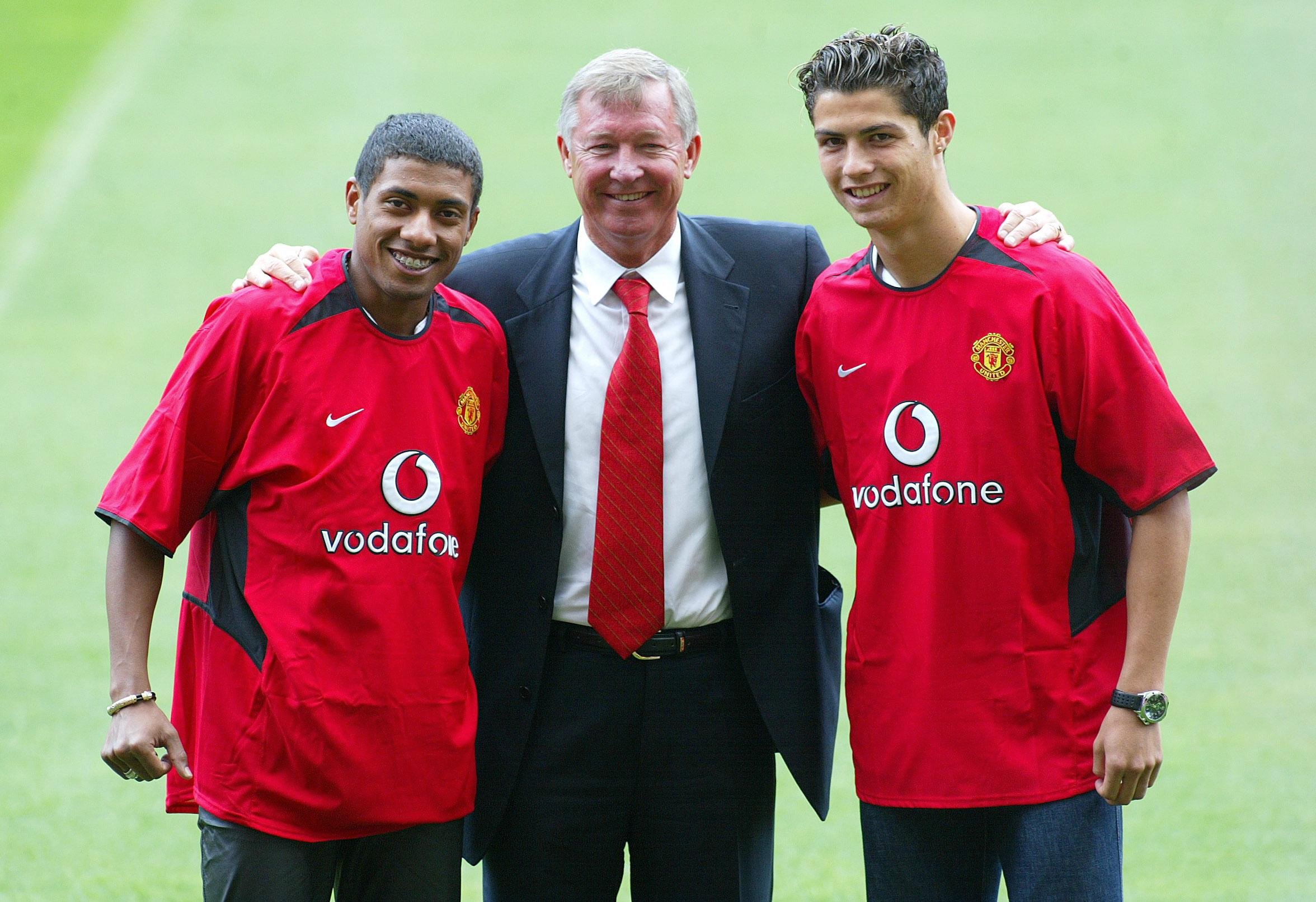 Not all of Ferguson’s buys were as successful as others…Credit: PA:Press Association

Legends Alan Shearer and Ian Wright unanimously agreed on a MOTD Top Ten podcast that Ferguson was easily the league’s greatest ever boss – and it’s easy to see why.

A master motivator, a psychological genius, Fergie was a supreme decision maker in the Old Trafford hot-seat.

From Bruce and Pallister to Ronaldo and Rooney – Ferguson was adept at making perfect acquisitions all over the pitch.

But not all of them came off…

We take a look at some of those rough diamonds that could never quite be polished. 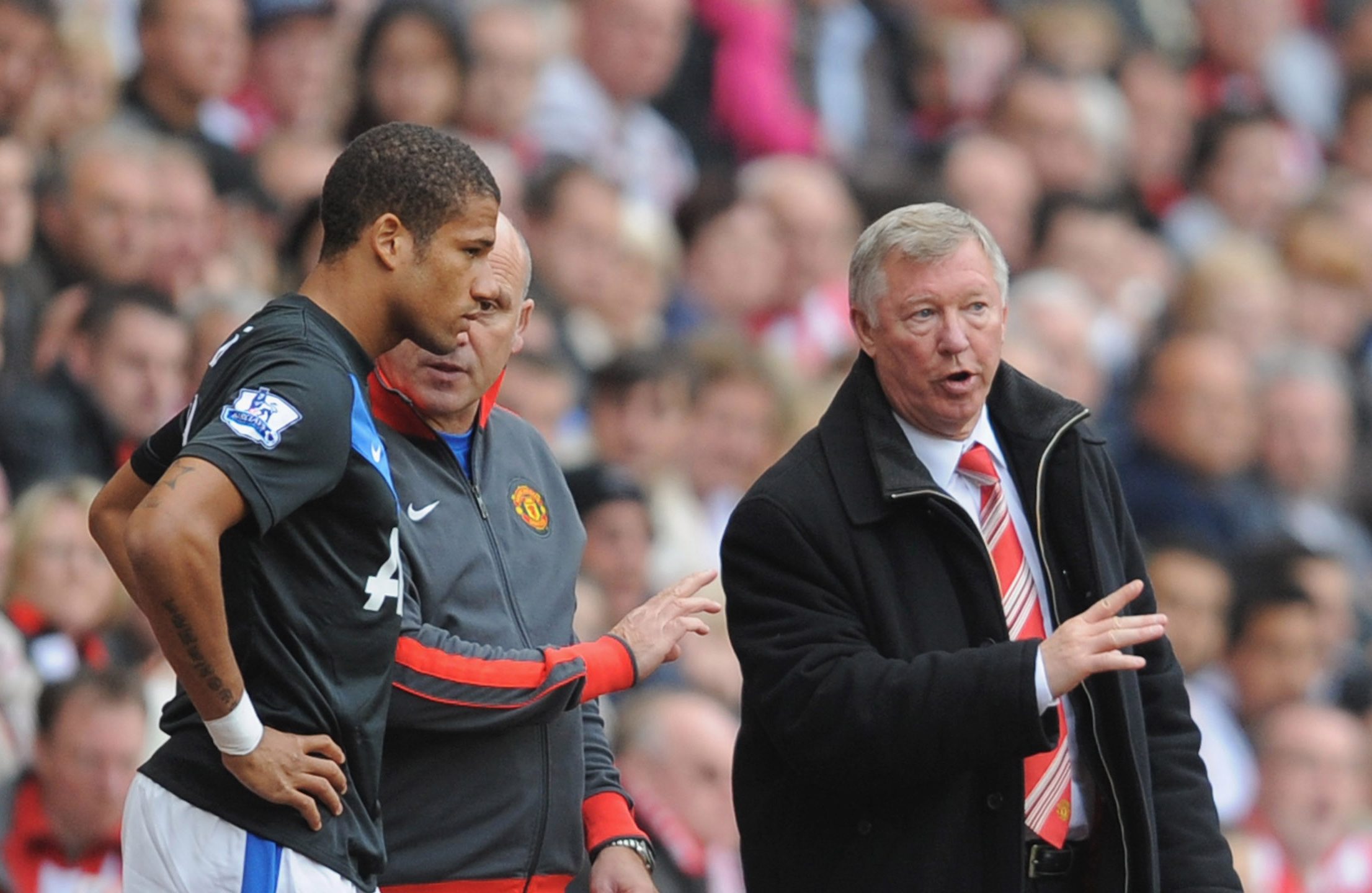 Bebe sadly failed to make the grade at Old Trafford

Bebe’s whirlwind rise from a shelter in one of Lisbon’s poorest areas to £7.4million Manchester United signing was inspiring… his Old Trafford career was a disaster.

In just 18 months the 20-year-old had gone from playing amateur football for local club Loures to being a multi-million pound signing for the champions of England.

After a year starring in the third-tier of Portuguese football, Bebe earned a move to top-flight club Vitoria Guimaraes in the summer of 2010.

Following good performances in pre-season, however, he found himself packing his bags once again just five weeks after arriving – because the Red Devils had matched his release clause.

He clearly wasn’t ready for the step up, and suffered the humiliation of being substituted as a replacement himself against Wolves in November 2010.

This quickly lead to Bebe becoming a joke figure at Old Trafford, although he did manage cup goals against Bursaspor and Wolves.

He was swiftly farmed out on various loan spells before leaving United in 2014, signing for Portuguese giants Benfica but finding their first-team equally hard to crack.

After a spell at Eibar, the 29-year-old currently resides in the Spanish second tier with Rayo Vallecano – for whom he has scored three goals for this season. 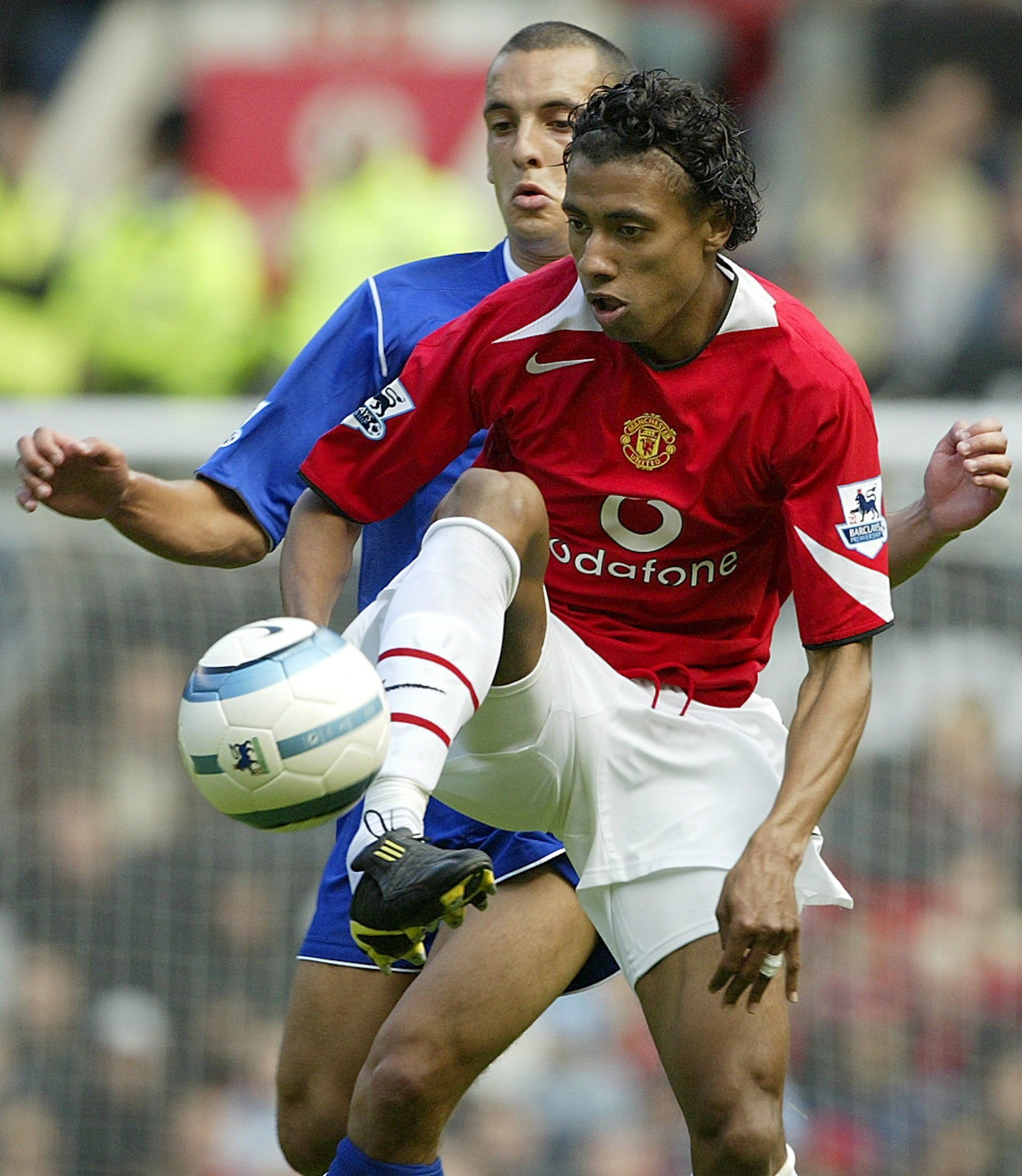 Kleberson struggled to adapt to the rigours of the Premier LeagueCredit: Reuters

Brazilian Kleberson arrived at Manchester United amid much fanfare in 2003, having starred in his country’s World Cup win the year before – even playing all 90 minutes of the final.

The Red Devils beat off competition from the likes of Barcelona, Leeds United and Celtic for his signature – but his time at Old Trafford was an unfortunate failure.

A lack of fellow Portuguese speakers led to the £6.5m signing growing isolated, swiftly losing the confidence to produce the flair that he had so often illustrated for Atletico Paranaense and Brazil.

He departed Old Trafford for £2.5m after just two years and 30 appearances, later telling the MEN: “When the team isn’t doing well, it’s hard to change your style, I couldn’t do it, when I came to Man United I tried to change the player I was, more passes, more aggression, more tackles, but it’s too hard and wasn’t what my game was about.

“From 17 to 24 years old, I was playing that fluent Brazilian style, to move the ball quickly and receive it in space.

“At Man United I had tough moments a lot of the time, I got a lot of injuries and struggled a lot.”

Now 40, Kleberson coaches the academy at American side Philadelphia Union. 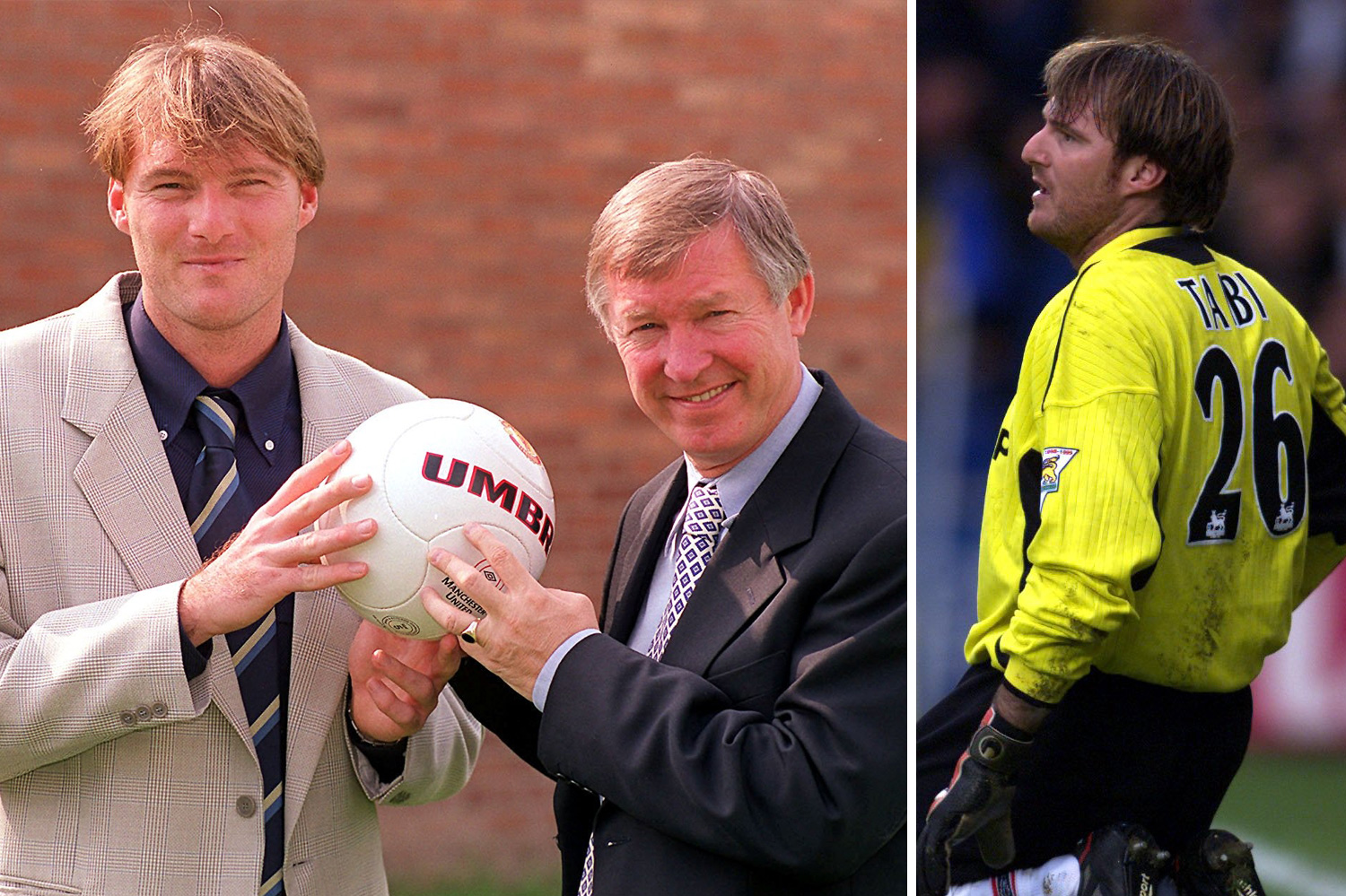 In the afterglow of achieving the pinnacle of his career, a historic treble sealed on that famous night in Barcelona, Peter Schmeichel left Old Trafford for Sporting Lisbon.

The Dane had been a pillar of United’s success and his gloves were always going to be tough to fill.

It is easily forgotten that he earned man of the match in the first of his four United appearances following his £4.5m switch from Venezia.

This is because of his horrendous mistake against Southampton, with which he would become synonymous.

A pee-roller of a Matt Le Tissier effort was trundling harmlessly towards the Italian, before skipping off a divot and farcically bouncing over his hapless frame.

After also featuring in a 5-0 loss to Chelsea, Taibi was shunted back to Serie A initially on loan less that six months after arriving – and was not seen on these shores again after a £2.5m departure in 2000.

Now aged 50, Taibi is a director at Reggina. 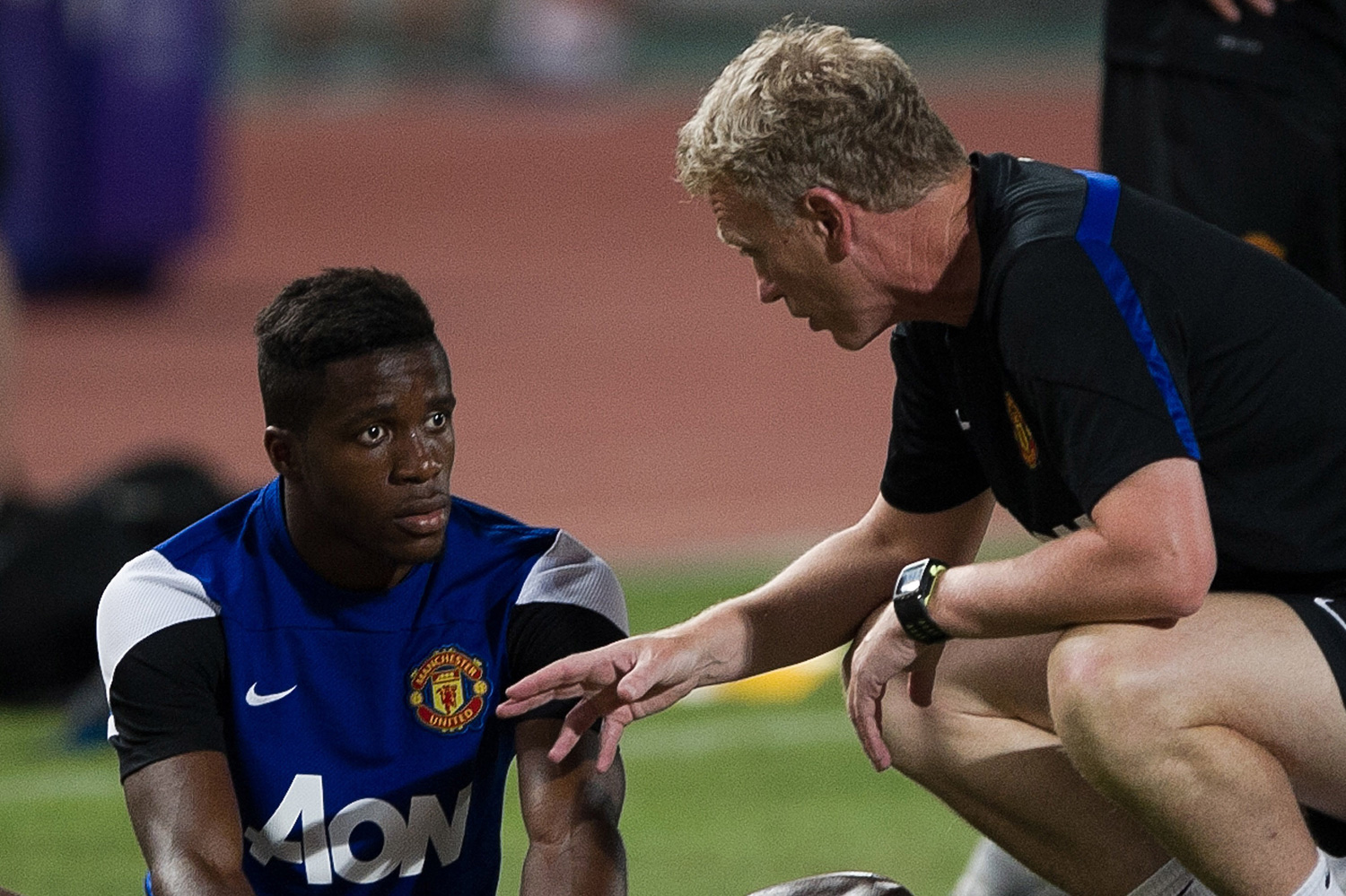 Zaha signed for Ferguson… but arrived under Moyes

On January 26 2013, Sir Alex Ferguson made his final signing as Manchester United manager.

A 20-year-old Wilfried Zaha had been tearing up the Championship, illustrating the kind of tricky wing-play that Sir Alex absolutely loved.

The Ivorian signed for United for £15m before returning to Palace on loan for the remainder of the season.

He subsequently succeeded in getting his boyhood club promoted, but there was just one problem when he got back to Old Trafford.

Zaha was never fancied by Fergie’s successor David Moyes, only making four appearances before being ditched and eventually allowed to re-join Palace for just £6m in 2014.

He has since grown and improved as a player, and the Ivory Coast international has a number of top clubs chasing his services again after some impressive displays for the Eagles. 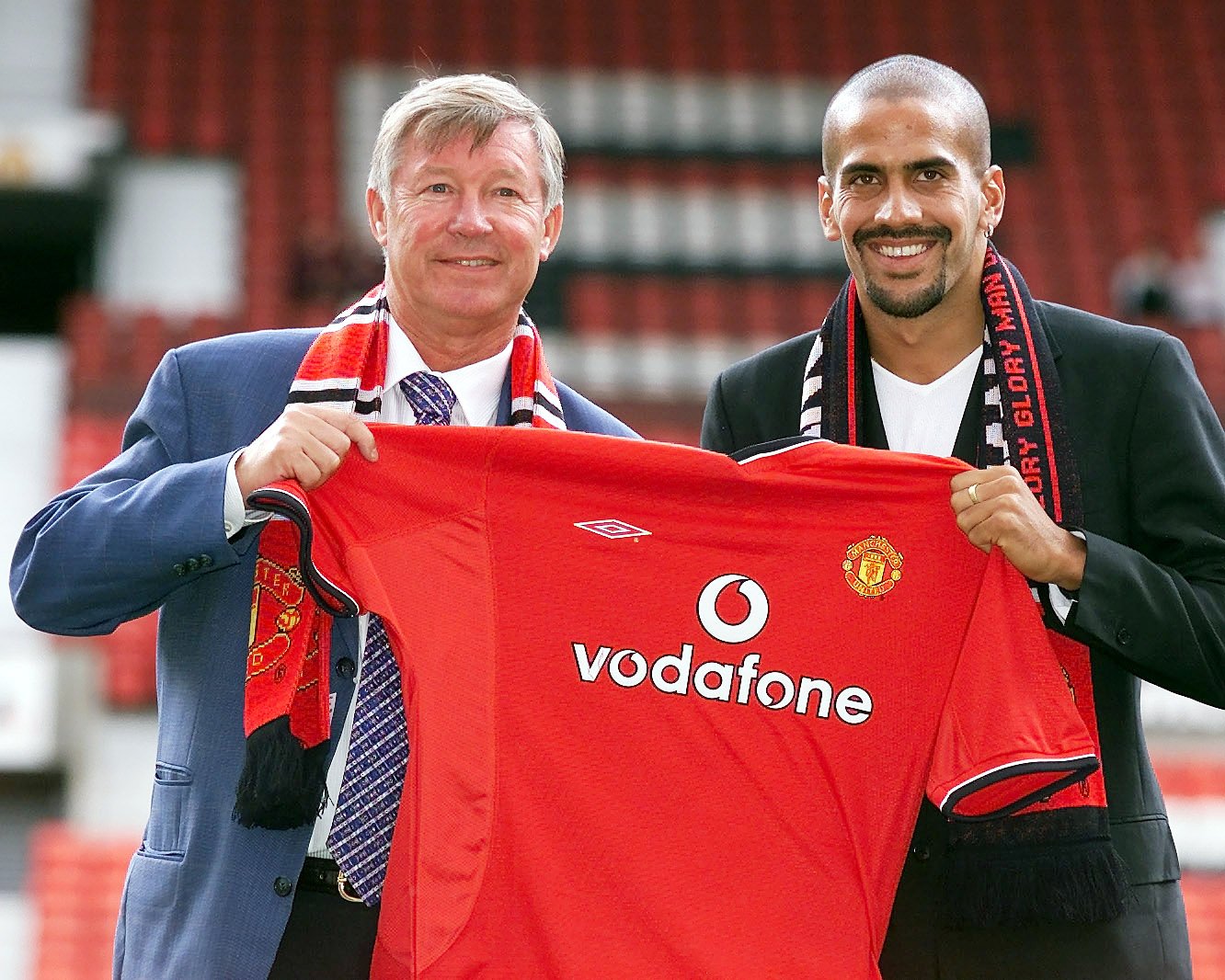 The £36m deal rocked the Premier League and much was expected of the Argentine.

There were initially good moments, he won the division’s Player of the Month award in September of that year – showing flashes of brilliance, particularly in the Champions League.

Fitness struggles followed, however, with Veron failing to cope with the relentless pace of English football.

Criticism of his performances began to grow, but Ferguson defended his man, once ranting at the end of a press conference: “He [Veron] is a f***ing great player and you’re all f***ing idiots.”

But the consensus was that United’s expensive gamble hadn’t come off, and they took an enormous £21m hit on him when he was allowed to move to Chelsea in 2003.

Former team-mate Rio Ferdinand recently opened up on what may have cost Veron in his time at Old Trafford, telling the Mail: “He was an unbelievable player, great passer.

“The only thing I think that killed him was Roy Keane was probably a bit more of a dominant personality and was picking the ball up in his positions.” 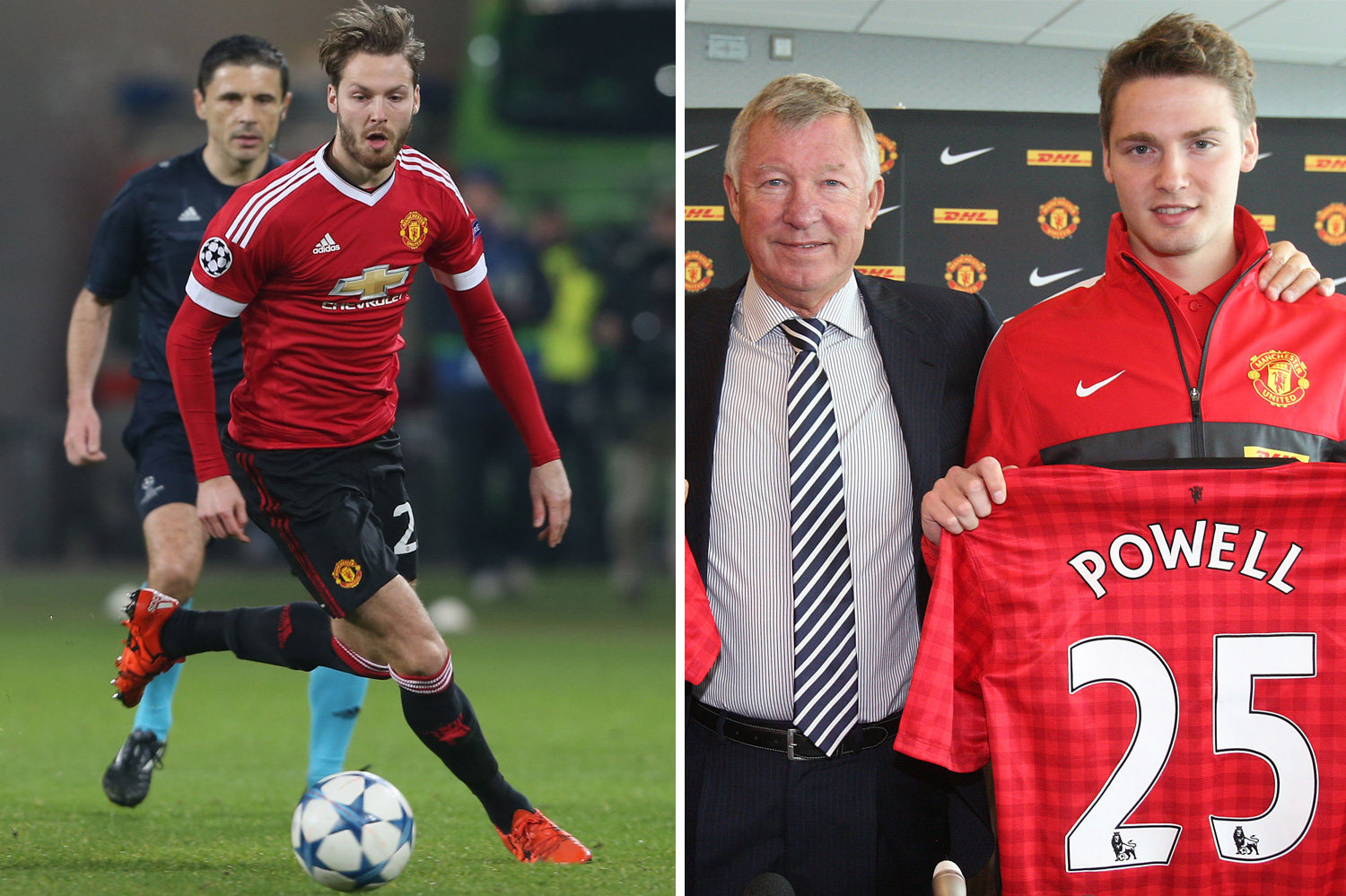 At just 18 years of age, Powell had become one of English football’s hottest young properties when he capped off a remarkable season with Crewe Alexandra by scoring an absolute beauty in the League Two play-off final.

Manchester United, for so long the best place for top English talents to be nurtured and helped to flourish, agreed a deal worth up to £6m to bring him to the Theatre of Dreams.

The creative midfielder had Old Trafford jaws on the floor when he scored another blockbuster strike on his United debut, belting one in from 20 yards against Wigan Athletic.

But things quickly began to fizzle out for Powell at United, particularly after Ferguson’s departure in 2013.

After a number of injuries and loans, the once hotly-tipped talent’s United appearances swiftly became sporadic… and notorious.

He played 57 minutes of the Red Devils’ humiliating 4-0 defeat by MK Dons under Louis van Gaal – and gained mocking status when brought on for Juan Mata against Wolfsburg with United chasing a crucial Champions League goal.

Van Gaal’s side lost that match, crashing out of Europe, and Powell found himself moving to Wigan on a free transfer in 2016.

After playing well in League One and the Championship for the Latics, the now-27-year-old finds himself at Stoke City in the second-tier. 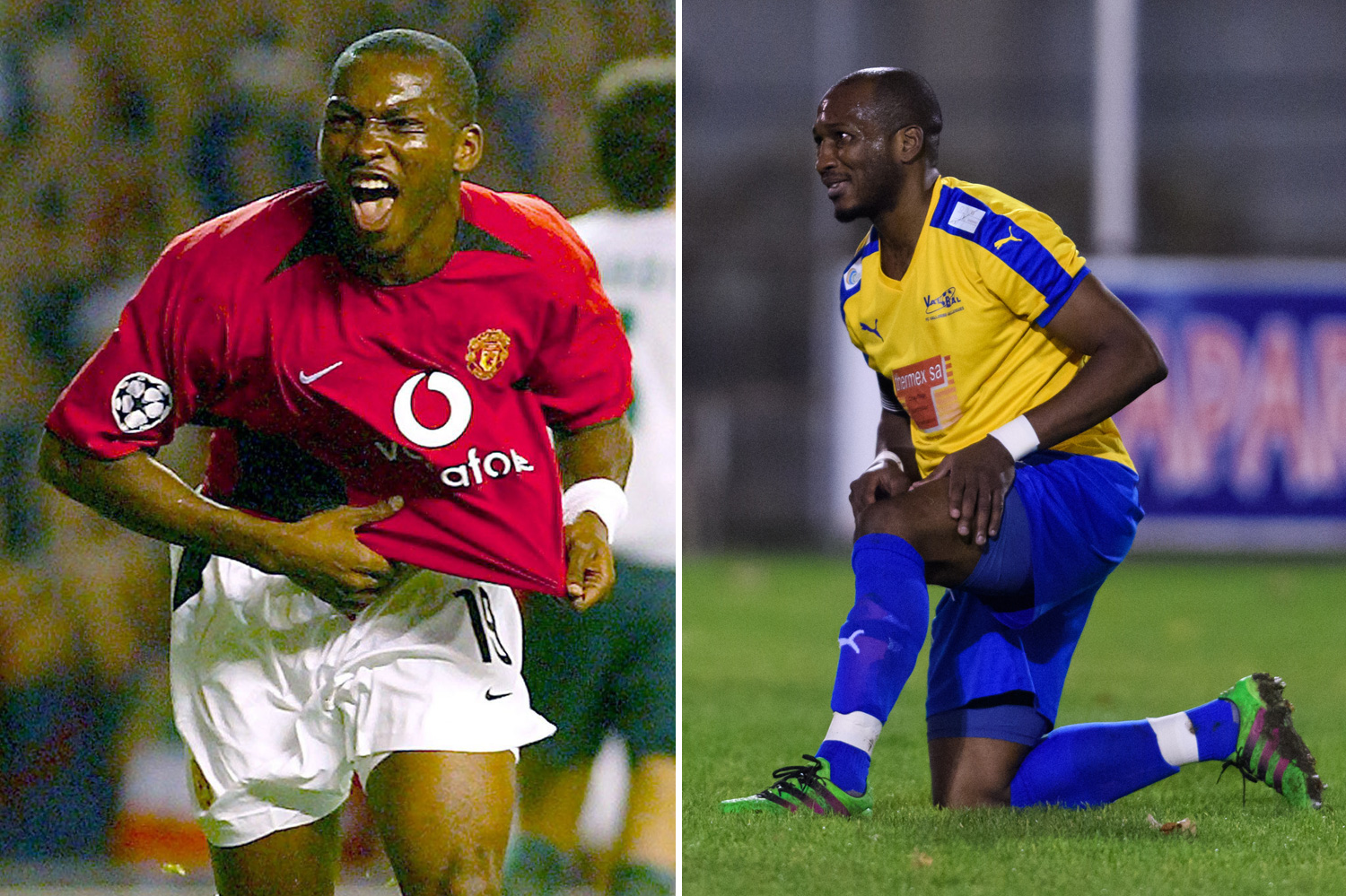 Cameroonian Djemba-Djemba arrived to little fanfare from first club Nantes in 2003, with Ferguson splashing £3.5m on a man that he saw as a potential successor to Roy Keane.

While he was certainly willing to put his 5ft 11in frame about in the same manner as the Irishman, Djemba-Djemba lacked the ability to control games like his skipper did.

He used to share a post-training Nando’s with team-mate Cristiano Ronaldo, but the pair’s careers were about to go on very different trajectories.

After 39 Red Devils appearances, Djemba-Djemba moved to Aston Villa for £1.5m, embarking on a nomadic career that would take him everywhere from Chennai to St Mirren. 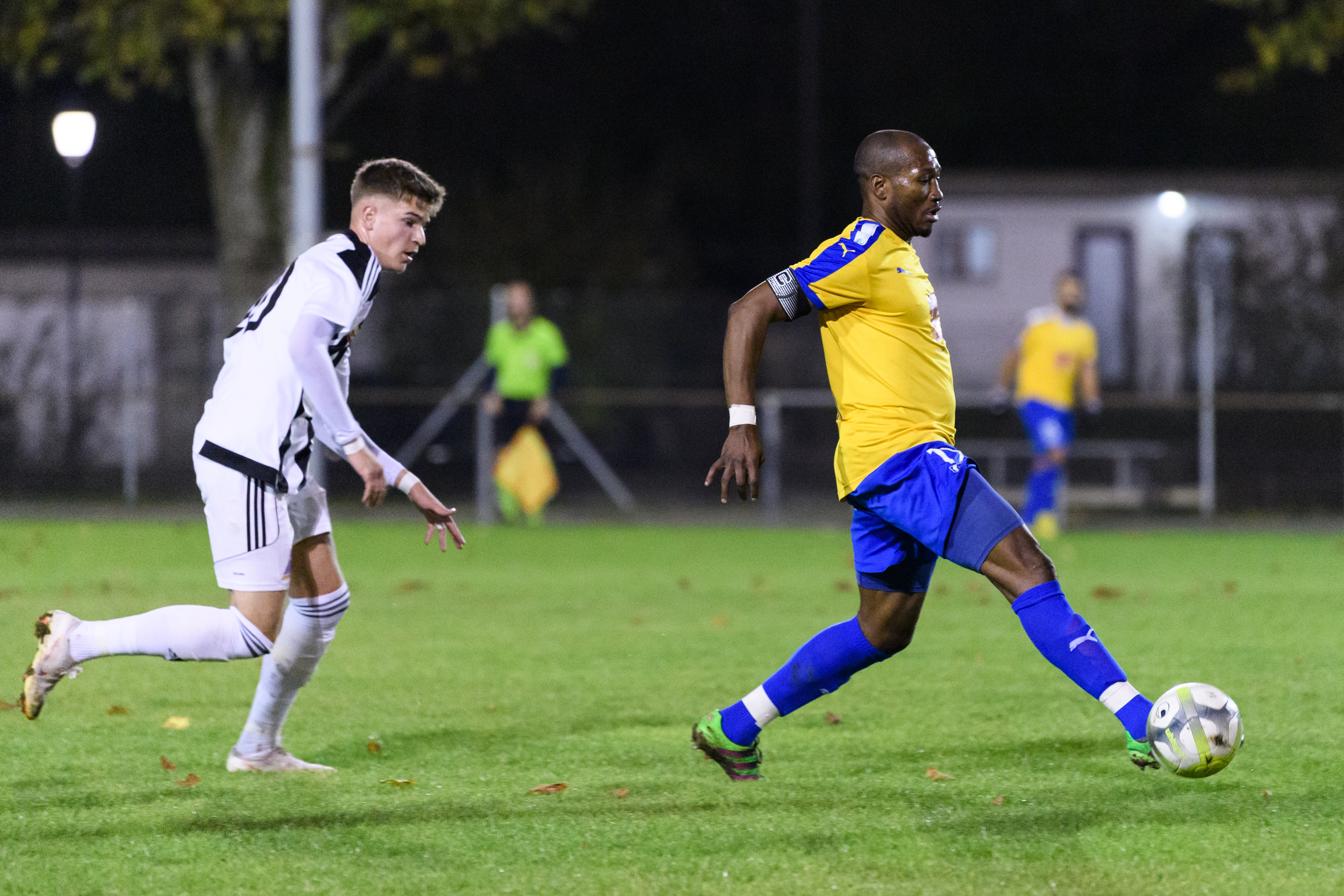 Now 38, he turns out for Swiss fifth-tier side FC Vallorbe-Ballaigues, recently telling SunSport: “I understand the game. I don’t have to run a lot and I just have to manage my stamina.

“But I don’t think I’m any different to my teammates.

“I just love playing and when I finish training, I’m happy to carry the balls or the water bottles.”

What is teeth whitening and what are the best kits and treatments? From charcoal powder to strips, lasers and gel 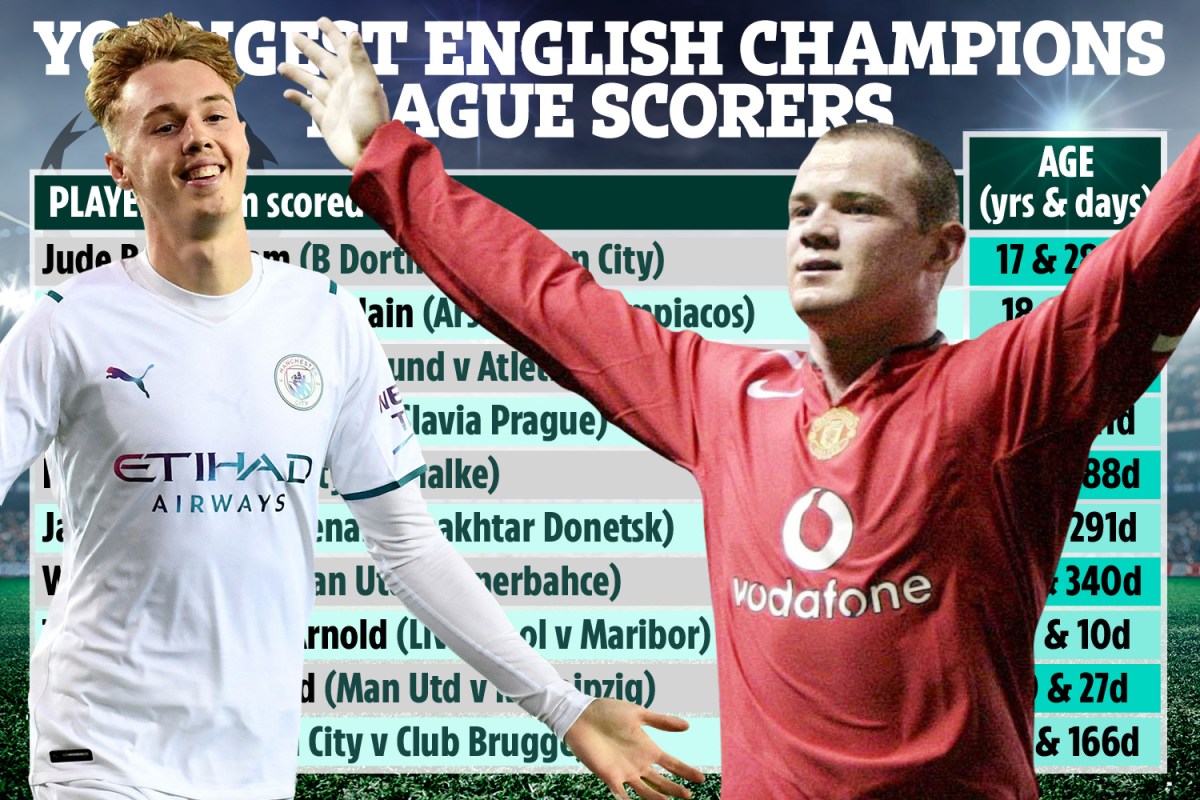 Cole Palmer only 10th youngest English ace to score in Champions League behind likes of Bellingham, Greenwood and Rooney 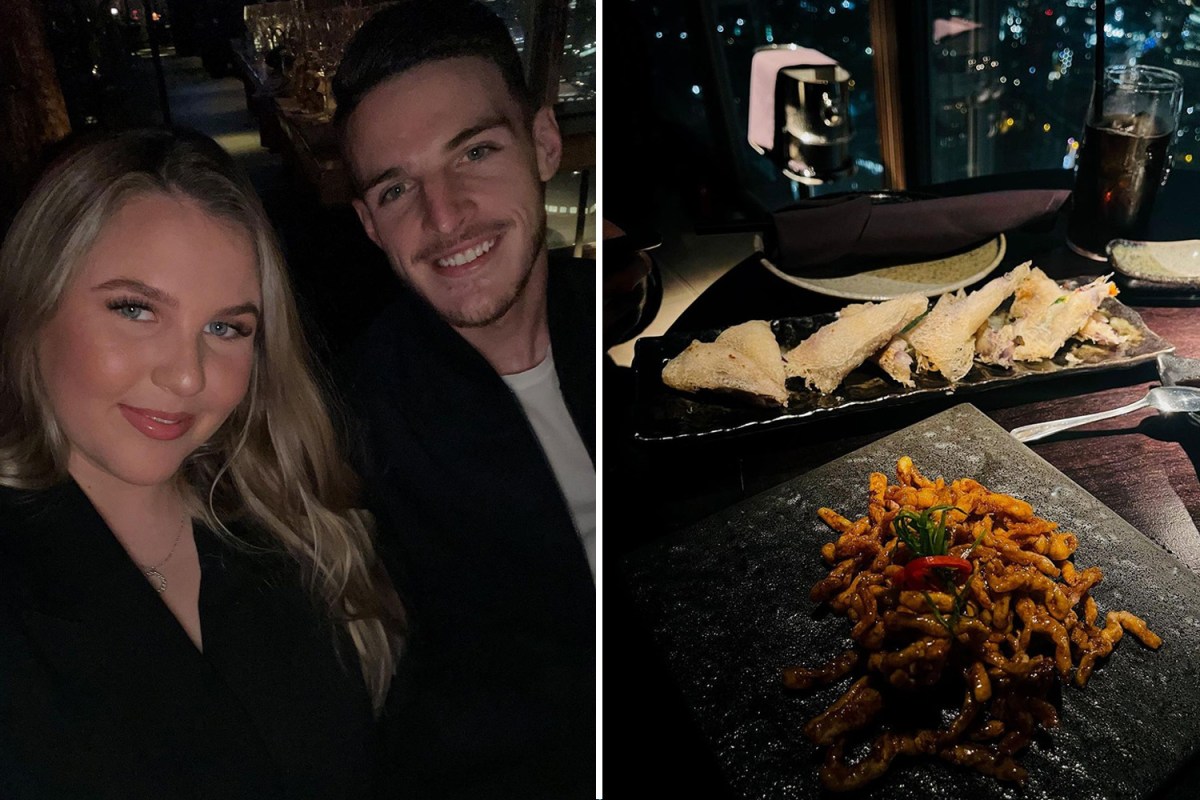