SERGIO AGUERO’S stunning Wag has been praised as a genius by his ex Gianinna Maradona. 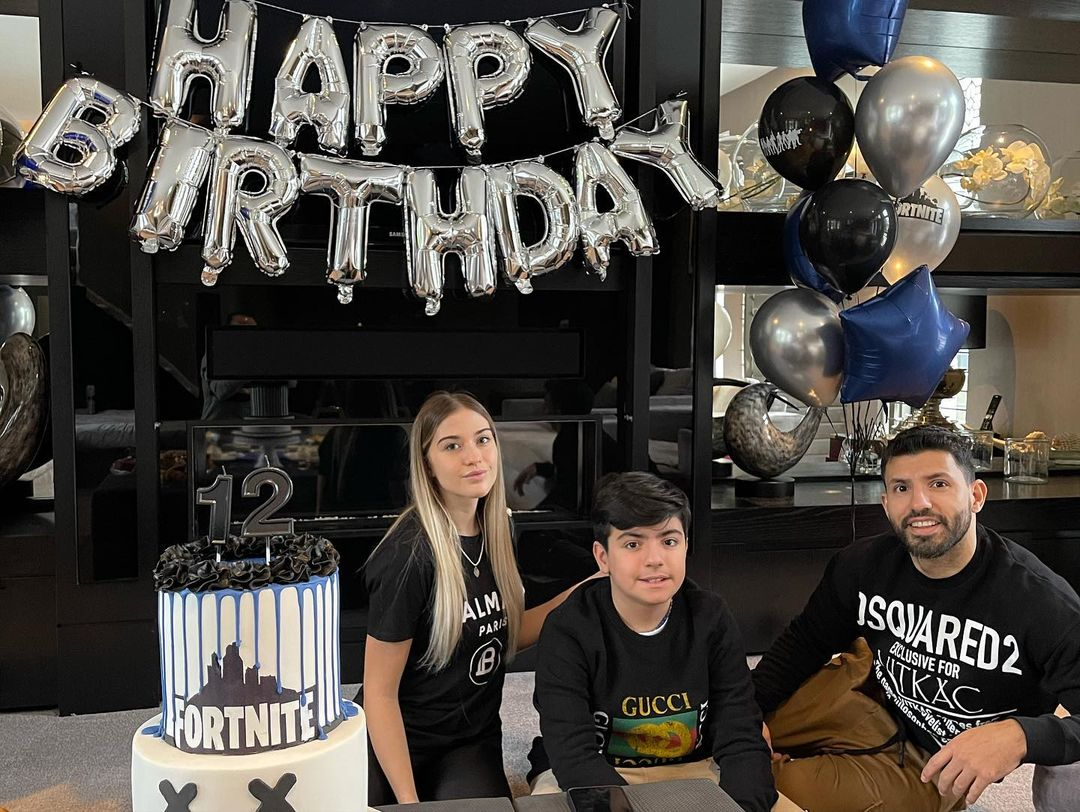 The youngster turned 12 last Friday and Aguero, whose future at the Cityzens remains in doubt, went online to post a photo of the celebration and thank Sofia for preparing the birthday bash.

Gianinna, 31, had a poor relationship with his last girlfriend before Sofia, Argentinian singer Karina Tejeda.

But she went out of her way to show she is a fan of Aguero’s latest love by telling Benjamin an online message: “My God, how handsome you are.

“First birthday far away from your mummy. Don’t hate me, I’ll stop now.

“Sofi, total genius. Thank you for organising all this and for being part of Ben’s life.”

Calzetti, who self-quarantined with Aguero after they tested positive for coronavirus, responded by saying: “Don’t mention it Giani, as I always tell you it’s a pleasure.”

The social media exchange left it clear the pair’s relationship is much healthier than the one Gianinna had with Karina.

Former bachelor Aguero had to act as a peacemaker between Gianinna and the singer four years ago after they rowed in public. 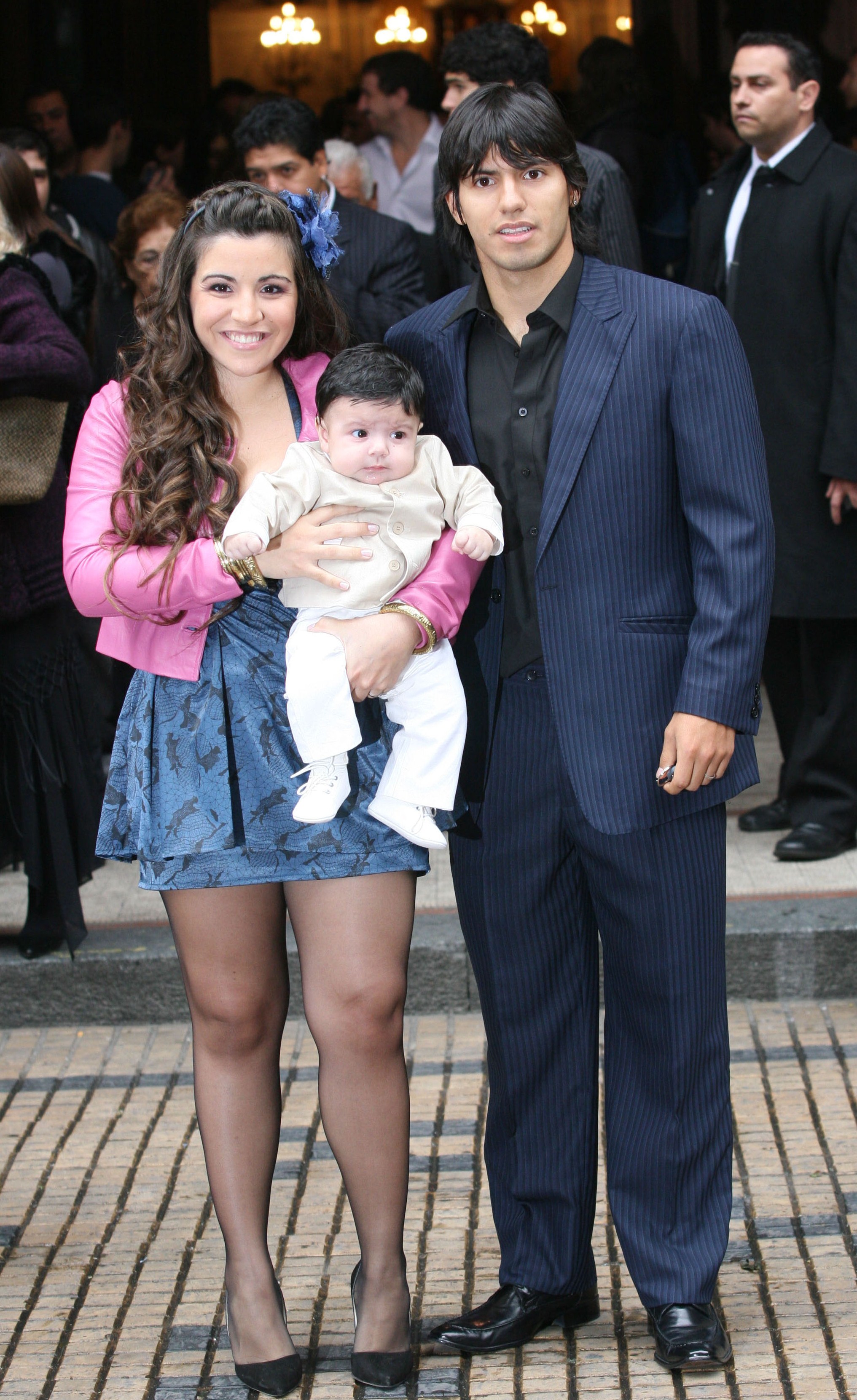 The spat between the women happened in January 2017 after an alleged squabble between their children.

Karina accused Gianinna of inventing a problem between her daughter Sol, then nine, and Benjamin, then eight, in a post seen by thousands of her fans which Gianinna reacted to by branding the footballer’s then-girlfriend a publicity seeker.

The embarrassing row between the two women began after a woman contacted Gianinna on social media claiming she had seen an Instagram Live video broadcast by Aguero’s sister in which Sol called Benjamin a ‘maricon’ – the rough equivalent of ‘sissy’ in English although it can carry a stronger meaning.

Karina exploded on Twitter after being told of attempts by Gianinna to get to the bottom of what happened, raging: “If you’ve got something to say about my daughter you ring me and you tell me.

“I can put up with you trying to make me look bad but don’t take it out on my daughter.

“Why ring a lawyer and invent a problem between children that didn’t exist?”

Gianinna hit back: “I didn’t say anything about your daughter. Ask properly first. And afterwards if you want to get publicity on some showbiz website, that’s not my problem.”

The outbursts sparked a flurry of more than half a dozen tweets between the pair. 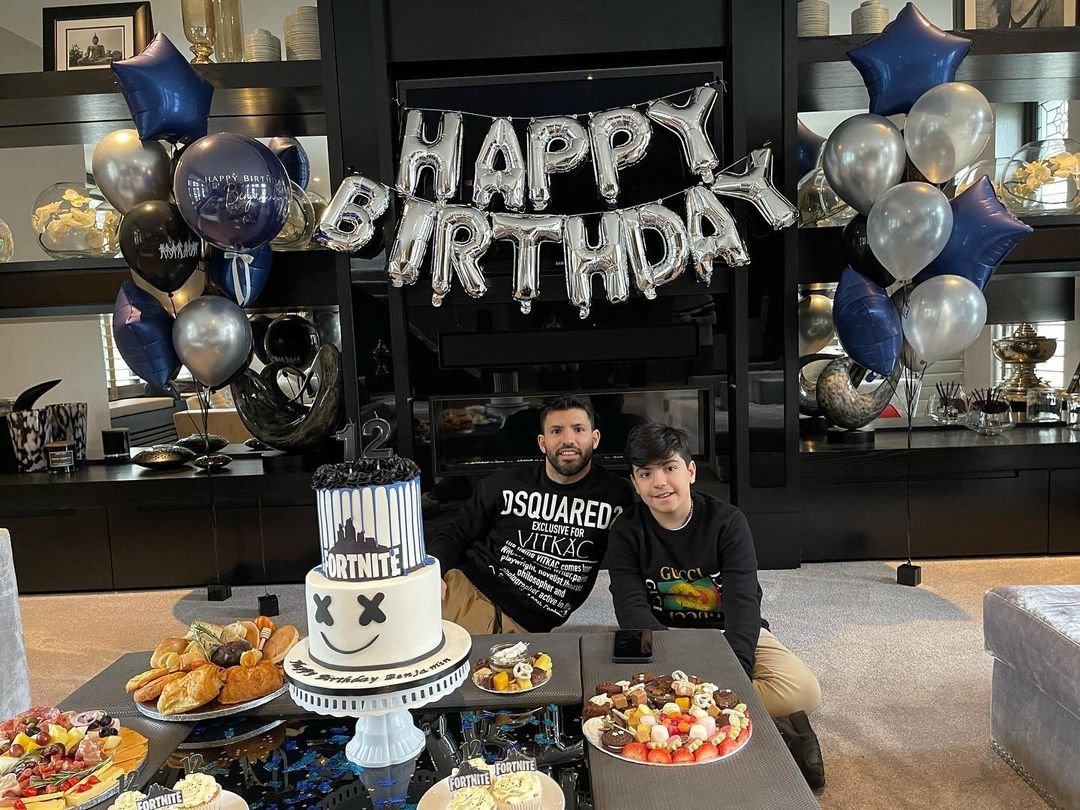 The youngster is living with the Man City ace in lockdownCredit: Instagram @kunaguero 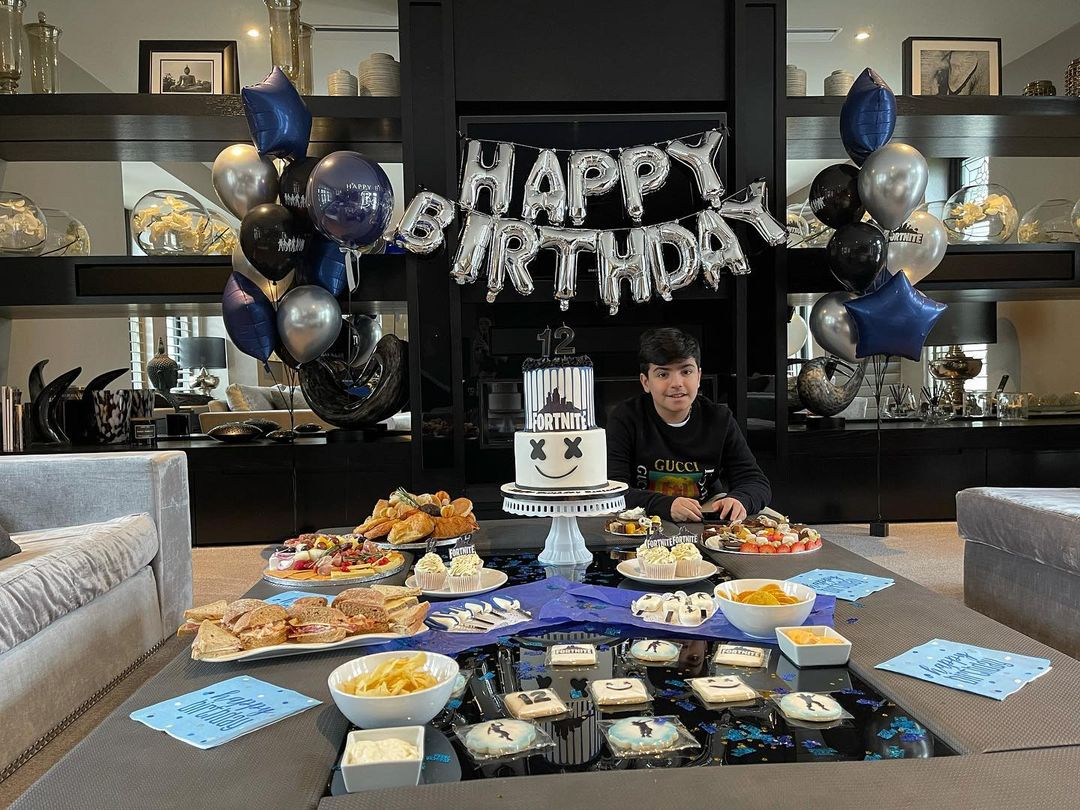 The Man City frontman is thought to have acted as a peacemaker in private although he made no public mention of the ugly spat.

Sofia, who at 24 is eight years younger than Aguero, started dating the footballer after they met in Buenos Aires nightclub Jet in March 2019.

She now lives in the UK with him. She gifted him a personalised BBQ for his 32nd birthday last June.

On Tuesday it emerged Italian giants Juventus and Inter Milan had joined the battle for Aguero, whose current £250,000-a-week contract expires at the end of the season.

The Argentine striker has already spoken with Barcelona and Atletico Madrid about a possible move this summer.

Man City’s all-time leading goalscorer, whose season has been disrupted by injury and coronavirus, told a famous Spanish streamer in an interview last week: “I don’t know where I’m going to go at the end of the season, I haven’t got any idea.

Gianinna and Sergio, better known by his nickname of Kun in his homeland, split when their son was about three.

Sofia confirmed she was the footballer’s new girlfriend in May 2019 when she published a picture of them in a hotel room sharing headphones and wrote alongside a heart emoji: “Waiting for you.”

She was described at the time as a part-time model who was studying to be an auctioneer.

Aguero’s girlfriend before that was Karina who he dated for five years until 2017.

He had previously been romantically linked to another singer called Tini Stoessel after he appeared in one of her music videos although she insisted they were just friends.