CAROLINE WEIR made it a magical night for Manchester City with their first-ever league cup final humbling of Chelsea.

The forward sparked celebrations amongst Citizens fans netting twice as her side mounted a fightback to stun the Blues 3-1. 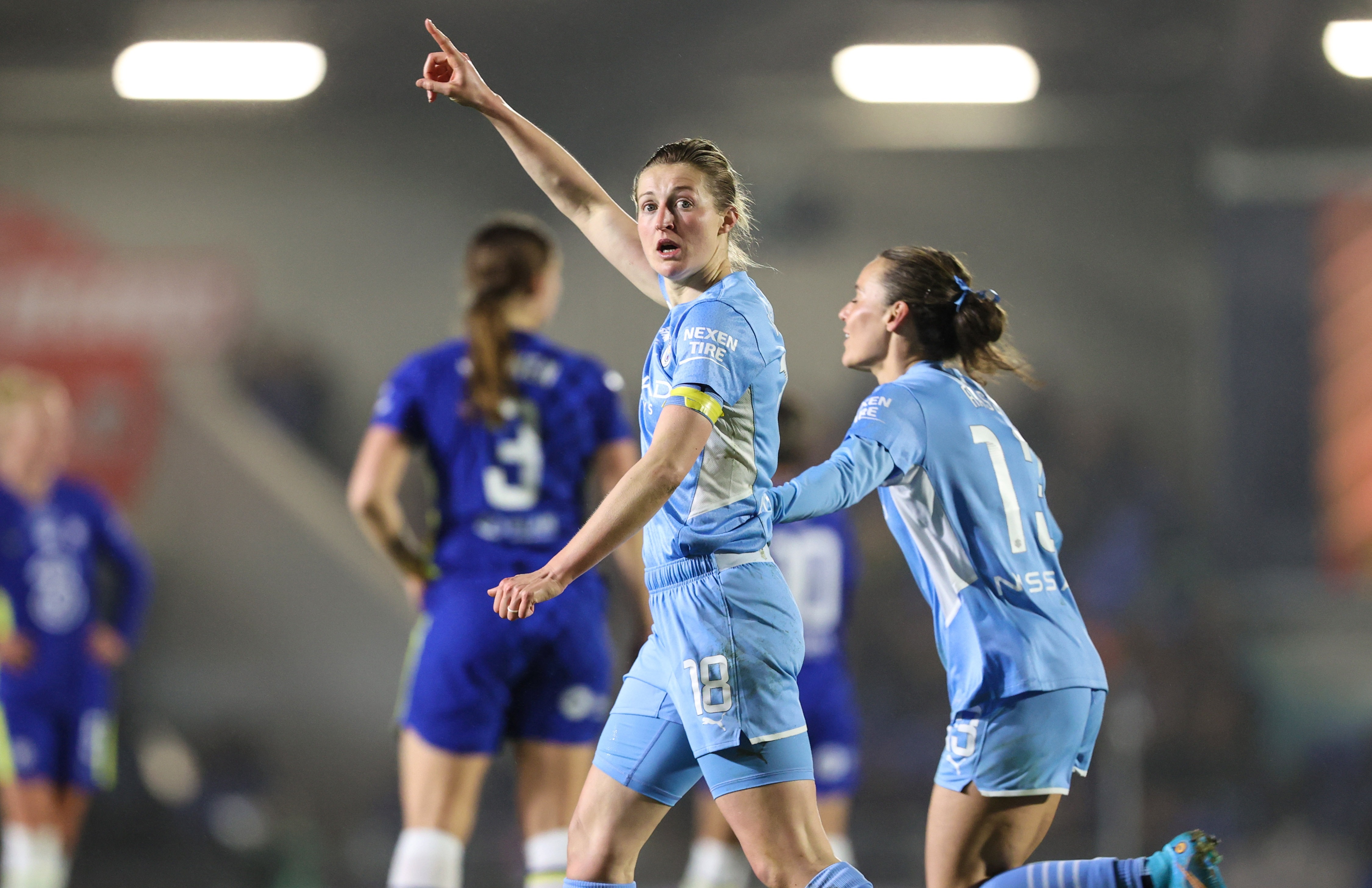 Ellen White bundled in City’s second goal to give them the leadCredit: Getty

The three goals – including two bagged in ten minutes – saw the team bounce back from their early-season injury woes to kibosh the Blues’ hopes of a domestic treble.

When asked if their second-half comeback was symbolic of their resurgence this season, City boss Gareth Taylor said: “It mirrored that if I’m honest.

“But again, I think it’s down to the players and their effort levels.

“It’s difficult sometimes when you’ve played Chelsea previously and suffered a little bit like we have this season.

“But our last league game (against them) showed that we were getting closer.

“I didn’t think we were great that day but what this gives us, goes beyond winning this trophy.”

“You can’t underestimate the importance of missing players like Jessie, Erin, Fran, Magda and Melanie.

“We automatically assume when you lose it’s the end of something as opposed to just a defeat.

“Man City have had a woeful season until now so credit to them to bounce back from a really tough start.

“They’re worthy winners because of their performance.”

Before the game questions had been asked as to whether Chelsea would have a ‘home’ advantage with Plough Lane being just over a five-mile drive from Kingsmeadow.

And very early on it looked to be the case as the began strongly. 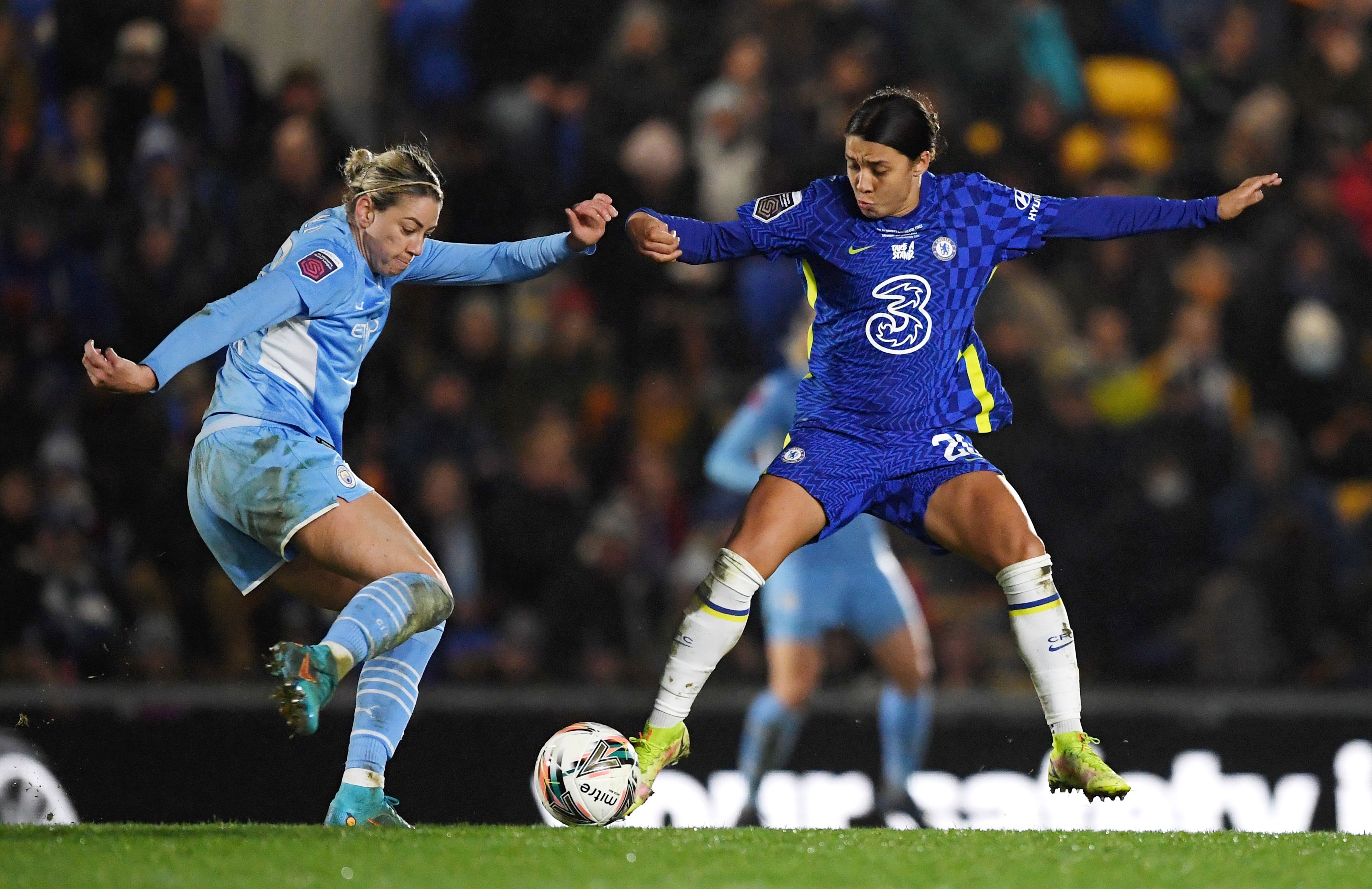 Sam Kerr put the Blues ahead after they got off to a good start in the first spellCredit: Getty

City were forced to make a clearance moments later with Alex Greenwood walloping Guro Reiten’s cross out of danger.

And Chelsea saw Niamh Charles go into the ref’s book for a foul on Lauren Hemp.

That preceded a shout for a handball, to no avail, after Hemp’s strike ricocheted off the post and with Demi Stokes’s follow-up striking Sophie Ingle’s arm.

The 0-0 scoreline lasted until the 34th minute with Kerr taking advantage of a mix-up between Ellie Roebuck and Stokes to put the Blues ahead.

And the WSL champs had a chance to extend their advantage with Charles sending a volley over the bar at the stroke of half-time.

The second half saw City come out swinging with Chelsea temporarily going down to 10 players after Charles was nudged into an advert hoarding. 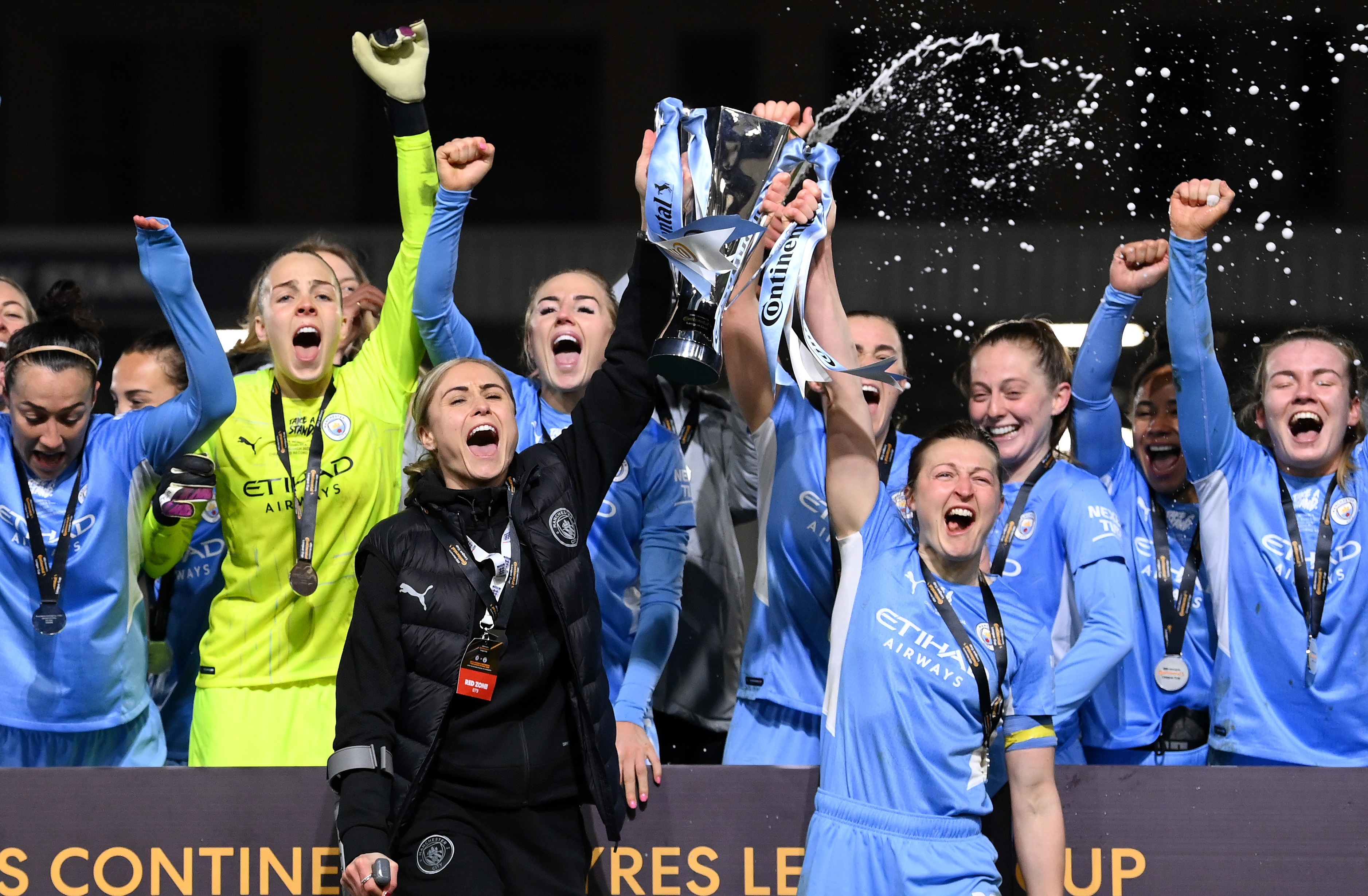 A lapse of concentration at the back for the Blues saw Weir pounce on a pinpoint cross from Stanway to drill in a 49th-minute equaliser.

A little later Chelsea suffered a scare with a heavy back pass causing problems for Ann-Katrin Berger in the 65th minute.

And City put the game beyond their rivals with Weir burying a deadly volley near the 70th minute to seal a fourth Conti Cup trophy win for her club.