CONTRARY to popular belief, Roman Abramovich has spoken out previously about one of his managerial kills.

When Chelsea’s owner sacked Frank Lampard – just a day after a Stamford Bridge banner was unveiled proclaiming eternal trust in him – the club took the unusual step of publishing first-person quotes from the secretive Russian. 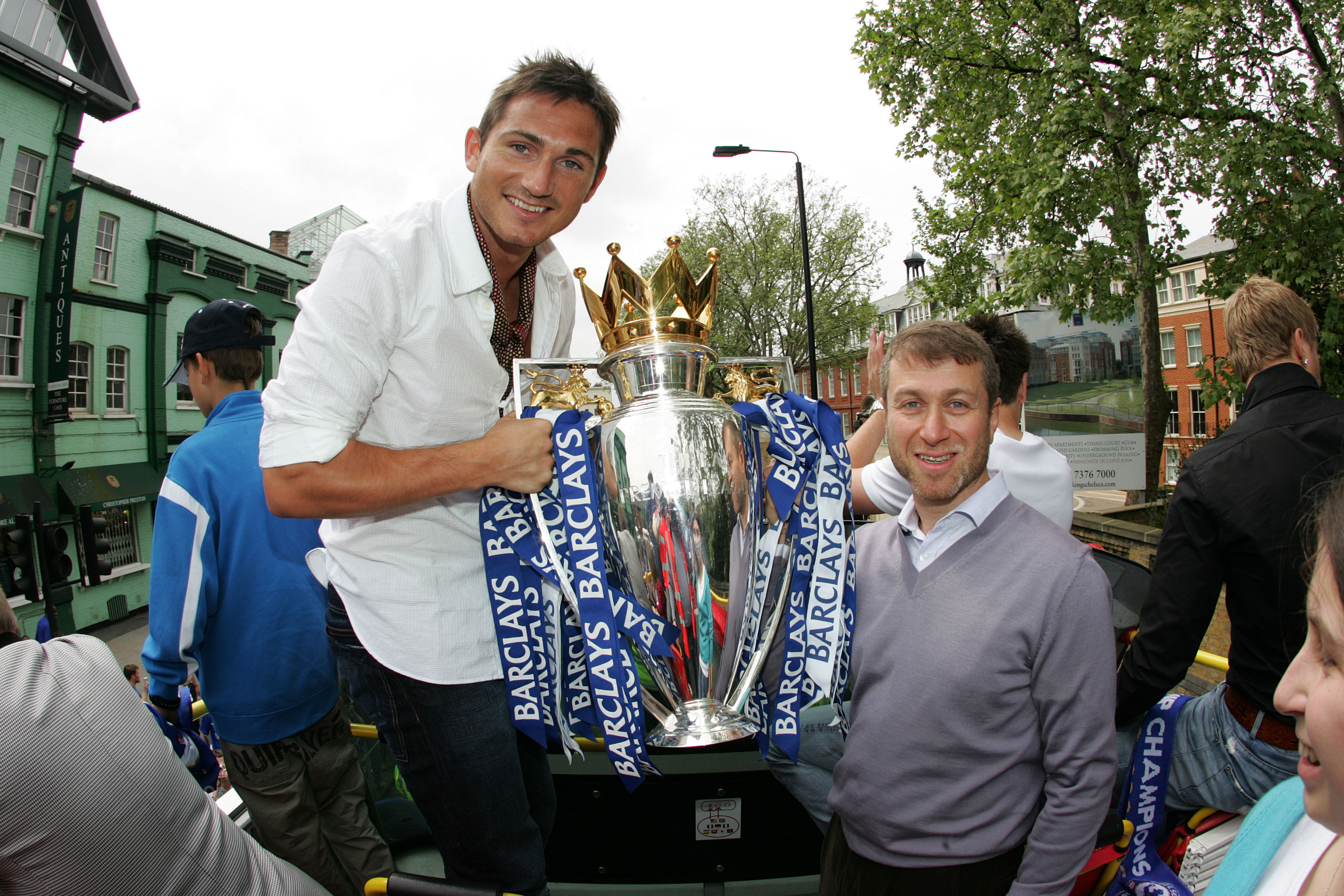 But when a dismissal is so unpopular that Chelsea’s fans are threatening open revolt, the Russian Mad Monk has been known to break his vow of silence before.

Let me take you back to the bar at the Valencia Hilton in 2007, shortly after Jose Mourinho’s first Stamford Bridge exit.

After the Blues earned a 2-1 Champions League victory at the Mestalla, but with huge scepticism surrounding new boss Avram Grant, Abramovich told right-hand man Eugene Tenenbaum he wished to speak to some actual Chelsea fans.

A henchman was sent on the streets, to ask supporters whether they fancied a drink with Abramovich in his hotel bar.

Most assumed he was taking the p*** and moved on to the next watering hole. But half a dozen or so accepted the offer and received chapter and verse, from the horse’s mouth, about why Mourinho had to go.

I know because I was there. It’s an exclusive I’m allowed to boast about because it was completely accidental. I was staying in the Hilton, fancied a post-match Estrella and walked in on Abramovich holding court.

If you read Abramovich’s quotes explaining Lampard’s exit, you might have wondered whether the Russian actually speaks English with the use of such cartoon phrases as ‘he is an important icon’.

And, weirdly, he does, because I heard him explaining Mourinho’s sacking by telling those fans ‘nobody is bigger than the club’.

The point is that Abramovich is not impervious to public opinion and that even a reclusive oligarch wants to be loved or, at least, understood.

So sacking Lampard probably was more ‘difficult’ for the Russian, than any victim since Mourinho.

And Abramovich’s reluctance to do the deed only adds to the conclusion that he is right to make this change.

Lampard does have a few genuine grievances. The club were too keen to placate their hapless £71million keeper Kepa Arrizabalaga – who even made a typical blunder during Lampard’s valedictory FA Cup win over Luton on Sunday.

And they were too reluctant to sign Lampard’s chief transfer target, West Ham’s Declan Rice.

But this sacking wasn’t a wanton act of ruthlessness.

It’s not just Chelsea’s recent results – five defeats in eight Premier League matches – but the lack of identity and direction under Lampard, which led to the sacking of the club’s record goalscorer. 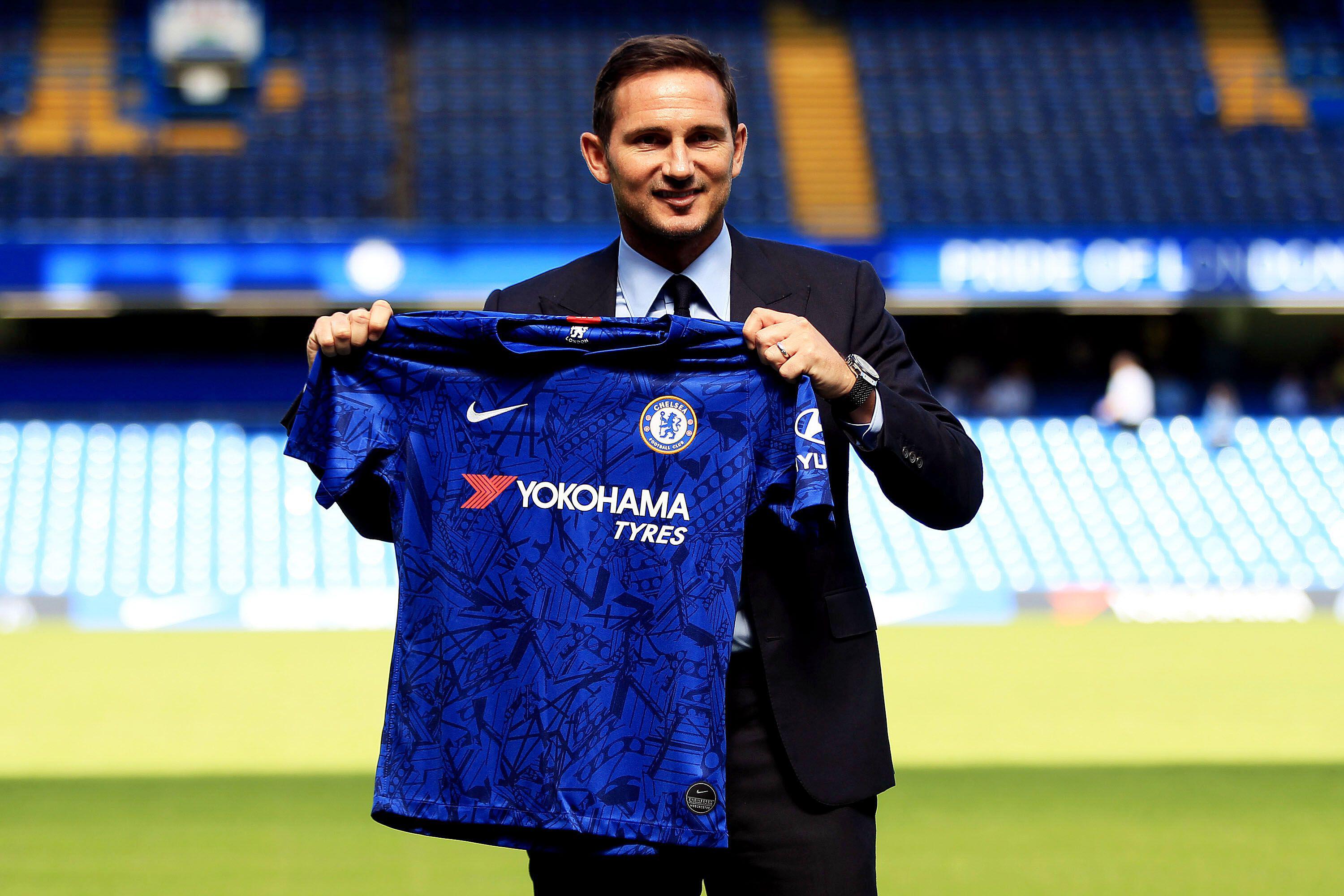 And showing patience with managers has never been a virtue under Abramovich.

In Thomas Tuchel, Abramovich is appointing a manager with a distinct vision of how he wants his teams to play – the ‘heavy metal’ football of his mentor, Jurgen Klopp, but with a greater emphasis on ball possession.

Tuchel will be demanding of players but also of the club’s hierarchy.

Lampard, like perhaps only Grant before him, was simply grateful to have the Chelsea job and was never going to rock the super-yacht.

Now Abramovich is plumping for another turbulent priest – like Mourinho and Antonio Conte – who tend to win him the title, then disappear in a ball of flames.

Tuchel, who has fallen out spectacularly with his bosses at Borussia Dortmund and Paris St Germain, will think Abramovich is lucky to have him.

The strangest aspect of Tuchel’s arrival was the club floating the idea that they were deliberately targeting a German manager – given the struggles of their most expensive summer signings, Timo Werner and Kai Havertz. 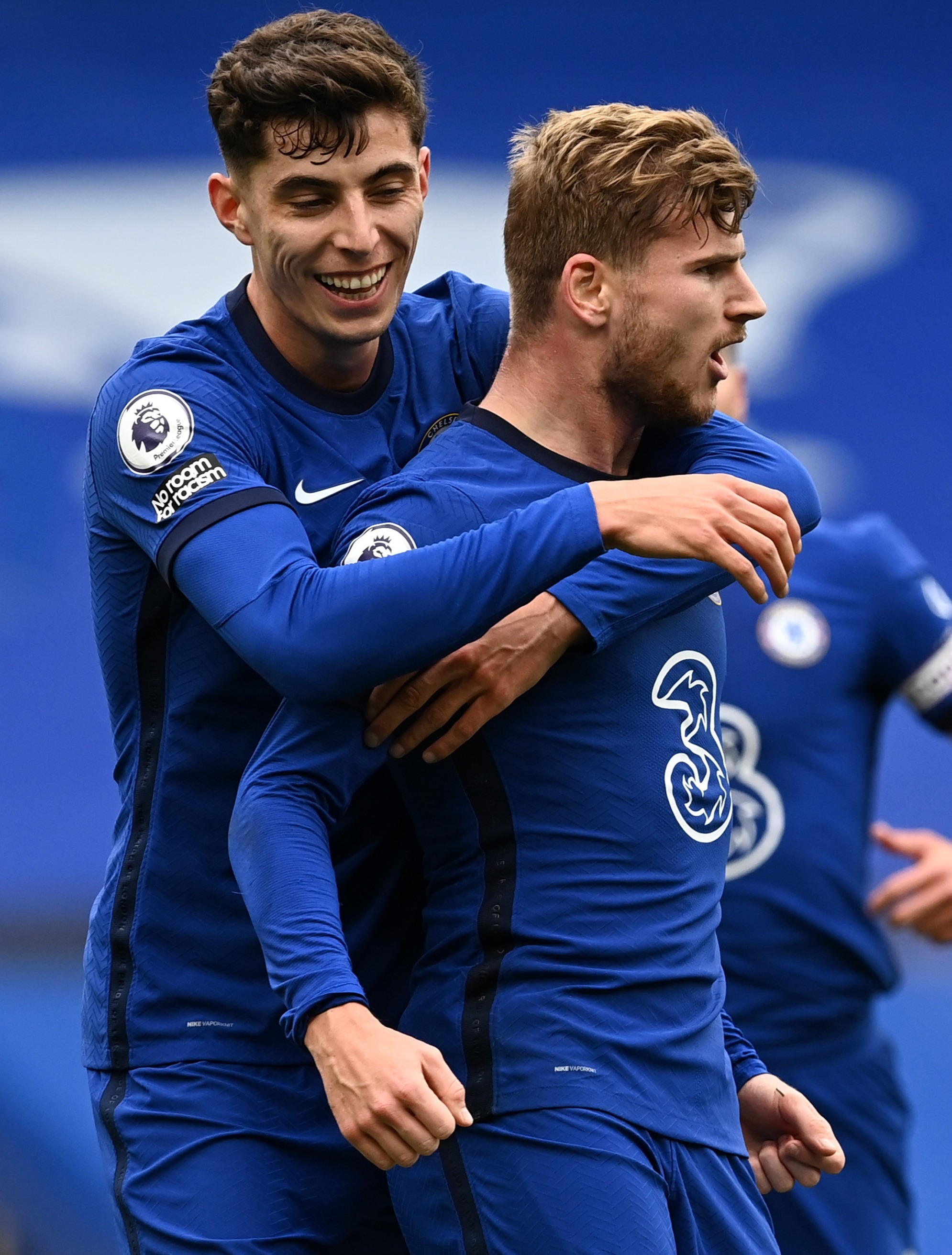 Werner and Havertz have both struggled since their arrival at the BluesCredit: Getty

As if every German under 60 doesn’t speak word-perfect English and that Tuchel’s Germanness was somehow his most desirable quality.

Christian Pulisic, who played under Tuchel at Dortmund, is most likely to respond with instant positivity.

But Werner and Havertz will be high on the list of priorities – their confidence is shot, with Lampard never seemingly sure of where to play them, let alone how to motivate them.

So this wasn’t a knee-jerk decision from a crazed, remote megalomaniac.

If it weren’t for a global pandemic and a visa crackdown on Russian billionaires, Abramovich might have sent a couple of heavies into the Butcher’s Hook pub opposite Stamford Bridge, after tomorrow’s match with Wolves, and asked a few Chelsea fans for a personal audience.

And he’d probably tell them what he told them in 2007 – that nobody is bigger than the club.

APPARENTLY the MCC are considering banning bouncers in cricket – robbing the sport of its most exhilarating aspect.

The advent of a compensation culture – combined with campaigning from sections of the sporting media who seem to hate sport – is threatening to do away with short-pitched bowling, heading a football, boxing, rugby, F1 and pretty much anything other than pub games.

Although, come to think of it, darts are pretty sharp and velcro would be a safer alternative.

Of course there should be strict concussion protocols in every sport – yet those who compete, recognise the inherent dangers and do not want to see their games changed beyond recognition. 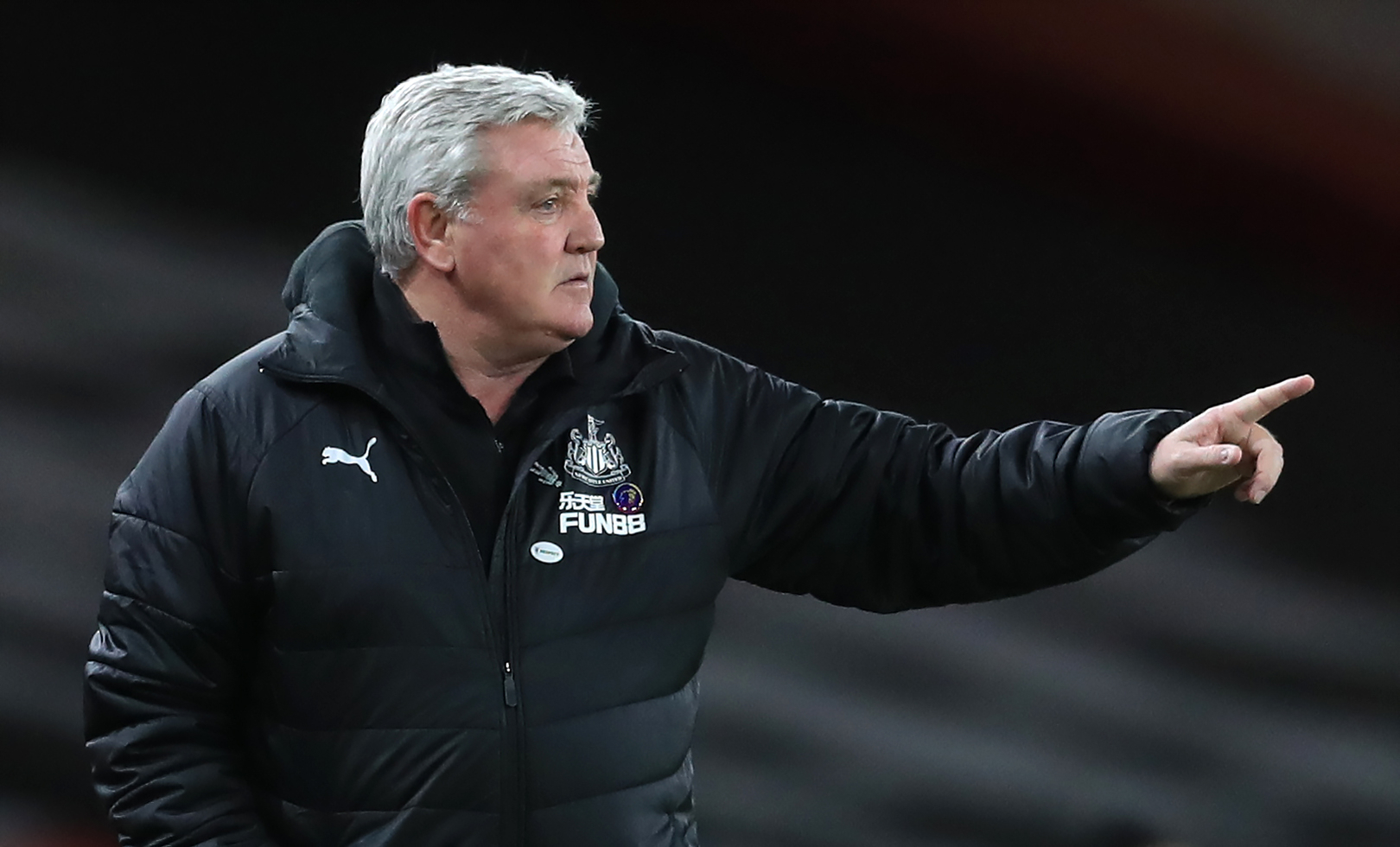 Steve Bruce is refusing to speak to the written pressCredit: PA:Press Association

STEVE BRUCE, apparently only still in the Newcastle manager’s job because he has a lot of friends in journalism, has reacted to an impending relegation battle by freezing out journalists.

“I’ll never shy away from a challenge,” Bruce told the broadcast media yesterday. Except the challenge of answering questions from the written press.

This, after a sarcastic swipe at his sainted predecessor – referring to the ‘Mighty Rafa’ Benitez – suggests the endgame is nigh.

TWO star performers of the FA Cup weekend were Phil Foden, Manchester City’s man of the match against Cheltenham, and Mason Greenwood, with an excellent goal and an assist for United against Liverpool.

However eff-witted this duo were in Iceland last year, Foden must start for England at next summer’s Euros and Greenwood must also be part of Gareth Southgate’s squad.

AS if his free-kick prowess was not dangerous enough, James Ward-Prowse is now deliberately attempting to score direct from corners.

The Southampton skipper spotted Arsenal keeper Bernd Leno off his line during Saturday’s Cup tie and bent in an effort which shook the crossbar.

It would be a surprise if Ward-Prowse isn’t the subject of a serious-money bid from a ‘big six’ club before long.

If not, there could be a very lucrative future as a ‘special teams’ man in the NFL. 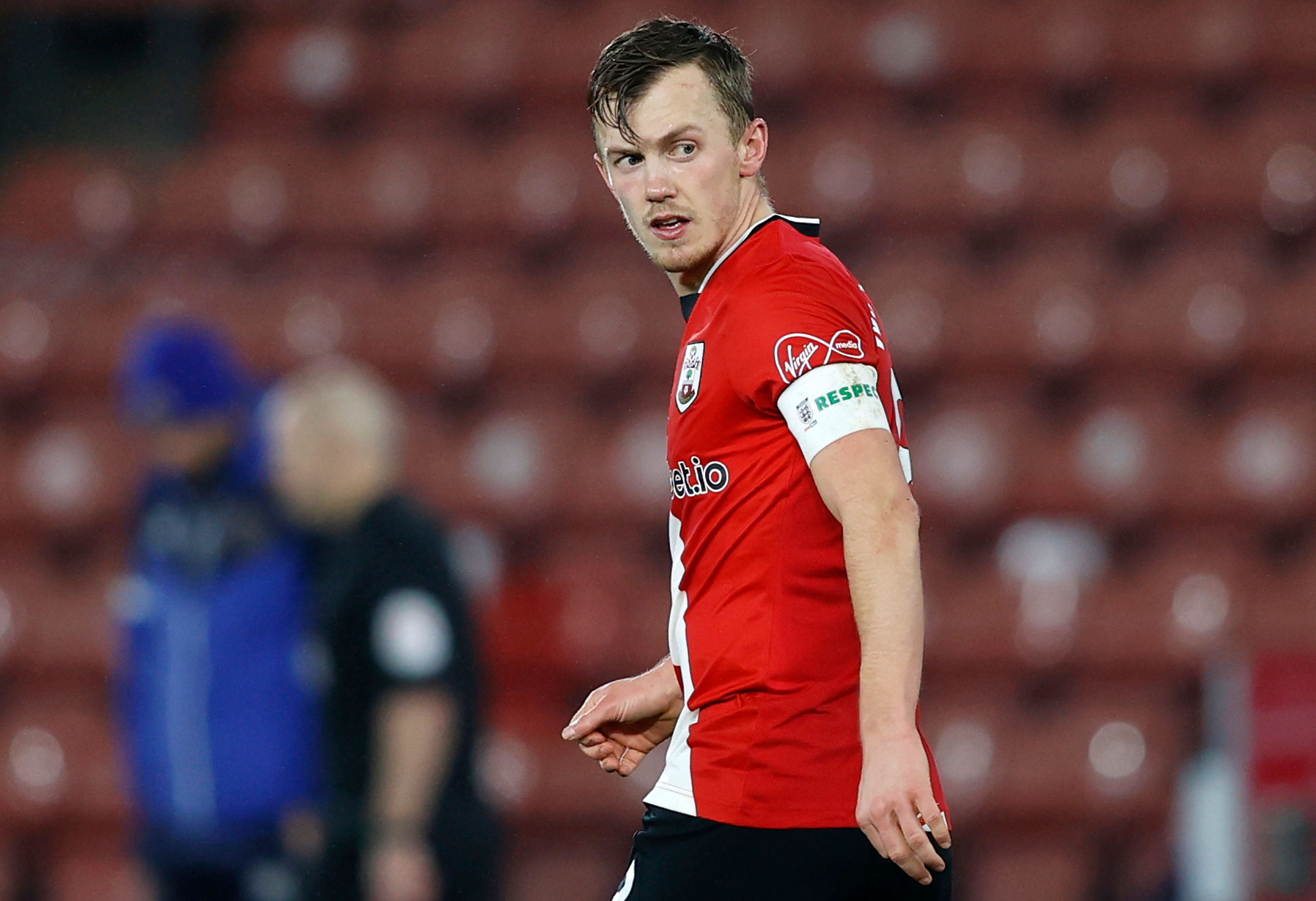 James Ward-Prowse is cutting no corners in his quest for goalsCredit: AFP

DID you see last week’s news about a proposed European Super League?

If not, don’t worry, it’s not going to happen. And anyway, there’ll be another proposed European Super League to read about next month.

And that one won’t happen either.

MANCHESTER CITY are still in contention for four trophies, yet nobody is mentioning ‘the quadruple’.

We are slacking in this industry. City are looking too good and Pep Guardiola seems too chilled.

So let’s crank up the ‘Quad’ talk, lads, just for a laugh.