RYAN GIGGS had admitted he laid into Cristiano Ronaldo for drinking Coke at breakfast. 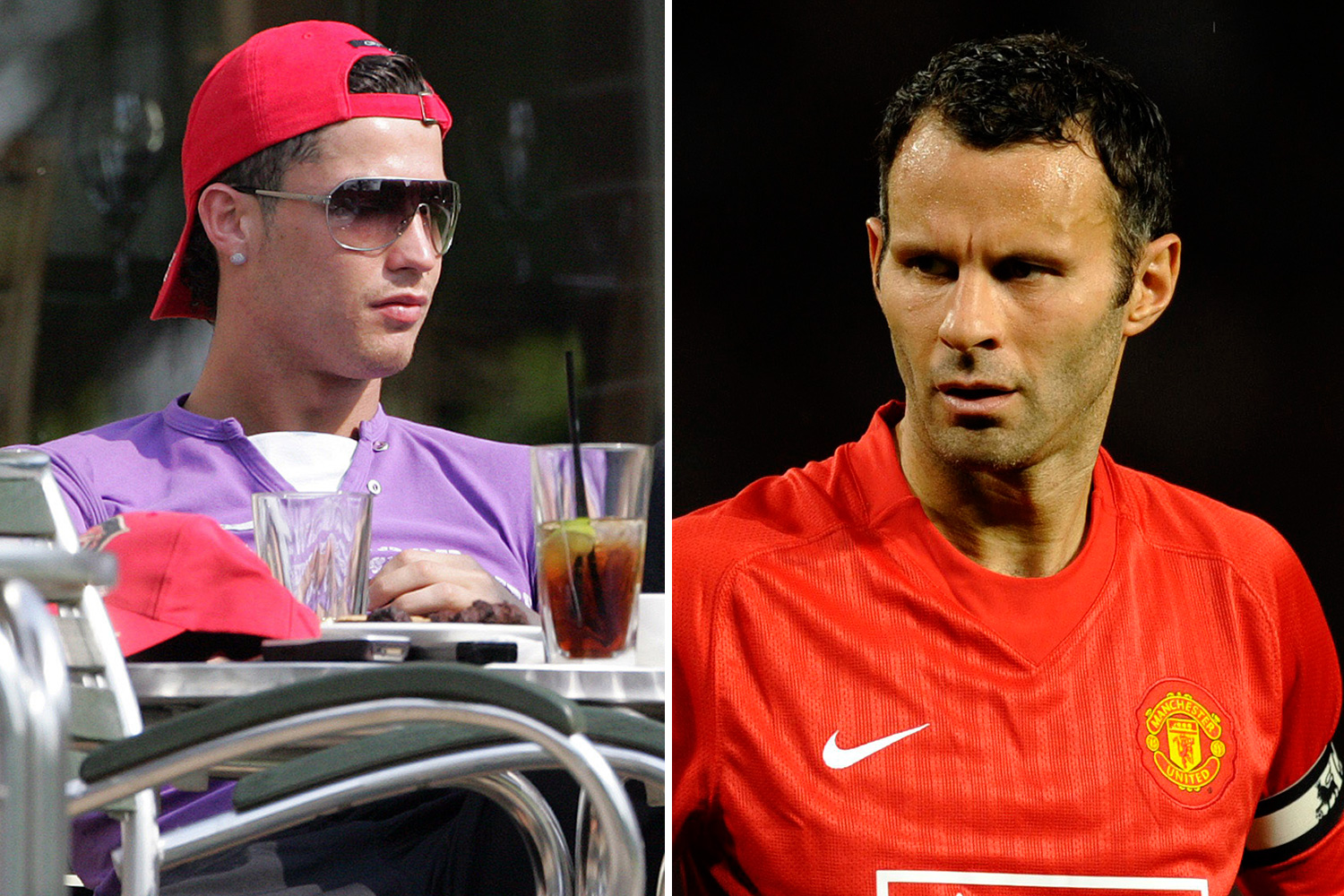 When asked if the now Juventus star’s conduct was not acceptable, the Wales manager replied: “Maybe. I don’t know if I pinned him.

“I might have told him, ‘We don’t do this’ and then he went and scored a hat-trick! ‘I drink what I want, Giggsy!’”

The incident gave an insight into the standards under Sir Alex Ferguson at United and how Giggs played until he was 40.

Giggs made a club-record 963 appearances for the Red Devils but he has revealed the sacrifices made along the way to extend his longevity.

He told the Utd Podcast: “I love chocolate and loads of butter on my toast. When I wasn’t playing well or felt a bit sluggish I cut them out completely.

“If I was playing well and having loads of butter I’d carry on. It wasn’t physical, it was mental. It was punishing yourself.

“I had Dairy Milk in the cupboard until I scored.”

During his glittering playing career, Giggs went to the extremes — and not just with his diet.

The Welsh winger once wore tights in a derby against City at the Etihad in February 2005 in a bid to aid his hamstrings.

Giggs, 46, said: “I got all the whistles when I came onto the pitch.

“Looking back I probably should have just stuck with wintergreen and deep heat. It would be normal now. I was a trend-setter.”

While Giggs took stick for his attire, the Wales manager will not get ribbed on Twitter as he has never had an account.

He added: “We won a game but didn’t play well.

“I came into the press conference and a reporter told me I was trending on Twitter. I thought that would be good. But apparently it wasn’t. I was trending, ‘Giggs out!’

“That’s another reason I’m not on social media. You can just block out that noise. It’s not for me.”

The one word Kate Middleton’s nanny is banned from saying