EVEN Roy Keane and Graeme Souness couldn’t suppress a smile as Micah Richards teased the Scot about Man City’s 4-1 demolition of Liverpool.

The former England defender prodded Anfield legend Souness as City now look to have one hand on the Premier League title. 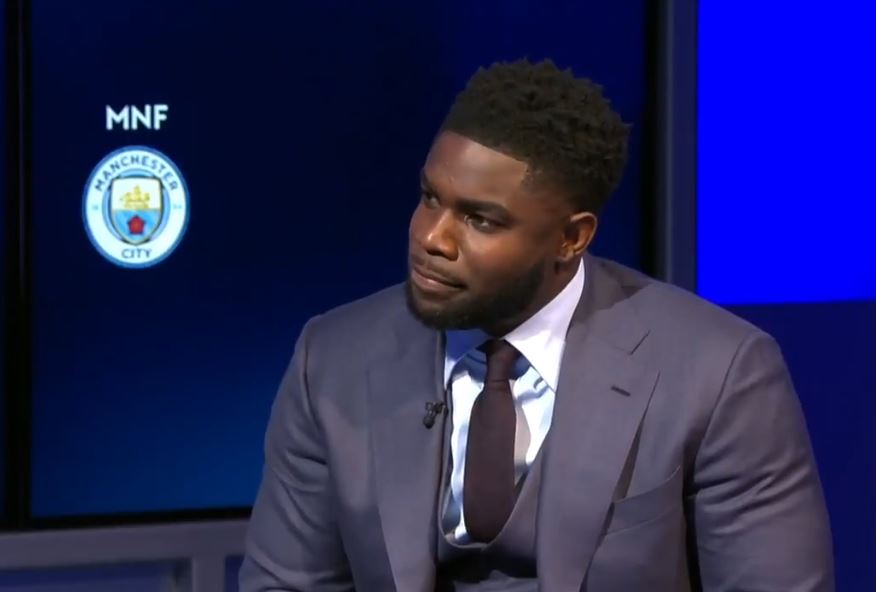 Micah Richards was over the moon with how things played out

Liverpool were way off the pace as they were thumped by Man CityCredit: PA:Press Association

He joked: “It’s all gone quiet over there… is that a smirk on Roy’s face?

“Looking forward to the post match discussion on Sky Sports.”

City ran riot in the second-half after it had been a goalless affair at half-time – with Ilkay Gundogan smashing a penalty over the bar.

The champions largely contributed to their own downfall though with goalkeeper Alisson guilty of uncharacteristically gifting the ball to the opposition in the run-up to two goals within a crazy three-minute period.

The outstanding Phil Foden crashed home a fourth as Liverpool lost three home league games in a row for the first time since 1963 – directly after a 68-match unbeaten run at Anfield had been halted.

The Reds’ title defence is now surely over, as they fell ten points adrift with this horror show.

Only Manchester United now have a realistic chance of stopping their crosstown rivals – and they are five points behind having played a game more.

Pep Guardiola had been angered by Jurgen Klopp’s baffling pre-match claim that City had enjoyed a two-week break because of Covid. 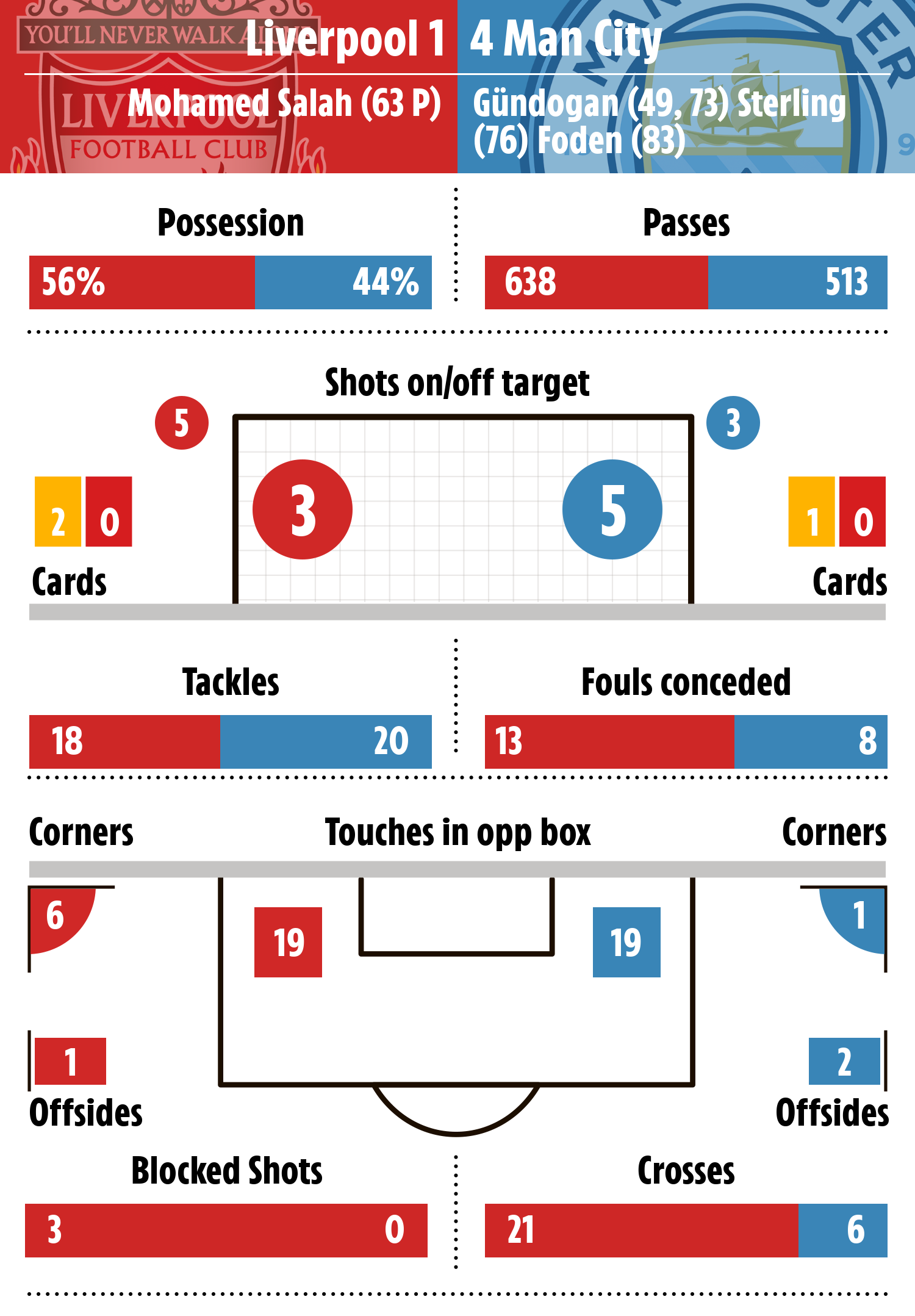 The City boss had hammered his Liverpool counterpart for making excuses.

But there could be no excuses for this thumping as Guardiola’s men rattled up a 14th consecutive victory.

While Liverpool’s defensive injury crisis has been a key plotline in this Premier League season, City had been quietly chalking up victories without their best player, Kevin De Bruyne, and their most potent finisher, Sergio Aguero.