MATT BEARD reckons Brighton were fortunate to see only one of their players sent off during their feisty 3-0 loss to Bristol City.

And the Twerton Park gaffer praised his rampaging Robins for blowing the relegation battle wide open by grabbing their first win in the top-flight this term. 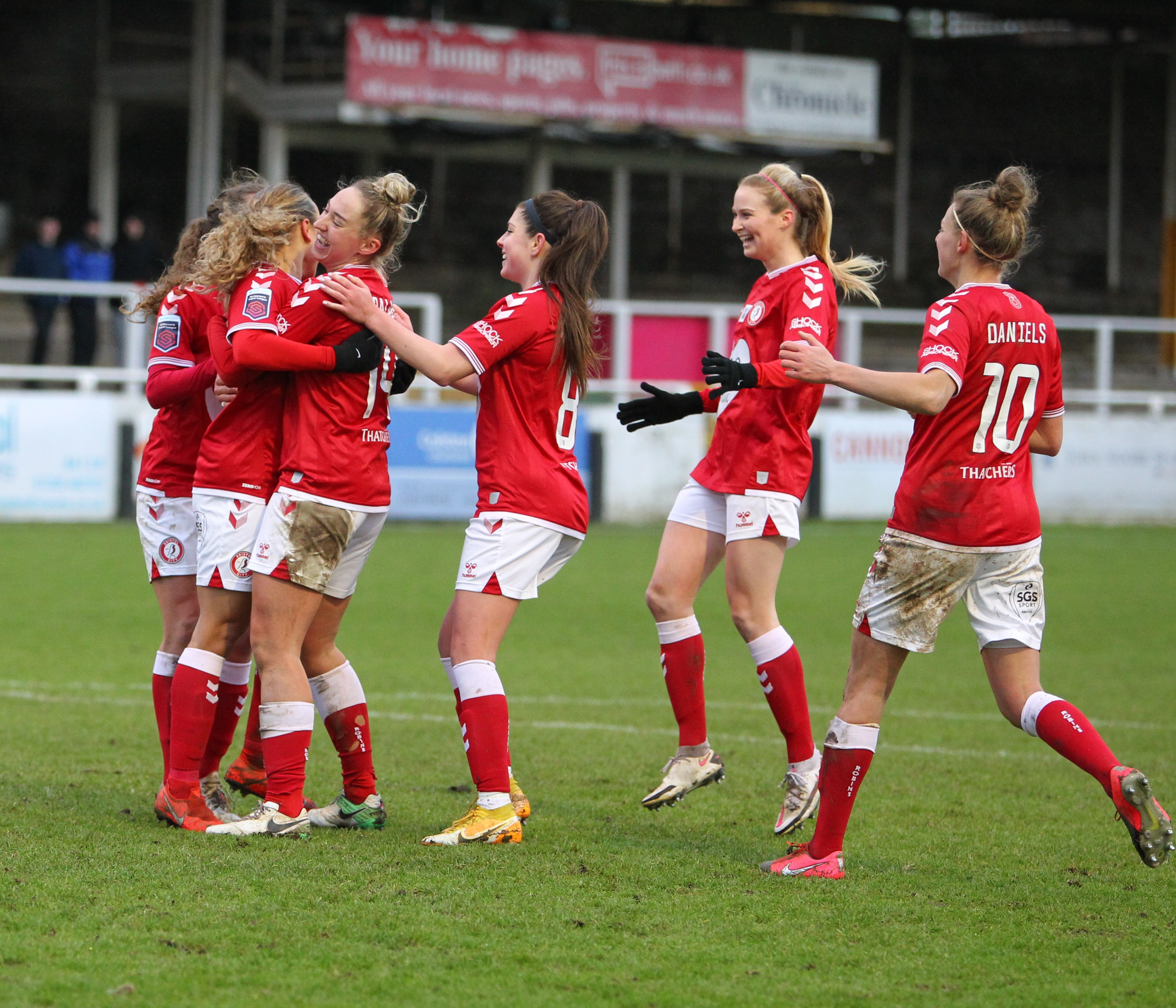 Bristol City picked up their first win of the season and their first victory under Matt BeardCredit: Represented by ZUMA Press, Inc. 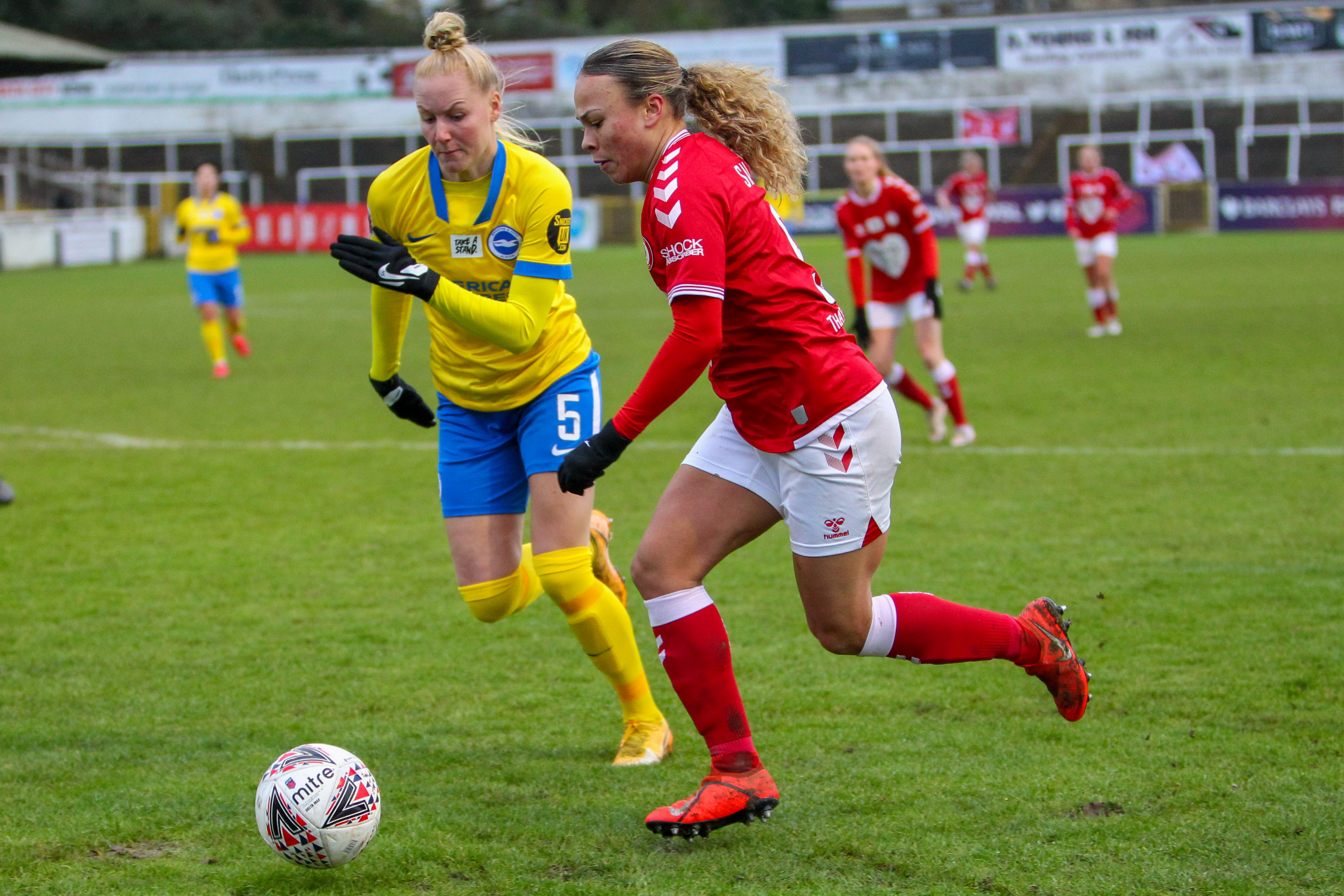 Ebony Salmon was on target twice for the Robins during the fiery encounter at Twerton ParkCredit: Represented by ZUMA Press, Inc.

An Ebony Salmon brace and a Yana Daniels boomer saw the Robins sink the Seagulls to register their first WSL victory under interim boss Beard.

But the clash was not without its moments of drama and anger which included a second-half red card for Kayleigh Green.

The Wales ace was given her marching orders for a stamp on Yana Daniels in the 68th minute.

And the Belgium star revealed Green had apologised and there were no hard feelings afterwards.

Beard said: “It was a clear red card as she had a red mist and stamped on Yana. I think they were lucky to finish the game with ten players.

Daniels added: “These things happen in football. There is so much passion in the match and they were losing.

“I think it just was a really tough, feisty game and she apologised so it is forgotten already.”

Bristol, eager to bounce back from a 4-0 drubbing at Everton, got off to a flier through Daniels’ long-range opener in the third minute. 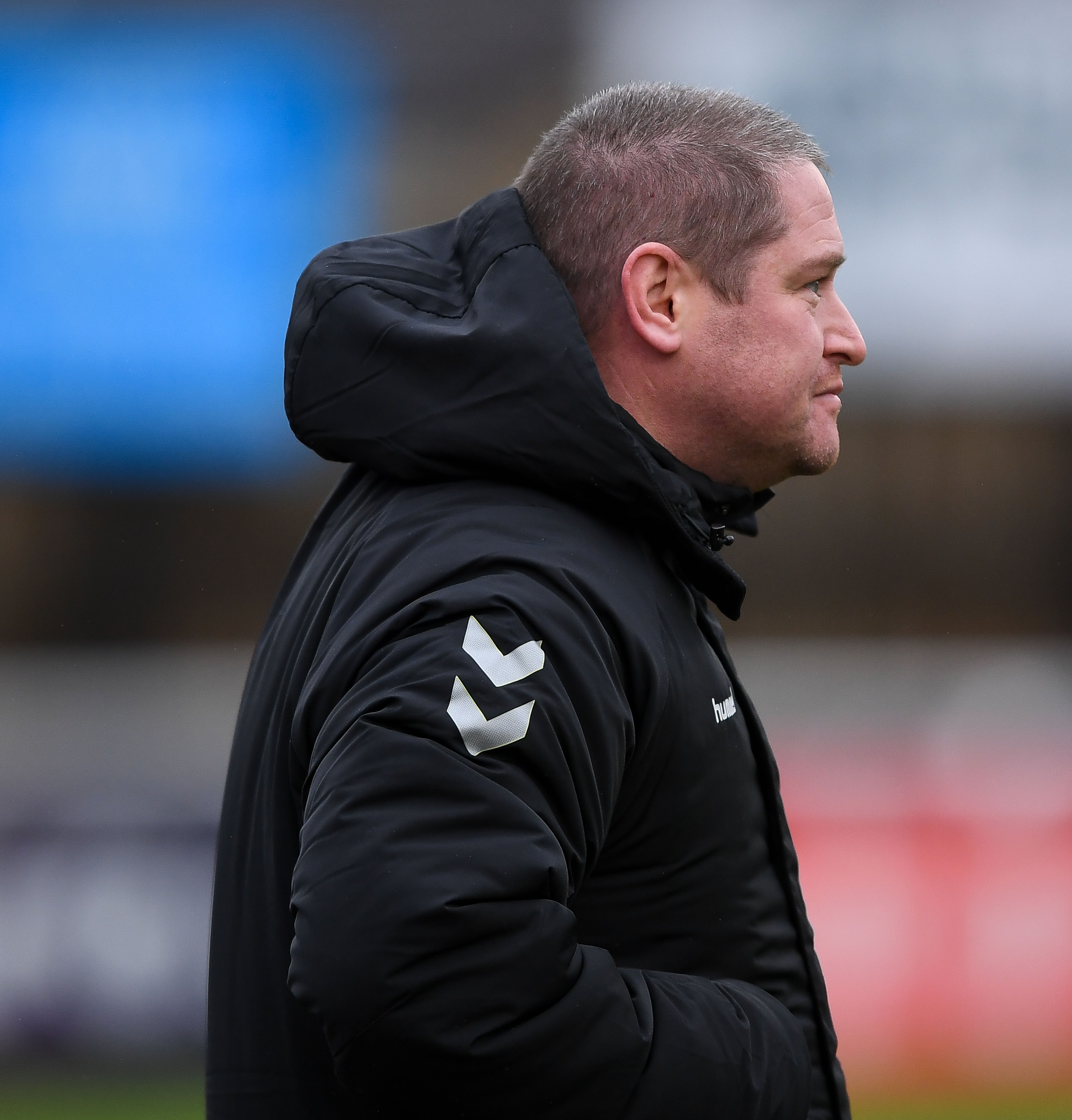 However, Brighton refused to be bowed and set about pressuring their hosts keeping them pinned in their own half in the first 30 minutes.

And they should have levelled after a quarter of an hour with several Seagulls lining up but failing to strike in the Robins’ penalty area.

Despite Brighton’s efforts, the hosts extended their lead with Ebony Salmon netting after the half-hour mark following a glorious pass from Jasmine Matthews.

And the Bristol starlet picked up her fifth goal of the season from the penalty spot after Victoria Williams was penalised for a handball thirty minutes into the second half. 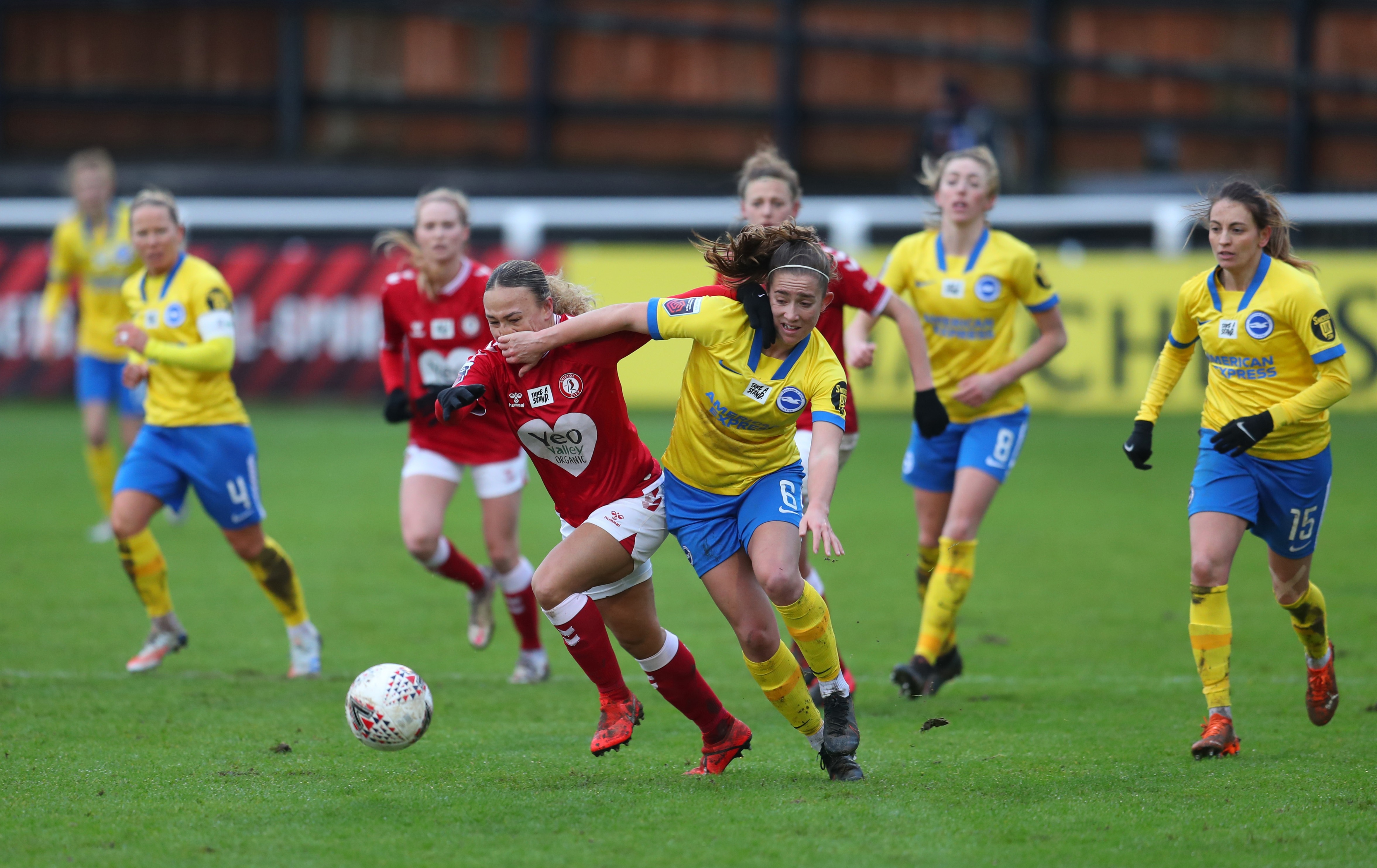 Brighton have lost five league games on the bounce ahead of their trip to ChelseaCredit: Getty Images – Getty

With 22 minutes to go the visitors were reduced to ten players after Kayleigh Green saw red.

The 3-0 win leaves Matt Beard’s side, who are bottom, just four points behind ninth-placed Brighton

And Hope Powell’s player face a tricky trip to Chelsea next in the league.

However, the Twerton Park boss is wary of the advantage his old club has with the Hammers carrying two games in hand over the Robins.

Beard added:  “What we have done is put West Ham and Aston Villa under pressure for their games because we’ve got three points and we’ve got a little bit closer to them. 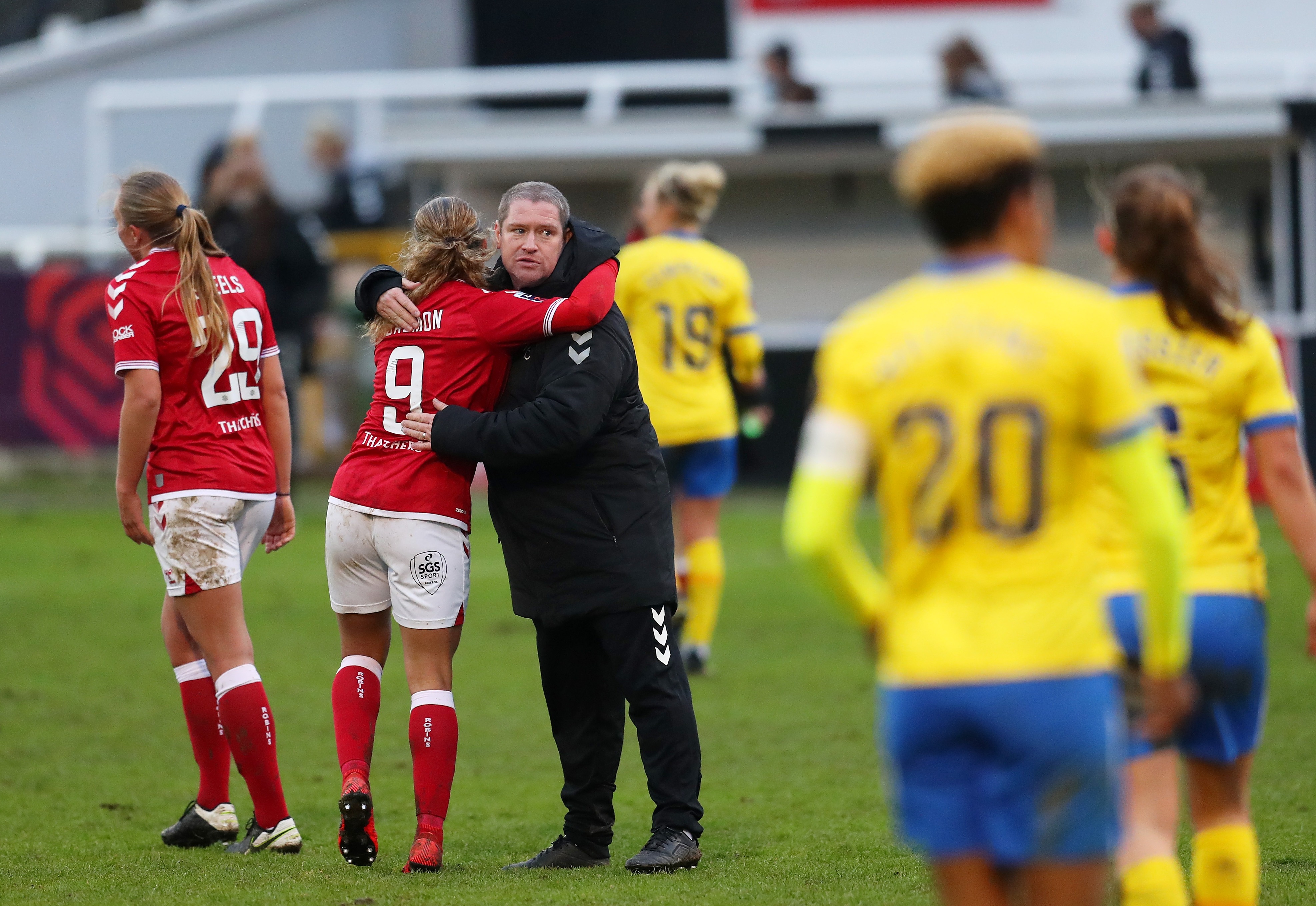 The Robins are due to take on Leicester City in the Conti Cup semi-finalsCredit: Getty Images – Getty

“We can only control ourselves and that’s the most important thing.

“At the moment, we’re still reliant on other teams dropping points.

“All we can do is control what we can control and just keep picking points up and trying to do as much as we can to stay up.”

Social distancing could be in place for rest of year unless Covid vaccine can halt ‘third death spike’, say ministers