ROBERT LEWANDOWSKI could miss Bayern Munich’s potential Champions League semi-final against Manchester City after being ruled out for FOUR weeks with a knee injury. 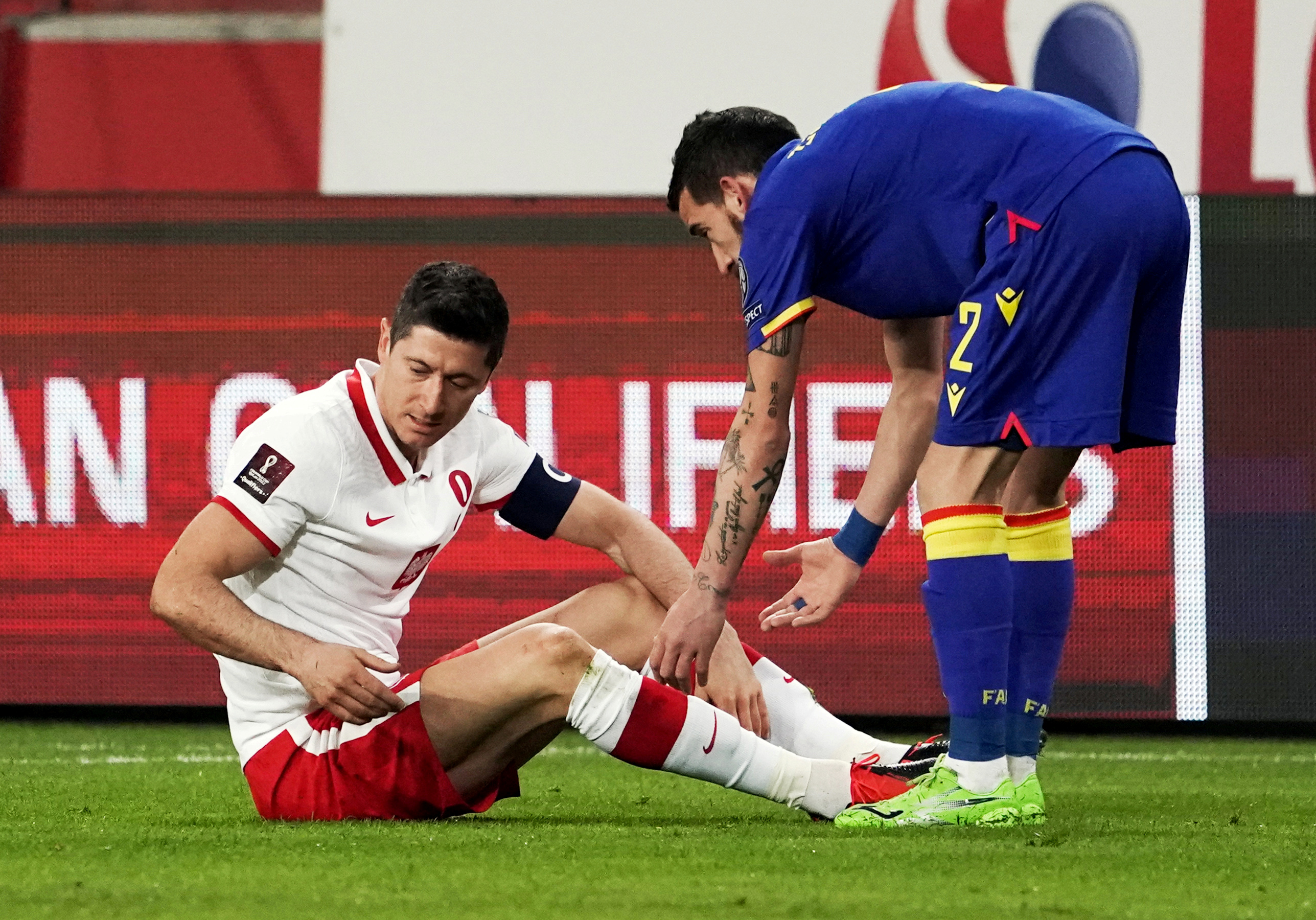 Robert Lewandowski is out injured for four weeks – and could miss a potential Champions League semi-final clash with Man CityCredit: Reuters

But the hitman is now expected to miss at least another month, massively impacting Bayern Munich’s season.

It means Lewandowski will definitely miss both legs of the Champions League quarter-final against Paris Saint-Germain, who Bayern beat in last year’s August final.

The Pole will also be sidelined for the crunch Bundesliga title clash against RB Leipzig, with just four points currently separating them at the top of the table.

Should Bayern beat PSG, they would face either Man City or rivals Borussia Dortmund in the semis.

The exact first leg date is yet to be confirmed, but the first leg will be on either Arpil 27 or 28.

Lewandowski is now in a race against time to be fit, with a potential clash against former boss Pep Guardiola on the cards.

However, Lewandowski could be fit to feature in the second leg of the semis, which take place on May 4 o r 5.

The ace will now be looking to recover as soon as possible after straining the ligaments in his right knee.

Bayern will miss their star man in attack, with Lewandowski already on 42 goals this season in just 36 matches.

Bar his first season in Bavaria, Lewandowski has netted at least 40 goals each term for the German giants – including 55 in the last campaign.

And Bayern will now have to contend against Kylian Mbappe and Neymar without their own superstar striker in the side.

Candidates to replace Lewandowski up front include Thomas Muller and Serge Gnabry, although neither are natural No9s and are usually deployed in the same XI as the Polish ace in supporting roles.