CARLO ANCELOTTI has got Everton’s fans dreaming of both reaching Europe AND finishing above their neighbours.

And tonight, Ancelotti’s team finally proved that maybe, there is a chance this unlikely double could actually happen. 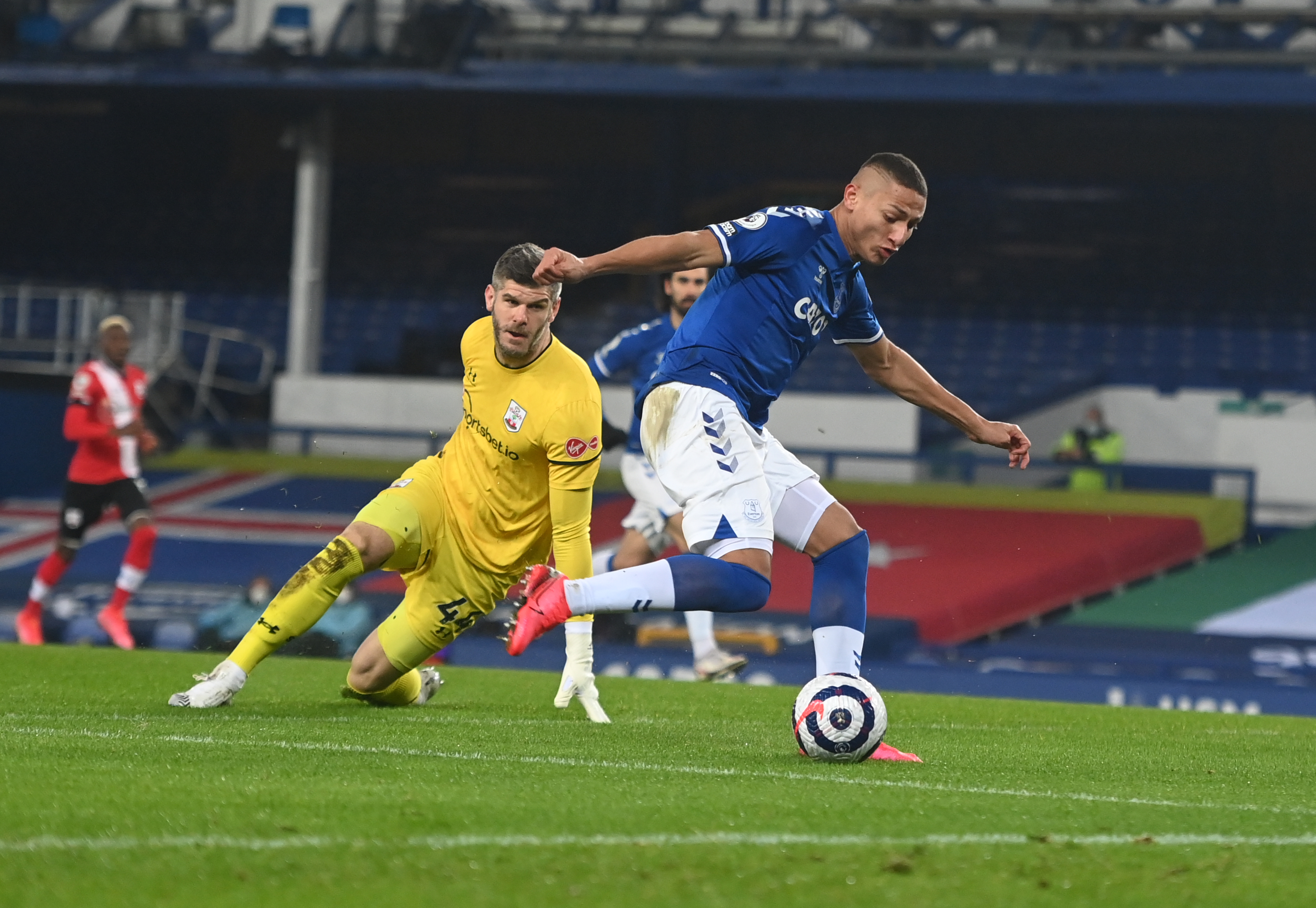 Everton need to sort out their terrible home form. And tonight, they did just that to end a run of three successive home Premier League losses and it was also their first victory in six matches at Goodison.

It was incredibly ugly, not that Everton fans will care. Richarlison’s winning goal, after nine minutes, was one of only two shots on target in the game.

The second game in the 90th minute when Jordan Pickford delivered a massive save to deny Jannik Vestergaard.

Although Everton were not at their best, Southampton were the opposition. And that tells you everything you need to know.

Since their manager, Ralph Hasenhuttl, turned on the waterworks with his over-the-top reactions after beating Liverpool on January 4, Saints have fallen to pieces.

They are now winless in nine matches and should be thankful they have enough points in the bank – just about – to avoid too many worries down at the bottom.

Hassenhuttl will celebrate his 100th game in charge of the club against Sheffield United on Saturday and surely, this win must come soon.

Weirdly, Everton, despite their poor results at Goodison, have not lost a Premier League game at home when leading at half time since March 2016 against West Ham. 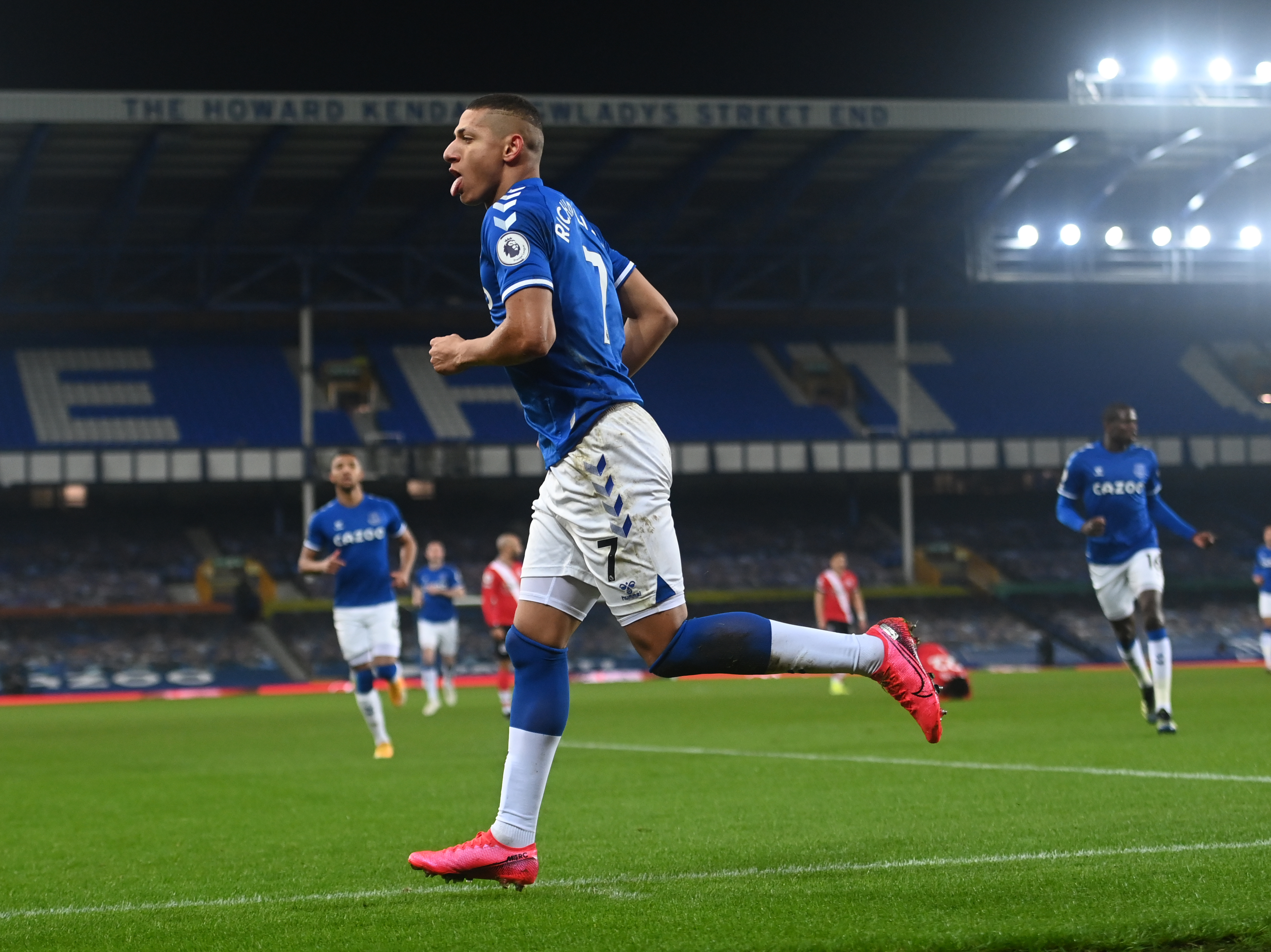 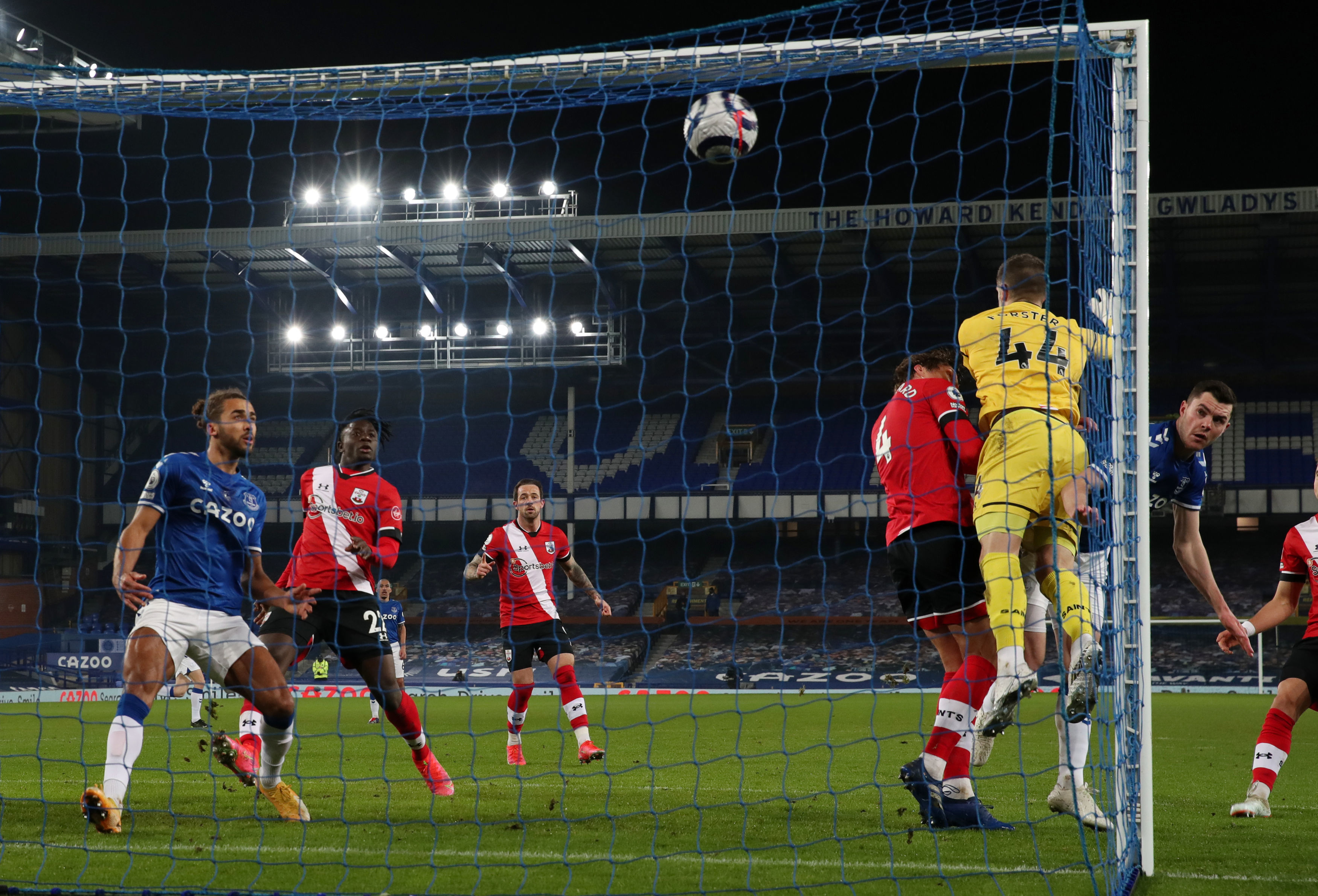 Michael Keane thinks he’s made it 2-0… only for VAR to interveneCredit: PA:Press Association

Their record is now P32 W26 D5 and L0 and it is difficult to imagine any of the games were worse to watch than this.

Ahead of the game, Hasenhuttl urged his players to be organised, avoid conceding an early goal and to stop being too ‘nice’.

Sadly though, his players had not been listening.

As Gylfi Sigurdsson slipped a clever pass through for Richarlison, there was only going to be one outcome and the Brazilian rounded Fraser Forster before scoring for his third goal in as many games and 11th in total.

Yet Dominic Calvert-Lewin deserved a lot of the credit for winning two aerial challenges against James Ward-Prowse and Mohammed Salisu after a massive punt forward by Jordan Pickford.

Salisu did his best to claim he had been fouled by Calvert-Lewin, which he had not, and a quick VAR check confirmed that Richarlison’s goal would stand.

Michael Keane thought he had increased their lead with a header from a clever free-kick routine which completely fooled the Saints but Mason Holgate was ruled offside, again, after a VAR check

Everton were a constant threat at set-pieces. From the next one, they gave the visiting defence even more problems and had Richarlison showed a bit more courage by throwing himself at Sigurdsson’s delivery, rather than just sticking out a leg, he would have scored. 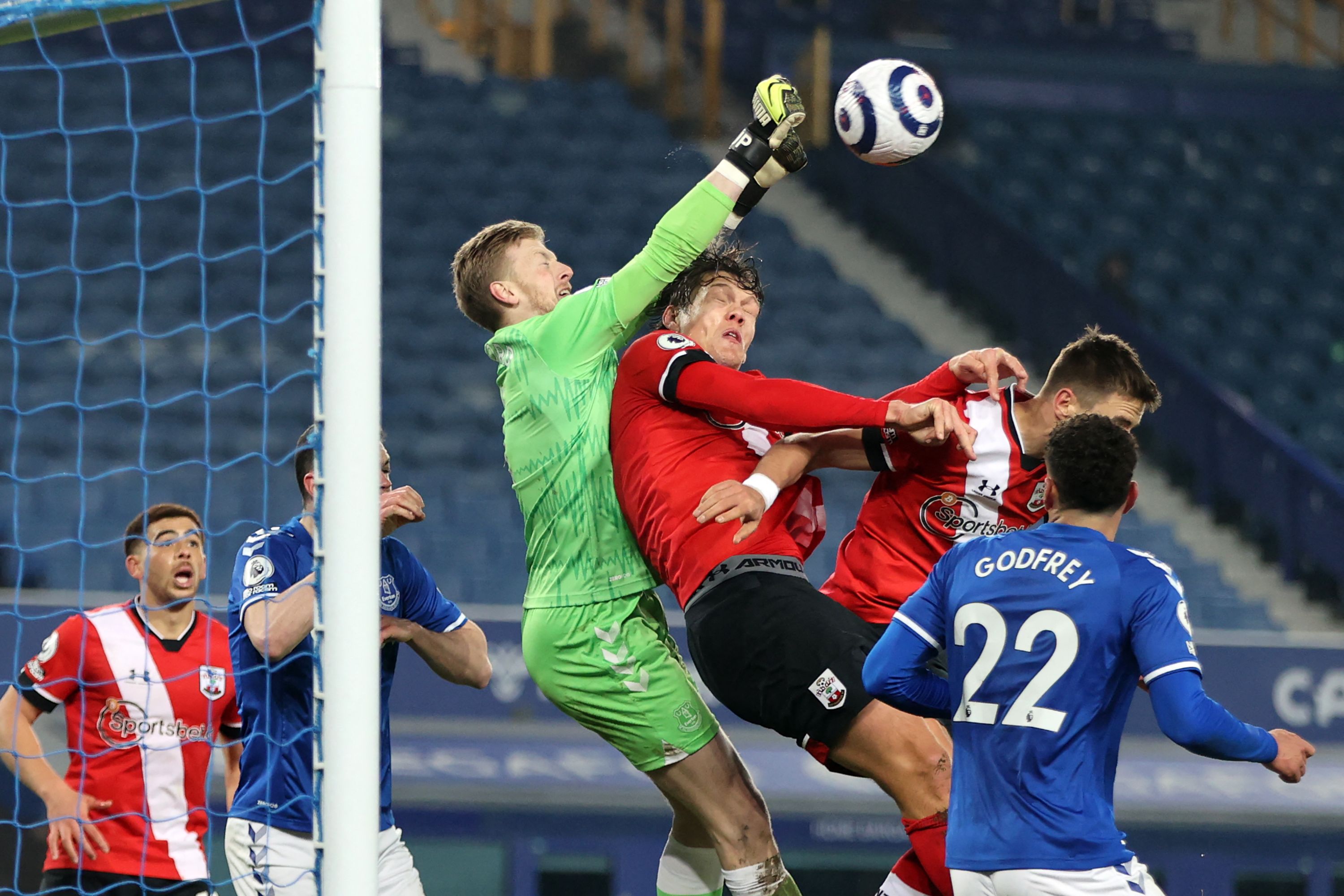 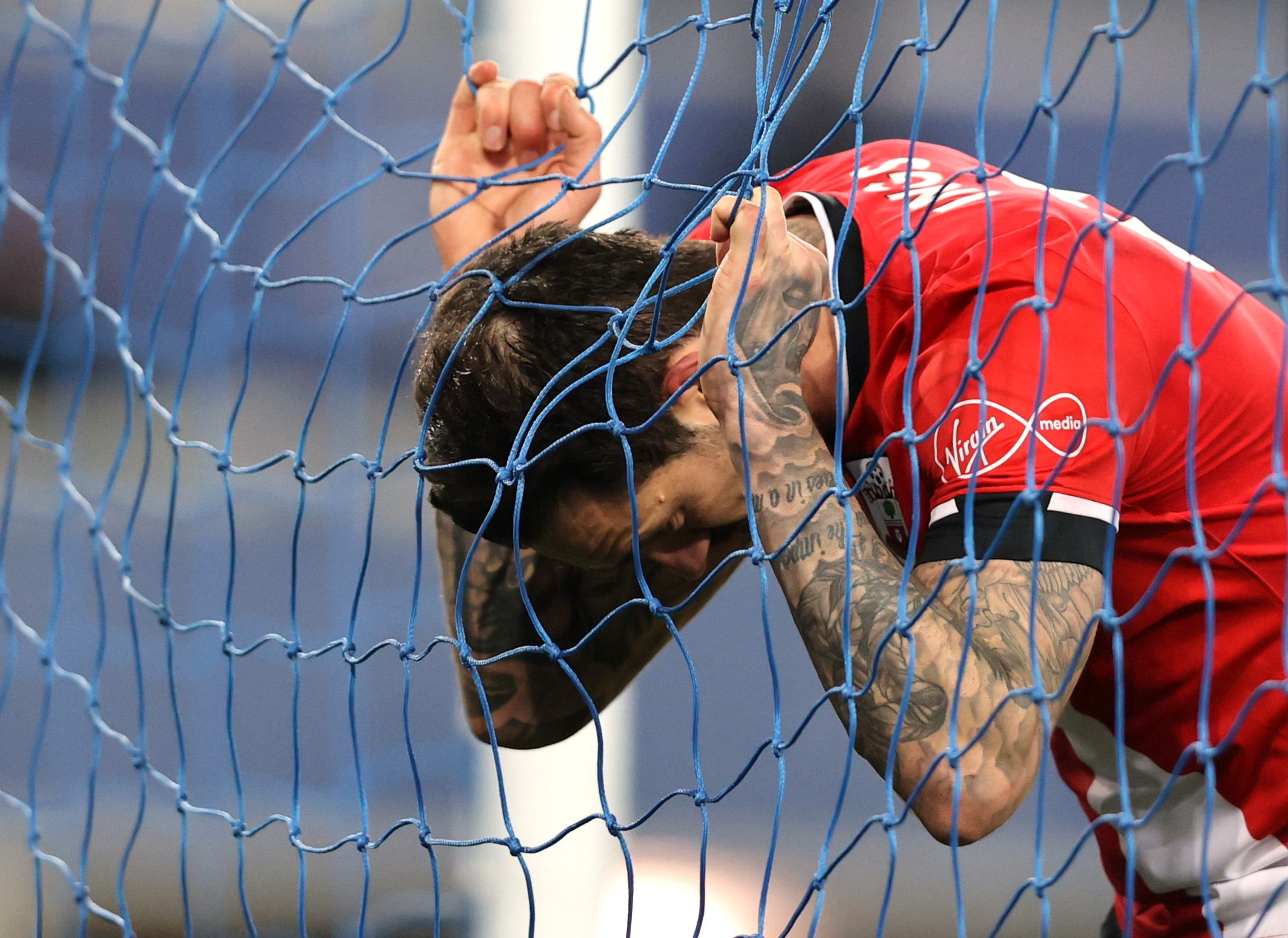 Yet in spells, Southampton were the better side and created a few promising moments even though they failed to create anything clear cut for Danny Ings and in the second half, he barely had a touch.

It took over an hour before Southampton created anything, but Salisu headed Ward-Prowse’s corner wide while Moussa Djenepo wasted a big chance with five minutes left and then Pickford delivered the big moment to block Vestergaard.

Pickford, who does not always help himself with such inconsistent performances, made himself big to deny the Danish defender.

And these are the sort of massively important stops you expect from a keeper who is his country’s No1.

While there were some nervous moments at the and, they hung on to move level on points with Liverpool with a game in hand.

For Reds fans across Stanley Park, defending their Premier League title in such a shambolic way is painful. But finishing below Everton would be even worse. 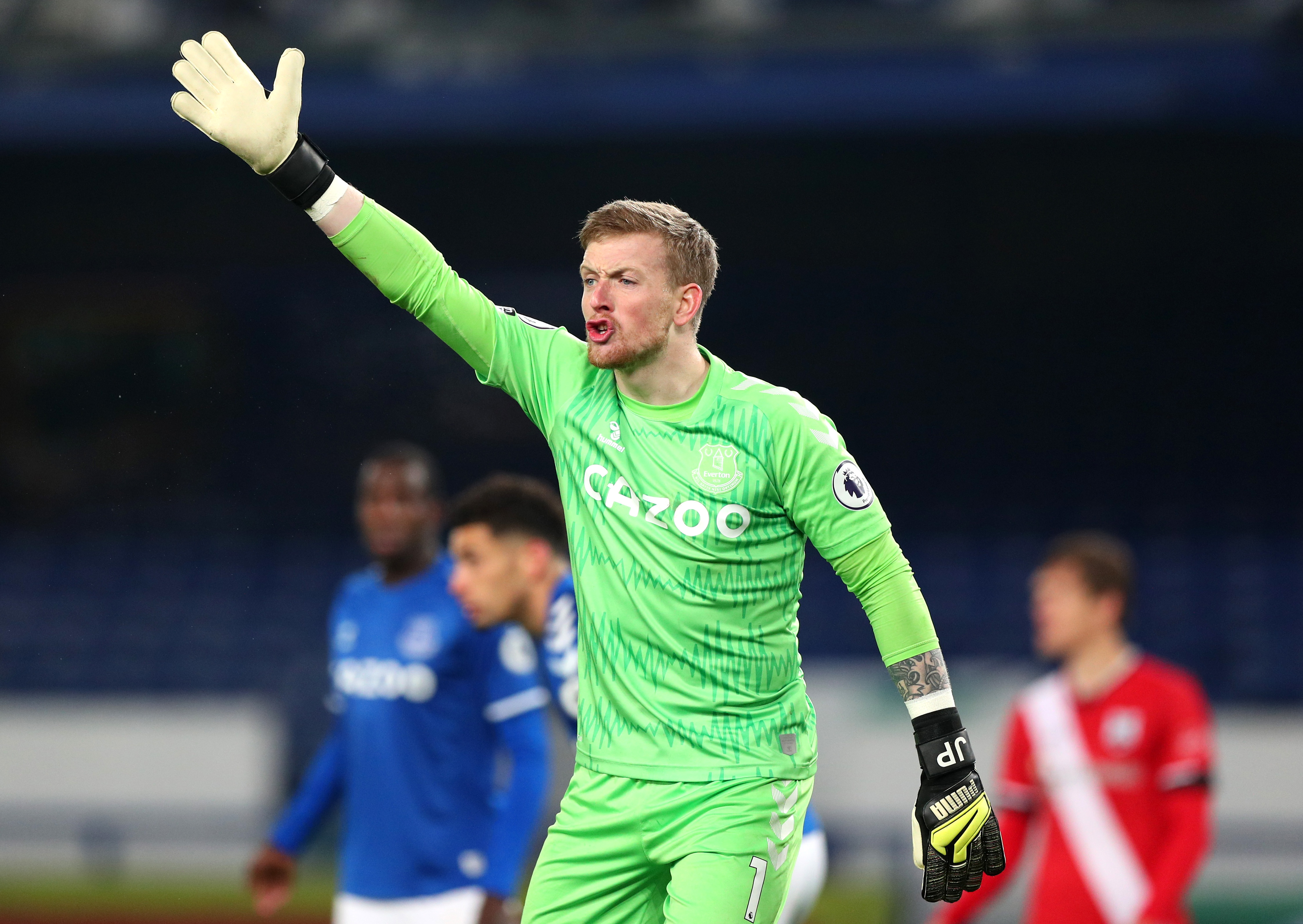 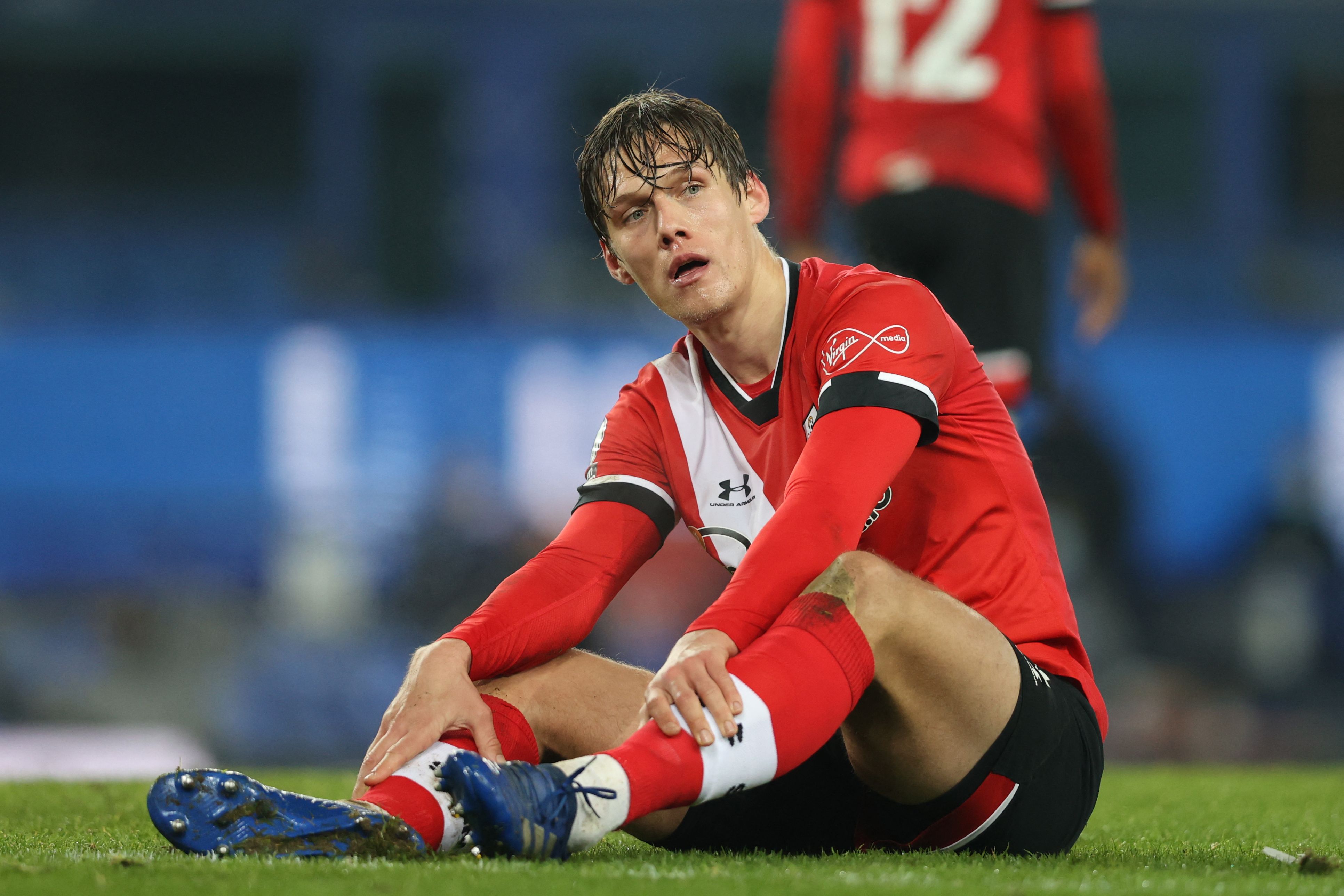 Jannik Vestergaard looks on after squandering a late chanceCredit: AFP