SADIO MANE was only just onside but his goal was enough for Liverpool to inch closer to history.

And West Ham, missing captain Declan Rice through illness, will be sick that they did not take a point. 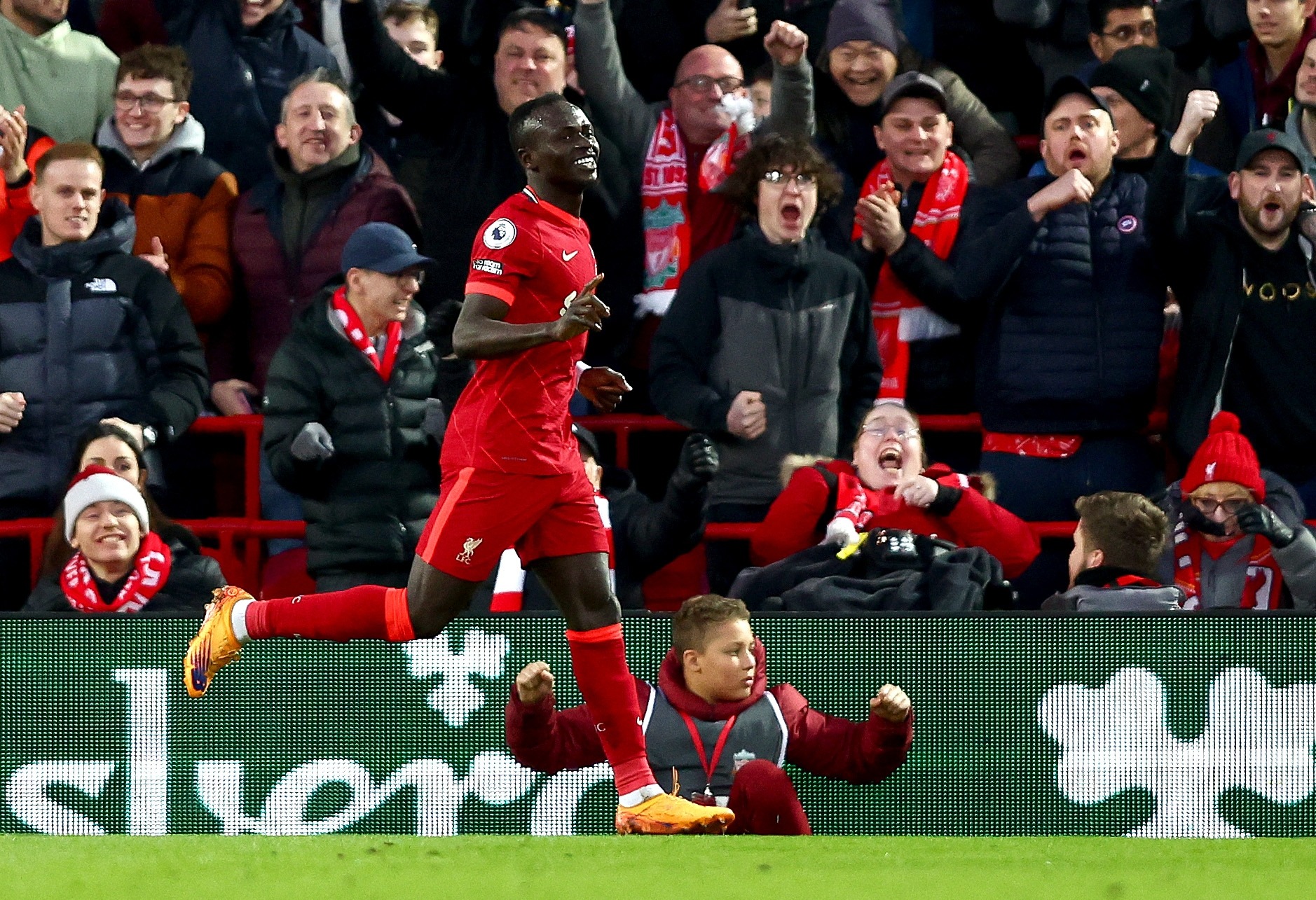 The Reds’ bid for an unprecedented Quadruple was there for the denting as the Hammers squandered chances to make the home side pay for their own missed opportunities.

Pablo Fornals in the first half, then Michail Antonio and especially Manuel Lanzini in the second, should have forced Jurgen Klopp’s team to find the second goal that they always looked like needing in order to continue their winning run.

Instead Liverpool held on for their 12th victory in a row in all competitions. They will probably need 11 more in the Premier League alone, including at the Etihad in April, if they are to dethrone Manchester City as champions.

For David Moyes and West Ham, it was another setback in their own chase for four – fourth place, that is.

This was ex-Everton boss Moyes’ 18th visit to Anfield as a manager and the 18th time he departed without winning.

Since the world last faced nuclear armageddon during the Cuban Missile Crisis of 1962, West Ham had won only once at Anfield. 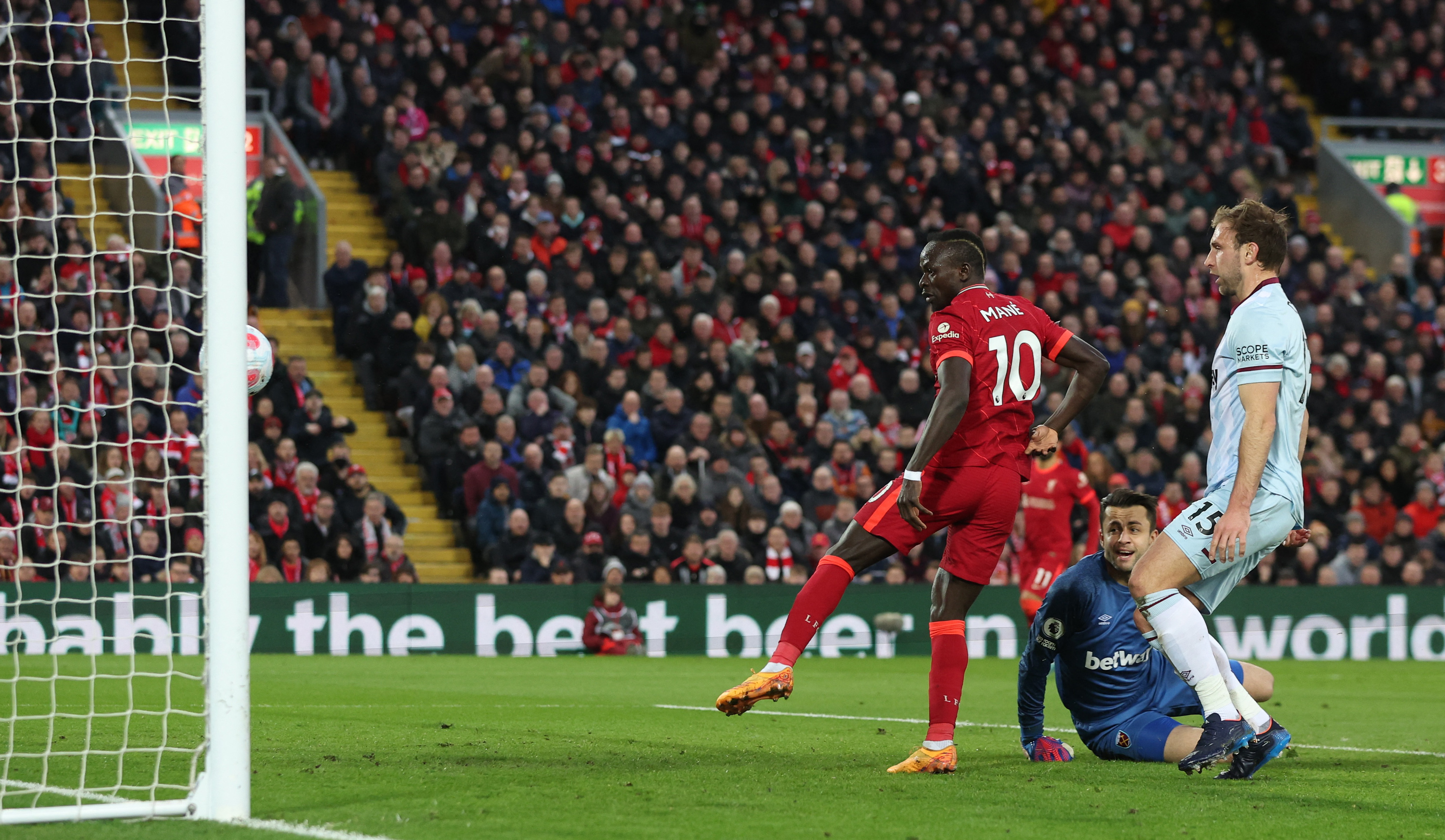 Mane pounced in the 27th minute in a tense matchCredit: Reuters 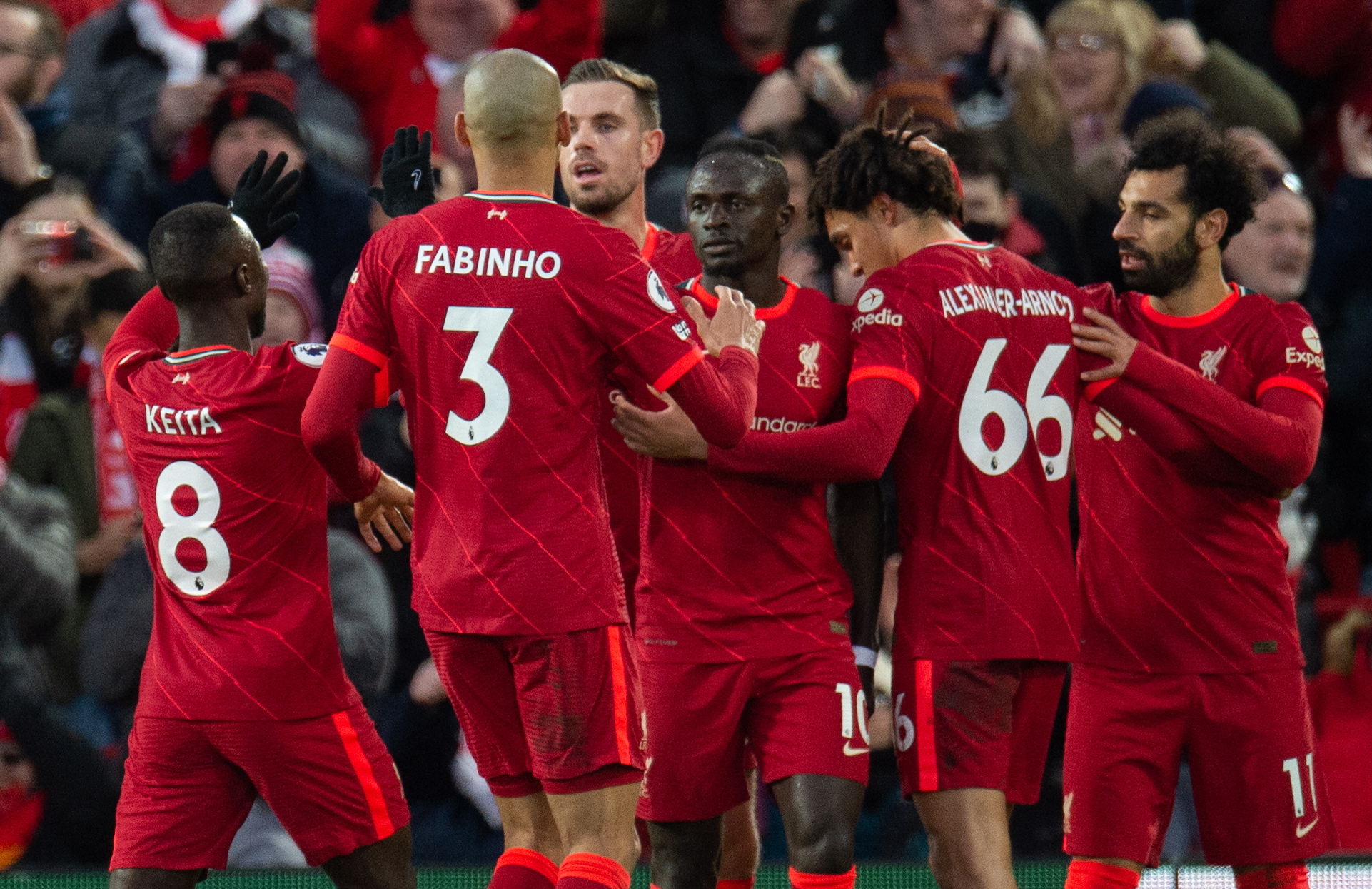 The pressure is now on Man City ahead of Sunday’s derby against UnitedCredit: EPA

On this visit, they should have been behind inside 70 seconds and perhaps even three down within 11 minutes.

Mo Salah failed to convert all three times, setting the tone for a poor day for Liverpool’s leading man.

First, Trent Alexander-Arnold caught the visitors napping with a quickly-taken free kick and Salah was in the clear.

But after an unconvincing finish in a similar situation at Wembley six days earlier, Salah again failed to capitalise – although Lukasz Fabianski did well to stay big and save with his right leg.

Moments later, only an excellent challenge by Craig Dawson denied the Egyptian the chance to make amends. Then Salah dragged a shot badly wide.

Liverpool were on top but Michail Antonio gave them a couple of reminders of West Ham’s potential threat. The two saves Alisson made were decent but the defending that allowed the half-chances in the first place was not. 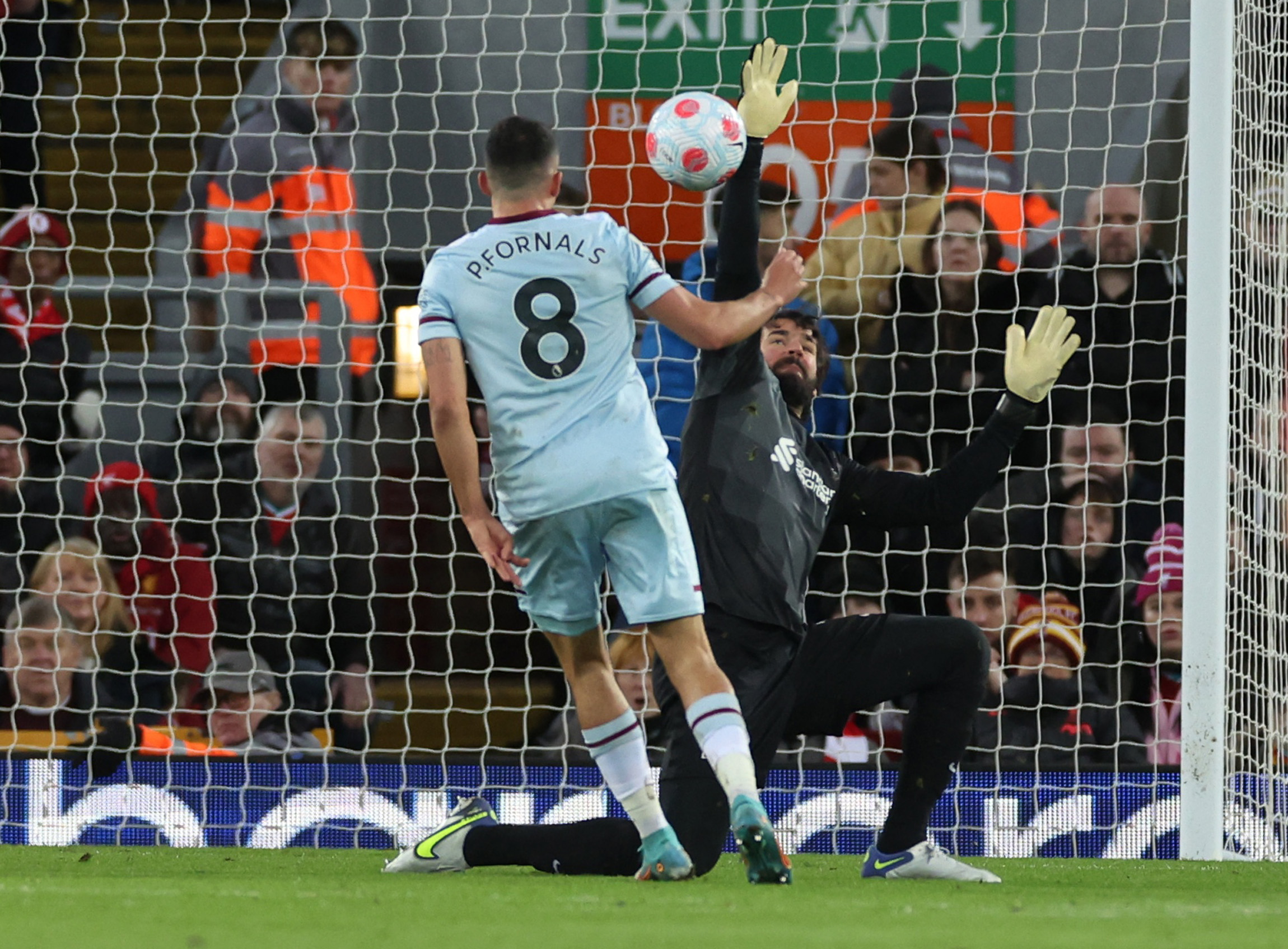 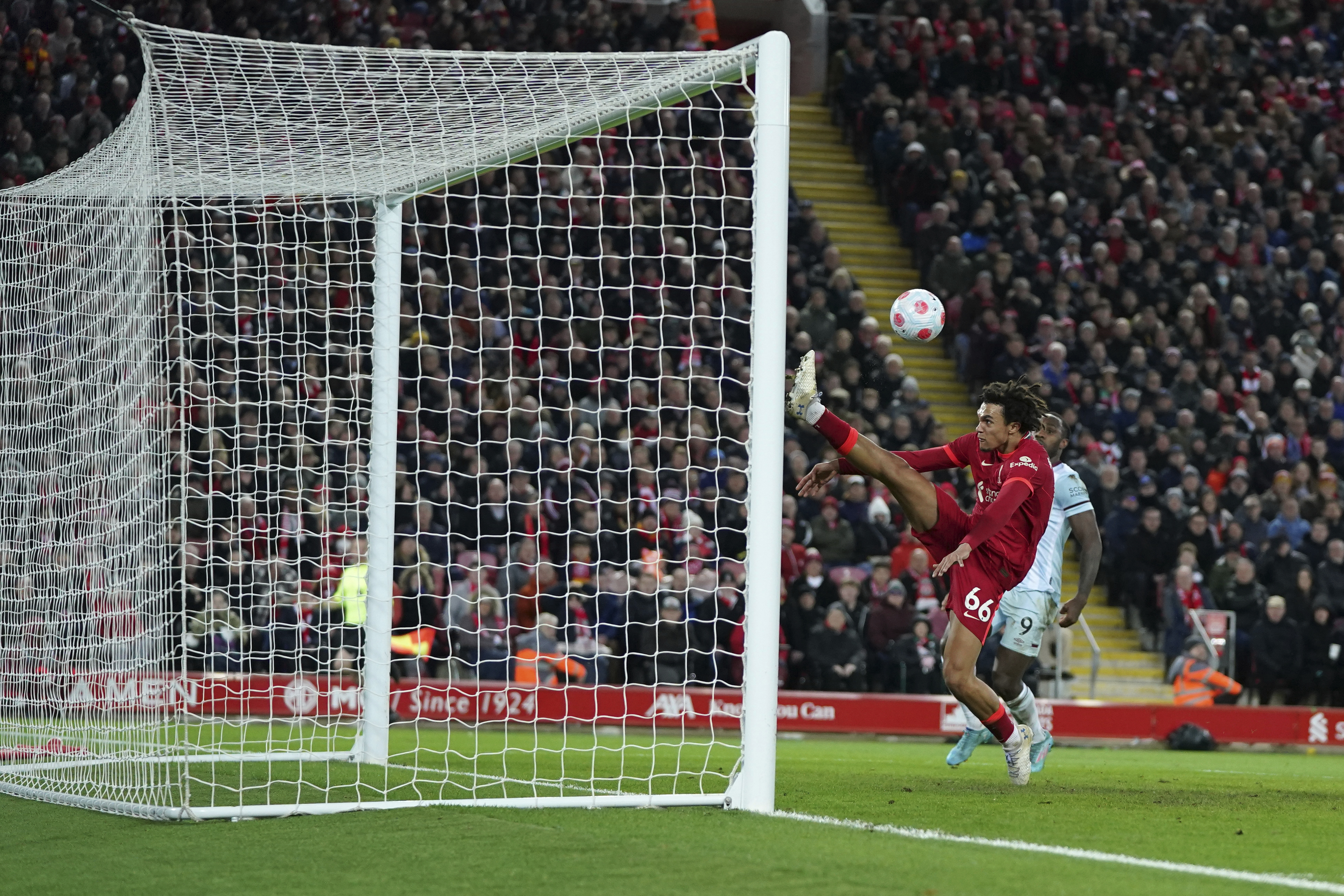 One clear-cut chance saw Trent Alexander-Arnold clear the ball off the lineCredit: AP

Dawson will be disappointed with the opening goal, too, even though it required validation by VAR.

Alexander-Arnold’s cross looked harmless, but Mane was both fractionally onside and on the wrong side of the Hammers center back, which meant he could tap the ball past a hesitant Fabianski.

The Liverpool full back went close himself soon afterwards after a brilliant Luis Diaz run earned a free kick on the edge of the box.

Despite the home side’s domination of possession, it felt like another one of those games where the Reds might regret failing to grab a second goal.

It so nearly came when Diaz met an Alexander-Arnold cross, but Aaron Cresswell stopped it on the line and the follow-up was smuggled away.

As if to underline the danger of missing such chances, the Liverpool right back had to make a crucial intervention at the other end. 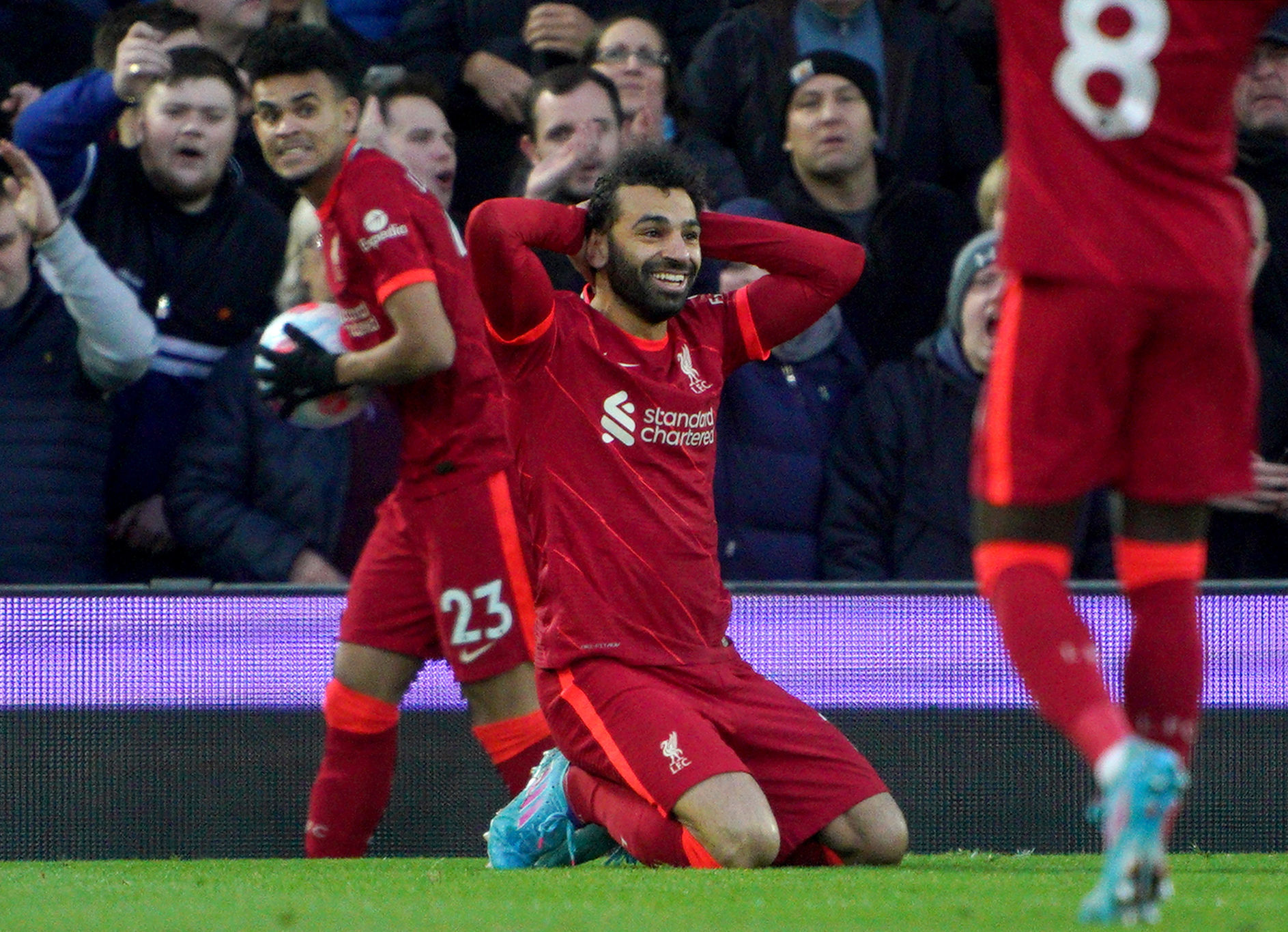 Mo Salah could not get in on the action as he too wasted chancesCredit: PA 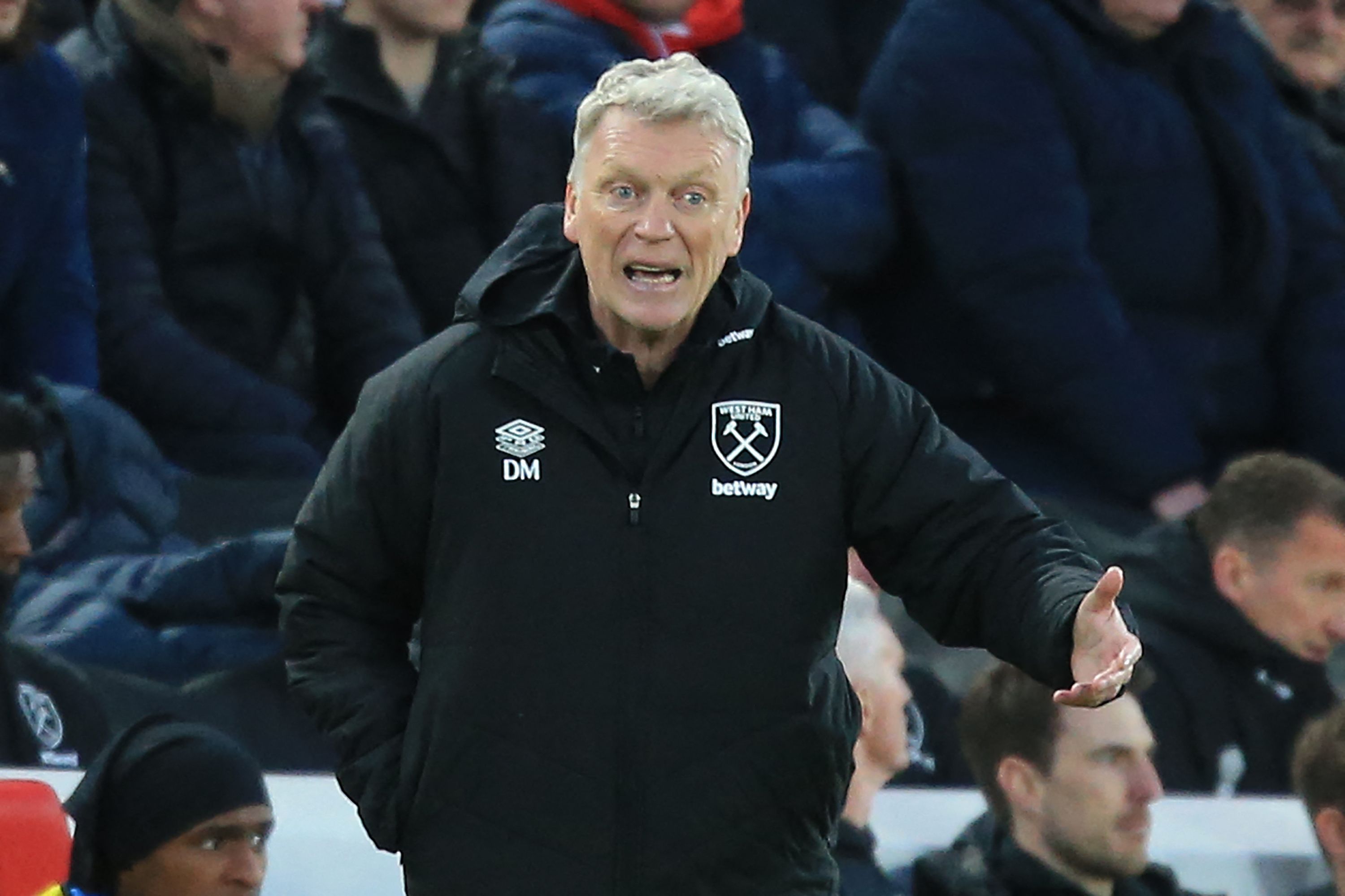 David Moyes will be disappointed not to leave Merseyside with a pointCredit: AFP

Alexander-Arnold had played Pablo Fornals onside but made it back in time to hook away Sparniard’s underhit lob. Alisson blocked Fornals’ follow-up, and Nikola Vlasic’s deflected effort drifted wide.

Liverpool might have paid the price for another poorly-executed attempt to win an offside decision, but Antonio rushed his shot.

West Ham knew it, too, of course.

Jarrod Bowen had been quiet, but a poor header by Virgil Van Dijk left him bearing down on goal. Andy Robertson saved the Dutchman’s blushes with a superb covering challenge. 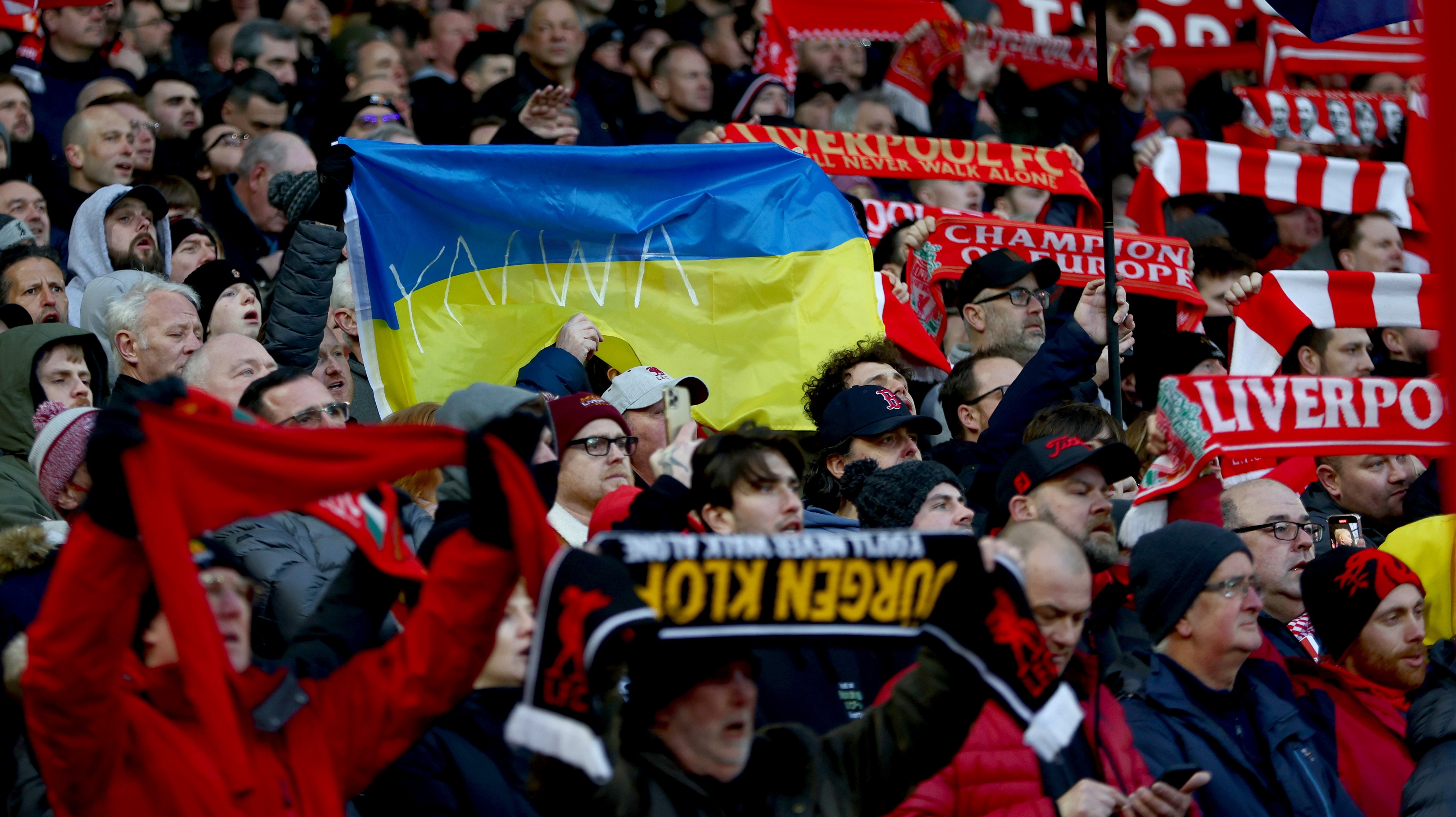 Liverpool fans showed their support for Ukraine before the gameCredit: Getty 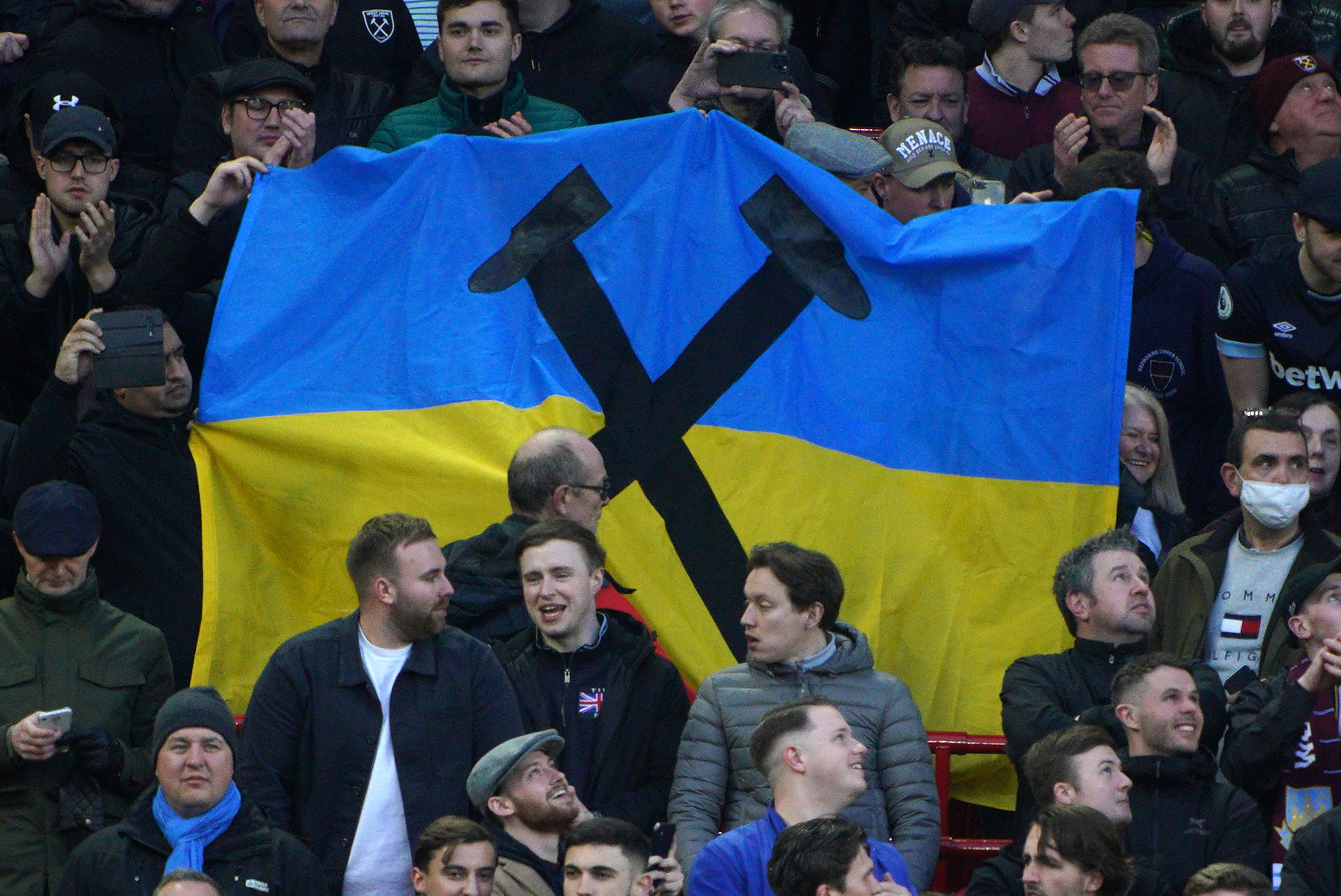 Bowen hobbled off minutes later but his team stayed in the game. The visitors were making fewer chances of their own but they were also denying the hosts clear-cut opportunities.

When openings came, Diaz curled his shot wide from just outside the 18-yard area and Salah hit both his straight at Fabianski.

Lanzini should have punished them. He did so well to control Tomas Soucek’s cross and wrong-foot Alexander-Arnold. But the Argentinian’s shot, scooped well over the bar, was woeful.

Diaz went close again at the other end, then teed up Salah for a chance that he fluffed.

It was to be his last. Like Mane the week before, he made no secret of his disappointment at being substituted.

Then came Antonio’s opportunity to make Salah and Liverpool rue their wastefulness.

Mark Noble’s pass cleared Naby Keita, Antonio turned inside past Robertson but Keita made up ground to stop the West Ham striker pulling the trigger.

The Liverpool crowd had been quiet for most of the afternoon and their nerves were fully justified.

They carried on jangling until referee Jon Moss blew his whistle, having played one minute over the minimum of five that had been added.