MANCHESTER UNITED WILL rue this.

If neighbours City win at Anfield in the Super Sunday clash it will take a mammoth effort to haul them back in. 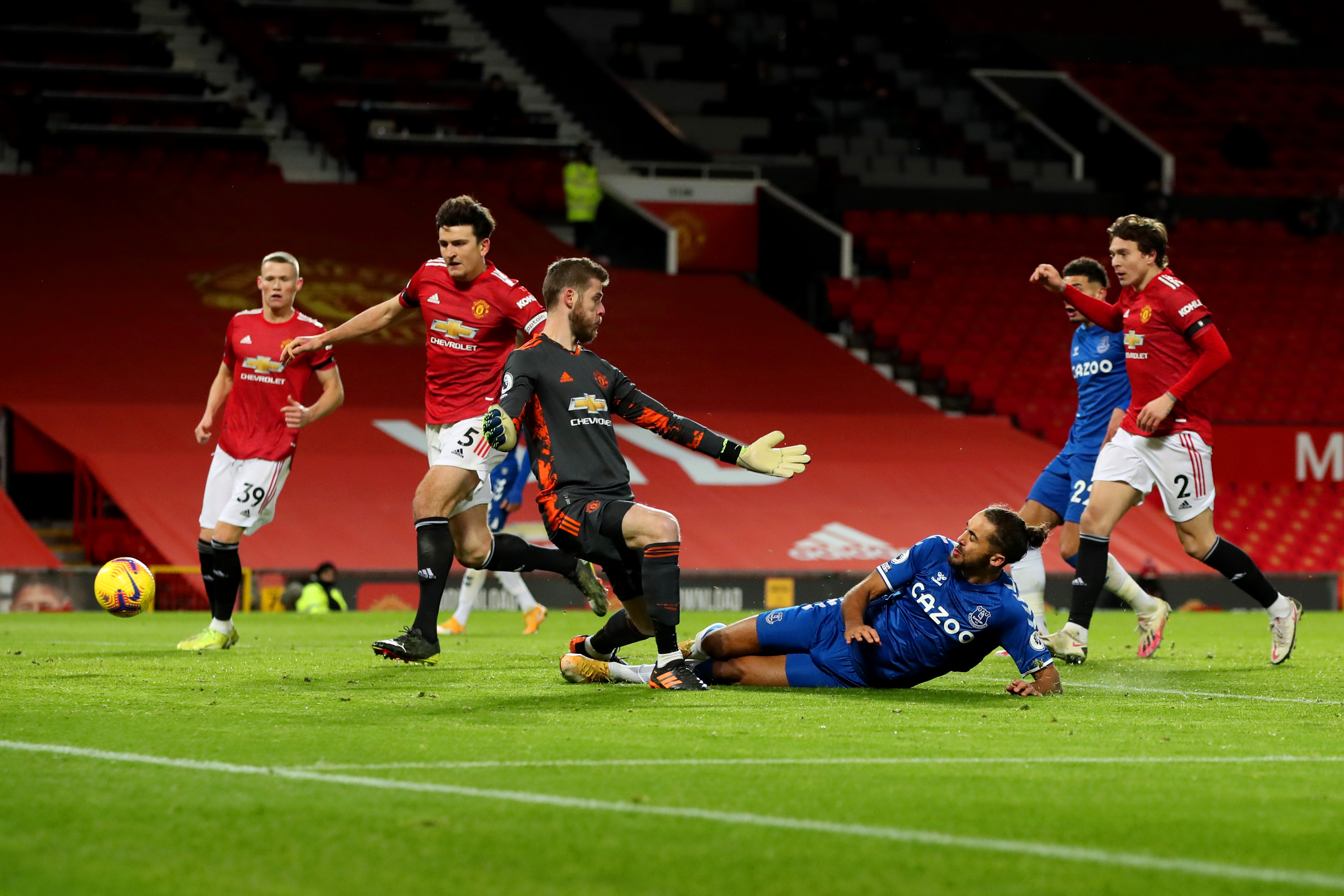 Calvert-Lewin slid home Everton’s equaliser with virtually the last touch of the matchCredit: 3

Their two games in hand could equate to an eight point gap.

But nobody should think that City’s walk to a title should have been inevitable.

There is a spirit in this Manchester United side that may yet have Paddy Power counting the cost.

So convinced were the bookmakers of Manchester City’s current table top form that they paid out on them being Champions last week.

They don’t get it wrong and are unlikely to this time.

United will not go away.

There is a spirit in this team that will not be accepting what Paddy thinks is inevitable.

The way they came back to lead after surrendering a two goal lead was proof of that, as was their vulnerability as they conceded to draw 3-3 with the last action of the game.

It is still just one defeat in the league since November 1st. 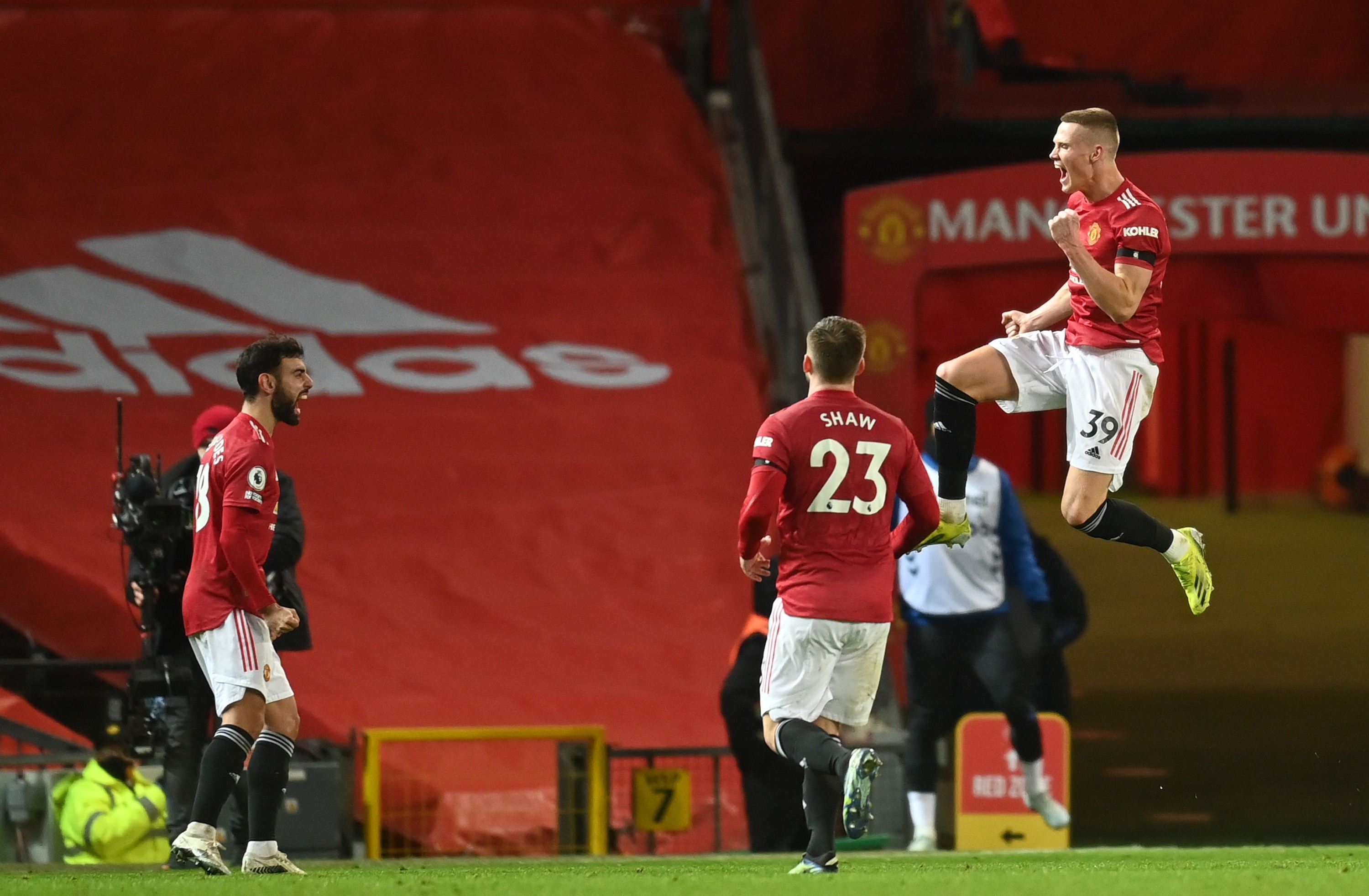 McTominay’s header looked to have given Man Utd victory before the late dramaCredit: Getty Images – Getty 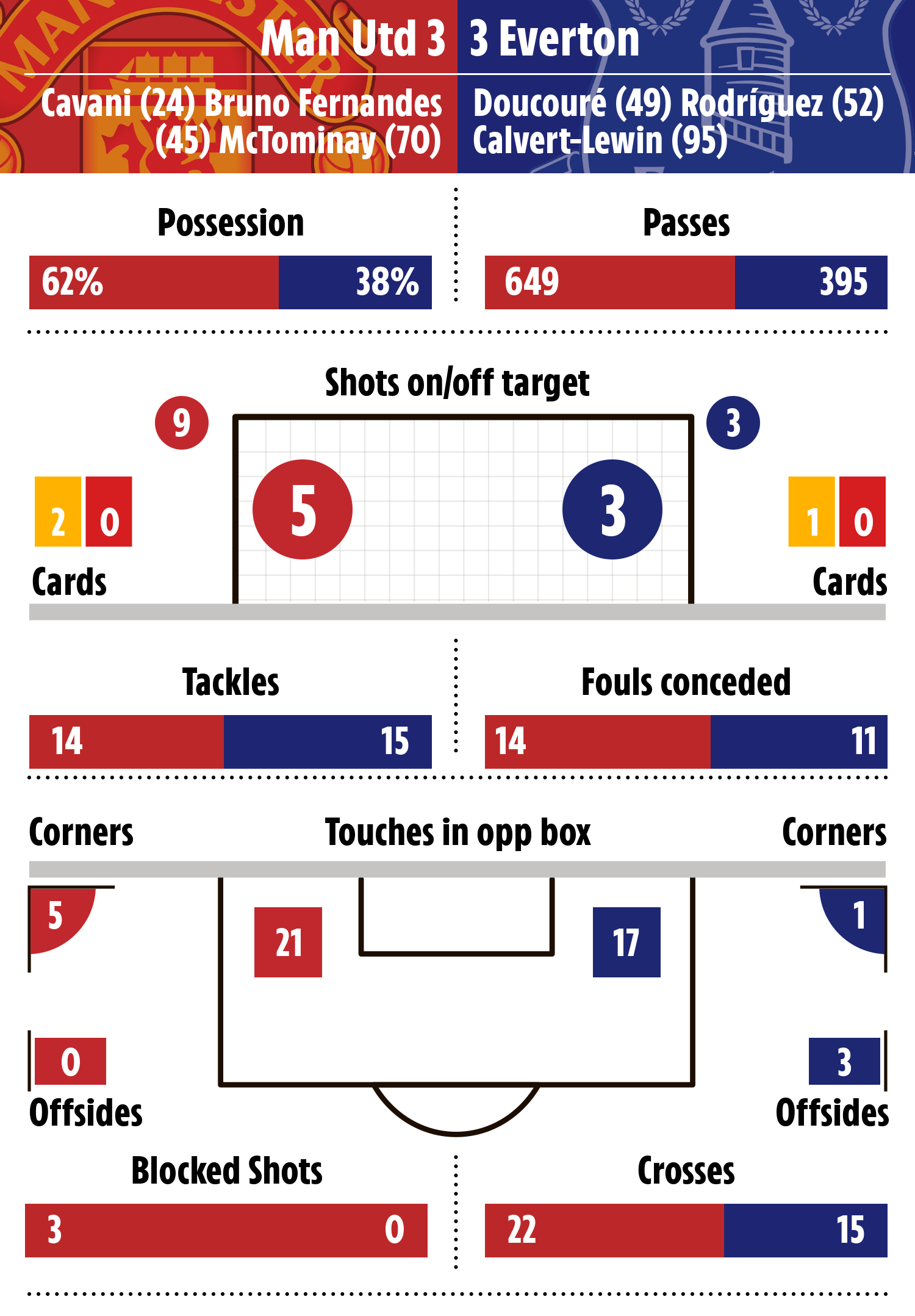 They can also hope Liverpool do them a favour.

Let’s not forget there is an even more daunting prospect on the horizon for Pep Guardiola – the Champions League.

Their first knockout round is against Borussia Moenchengladbach, with tougher challenges to come if they get past the German side.

There is pressure on City to win it, there is no pressure on United to win the Europa League.

Indeed if they went out over two legs to Real Sociedad it could prove to be their most important result of  the season.

They could then concentrate on the league while City plough on in the toughest club competition. 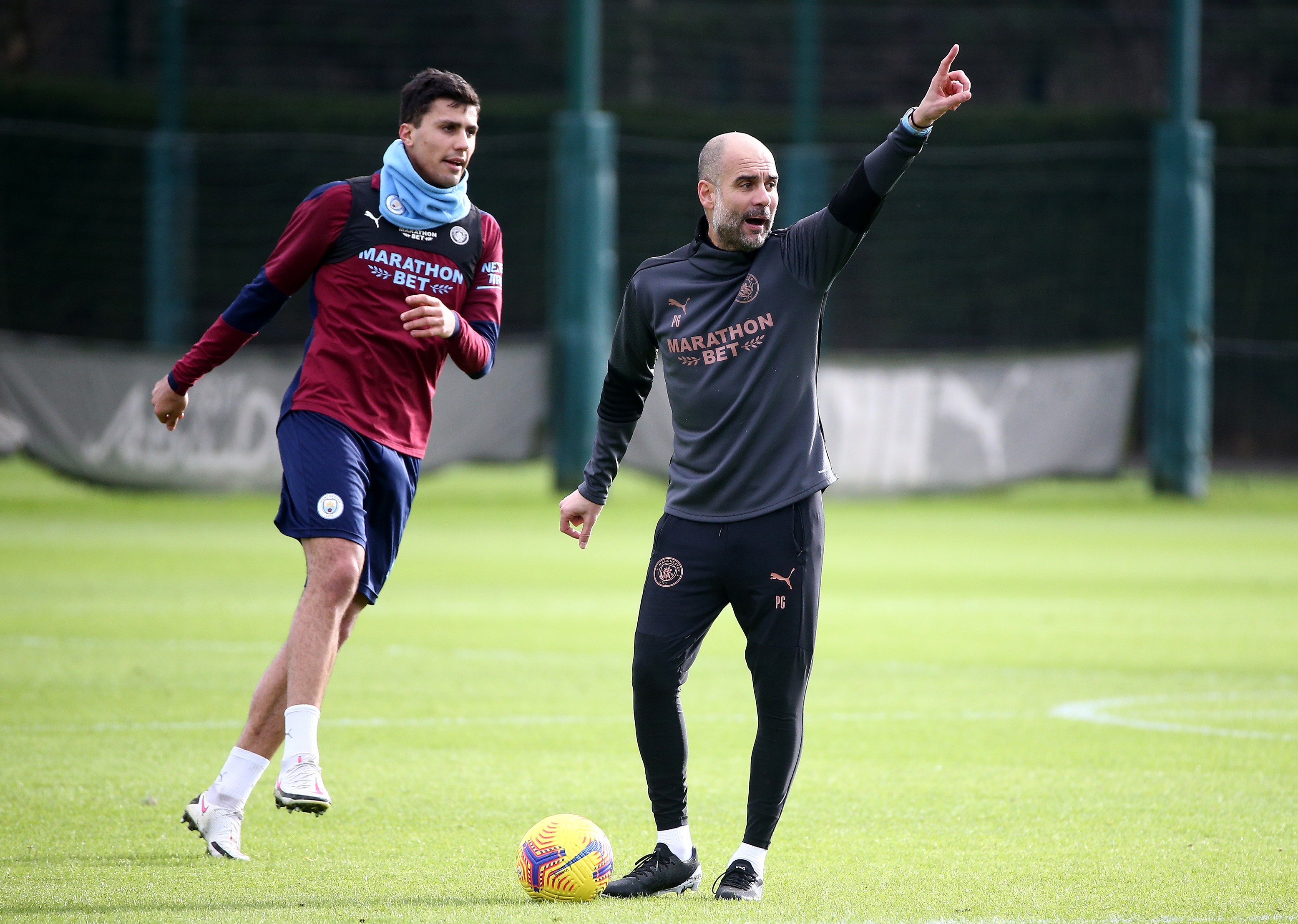 Man City could move five points clear with a game in hand if they beat Liverpool on SundayCredit: Getty Images – Getty

It really does take it out of you when you have got a title to win as well.

The minimum Guardiola was expected to do when he signed up to be City’s boss was add titles to those won by Roberto Mancini and Manuel Pellegrini.

What Abu Dhabi expected was to be put on the map in worldwide with Champions League success.

So far it has been very disappointing not least when they somehow lost to Lyon as they took their eye of the ball and looked ahead to a semi-final clash against Bayern.

So no, this is not over.

United have shown so many times this season that no cause is lost.

But they are better than what they did against Sheffield United, Arsenal and now Everton and that will be the most galling thing of all for Ole Gunnar Solskjaer.