REAL MADRID have made a sensational move for Kylian Mbappe – who has reportedly told Paris Saint-Germain he wants to leave the Parc des Princes.

The France international’s future with the Parisians has been up in the air ever since Lionel Messi’s stunning arrival to the French capital. 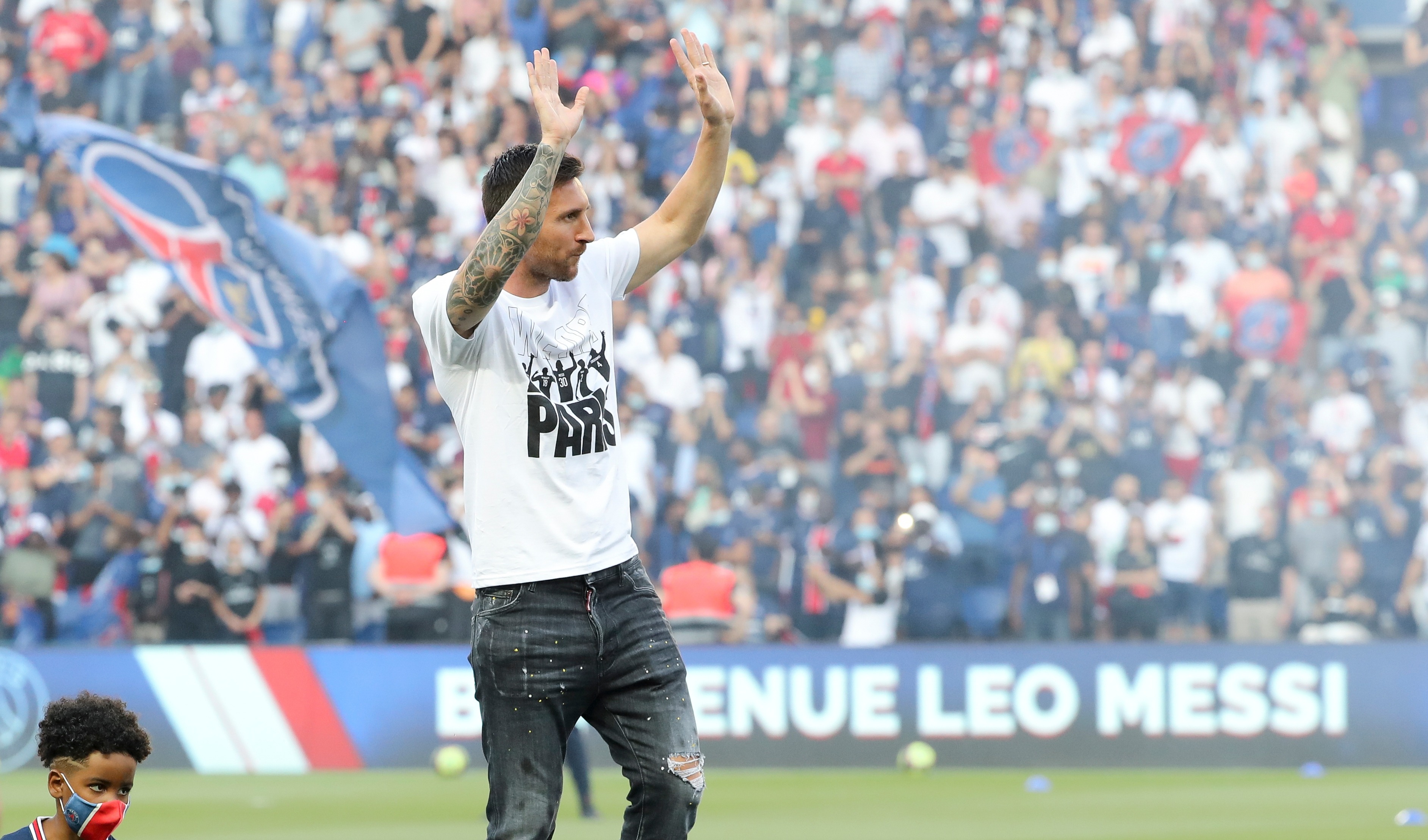 The Frenchman’s future at PSG has been up in the air ever since the arrival of Lionel MessiCredit: Getty

Spanish giants Real – who are long-term admirers of the former Monaco man – were said to be mulling a move for the striker after Messi’s sensational move.

And according to talkSPORT, Los Blancos have made their move.

They claim the La Liga big boys have submitted a whopping £160million bid for the World Cup winner.

Mbappe, 22, recently snubbed PSG’s offer to extend his current deal, which is set to expire next summer.

And he’s said to have informed the PSG brass that he wishes to move on to pastures new.

PSG could be tempted to cash in on their goal machine in order to balance the books following Messi’s arrival.

But the Ligue 1 giant’s president, Nasser Al-Khelaifi, believes Mbappe has no reason not to prolong his stay with the club.

He said: “I think everybody knows the future of Kylian, people from Paris and the players, he’s a competitive player, he wants to win, to win trophies, he’s said it in public.

PSG fans will be hoping Mbappe opts to stay and play alongside Messi, who is relishing the opportunity to line up with the Frenchman and his old Barcelona team-mate Neymar.

The Argentine said: “It’s madness to be able to work with such great players on a daily basis.”

He added: “PSG have made spectacular signings on top of the players that were already here.

“I’m eager to get playing and I’m going to be doing it alongside some of the best players in the world.

“It’s going to be a marvellous experience every day. I hope I can continue to win titles. I have the same hunger as when I was younger.”

Mbappe and his PSG team-mates will be back in action on Sunday, travelling to the Stade Auguste Delaune to take on Reims.