The centre-back was the subject of a vile social media poll and declared his intention to deactivate his account as a result. 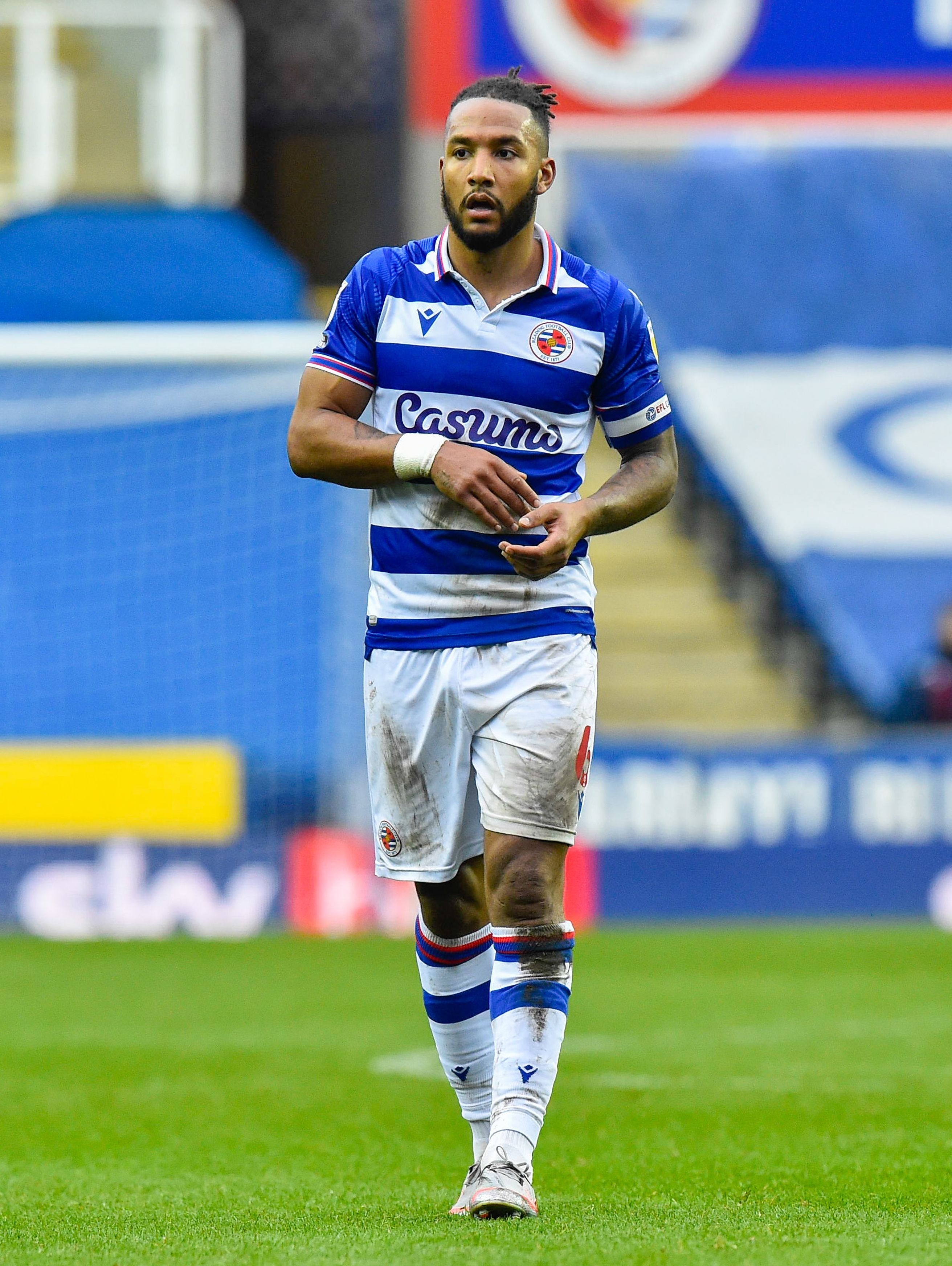 The poll from a now deleted account called Veljko Paunovic talks Reading FC asked: “Should a n***** be captain of Reading FC?”

And in a separate post, the Jamaican international wrote: “I have enjoyed engaging with many of you on here over the years but tonight was just another example of Twitter being toxic.

“You have to stand for something and for that reason I am deactivating my account. Thanks for your support.”

Moore has more than 87,000 followers and hundreds of them commented messages of support.

Johnny wrote: “So sorry Liam this is so wrong enough is enough do something Twitter, no more excuses.” 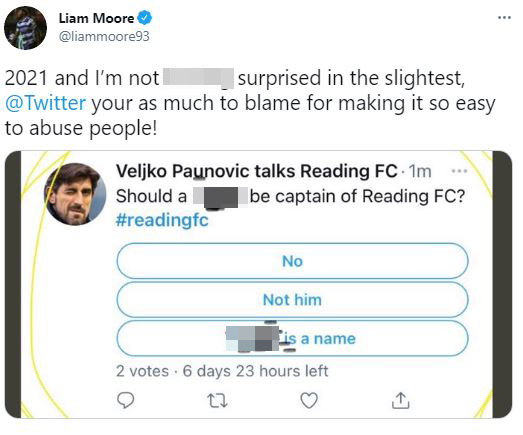 The centre-back was subject to a disgusting pollCredit: Twitter

And the Jamaica international made it clear to his followers enough is enoughCredit: Twitter @liammoore93

Hollie said: “This is absolutely disgusting and completely unacceptable.

“More needs to be done to stop these trolls that hide behind these anonymous accounts.”

And David added: “Liam, I am absolutely disgusted by these tweets. I’m speechless that this is still an issue in 2021.

“I’m 66 years old and would have hoped that there would be more tolerance, but I’m obviously mistaken. Chin up mate from someone who has supported Reading for over 50 years.”