MANCHESTER UNITED beat Newcastle 3-1 to go back into second place in the Premier League.

The Red Devils opened the scoring through the impressive Marcus Rashford who rifled a shot past Karl Darlow at his near post after a solo run. 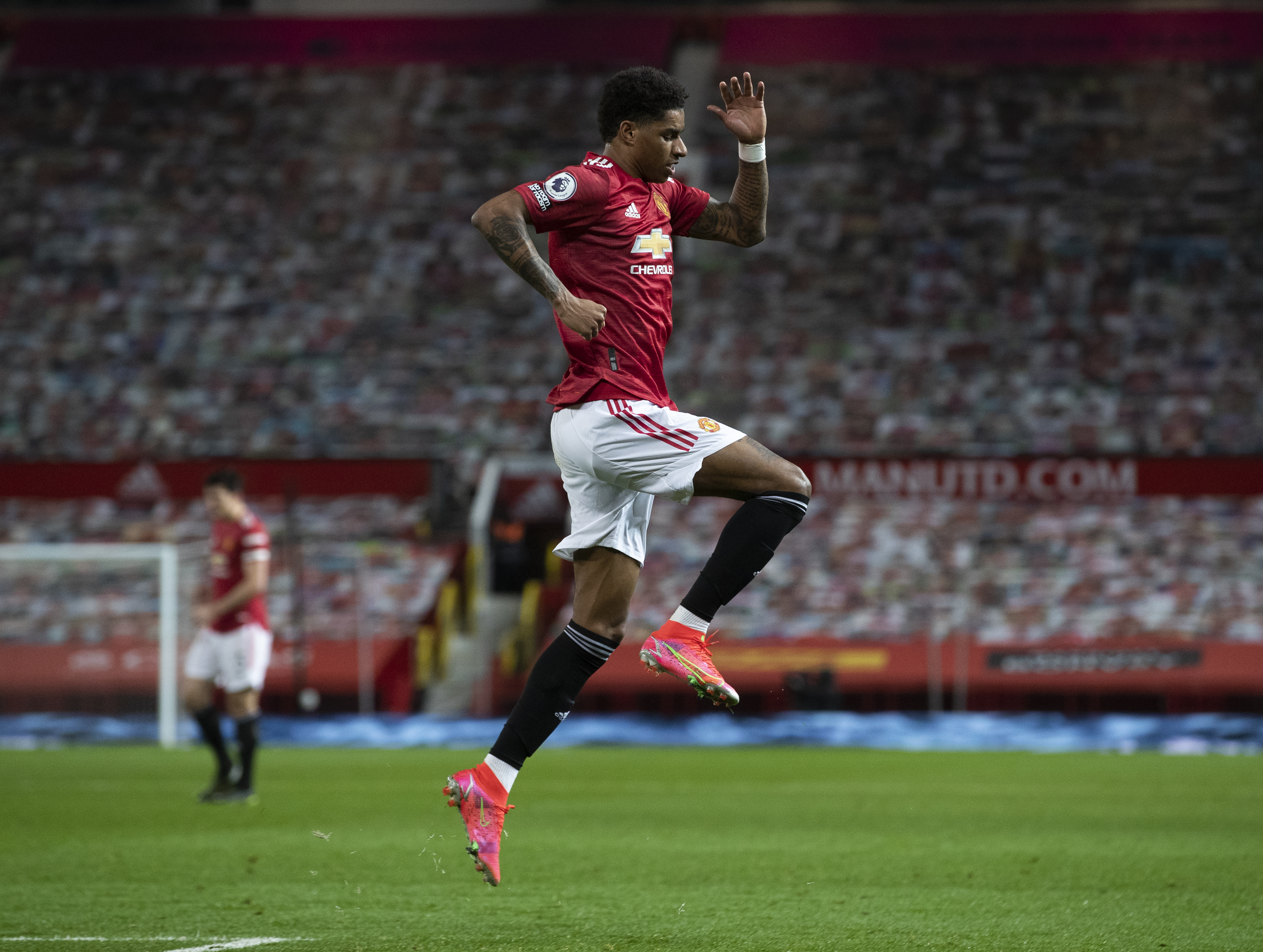 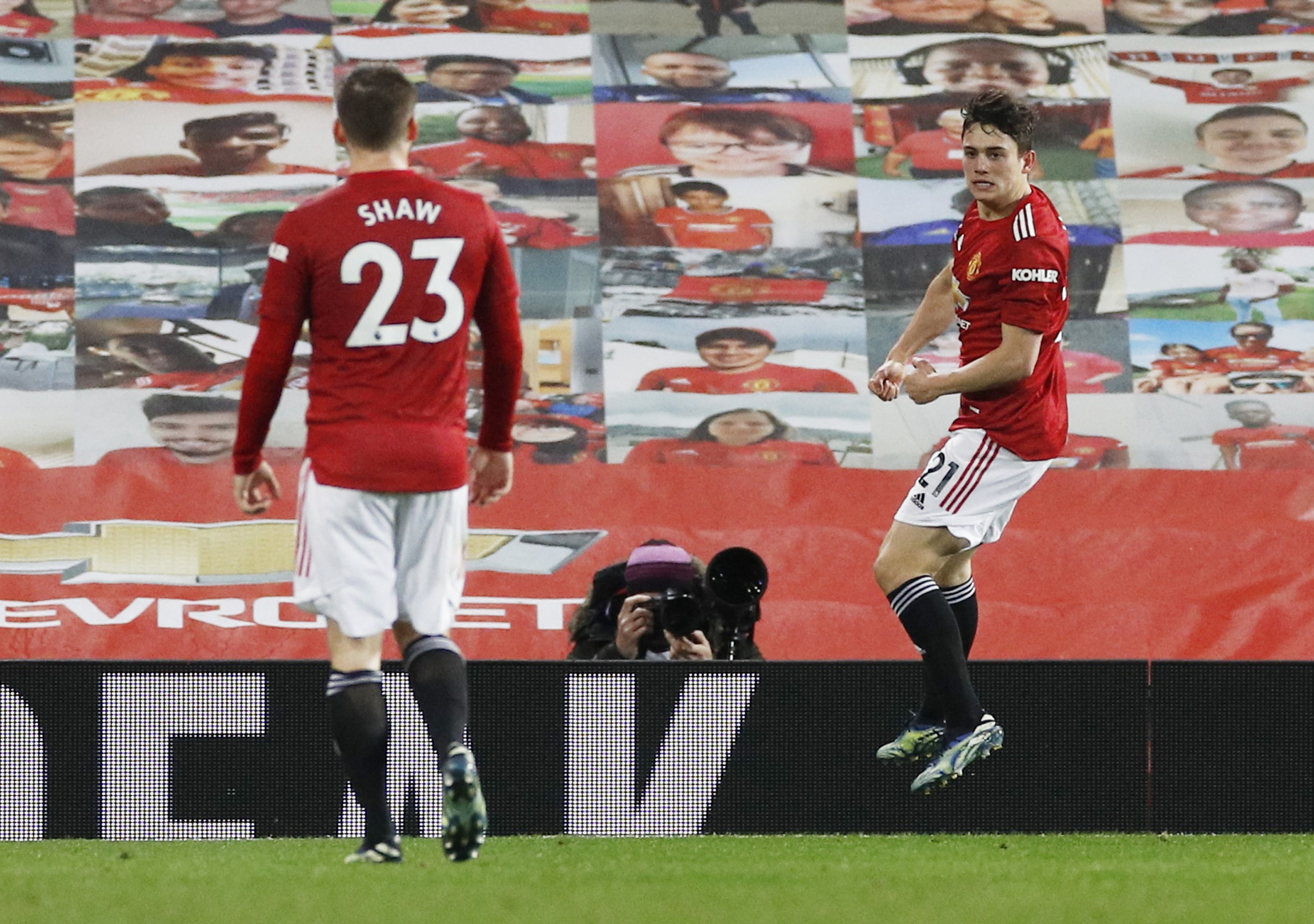 Welsh speedster Dan James scored his second goal in as many gamesCredit: Reuters

Allan Saint-Maximin got Newcastle’s equaliser as his shot squeezed into the corner of David De Gea‘s goal after Harry Maguire failed to clear the danger with his header.

The sides went in level at the break but Welsh speedster Dan James struck United’s second when the ball fell kindly for him after a tiny flick on from Bruno Fernandes.

The Portuguese midfielder secured the three points when he converted form the spot after Arsenal loanee Joe Willock had tripped Rashford.

SunSport’s Josh Graham hands out his ratings for the Red Devils.

A woeful bungled clearance almost allowed Jonjo Shelvey to break the deadlock just ten minutes in and the Spaniard again failed to inspire confidence in his defenders.

Tipped over a Saint-Maximin thunderbolt only to see the Toon star smash past him from the resulting corner with the United No1 not exactly covering himself in glory.

Solid defensively and not afraid to venture forward – even forcing Karl Darlow to make a scrambling stop from a left-footed shot.

Struggled with the pace of Miguel Almiron and the Swede continues to give off the impression of a dead man walking with United continually linked with a swoop for a new centre-back.

Often found himself in the right place at the right time to break down promising Newcastle moves in the first-half.

Drove the ball forward with intent to try and get United going but should have done more to head the ball out of the danger zone for the equaliser. 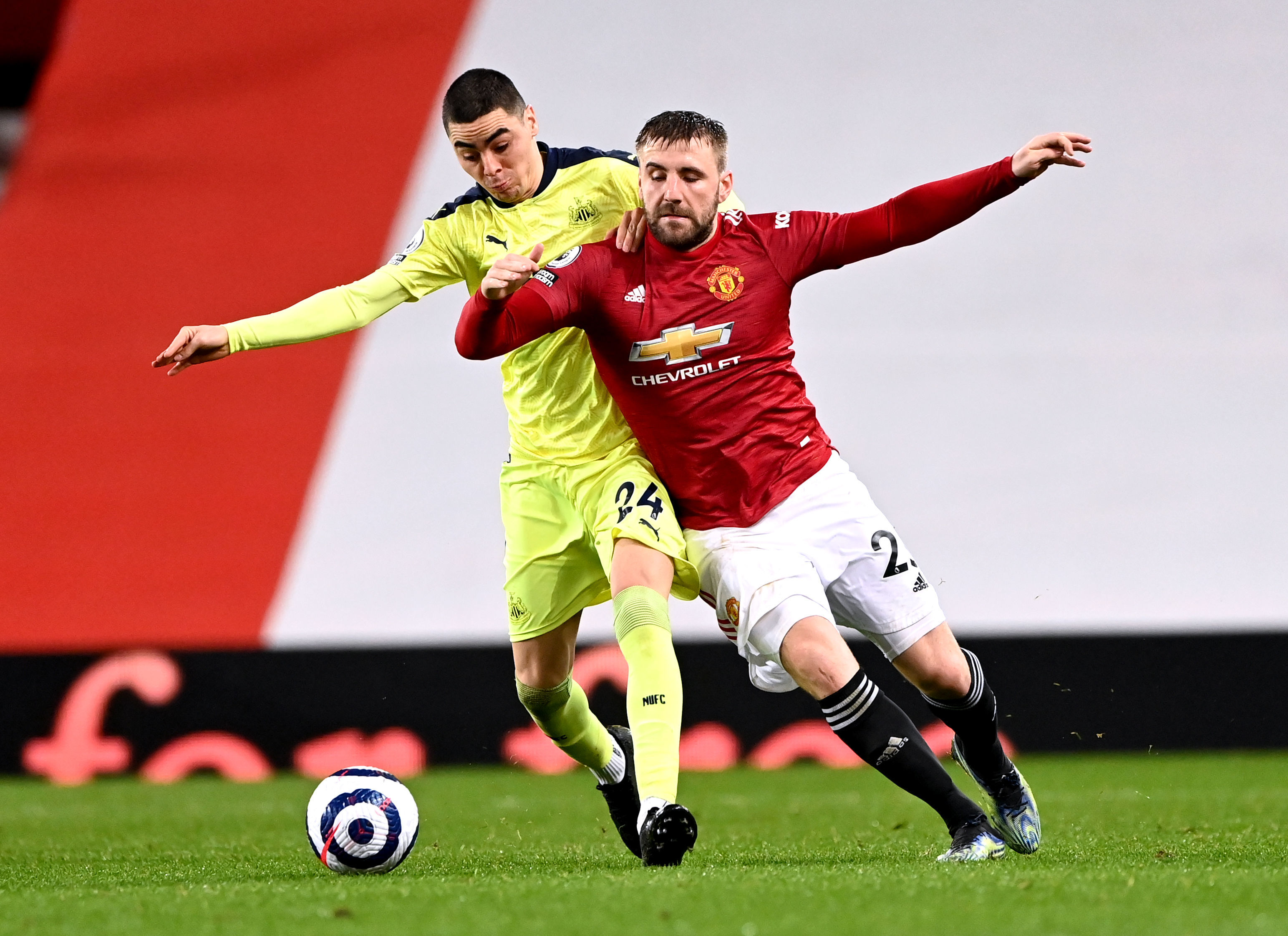 Full of confidence and playing at the top of his game – Shaw was equally assured mopping up at the back as he was charging down the left wing.

A must-have for Gareth Southgate on this form. 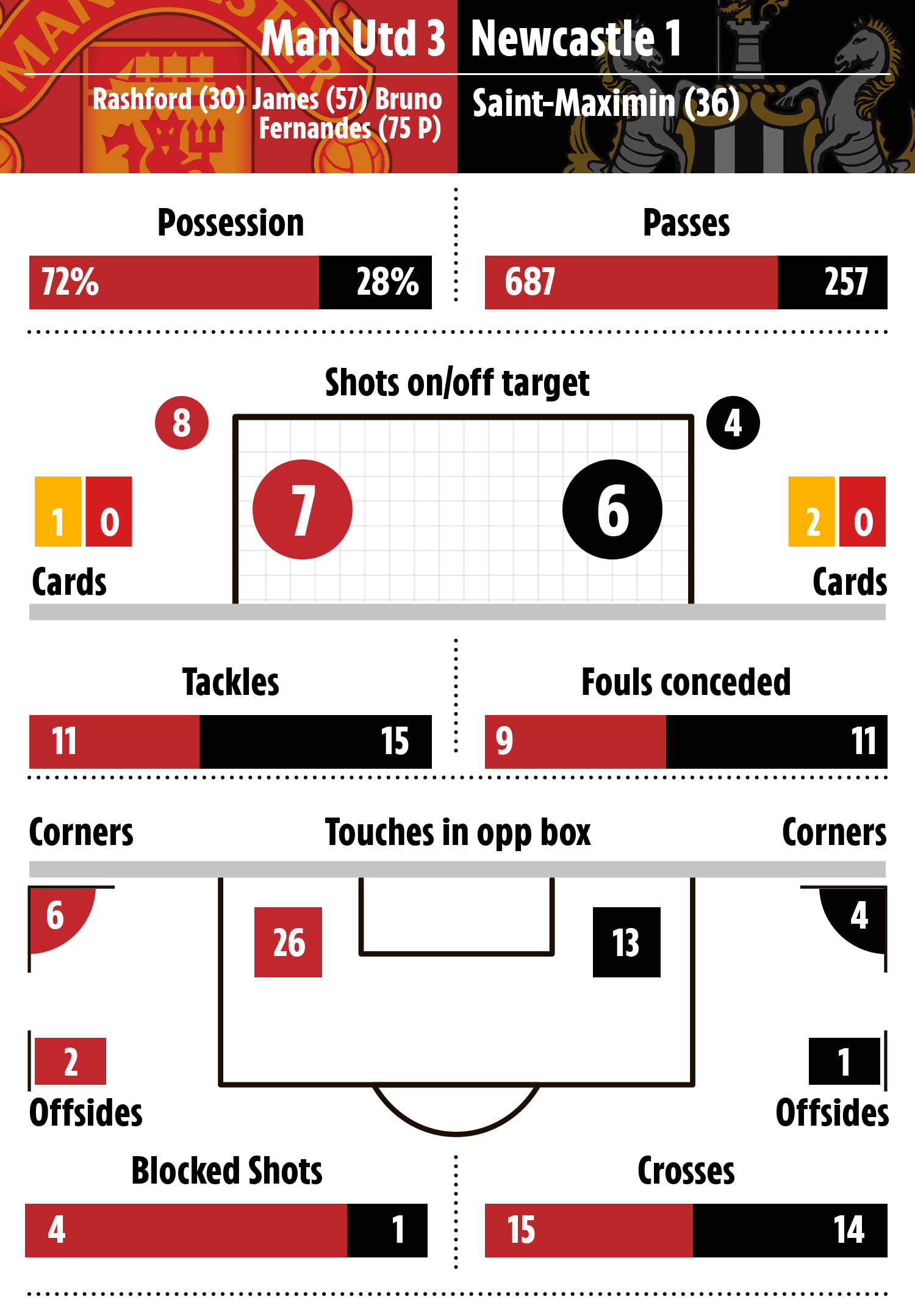 Involved in an early mix-up with Maguire and was awful at keeping the ball.

You know what you are going to get from the experienced Serb in midfield – a no-nonsense display with zero thrills.

Industrious as ever, the speedster visibly worked hard and got his reward when the ball broke for him in the second-half and he rifled home his second goal in as many games.

Although he could still be looking for Allan Saint-Maximin after being made to look silly by the Frenchman in the United box. 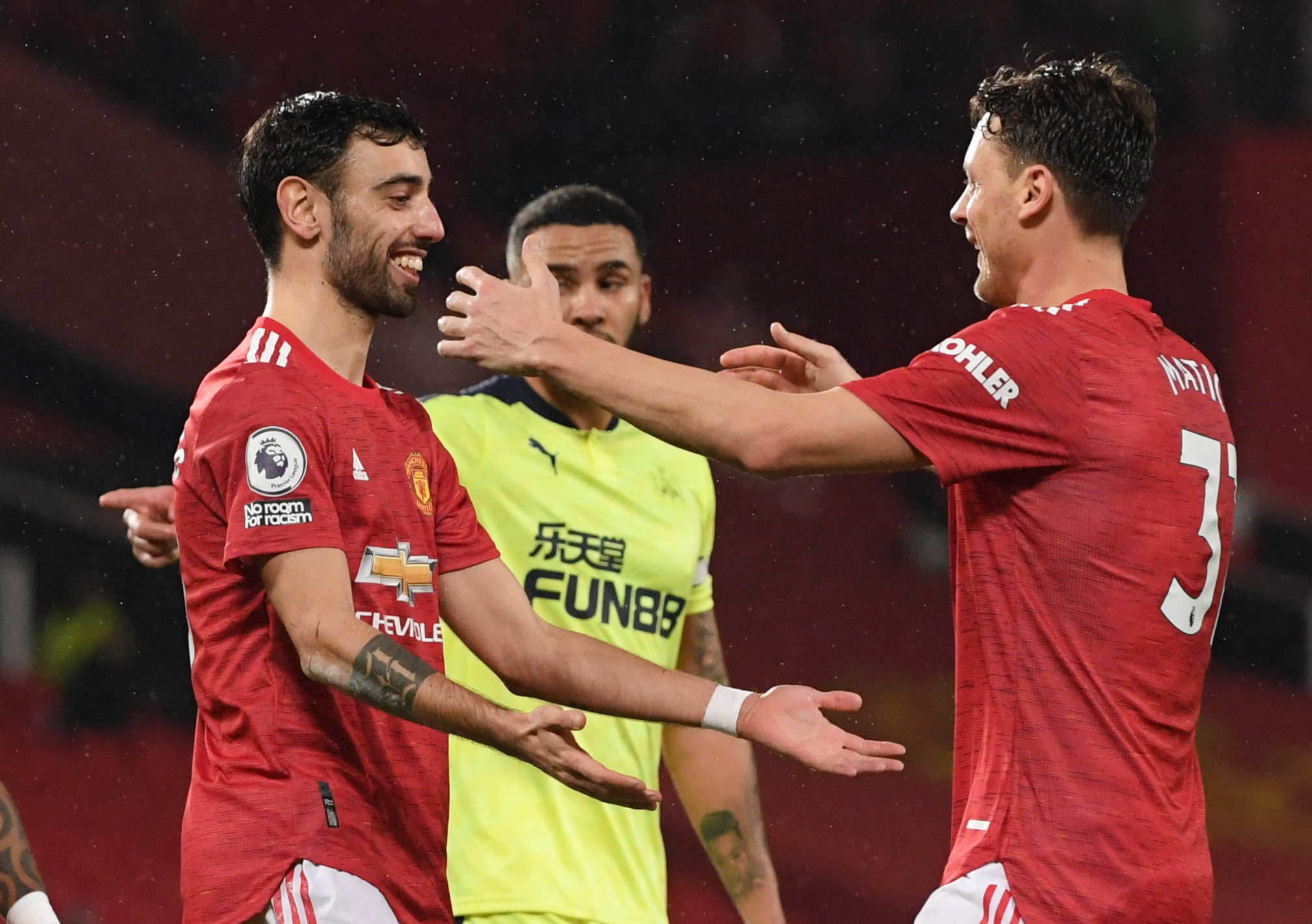 Bruno Fernandes bagged a goal and an assist despite not being at his bestCredit: Reuters

Not his usual influential self and his frustration boiled over when he engaged in a shoving match with Isaac Hayden that got himself booked.

Cheered himself up by getting revenge on Karl Darlow by slotting a penalty after the Toon keeper had saved one earlier this season.

Looked threatening cutting in from the left from the outset and a gorgeous nutmeg allowed him to create the space to fire home the opening goal with aplomb.

Nippy ball skills bought him the penalty with the England hero at the heart of all United’s good work. 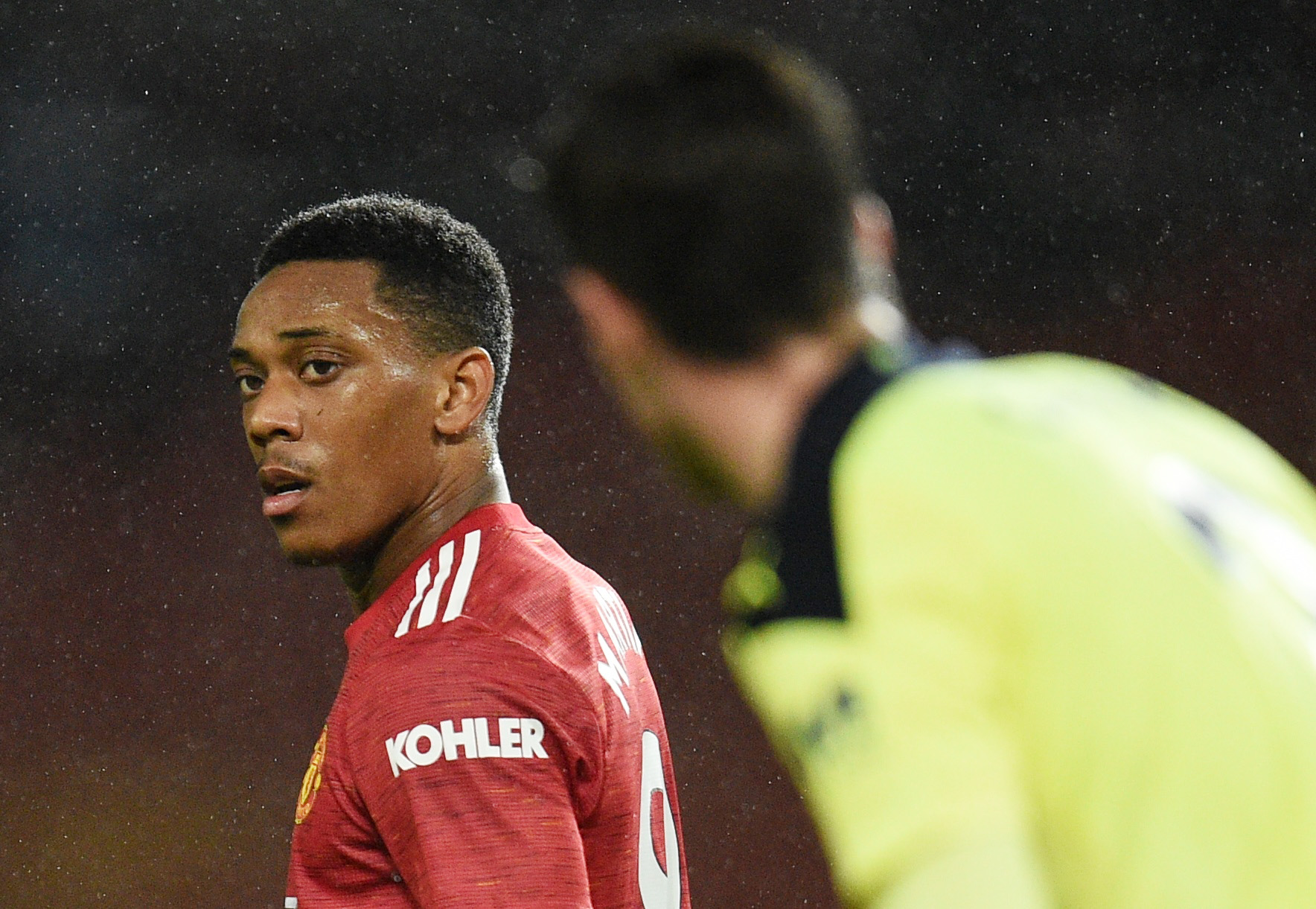 The Frenchman’s hold-up play was shoddy and he looks far from effective playing through the middle.

Lucky to last as long as he did before being rightfully hooked by Ole Gunnar Solskjaer after 70 minutes.

Did far more than Martial – though that wasn’t going to be hard. Great attacking intent from the youngster.

A late debut for the Newcastle-born 17-year-old.

Israel reopens for business after half the nation has Covid jab