STEVE BRUCE has got to be the luckiest manager going.

In the age of empty stadiums, the Newcastle boss has had the easiest ride of them all. 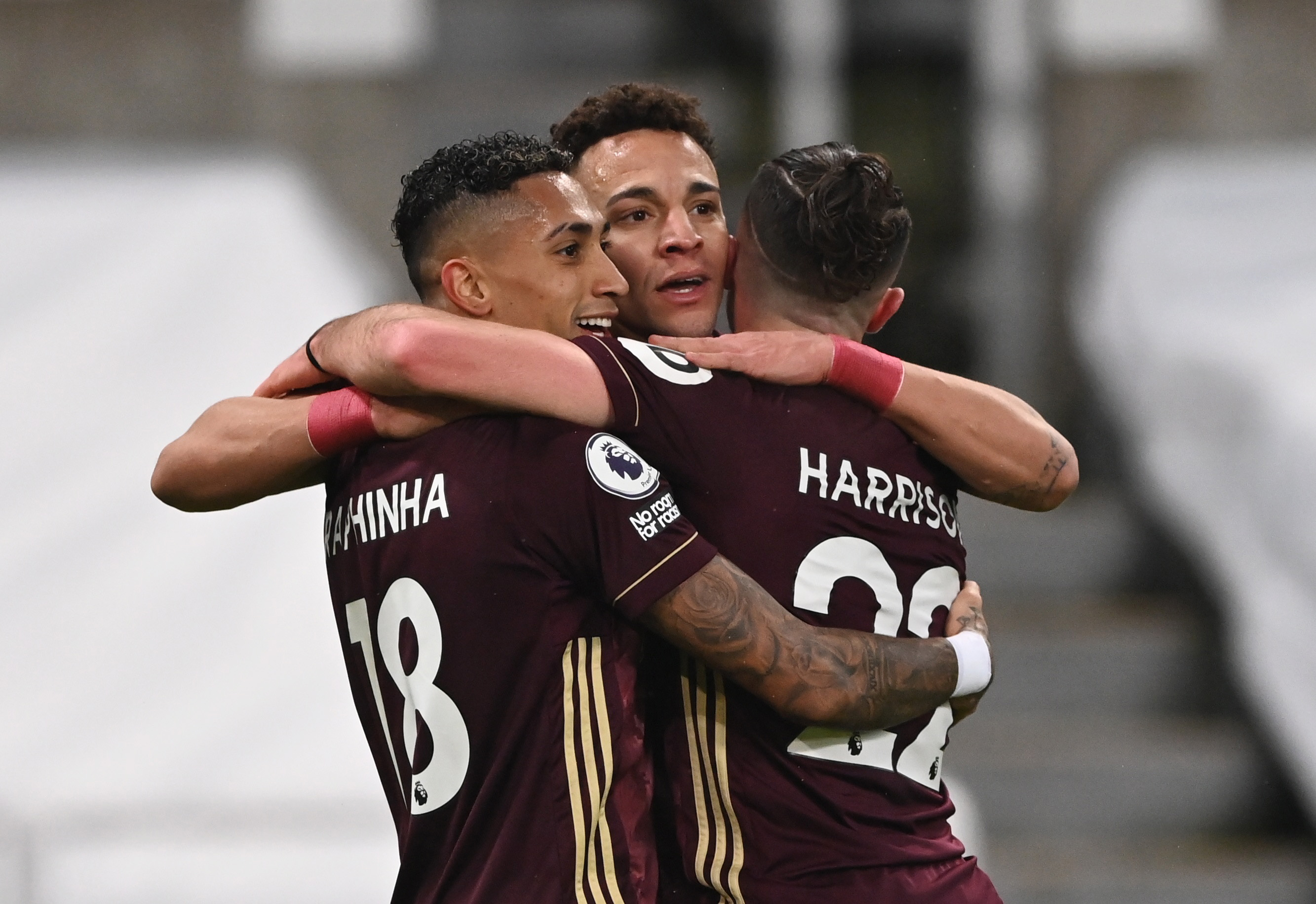 And if the Toon Army were in St James’ Park last night, there may have been more than a cabbage heading his way.

Not because of this performance alone, which was as spirited as anything Bruce’s side has served up for weeks.

If anything, it proved the players are not quite as hopeless as some would have you believe.

But then, four minutes later, Jack Harrison’s stunner made it a familiar story for the Tynesiders, and got Leeds back on track after three consecutive losses.

Newcastle fans, who have long grown fed of ‘Bruce ball’, would have expressed their anger loud and clear.

That is now five straight league defeats and 11 without a win in all competitions.

So, while there were encouraging signs, it does not shake the feeling that the Mags are destined for a desperate scrap for survival. 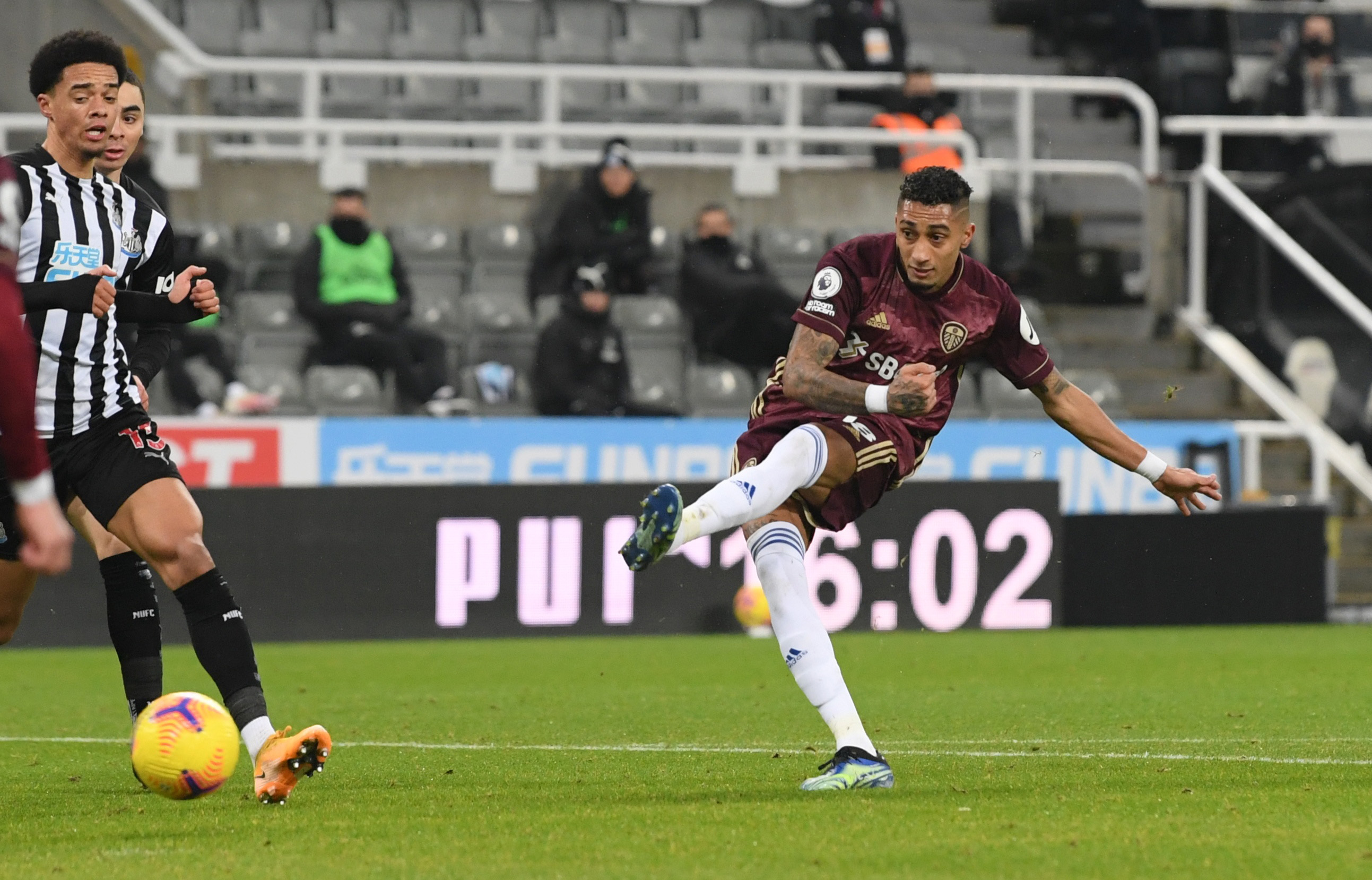 But, in another slice of fortune for Bruce, owner Mike Ashley appears content to sit back and watch the carnage unfold as they slide ever closer to the bottom three.

While predicting Ashley is a fool’s game, there has been no indication – yet – that Bruce’s job is under any real threat.

And after this improved showing, it’s unlikely to come anytime soon.

With all the fury on social media directed at Bruce, the players have largely got off scot free.

Two who have not escaped scathing criticism are Jonjo Shelvey and Jeff Hendrick, with both given another chance in midfield.

Midfielder Isaac Hayden was puzzlingly in at right-back, with Jacob Murphy and Ryan Fraser in for Andy Carroll and Javier Manquillo.

The Spanish centre-back has been plagued by injuries since arriving from Real Sociedad, and disaster struck again eight minutes in. 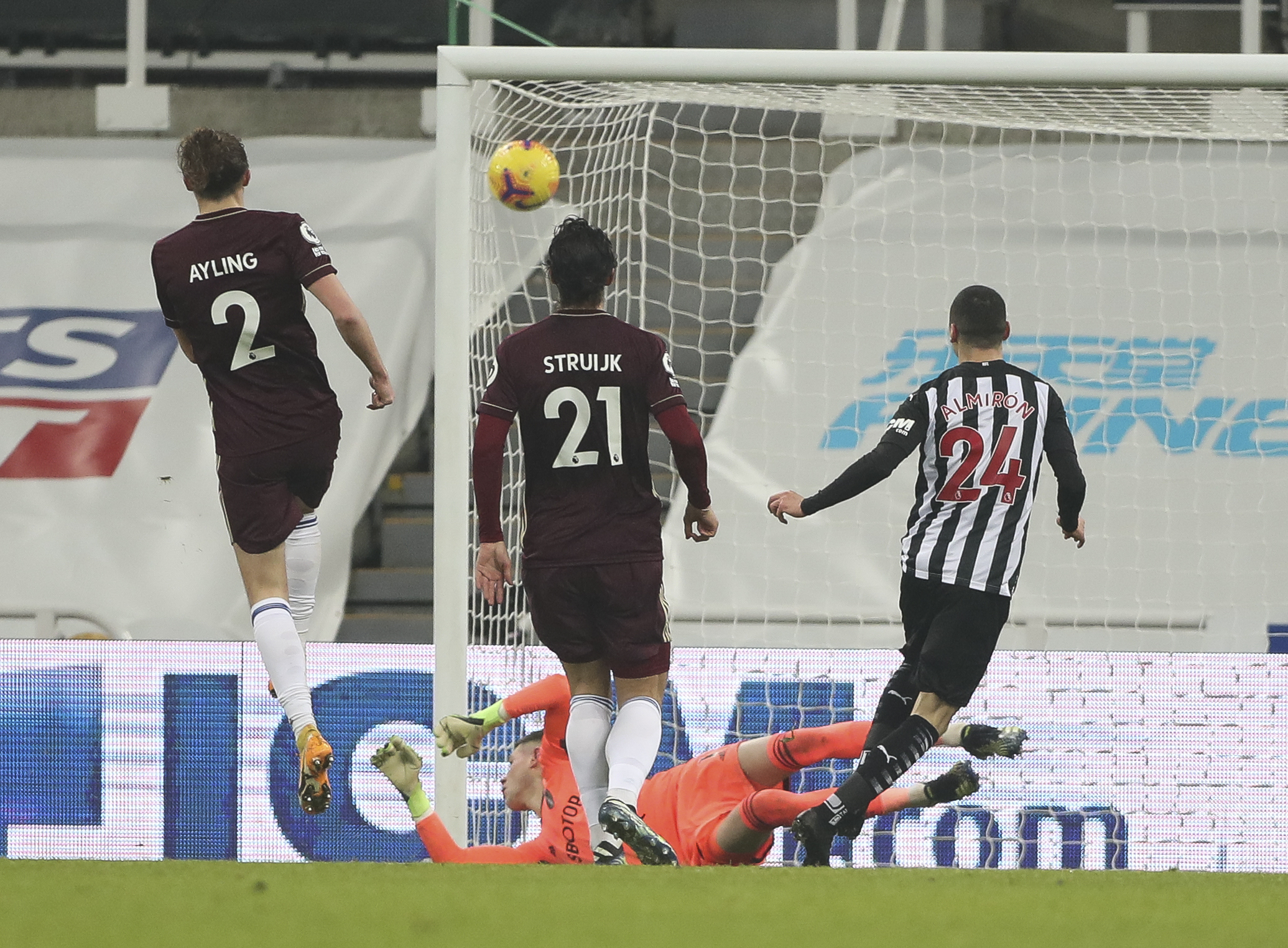 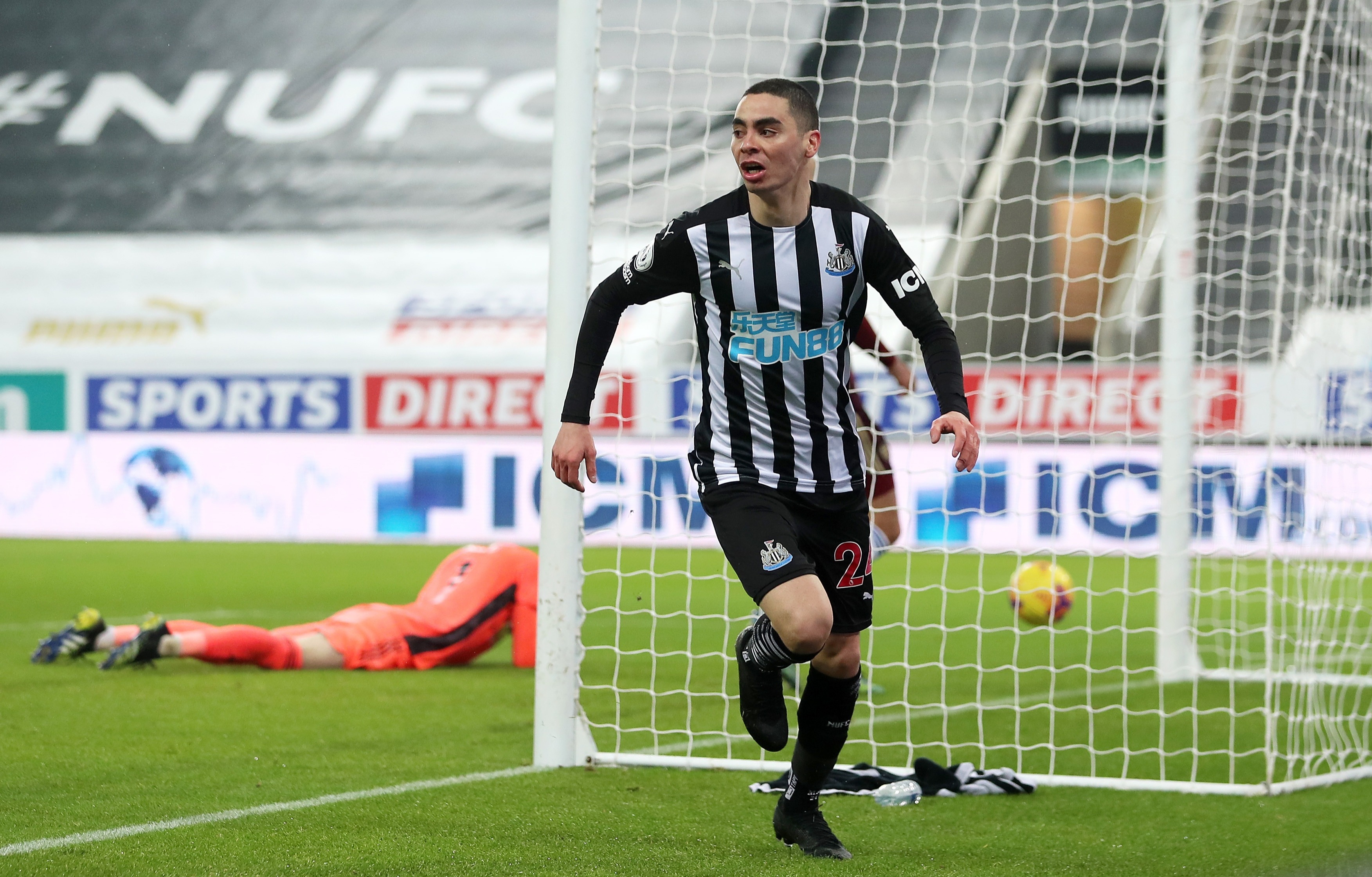 Going down holding his hamstring, Llorente was replaced by Pascal Struijk.

Not that it dampened Leeds, who – to the surprise of not one Toon fan – took the lead on 19 minutes.

Jack Harrison sliced a warning shot horribly wide moments before, but Raphinha made no mistake from the top of the box.

Deadly on the counter, it was a classic Bielsa goal – but, once again, Newcastle shot themselves in the foot.

The dawdling Murphy was caught by Harrison on halfway, leaving them facing a four on two.

Patrick Bamford drove to the edge of the box and played in Rodrigo on the right, who then superbly picked out the unmarked Raphina.

And the Brazilian took one touch before bending his third goal of the season past Karl Darlow.

As the cameras panned to the touchline, a distraught Bruce held his head in hands. 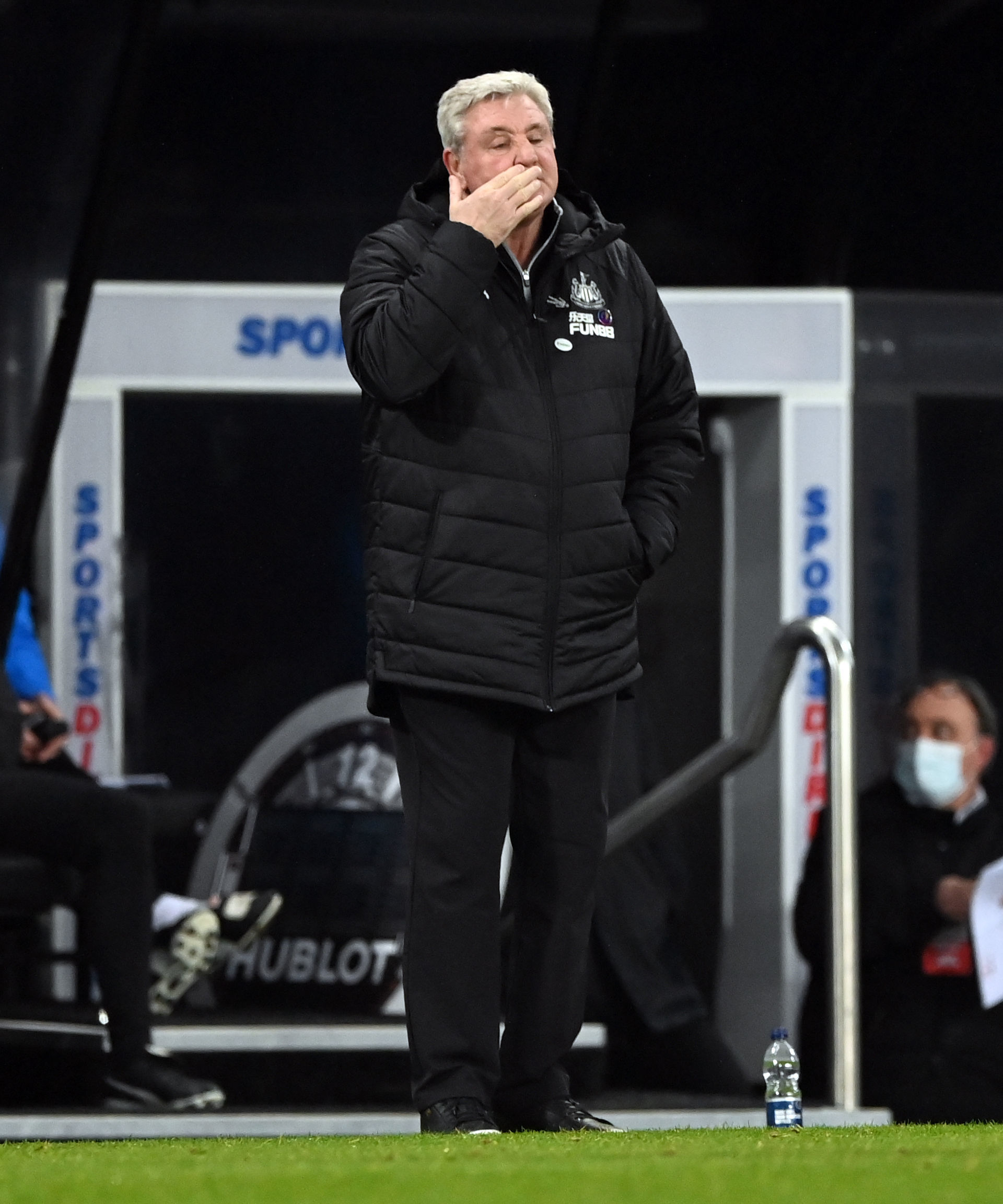 To their credit Newcastle did not roll over like they have in recent weeks and fought back – to a degree.

Jamaal Lascelles headed wide, Murphy nearly got on the edge of Fraser’s cross, and the Scottish winger blazed well over.

The Whites swarmed forward after the break and had it in the back of the net via Stuart Dallas – only for ref Anthony Tayloy to spot a handball.

Miguel Almiron brought up their first shot on target 53 minutes and, five minutes later, had the Toon level.

A heavy challenge from skipper Jamaal Lascelles fell into the path of Shelvey, who played quickly to Wilson on the edge of the box.

The Magpies’ number nine popped it first time right into Almiron’s path, with the Paraguayan squeezing a shot through Illan Meslier.

But if Bruce thought it would lead to greater things, he was sorely mistaken – with Leeds back ahead on 65 minutes.

Raphinha turned creator, cutting in off the right and before dinking a cute ball to Harrison. 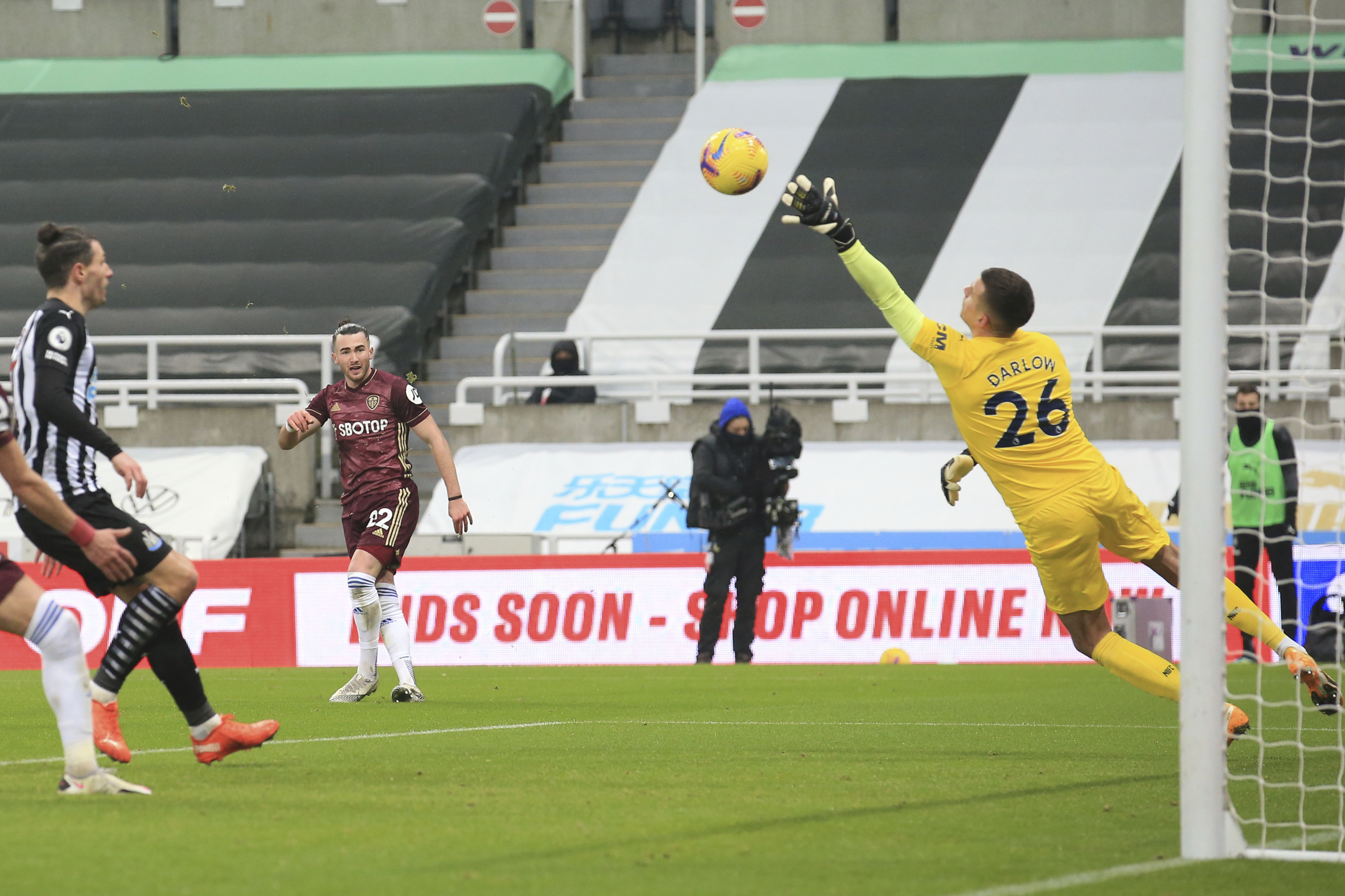 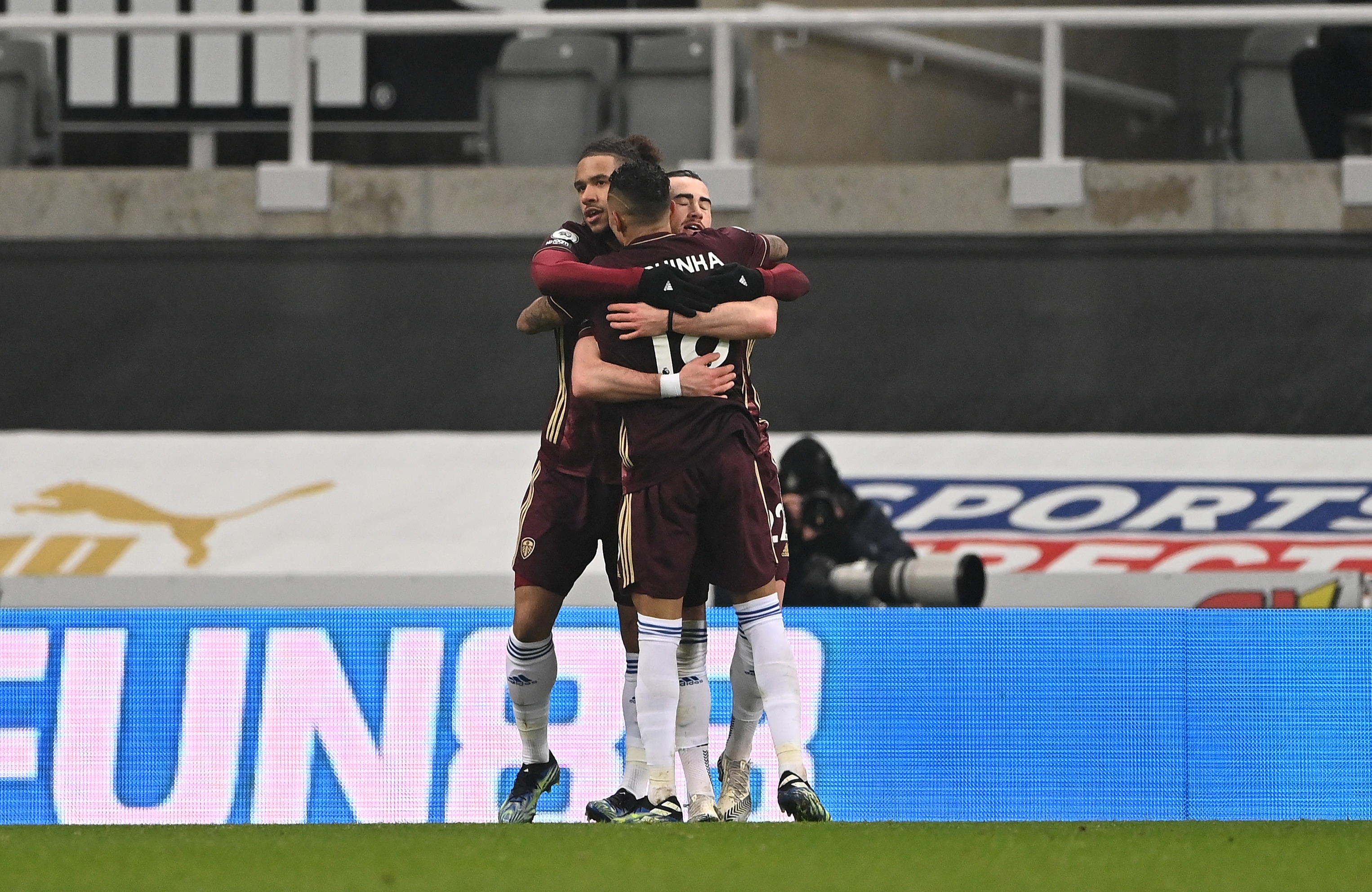 Completely free, the winger took one touch before leathering the bouncing ball exquisitely back across Darlow with the outside of his boot.

It was end-to-end stuff now, with Jamal Lewis inexplicably lashing over for the hosts with the goal gaping.

Shelvey was next, forcing a smart save from Meslier with a powerful header before Fabian Schar only denied by the outstretched Frenchman.

In isolation, there was little to boo about last night.

At least they gave it a go – mustering an unheard of 22 shots – scored a goal and played like they cared.

But those are all things that have been so lacking under the Geordie in recent times.

And while the players’ efforts may well have been applauded, there is no escaping that Bruce’s time is up in the eyes of the Toon Army.