ALFREDO MORELOS joined some Rangers fans for a party after their win against St Mirren.

The Gers frontman wasted no time in greeting supporters outside Ibrox post-match, and struck a pose holding up ten fingers. 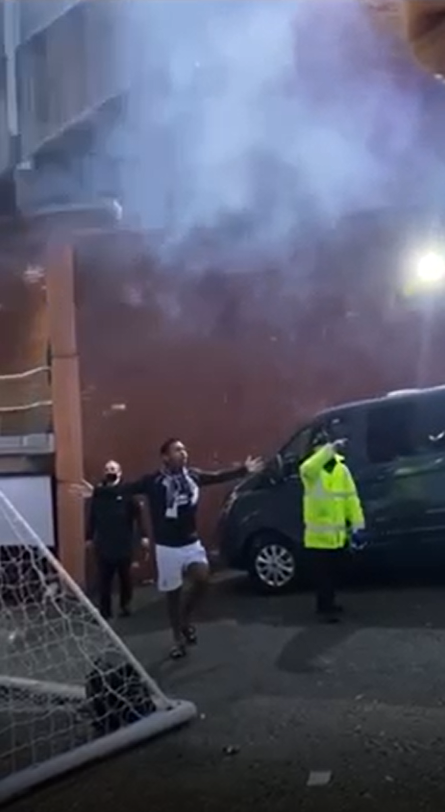 And later the Rangers fans were joined by Connor Goldson, Glen Kamara, Joe Aribo, Leon Balogun and Calvin Bassey for another round of chanting.

Video footage shows the Columbian in his flip-flops joining in with the chants of the Rangers faithful, some of whom had been outside Ibrox for hours, in spite of lockdown rules.

As fireworks, flares and smoke bombs were being let off around him the striker cheered and celebrated, still wearing his Rangers jersey.

Despite the police presence the celebrations continued as Goldson, Aribo, Kamara, Balogun and Bassey emerged and began dancing and filming the ecstatic fans. 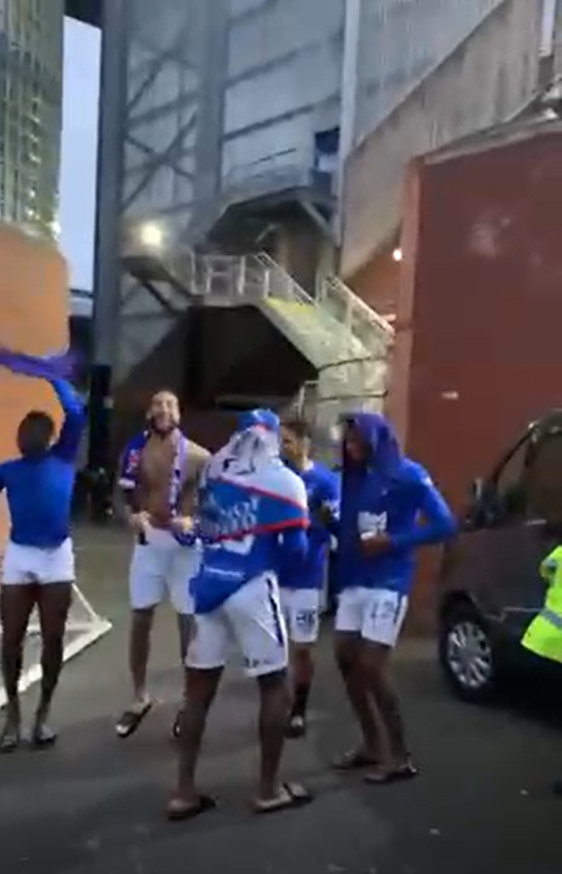 Morelos had earlier scored the second goal in Rangers’ 3-0 win against the Buddies.

And he used his celebration to have a cheeky dig at Celtic, striking the same ten-finger pose as he did when greeting the Gers fans after the match.

That win moved Rangers ever closer to the league title, and their fans knew it.

Supporters congregated in Govan in the morning, lining the streets and preparing to welcome the team as they drove into the stadium.

He blasted fans for giving police no option but to have to engage with “unvaccinated” crowds and putting police and the public at risk.

Mr Hamilton said:  “It’s really disappointing. They are putting the public and officers at risk.

“We do not have an option over whether we attend these types of incidents. Most of those attending will have been unvaccinated.”

“The scenes from outside Ibrox were concerning and beggar belief.

“Cheering on your team is not more important that then safety of officers and the wider public.”

Celtic need to beat Dundee United tomorrow or else Rangers will be declared the league winners.

If the Hoops do pick up three points at Tannadice they face the prospect of having to beat their rivals in the Old Firm derby to avoid seeing them crowned champions on their own turf.