RAGING Tottenham fans have protested outside their stadium with banners calling for Daniel Levy to leave the club.

On the eve of Spurs’ match with Southampton, all six English clubs who had signed to play in the European Super League confirmed they were no longer following through with the rebel plans. 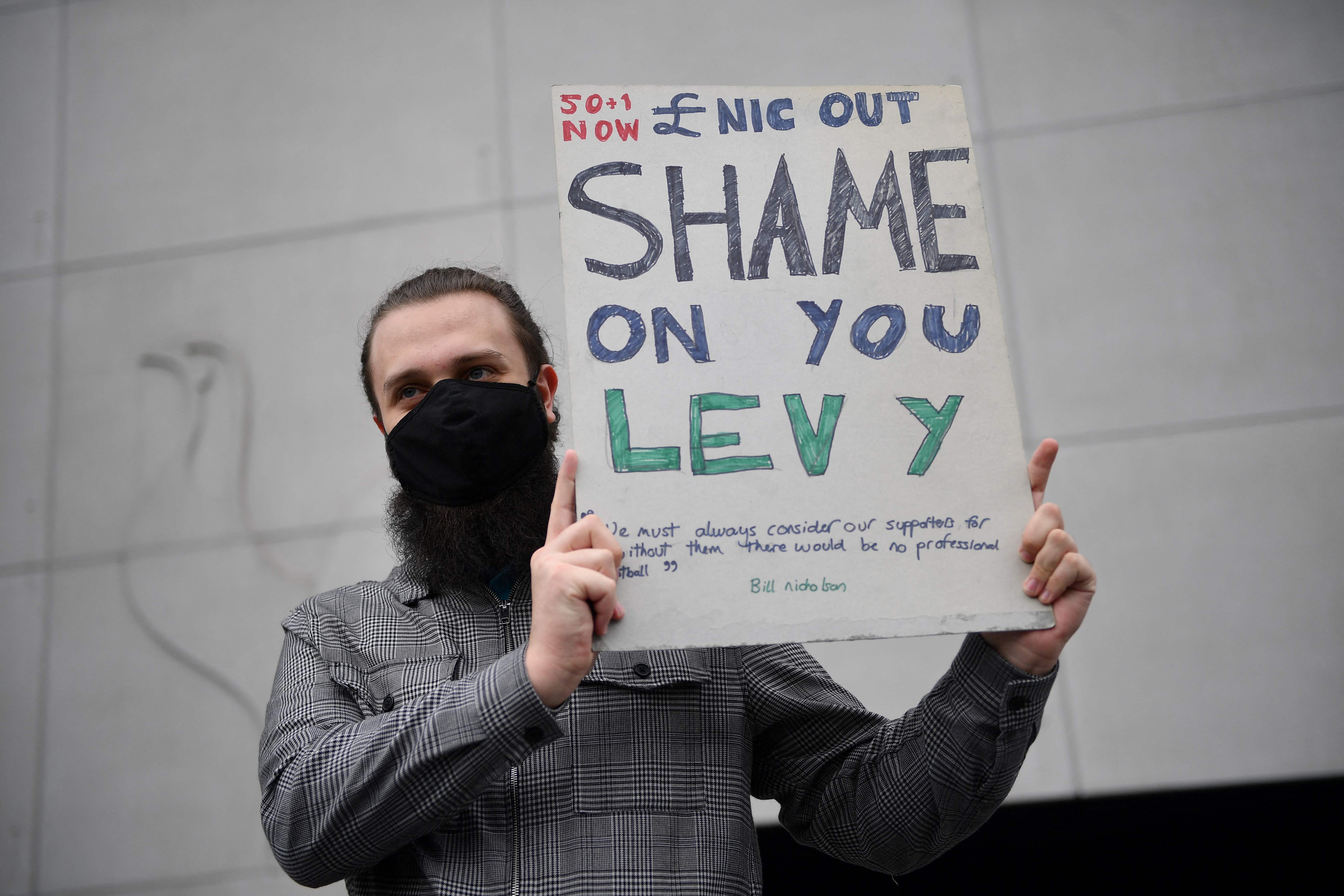 Tottenham fans have protested outside of their stadiumCredit: AFP 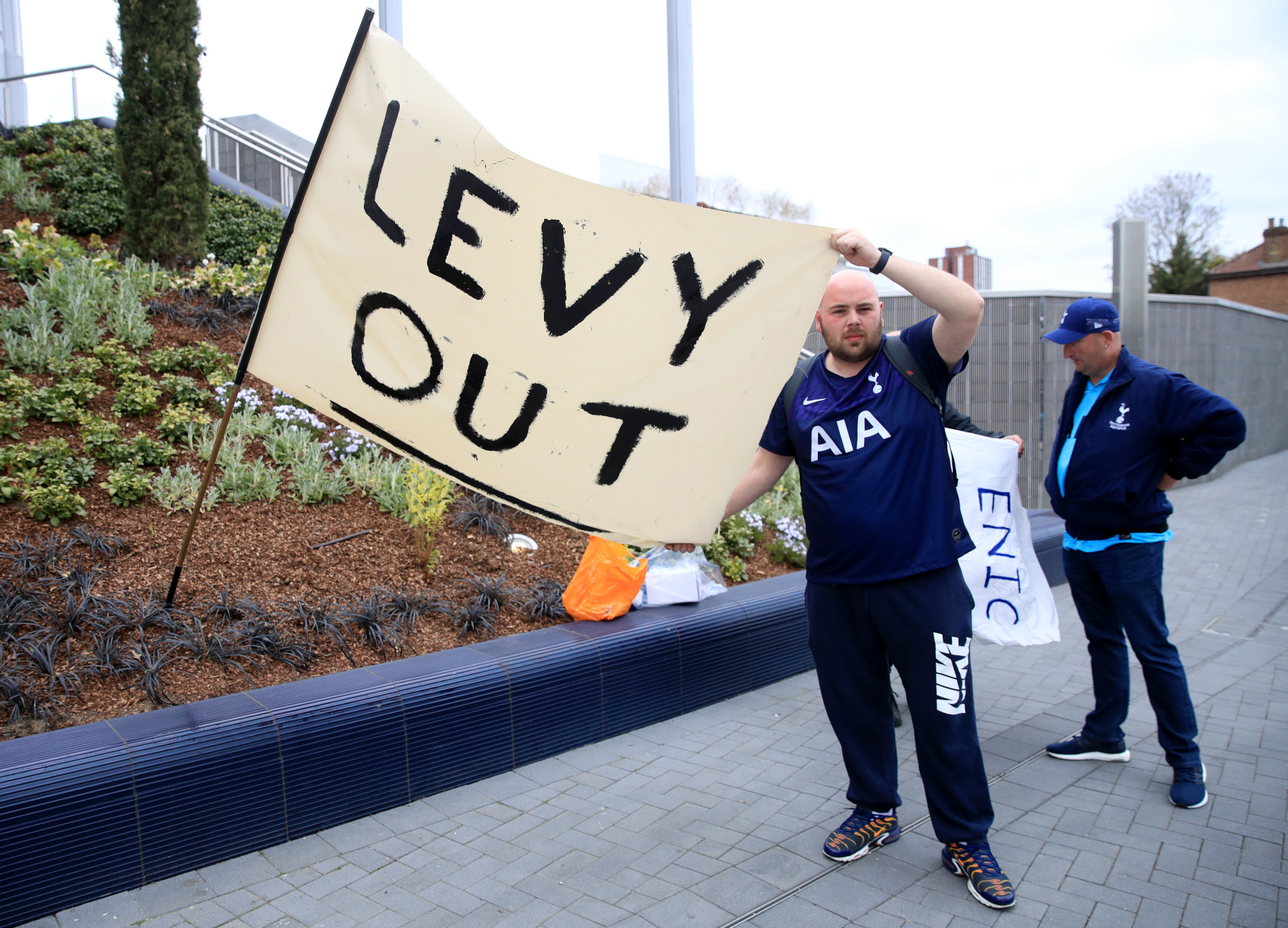 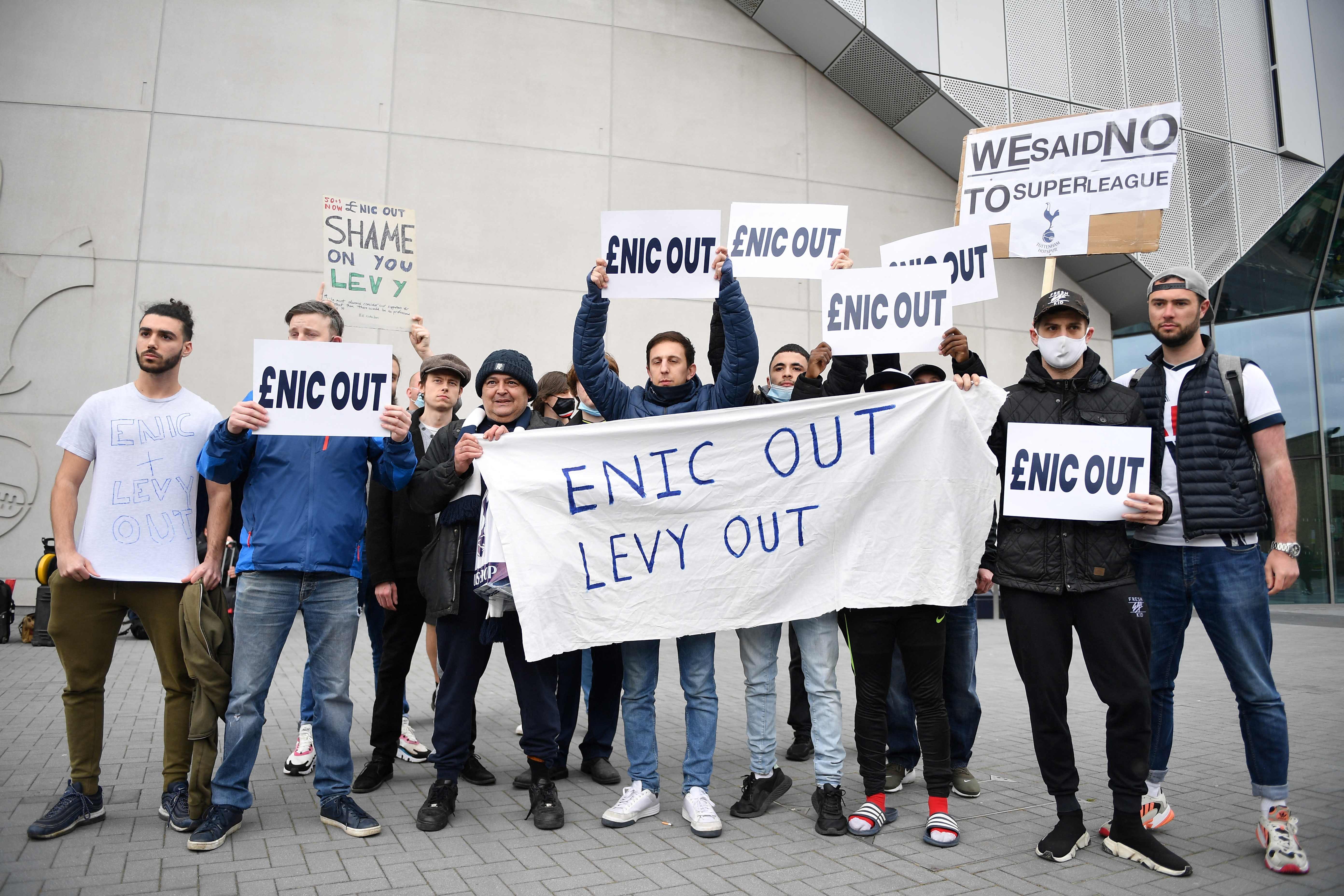 Fans have also called for Spurs’ owners to exit the clubCredit: AFP

But still, Spurs chairman Levy has faced backlash from fans who called for him to exit the club.

Arsenal fans, including Gunners legend Ian Wright, reacted in a similar way as they protested for owner Stan Kroenke to move on.

It followed dramatic scenes outside Stamford Bridge yesterday as mass crowds vented their anger at the idea of a breakaway ESL.

Team buses were blocked from arriving at the ground and Blues legend Petr Cech had to personally plead with fans to allow players to enter the area.

Shortly after, news broke Chelsea had given the green light to start the process of cutting ties with the ESL.

City followed soon after, with the other four following suit, and Levy addressed his team’s angry supporters in a statement.

It read: “We regret the anxiety and upset caused by the ESL proposal.

“We felt it was important that our club participated in the development of a possible new structure that sought to better ensure financial fair play and financial sustainability whilst delivering significantly increased support for the wider football pyramid.

“We believe that we should never stand still and that the sport should constantly review competitions and governance to ensure the game we all love continues to evolve and excite fans around the world.

“We should like to thank all those supporters who presented their considered opinions.”

In the midst of the ESL protests, Tottenham sacked manager Jose Mourinho after 17 months in charge.

Former player Ryan Mason was promoted from under-23 coach to interim manager alongside Chris Powell on the week of their League Cup final with City.