The 36-year-old was spotted earlier in the week with team-mate and Portuguese compatriot Diogo Dalot working out together. 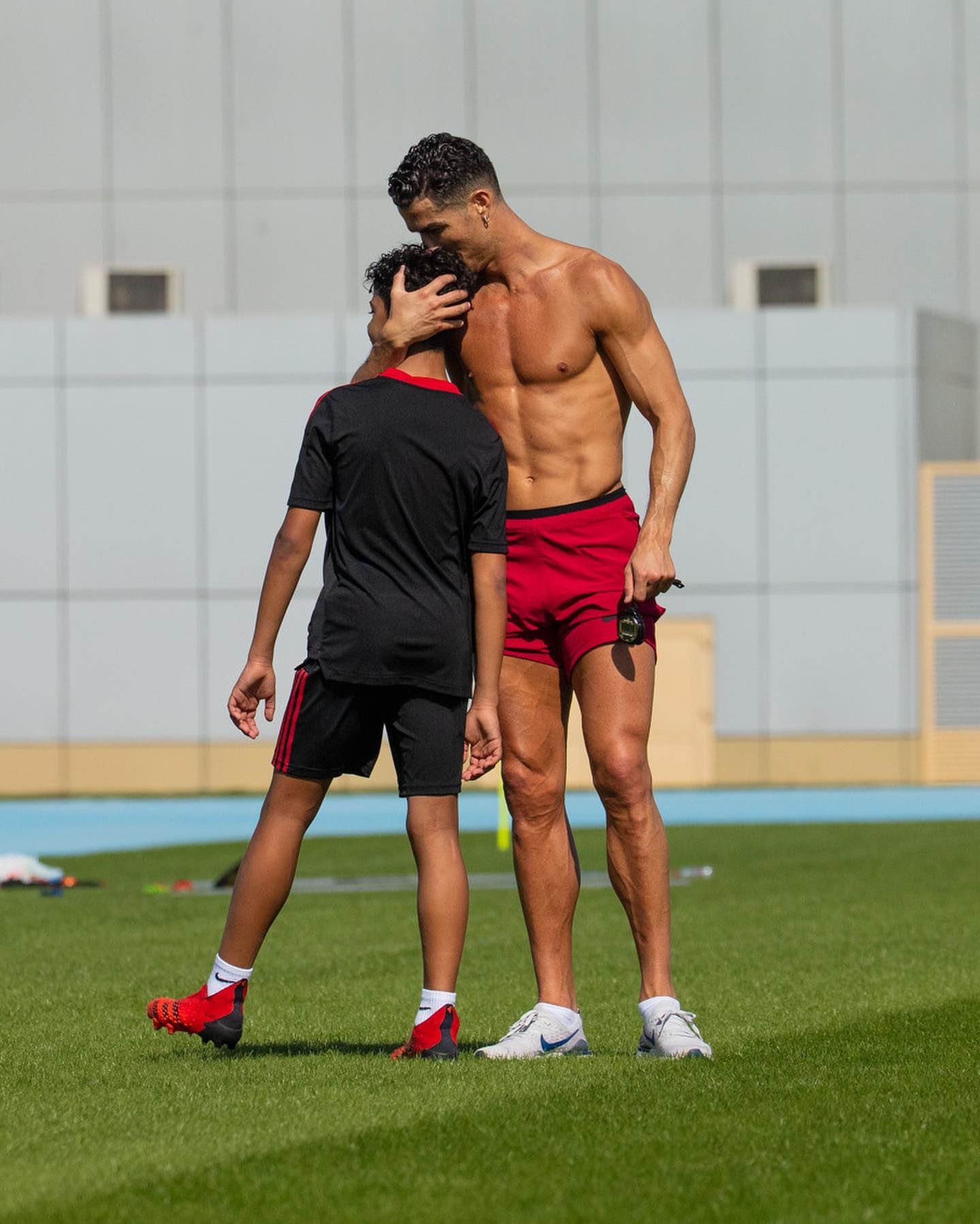 And the five-time Ballon d’Or is maintaining hit fitness in the Middle East at the Nad Al Sheba Sports Complex – a well known spot for warm weather training.

Ronaldo posted two snaps of him playing football with Cristiano Jr wearing nothing but shorts and trainers.

Ronaldo has been enjoying his break in the United Arab Emirates with his family, including pregnant partner Georgina Rodriguez.

The former Real Madrid and Juventus ace recently revealed how he is yet to give Cristiano Jr a mobile phone so he doesn’t get ‘obsessed with technology’.

Asked at the Al Wasl Plaza in Dubai whether technology had helped him become a football star, Ronaldo remarked: “Definitely it helps a lot.

“It helped me and the people here, all the world, and I think we have to take advantage of that but we shouldn’t be obsessed with it.

“For example, I can give you a small impression.

“I know as well that this young generation are one step ahead of their age so I agree that we have to take advantage of that but not to be obsessed about technology.

“Give them but with a period of time, not give them all the time. I think that’s the main point here.”