THE Premier League is BACK this weekend – but there’s only one game for footie fans to feast on.

Burnley entertain Watford in the very definition of a six-pointer with the hosts bottom of the league and the Hornets one place above.

Perhaps surprisingly, there is only one player from these teams who feature in ‘the Premier League’s worst XI’ of the season so far.

GiveMeSport worked out the worst player in each position, going with a 4-5-1 formation, using average ratings from WhoScored.

Leeds, Norwich, Newcastle and Brentford all have two players making the team.

And Chelsea’s beleaguered forward leads the line – but NOT Romelu Lukaku.

Here, SunSport checks out the team none of the players want to be in…

Seems to have been around ages, the Dutch stopper is always likely to be busy in the Canaries’ goal.

If you’re not a Brentford fan, there’s a good chance you’ve never heard of Roerslev.

The 22-year-old defender has been with the Bees since 2019, but only really got his chance recently due to injuries and suspensions.

This looks like it could be Clark’s final season at St James’ Park.

The 32-year-old centre-back only started one game since November, when he was sent off after just nine minutes against Norwich. 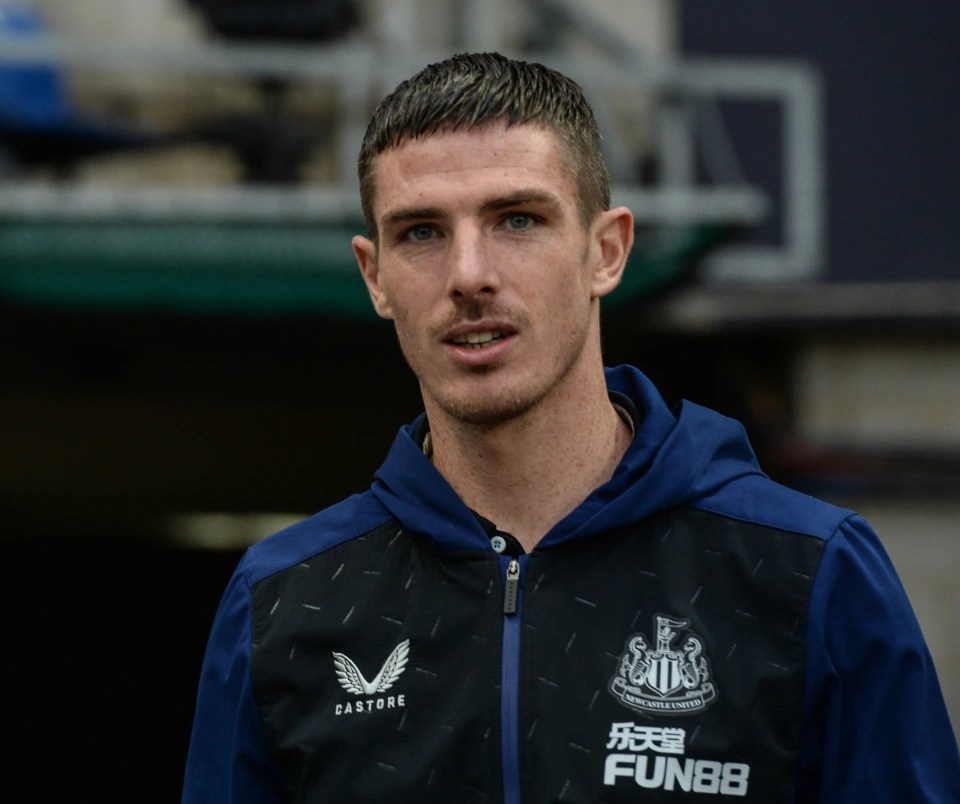 He can’t be THAT bad as he captained Nigeria at the Africa Cup of Nations.

But Watford have been a shambles at the back, which new boss Roy Hodgson will need to work a miracle.

Saints splashed out £10m for Perraud, who was supposed to be the fleet-footed attacking left-back the club needed.

Sadly, he has failed to show any of that.

Playing regularly in the middle of Leeds’ midfield with Kalvin Phillips out injured.

His own comeback from a career-threatening injury is impressive – but his performances less so. 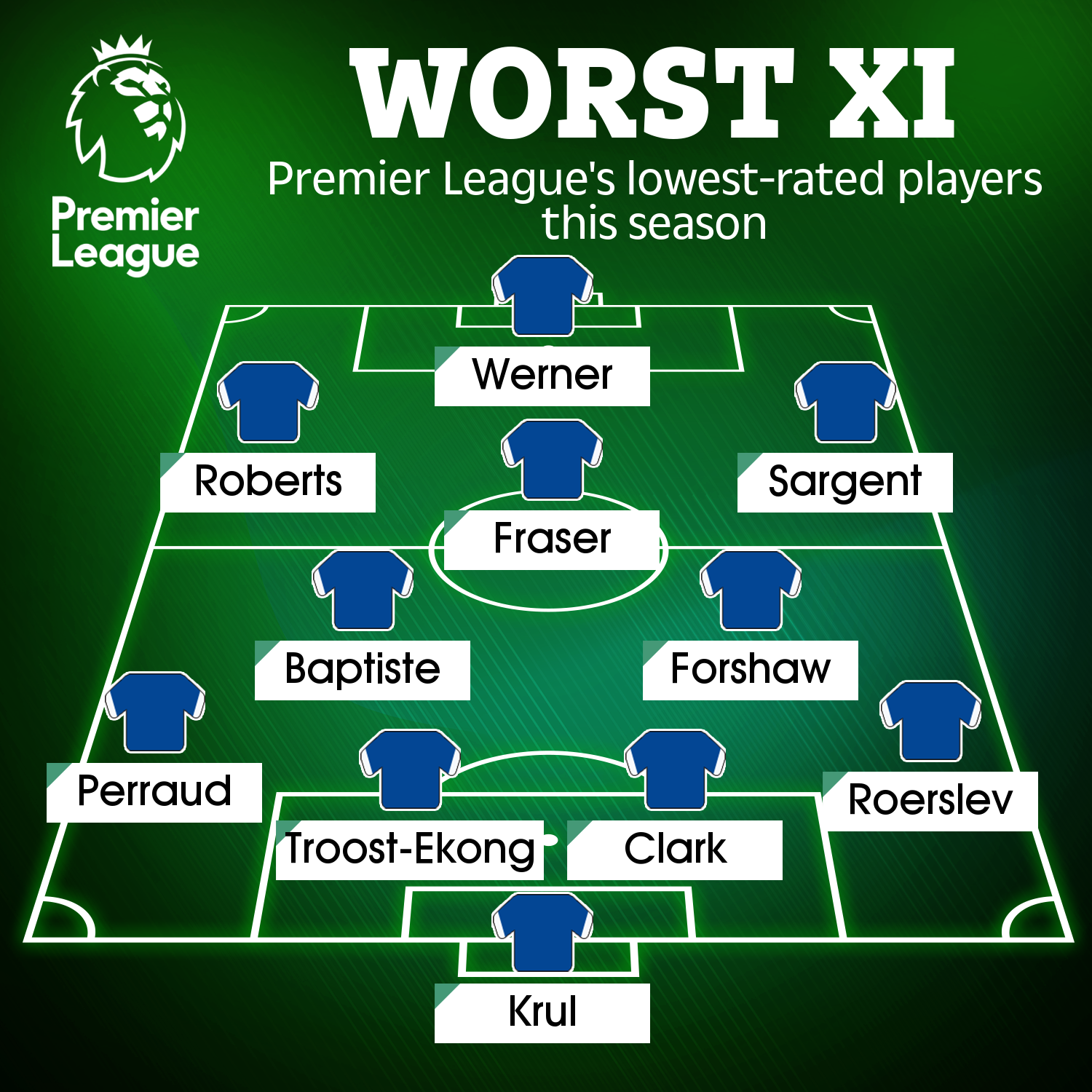 Big things are expected of Baptiste, 23, but he has flitted in and out of the Brentford team this season.

Boss Thomas Frank seems a bit uncertain as to exactly what the Grenada international’s best position should be.

Fraser lacks nothing in confidence – but his performances on the field this season haven’t excited Magpies fans.

He has just one assist and zero goals from 19 games this season. 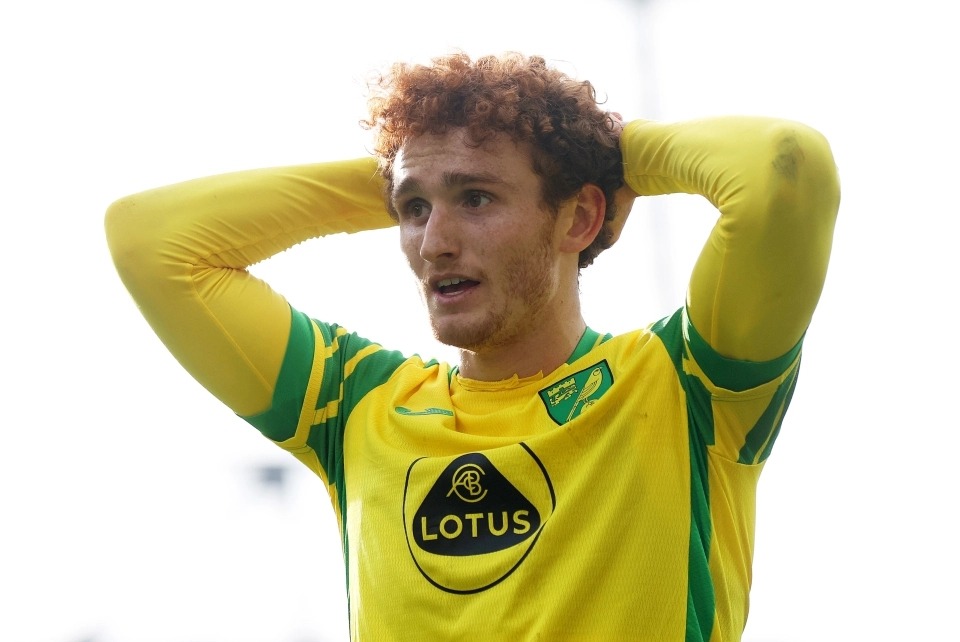 Josh Sargent might have scored a worldie recently, but he needs to impact games more often

Perhaps surprising to see him in this team after two stunning goals recently for Norwich against Watford.

But that’s as good as it has got for Sargent, who has struggled to impose himself on games this season.

And the fact Roberts has played as a striker at various stages in his career should be a positive. Sadly his showings this season have been anything but.

Ousted from the team this season following Romelu Lukaku’s arrival.

Lukaku is struggling himself – but Werner has ever since he joined Chelsea from RB Leipzig in the summer of 2020. 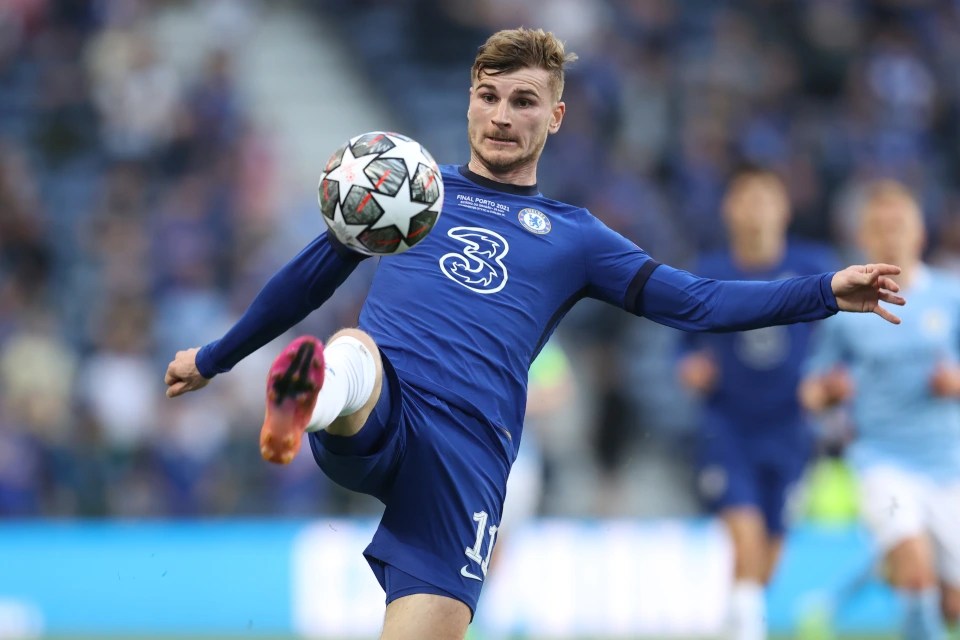