BETH ENGLAND reckons Chelsea are ready to right the wrongs of their Champions League heartbreak by dumping Everton out of the Women’s FA Cup.

And the Blues goal machine says the WSL champs are up for a fight against the Toffees with the treble still in sight. 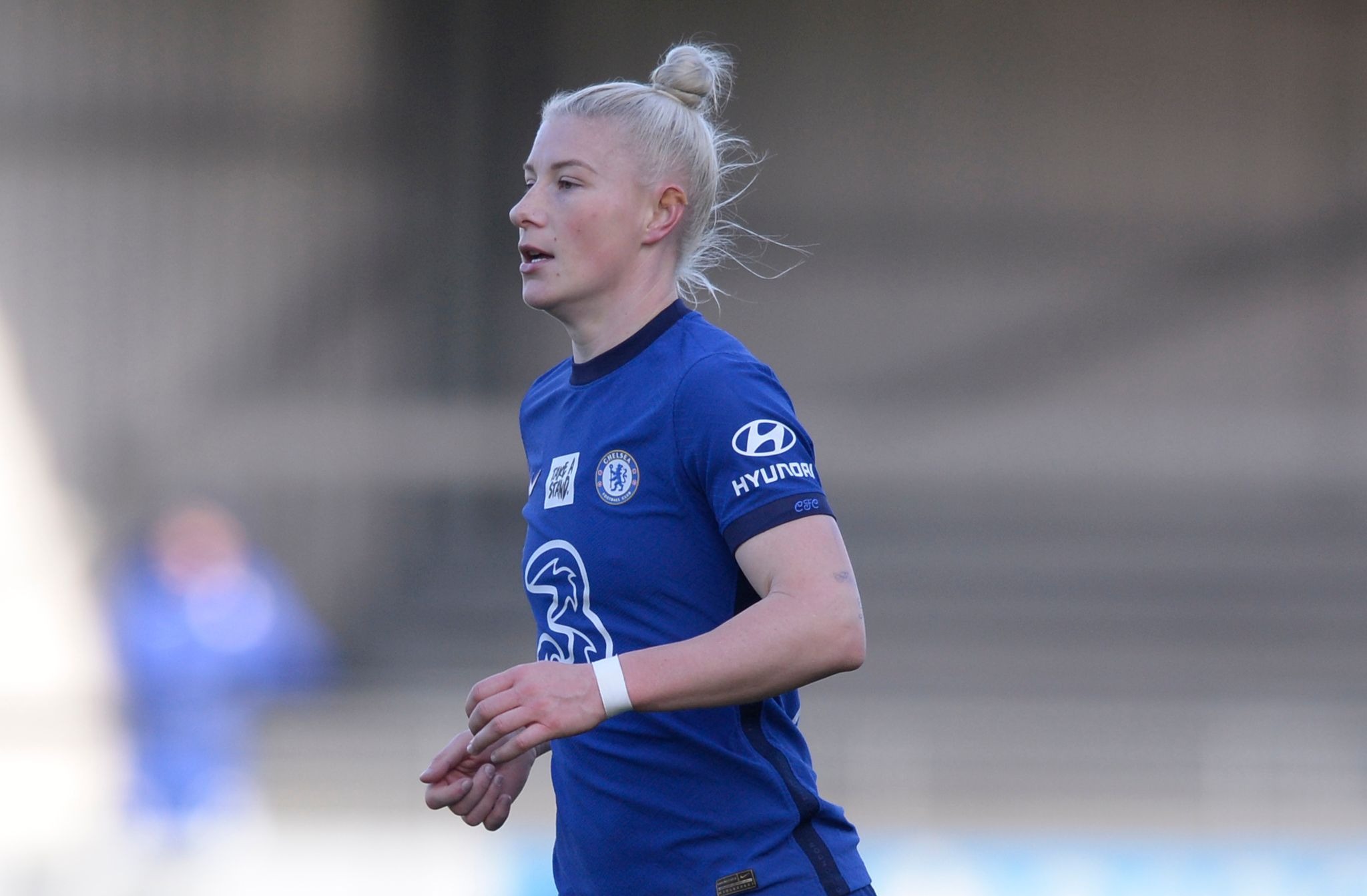 Beth England is hoping Chelsea will knock Everton out of the Women’s FA CupCredit: Rex 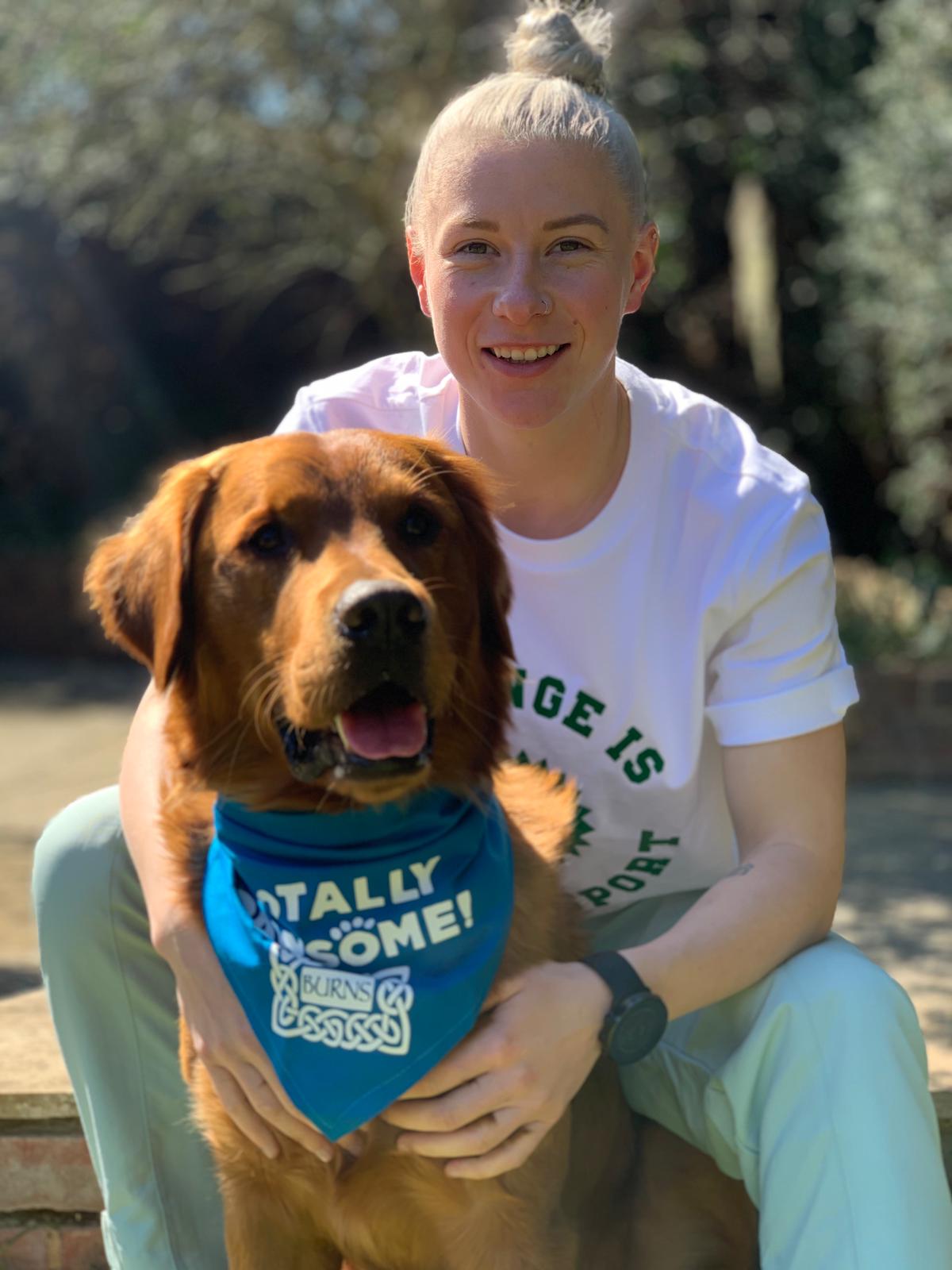 England, who is leading an Olympics-themed campaign to help overweight pooches get fit, was speaking ahead of the Blues’ FA Cup fifth round clash with Everton.

The Lionesses forward, 26, says her team-mates are looking to end their season on a high, following their ‘heartfelt’ Euros defeat in the Champions League final.

And they hope to exact Cup competition revenge on the Toffees who beat them in the quarter-final stages of the contest last term.

England said: “Everton have already knocked us out before so we know they are not a team to take lightheartedly.

“They’re not going to have wanted to have wasted the last two weeks without coming for a fight.

“We’re more than ready for a fight and I’m glad that we’ve got this game because we can try and do the things that we didn’t do in the Barcelona game.

“I think for myself and a lot of the girls to end the season on that defeat to Barcelona would have put a real dampener on everything that we’ve achieved.

“Although we can’t go for the quadruple now, the treble is still on the cards and that’s definitely what we’re aiming for this evening.

“It’s hard to reflect on what you’ve done because of coming off of such a heartfelt loss, but we’ve achieved unbelievable things this year and I know this is such a special group of players.” 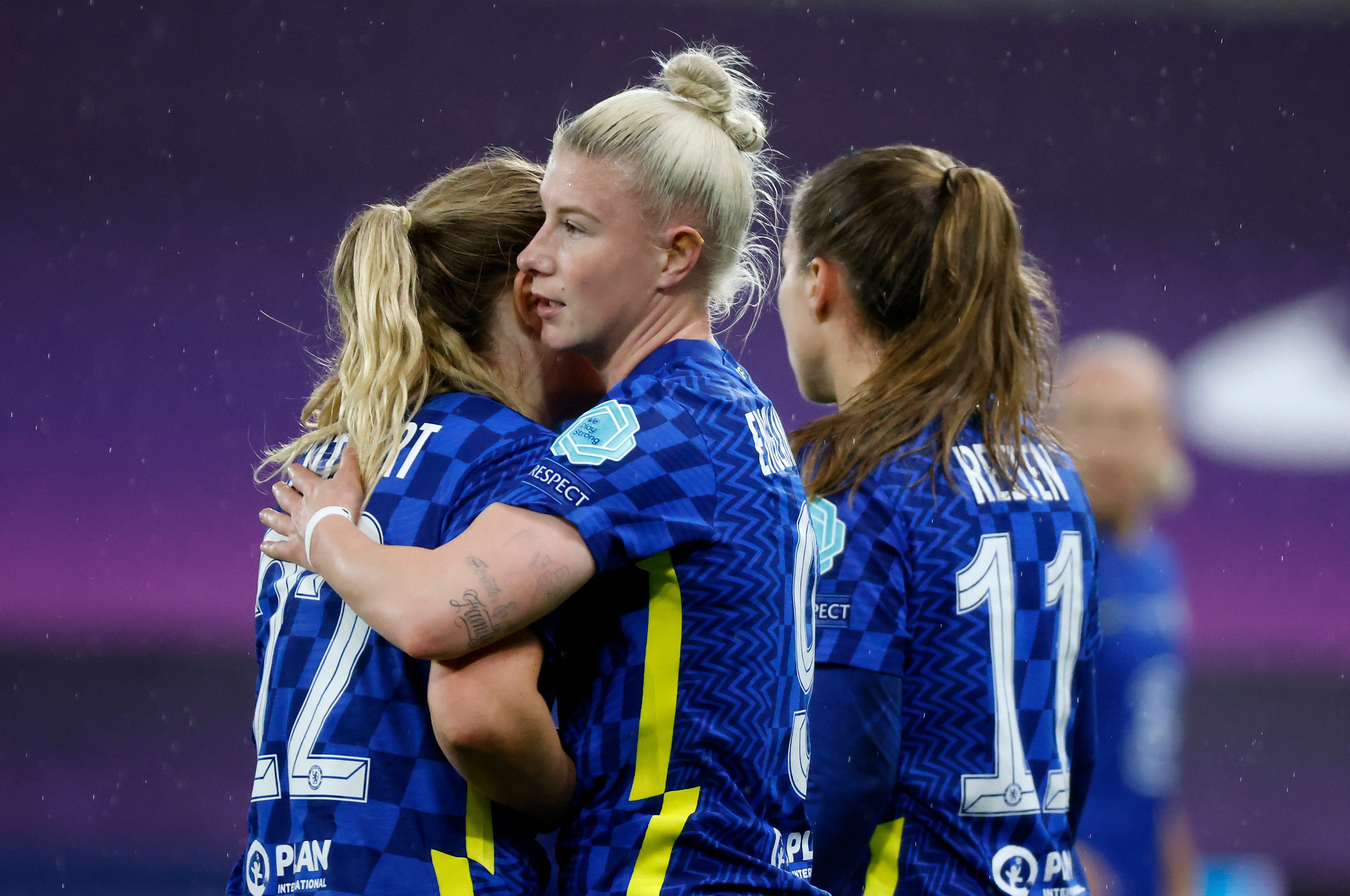 England and her Chelsea team-mates are eager to win the treble this year after losing the Women’s Champions League finalCredit: Getty

Chelsea, who sealed a fourth WSL title this term, will be buoyed by the prospect of boss Emma Hayes reportedly gearing up to sign a new contract.

And England, who has netted 28 goals in 51 Chelsea appearances, believes the Blues will be an even tougher force to be reckoned with next term.

The striker, who moved to Chelsea from Doncaster Rovers Belles in 2016 added: “We’re getting stronger every year. And I think that everyone knows that at the minute that we are the team to beat.

“But we’ve proven time and time again why we are the best. 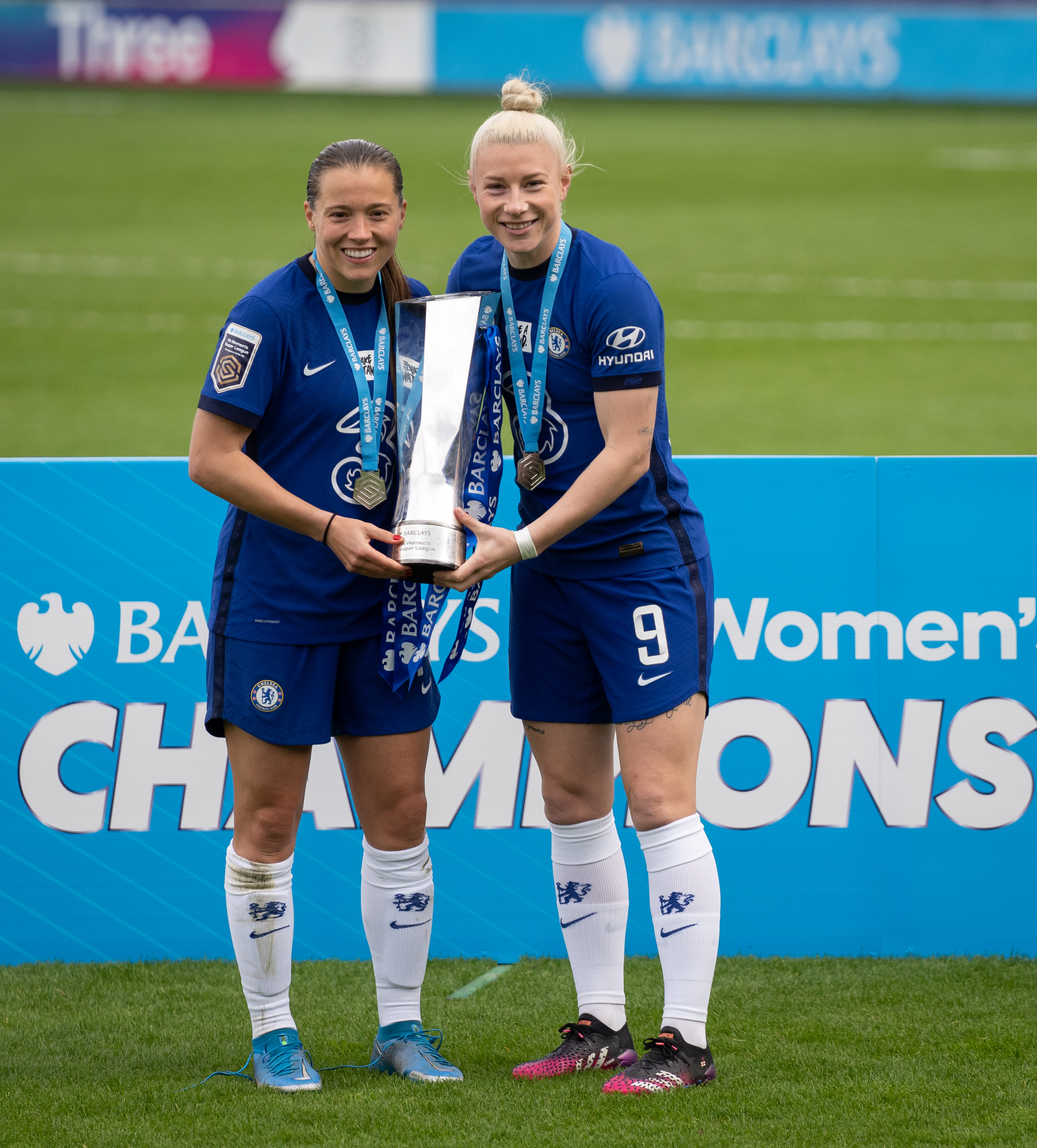 England says Chelsea have consistently proved they are the team to beat this seasonCredit: Prime Media

The Blues’ final match of the season comes during a week in which England is leading a campaign to help overweight and obese dogs to get fit.

The WSL ace has teamed up with a pet diet firm to encourage dog owners to get their pooches involved in the Canine Games.

The competition – which starts on May 21 – will involve an Olympic-style challenge posted every Friday on social media for four weeks.

Through lockdown, we can appreciate there have been a lot of challenges where dogs aren’t getting enough walks or they’re getting overfed, which has led to a lot of obesity.

Contests include a 100m Dash-hund with dogs and their owners racing 100m together.

The winner will receive six months’ supply of dog food.

Statistics shared by Burns Pet Nutrition revealed 52% of people who took part in a study of 2,000 dog owners believe their furry companions are overweight.

They say this is the equivalent of six million of the country’s 12 million dogs. 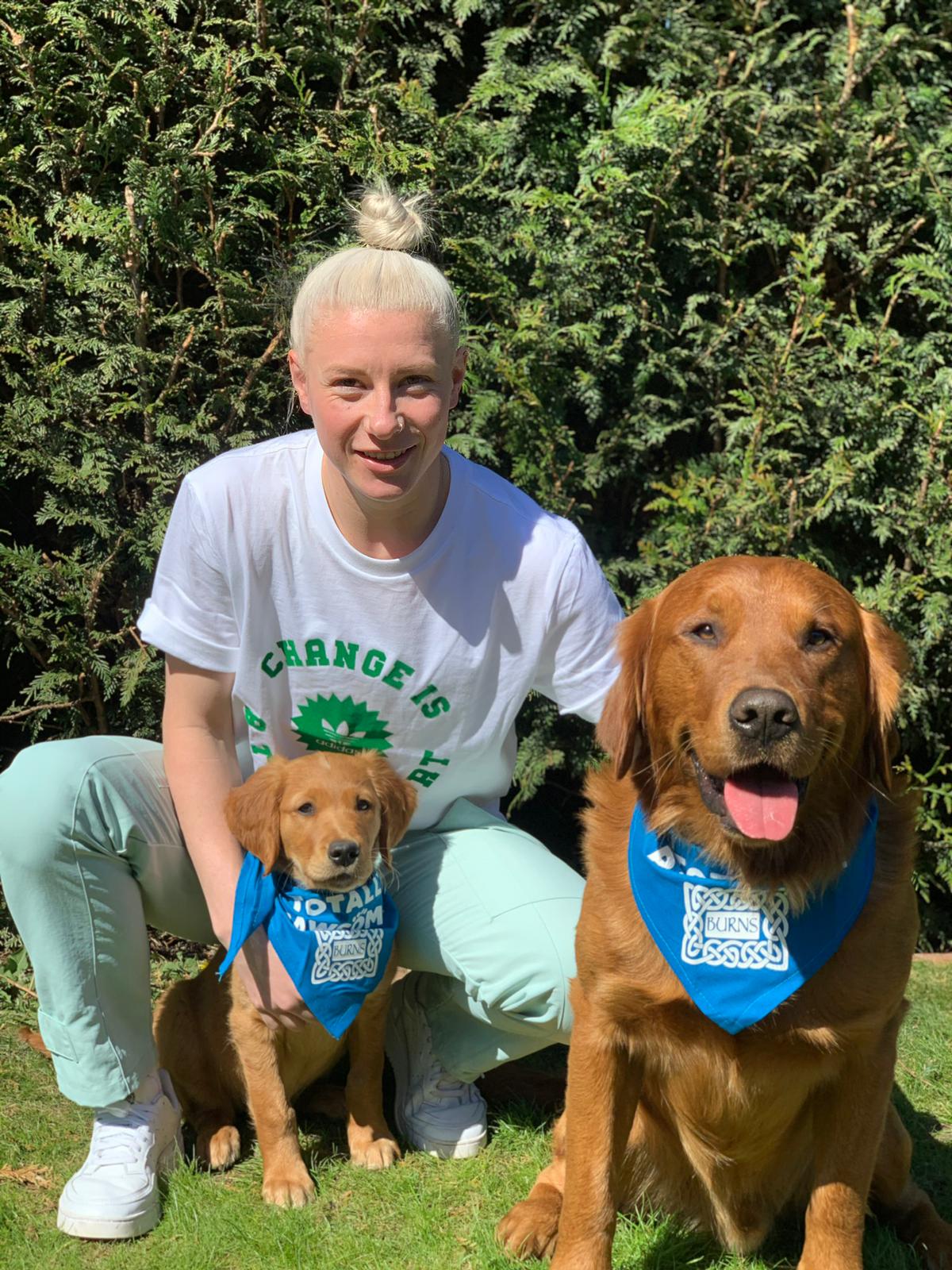 England enjoys the company of her Golden Retrievers Dilys and Buddy

The Blues ace is the proud owner of two dogs including an adorable Golden Retriever named Buddy with whom she shares her birthday.

England said: “Through lockdown, we can appreciate there have been a lot of challenges where dogs aren’t getting enough walks or they’re getting overfed, which has led to a lot of obesity.

“The point of this campaign is to create a fun feel factor and to get people to join in activities that could be good for them and their pets.

England also feels having Buddy and Dilys in her life has been a boost for her during lockdown.

The Chelsea forward added: “Sometimes when you just need to go for a walk and clear your head, your dogs are there and they’re just happy, it gives you a boost.

“And I think having that time with them can take you away from all the stresses and things. 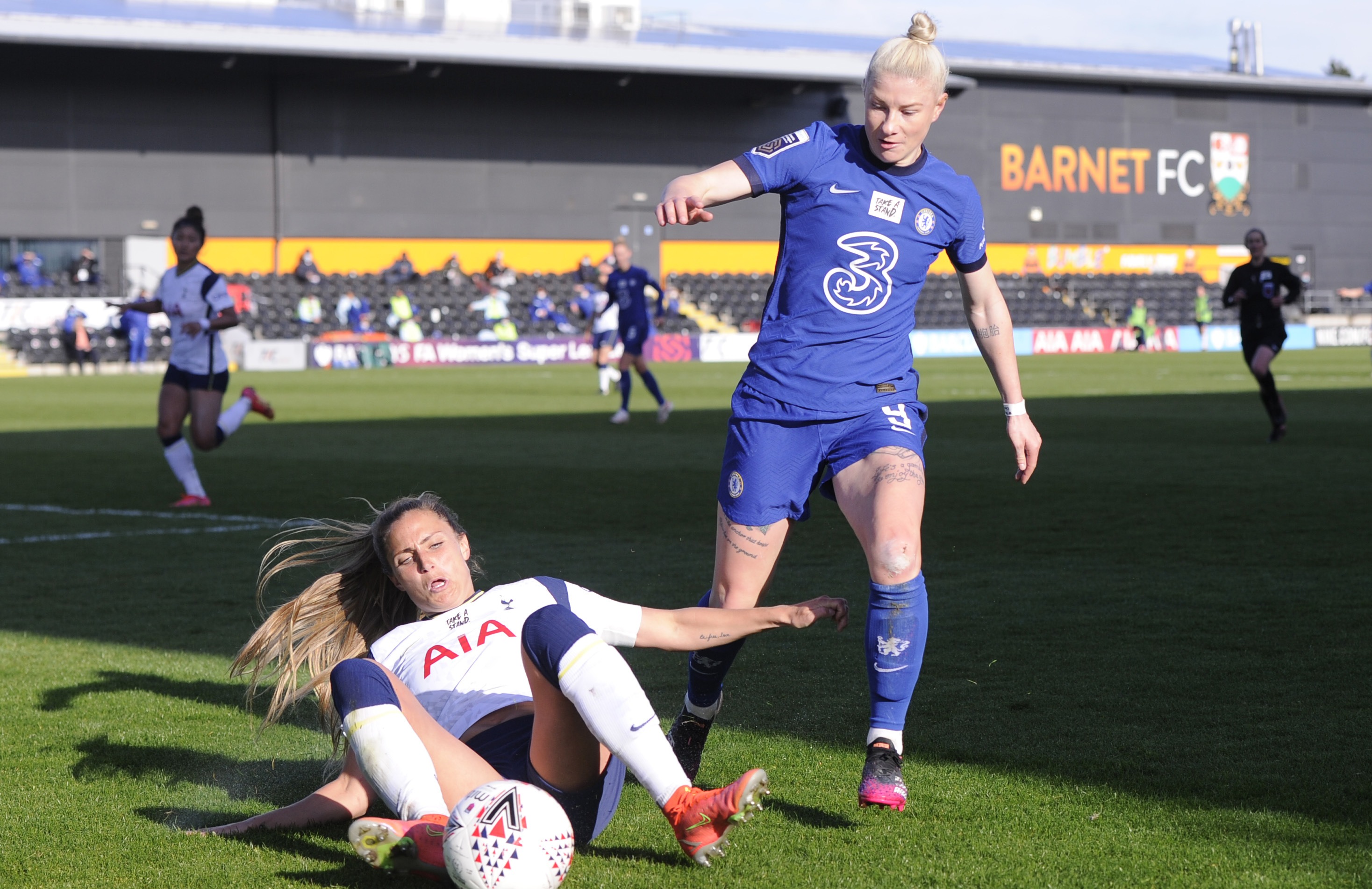 England is supporting an Olympics-themed Canine Games with a pet nutrition firmCredit: Rex

“This job of being a footballer isn’t as easy as people think.

“There’s a lot of things off the pitch and on the pitch that people don’t see day-to-day, they just see the games.

“For me having Buddy by my side throughout this last year – especially with how tough it’s been with the pandemic – has been good. He’s been my best friend.” 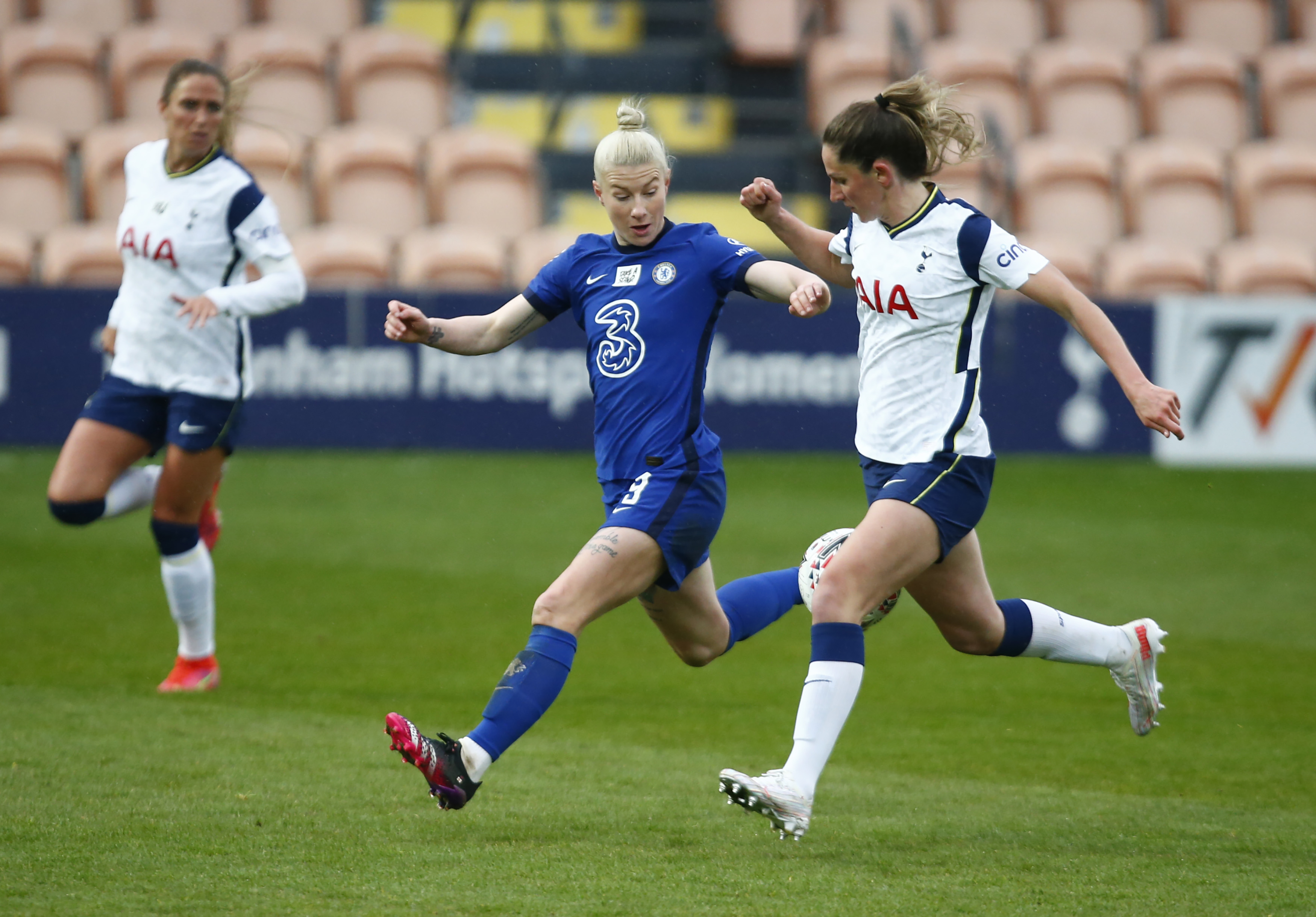 England says having Buddy and Dilys in her life has been boost during lockdownCredit: PA