PIERRE-EMERICK AUBAMEYANG promised the matchball to his kids after hitting his first Premier League hat-trick.

And the Gabon star paid tribute to the Arsenal staff and fans for showing him ‘love’ during a difficult personal period. 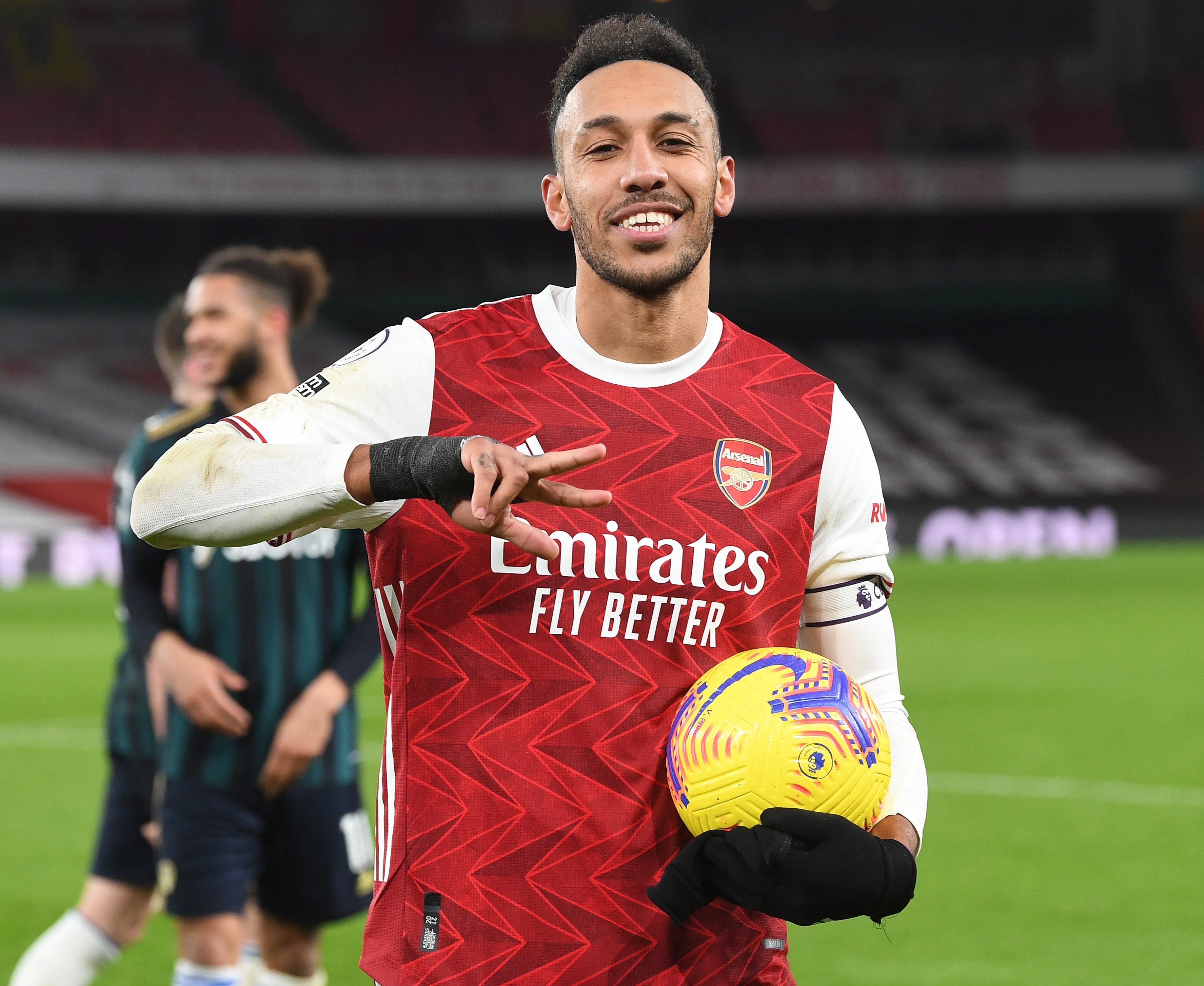 Pierre-Emerick Aubameyang vowed to take his matchball home for his kids after scoring a hat-trick against LeedsCredit: Getty Images – Getty

Aubameyang, who missed three games in January due to his mother’s ill health, KO’d Leeds with a deadly display.

And the Gunners’ skipper, 31, said he was taking the ball home to sons Pierre Jr and Curtys.

Auba said: “I’m really happy and my kids are going to be happy because they’re going to get it.

“It means a lot to me. I’m a guy who always works hard and tries to give the best — first for my family and the team as well.

“It’s been a tough time but now it’s time to get the smile back, win games and score goals. Everyone gave a lot of love to me, my mum and my family.

“So I’m really, really happy and proud to be part of this family.

“I have to say thank you to everyone at the club and the fans as well.

“I received a lot of messages. I’m really happy for today’s win and goals — this is for them.” 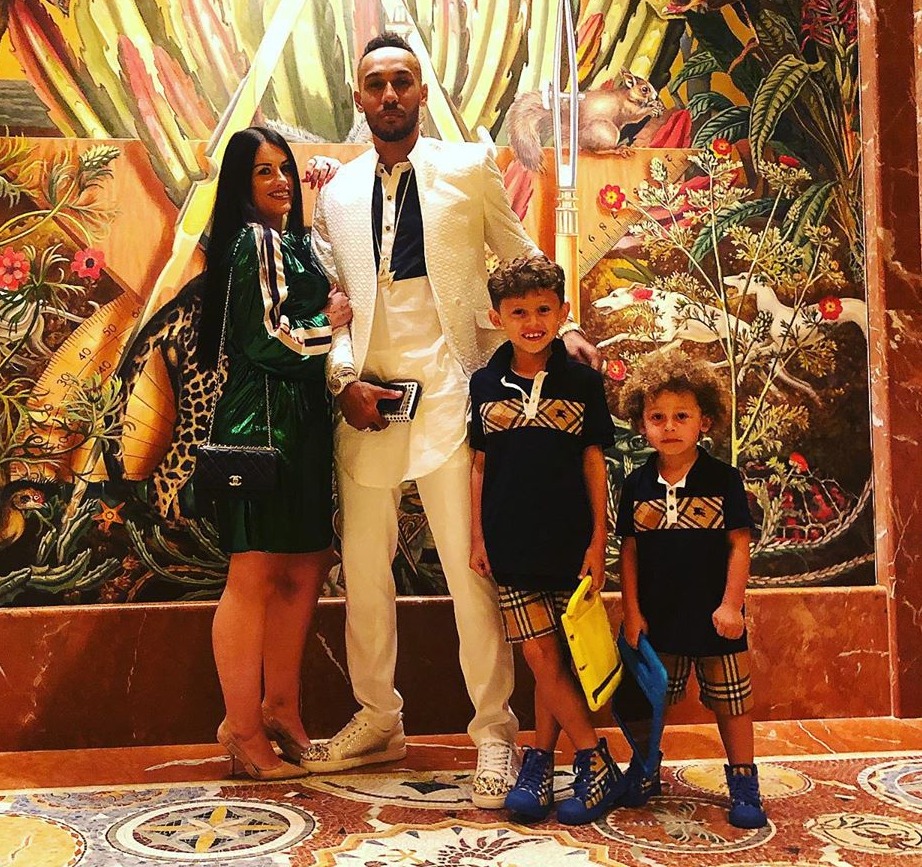 Aubameyang promised to give sons Pierre Jnr and Curtys his Leeds matchballCredit: Instagram

Aubameyang’s treble came via a neat near-post finish, an ice-cool penalty — after Bukayo Saka was fouled by keeper Illan Meslier — and a close-range header.

And it finally took him into double figures for the campaign after his early- season struggles.

Saka also thought he had won an earlier spot-kick for the Gunners when he went over after being challenged by Liam Cooper on 35 minutes.

But ref Stuart Attwell overturned the decision after consulting VAR.

But Leeds ensured a nervy finish, thanks to second-half goals from Pascal Struijk and substitute Helder Costa.

But boss Mikel Arteta was optimistic his talisman would be fit to face Benfica in their Europa League last-32, first-leg clash on Thursday. 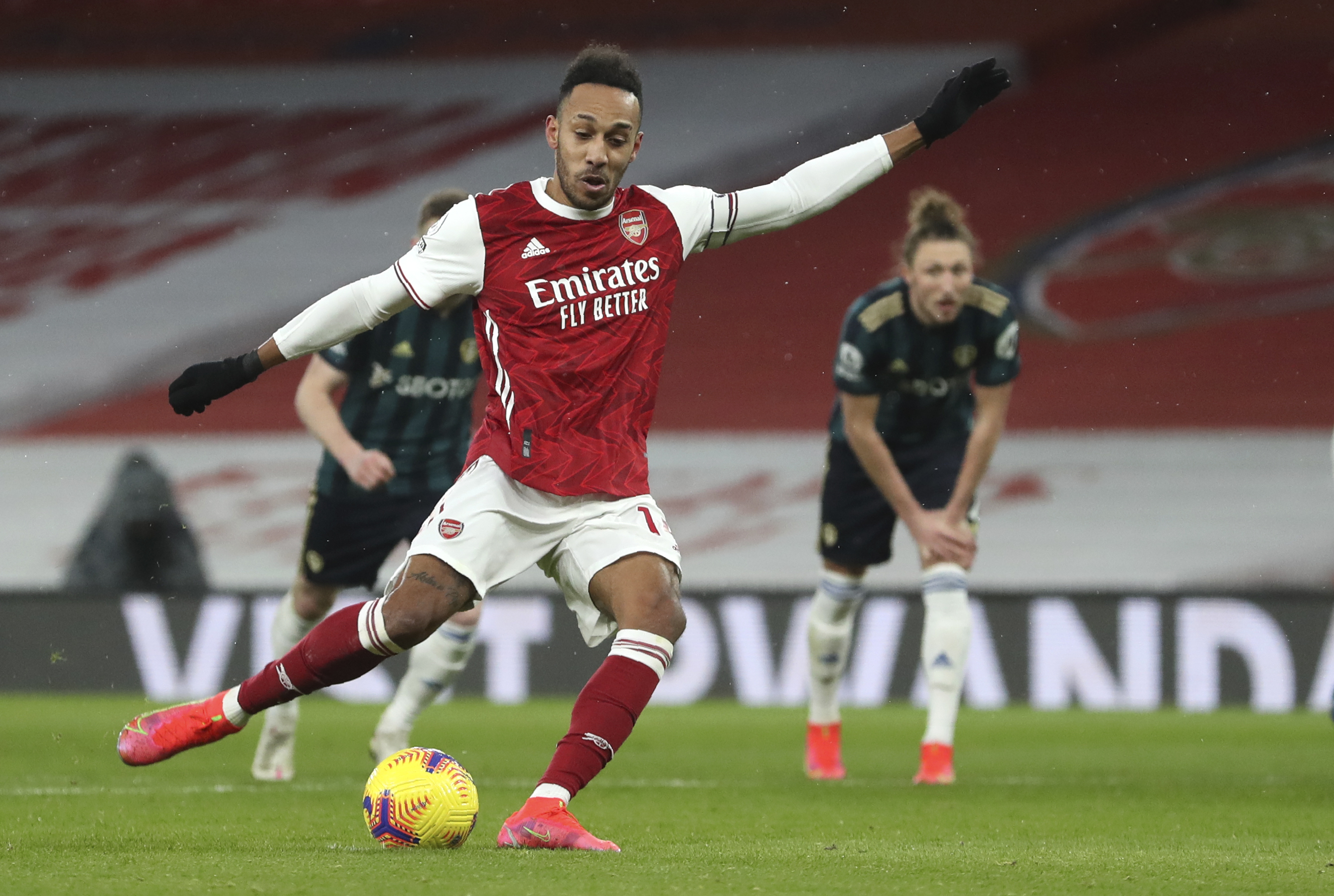 The Spaniard admitted: “We have been missing Aubameyang’s goals and him at his best.

“He has been training after a difficult period with a family issue and we had a feeling he could be key in this game.

“He was in pain and got a big kick and twisted his ankle but, hopefully, he will be fine for Thursday.”

The win lifted Arsenal above Leeds into tenth in the table — but they are still well off the pace for a top-four finish.

“In the second half we started better but conceded again. We fought a lot to get back into it.”

Struijk added: “We started way too sloppy — the second half is the energy we need to bring.”

Boy, 15 & three others arrested on suspicion of murder after man, 31, killed during attack