The former Spurs star said he had even got club secretaries to send fake emails making attendance for evening events compulsory when he was just going out on the town with team mates. 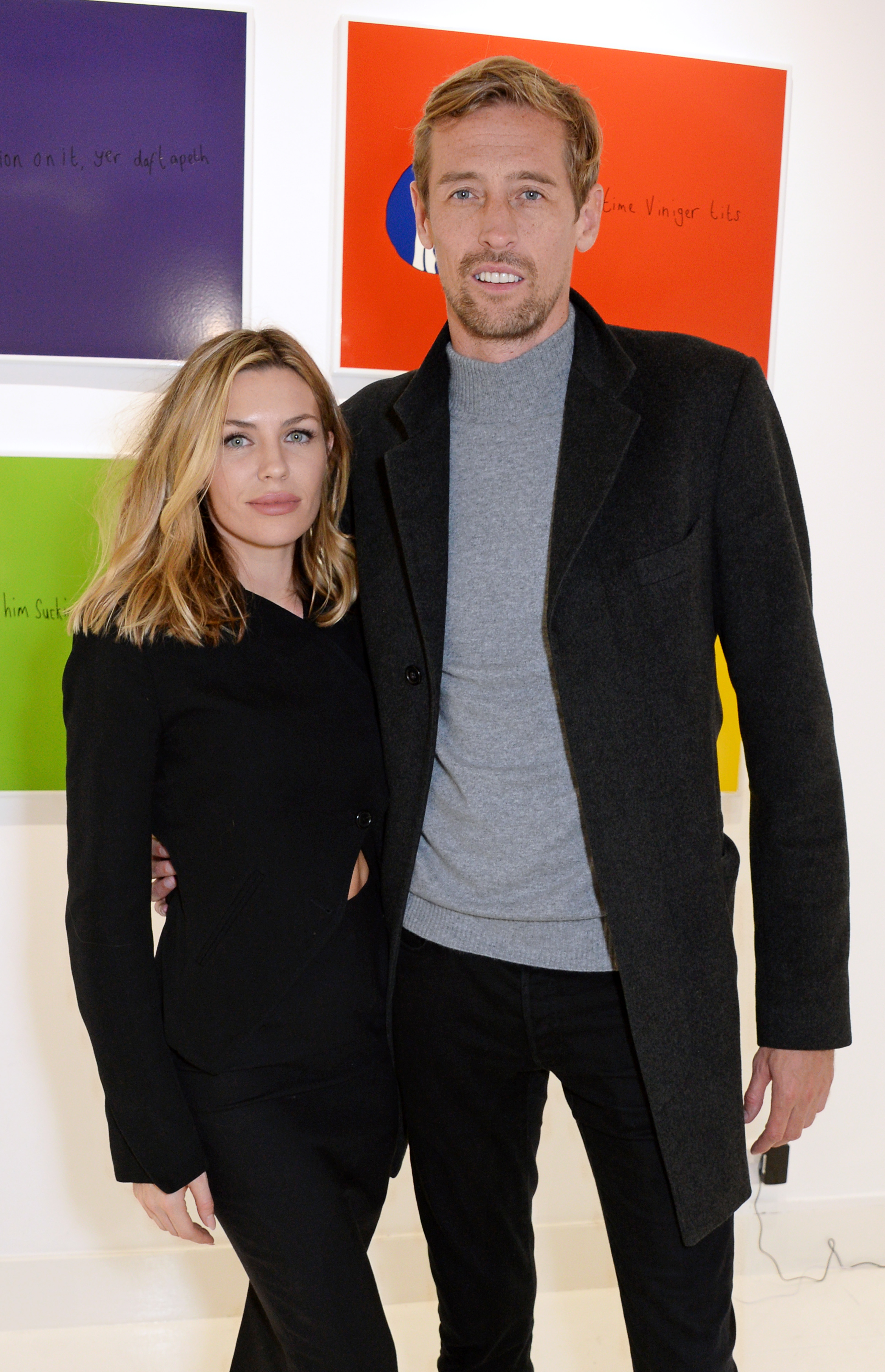 And he admitted that now that he is a pundit and podcaster he pretends he has to miss out on time with model Abbey for “vital” work-related watching of football and having fun drinking with pod colleagues Tom Fordyce and Chris Stark.

Talking about social bashes during his career at clubs including Liverpool, he said: “There’s been a couple of occasions where there’s a bit of a team bonding session or something like that and Ab will say ‘you don’t have to go that, do you?’ And I would be like ‘I do’.

“There has been one or two occasions where I’ve gone to the secretary and gone ‘can you just fire an email just saying that it’s compulsory and it’s important for the team’. And we would just go and have a night out.”

Peter, 40, said when his first child Sophia, now ten, was a baby he would avoid dealing with her, telling Abbey he had a game the next day.

He said: “There was a few cards that I used to play. Like on a Friday, it’s like the magical time to get out of anything because Saturday’s the most important thing. 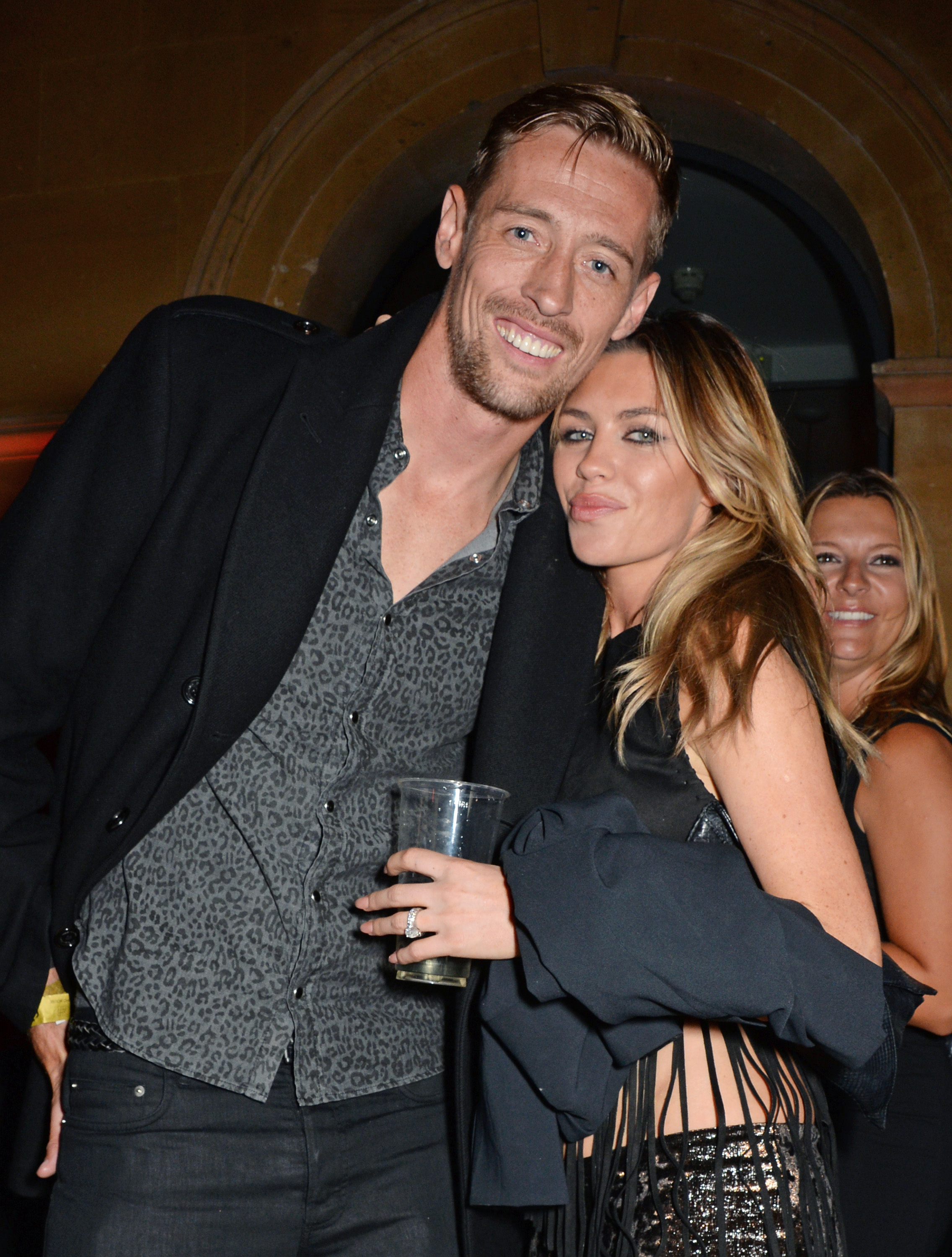 Crouch admitted he would fib to Abbey to get out of baby dutiesCredit: Getty – Contributor 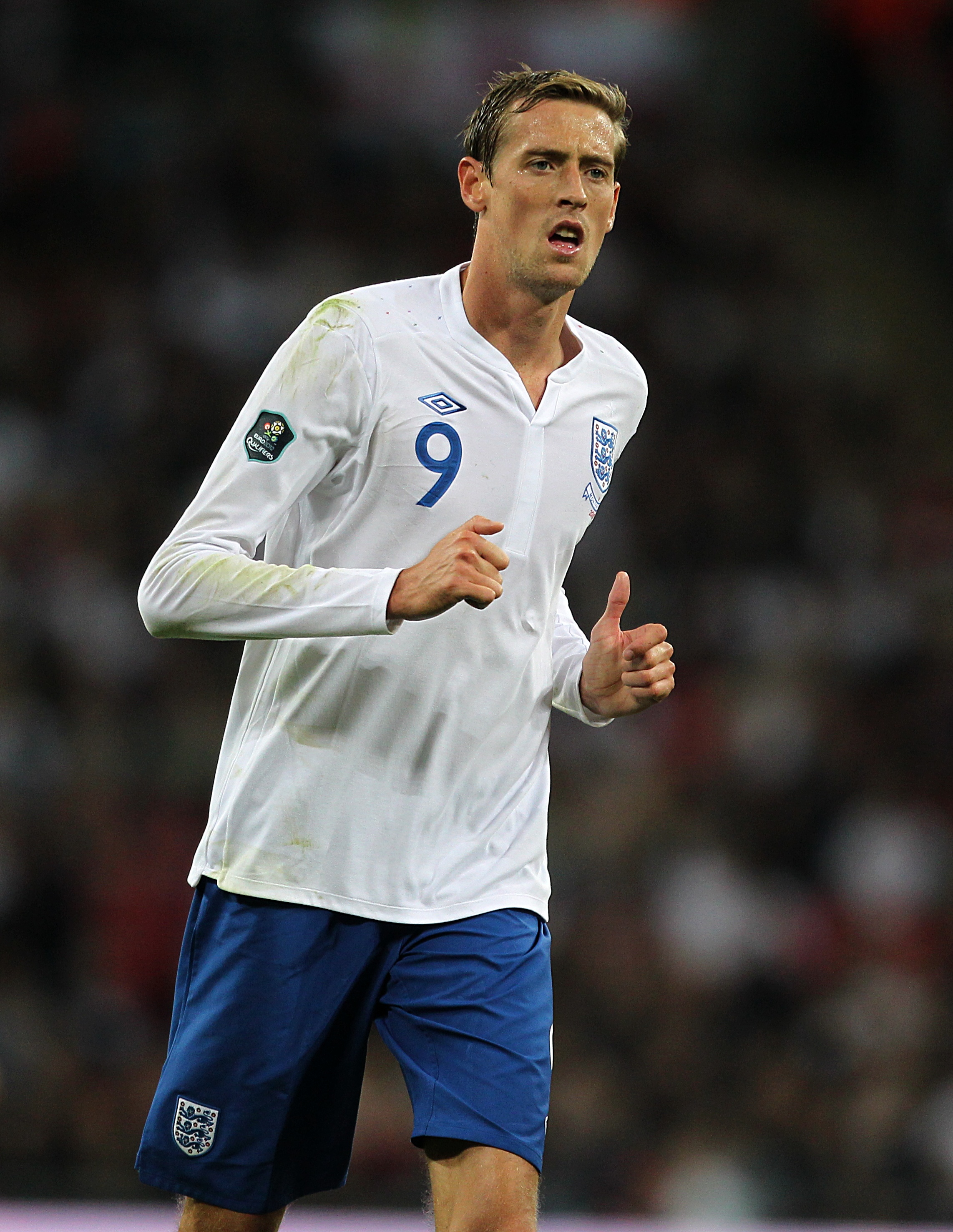 “You train all week to play on a Saturday.

“Certainly when you’re at home and I remember when my first baby was born, Friday night if she’s crying, I’m like ‘that’s not for me, I’ve got a game tomorrow’.”

Asked by pal Stark, if when he fancies just watching football, he tries the excuse that he needs to do it just to keep abreast for work, Crouchie admitted: “That card has been played on many an occasion.”

And he said he even lies that it’s a bit of a chore having to record the podcast.

Crouch agreed with Stark that he sometimes fibs that he’s not in the mood for it and it’s a “massive pain”.

He confessed: “Coming in here talking to you boys, let’s be honest, I’m chatting to you about football and telling her it’s work – it’s really not. 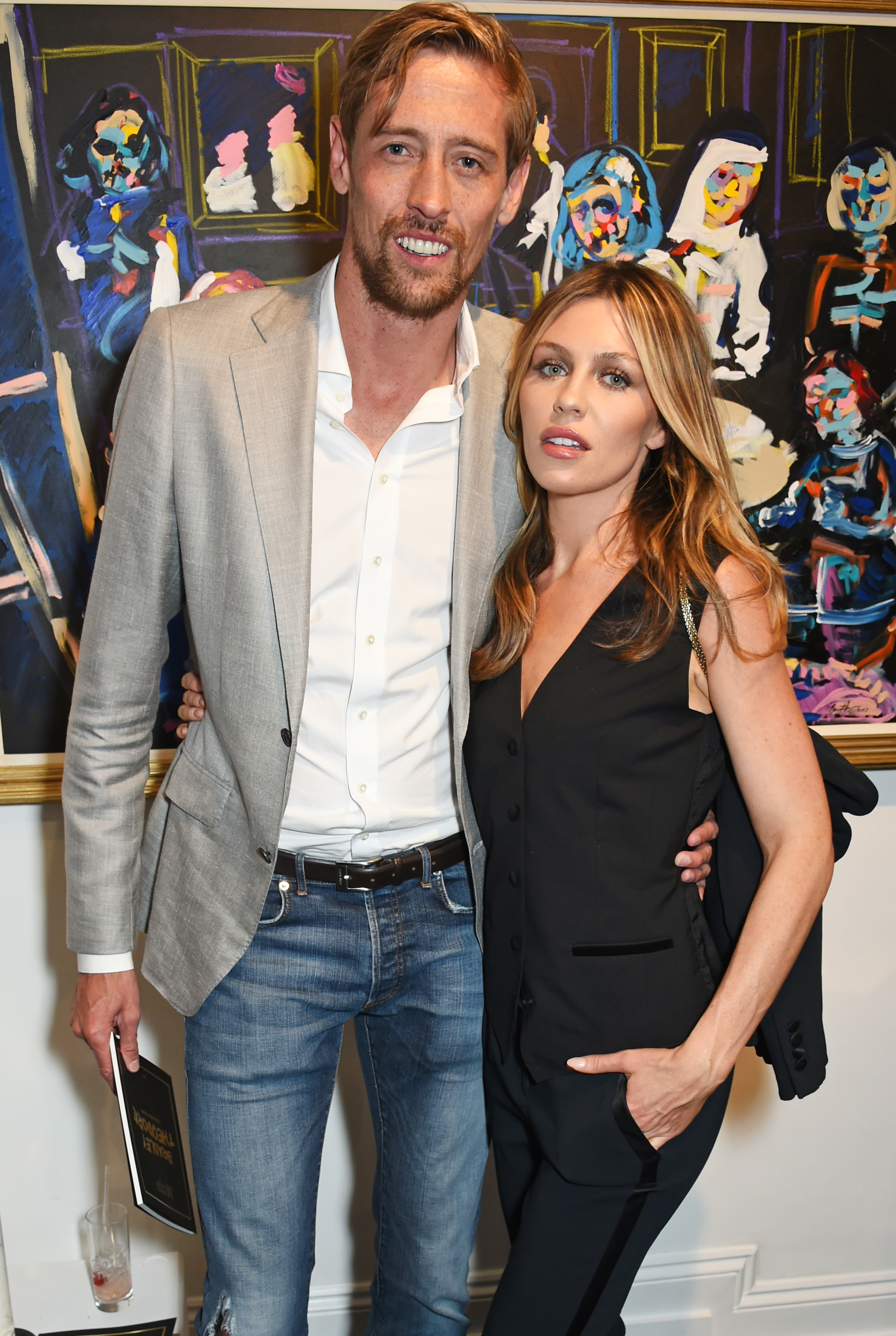 Crouch admitted he pretends he has to miss out on time with model Abbey for ‘vital’ work-related watching of footballCredit: Getty

“She’s feeling sorry for me, I’ve got it to the stage where I’ve gone ‘got to go down there and do the podcast’, and I’m carrying eight beers in there.”

Meanwhile Crouch said a top football club put mirrors on the back of the away team’s toilet cubicle doors to try and ensure opponents’ performances went down the pan.

He wasn’t flushed with pride when he had to watch himself using the facilities before a game. 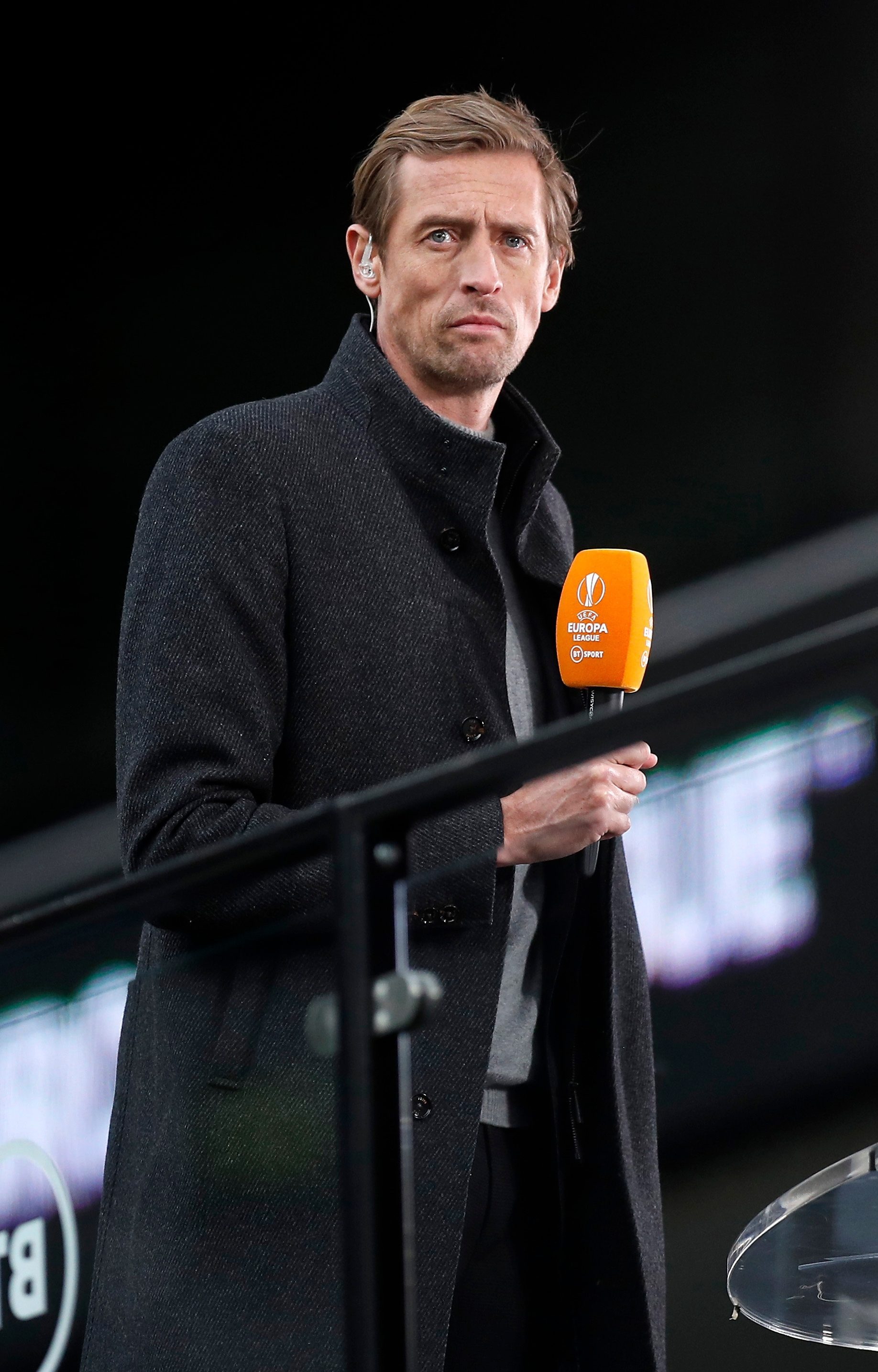 The former football star is now a pundit and podcasterCredit: Getty