MANCHESTER CITY are looking to create club history when they welcome rivals Manchester United to the Etihad on Sunday.

The Citizens go into the derby clash winning their last 21 games in all competitions, while they need to avoid defeat to break their 28-match unbeaten streak. 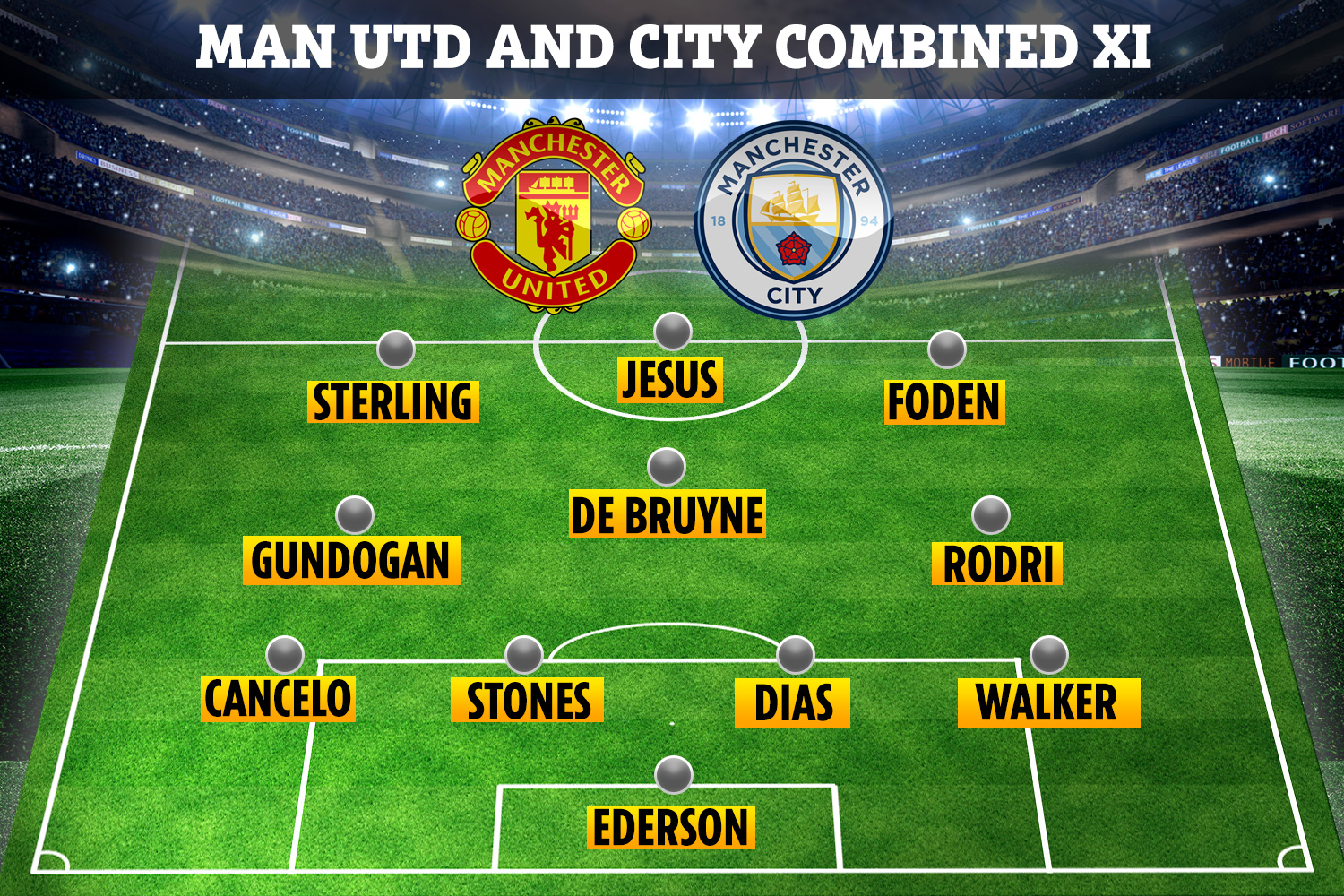 Pep Guardiola‘s men are 12 points clear at the top of the Premier League table and sit 14 points above the Red Devils.

But City haven’t fared well against Ole Gunnar Solskjaer’s side in recent derbies – winning just one out of their last four fixtures against United.

And SunSport has created a combined XI ahead of the game, and it isn’t good viewing for United fans.

Having kept 15 clean sheets in 26 Premier League games as well as conceding just 16 goals, you cannot look past Ederson.

The Brazilian shot-stopper has once again been in inspired form this campaign and he even has an assist to his name after finding Ilkay Gundogan in the 3-0 win against Tottenham.

United’s first choice goalkeeper David De Gea will not be in action against City, and while Dean Henderson has impressed this term, he is no match for Ederson.

Having not lost since November, it should come as no surprise that City have conceded the few goals in the top-flight.

They have let in just 17 goals in the Premier League this term compared to the 32 United have shipped in.

And Kyle Walker, Ruben Dias, John Stones and Joao Cancelo are equally as much as a threat in the final third.

Between them this campaign, they have contributed to nine goals in the Premier League – with Stones scoring on three occasions.

The only United player that could get into City’s defence would be Luke Shaw, but the England ace can’t compete with Cancelo’s blistering pace.

Gundogan has been the Premier League’s player of the season so far having chipped in with 11 goals and two assists.

He has outshone his team-mate De Bruyne has 11 assists to his name so far.

It’s harsh on Bruno Fernandes who has once again starred for United this season, but the Portugal international isn’t yet at De Bruyne’s level.

It’s a clean sweep for City with the club having three of their players starting in attack ahead of United’s Marcus Rashford, Edinson Cavani and Anthony Martial.

Phil Foden – who has been the league’s young player of the year so far – has often been playing from the left, but he is more than capable of being deployed on the right flank.

Raheem Sterling slots in on the left wing, with Gabriel Jesus leading the line ahead of team-mate Sergio Aguero. 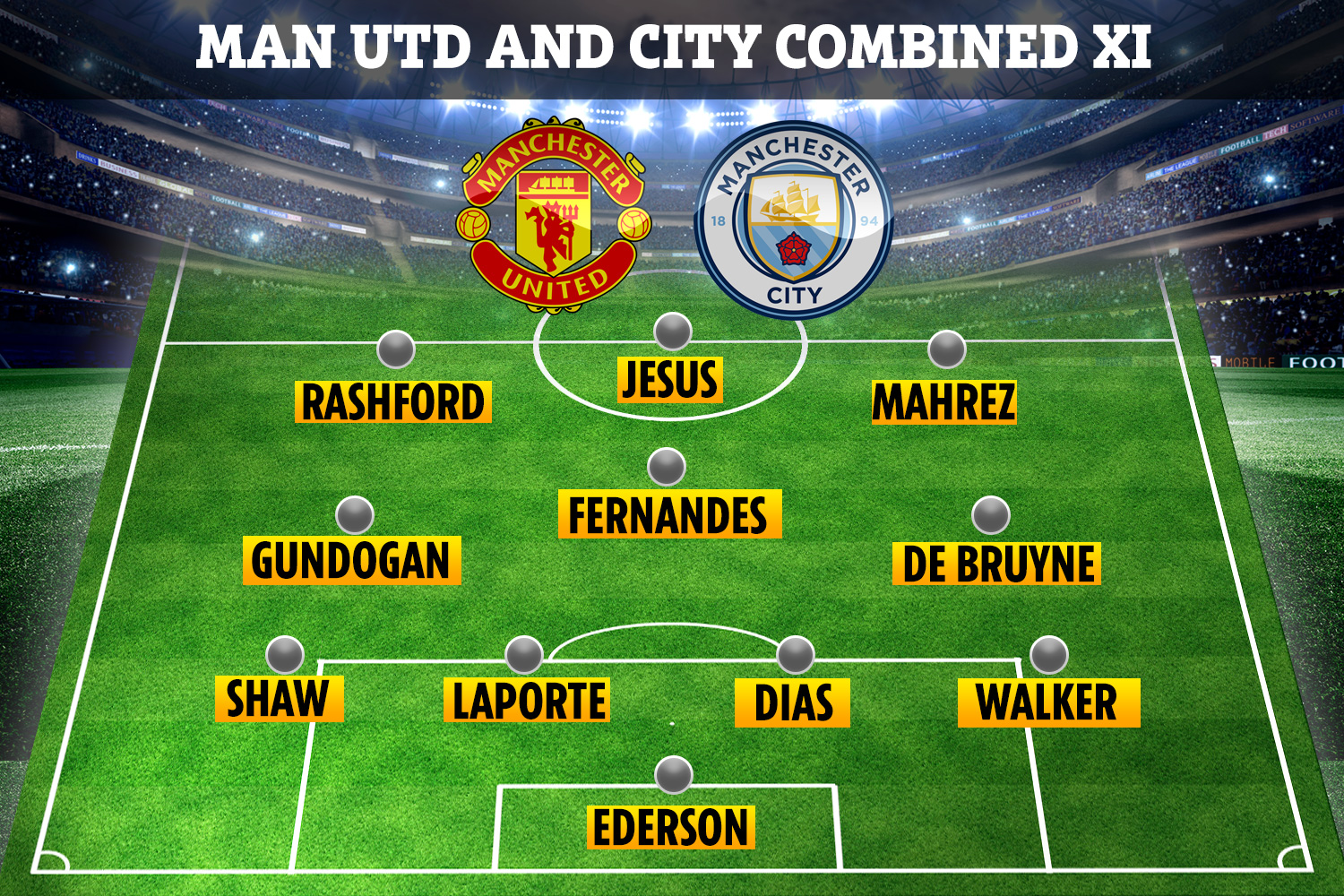