PEP GUARDIOLA has told players due to fly to Covid ‘red zones’ in the international break they will not be allowed to travel.

Many of Manchester City’s squad are due to jet off to play for their countries in just over two weeks’ time. 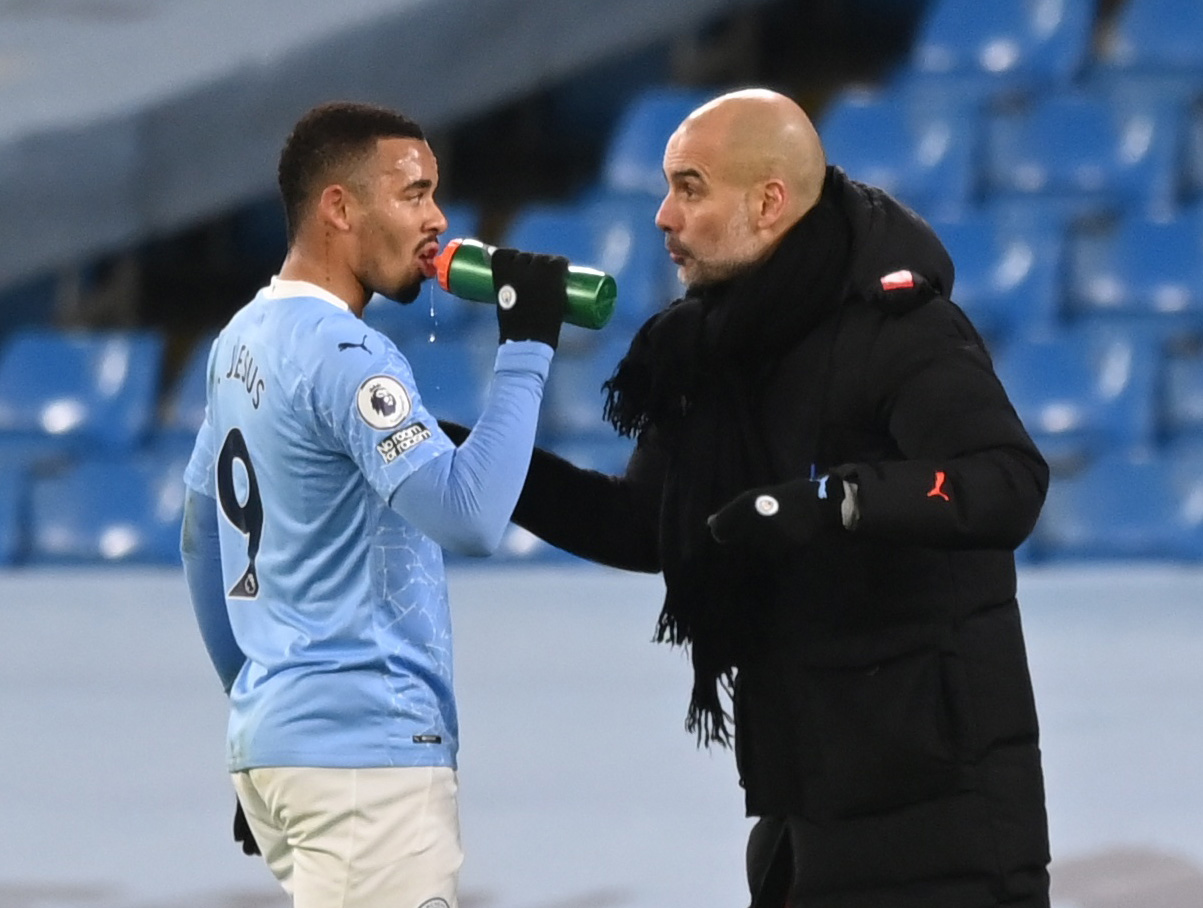 Guardiola is set to ban players due to travel to Covid ‘red zones’ from international dutyCredit: Reuters

But the Etihad boss says that any trip that involves a period in quarantine when they return to the UK will be blocked.

Guardiola says it makes ‘no sense’ for clubs to do without the players they pay for what will be a crucial part of the season, echoing the sentiment of Liverpool chief Jurgen Klopp.

So City’s South American stars such as Ederson, Fernandinho, Gabriel Jesus and Sergio Aguero could be told to stay at home – with Fifa fighting to move matches to non-‘red zone’ European nations.

Guardiola said: “We will wait until after this game against United and I am pretty sure that next week we’ll talk about that.

“But I think it makes no sense if the players go to the national team and then have to isolate for ten days when they come back.

“We’ve worked incredibly hard for seven, eight or nine months and after the international break comes the real part of the season.

“It makes no sense – they are not going to fly. That’s for sure.

“If they can fly, play with the national team and come straight back to training, they’ll fly.

“We invest a lot of time and money for the important part of the season.

“Maybe Uefa or Fifa might make something special for them. I’m sure they’ll understand this argument.”

City’s Portuguese players Bernardo Silva, Ruben Dias and Joao Cancelo could get a reprieve as their ‘home’ matches are due to be switched to Turin later this month.