PEP GUARDIOLA admitted Manchester City were taught a lesson after their 21-match winning streak was ended by neighbours United.

Bruno Fernandes struck a second-minute penalty and Luke Shaw netted after the break. 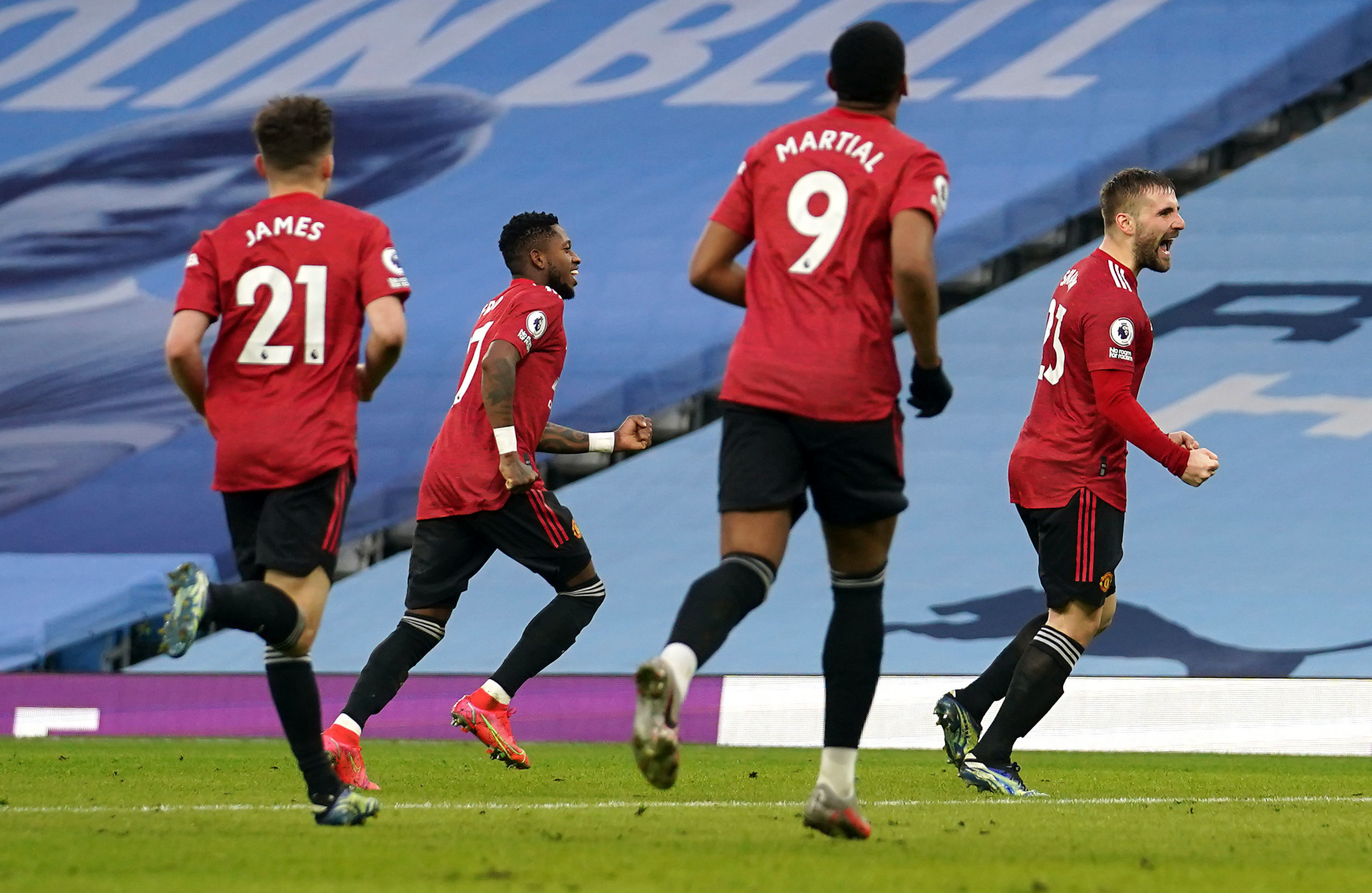 Manchester United outclassed Man City in one of their best performances of the seasonCredit: PA:Press Association

City boss Guardiola said: “Sometimes you have to not win a game to realise.

“We will be the news because we lost — but the news is 21 victories in a row. The result is going to help us a lot to understand how difficult it is.

“It’s a lesson. In football everything can happen. Congratulations to United.”

It is the first time Phil Foden and Co have tasted defeat in 28 games — with the last one on November 21 at Spurs.

Man City remain 11 points clear at the top of the table but second-placed United ensured their title celebrations will be pushed back.

“Our opponents have to win all their games and we have to lose four or five. There are still 30 points to play for and we have to start to win again.”

Ole Gunnar Solskjaer — whose side have now gone 22 away league games unbeaten stretching back to last season — came under fire after dull goalless draws against Chelsea and Crystal Palace wrecked their slim title hopes.

But the Norwegian reckons victory against a side who seem certain to be crowned champions is a sure sign of the progress his team are making.

He said: “They’re a lot of points clear at the top so we need to focus on ourselves and be a better Man United.

“We have improved massively. We are more robust and resilient, and there’s more personality in the team. That’s what I like.”

The one blot on an otherwise excellent day for the visitors was an injury to Marcus Rashford.

The England striker limped off with an ankle problem and will need a scan ahead of Thursday’s Europa League tie against AC Milan.