Many Arsenal fans have been asking whether Olympiacos are stronger, or as strong, as last year when Pedro Martins’ men eliminated the Gunners from the Europa League.

Well, the answer is a bit complicated – no, the reigning Greek champions are not better than last season but whether or not they are as good as the 2019-2020 campaign is yet to be decided.

Arsenal are set to take on a team that has been playing almost non-stop since July 23,2019 with last season’s game taking place on September 12, 2020 when they beat AEK Athens in the Greek Cup Final.

Olympiacos had no pre-season, their summer transfers had to adjust on the fly and the players got almost no time to rest or nurse their injuries.

And despite all that, the Piraeus giants have been almost flawless in Greece and Europe as they are set to win their 46th Superleague title, are waiting for their opponents in the Greek Cup semi-finals and are set to compete in the Europa League Last 16.

Olympiacos are doing better than any other defending champion in Europe’s top six competitions, that is the Premier League, LaLiga, Serie A, Bundesliga, Ligue 1 and Primeira Liga.

Pedro Martins’ men are doing even better than Paris Saint-Germain, who had their league called off last term due to the coronavirus pandemic.

Youssef El Arabi is the club’s top scorer this season with 20 goals in 33 matches and Kostas Fortounis is their most creative player with 11 assists in 34 matches across all competitions.

However, Olympiacos will be relying a lot on captain Andreas Bouchalakis, Mady Camara and former Arsenal transfer target Yann M’Vila in midfield. 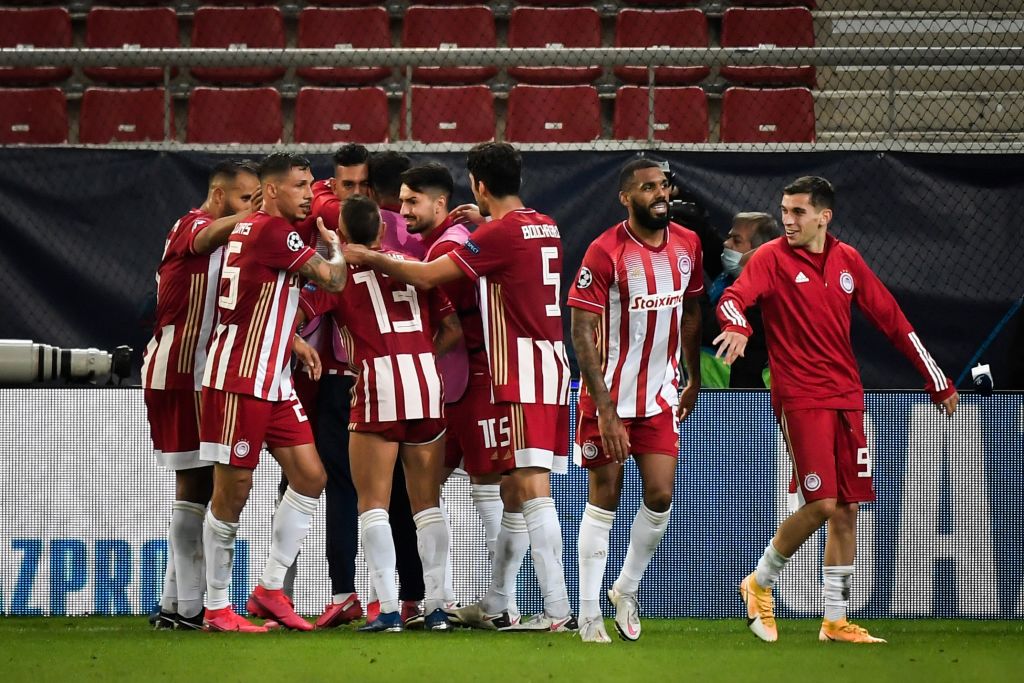