LEICESTER CITY completed a hat-trick of victories over Manchester United for the first time in 120 years – to spectacularly halt United’s record 29-game unbeaten away run.

On an afternoon dripping in goals and excitement it was Brendan Rodgers’ Foxes who emerged victorious at the end of this extraordinary six goal thriller.

United simply had no answer to Leicester’s energy and persistence and Ole Gunnar Solksjaer should demand to know why.

Even Harry Maguire’s return couldn’t stem the flow of goals as the Foxes ran riot during a sensational second-half performance.

Solskjaer cut a forlorn figure at the end as he marched on to the pitch to congratulate Rodgers’ heroes.

But United fans would have preferred to see him head for the away dressing room to plug-in the famous Fergie hairdryer and await his players return.

Despite taking the lead after 19 minutes with a stunning Marcus Greenwood opener, United flattered to deceive.

But Greenwood stunned them with a peach of a goal against the run of play.

The 20-year-old worked a 1-2 with Bruno Fernandes before dodging past Timothy Castagne and firing in a ferocious shot which flew in off Kasper Schmeichel’s far post.

However Leicester shrugged off that setback and equalised with an even better strike of their own.

United were the architects of their own downfall.

Paul Pogba took a short free kick on the edge of his own box and when De Gea fed Harry Maguire the comeback man was so busy deliberating the options ahead of him, he failed to sense danger.

Iheanacho robbed him of possession and rolled the ball to Youri Tielemans who then produced a moment of sheer class.

The Belgian didn’t break stride as he curled in a right foot shot which soared over De Gea and dropped just under the bar at the far post.

It was an extraordinary goal to drool over yet, incredibly, Leicester were just getting started.

In a second half crammed with goals, the home side took the lead after 78 minutes as United failed to deal with a Tielemans corner. 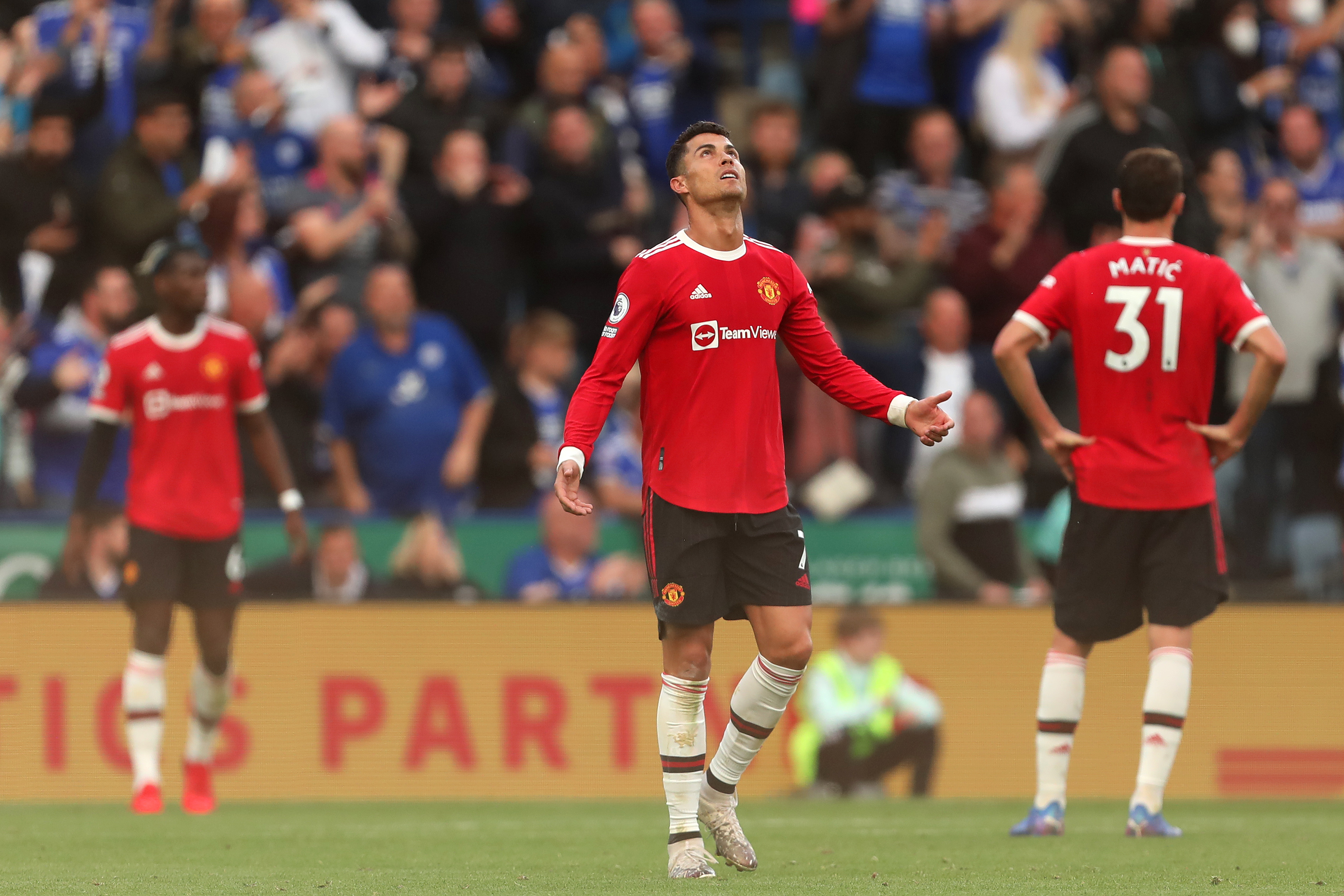 Harry Maguire’s header was pounced on by sub Patson Daka who drilled in a shot which De Gea blocked with his feet.

And the Turkish defender slammed the loose ball home.

Solskjaer’s decision to send on comeback striker Marcus Rashford had an instant pay-off when the England striker scored on his first outing of the seaso, outstripping Leicester’s spreadeagled defence before expertly beating Schmeichel.

At that point United would have probably settled for a share of the spoils. But Rodgers’ men had other ideas.

Vardy hammered home the latest in a long line of brilliant strikes to leave De Gea helpless, before Daka put the icing on the cake with a close range finish to grab his first ever Premier League goal.

United will be alarmed by this defeat and manner in which they ran up the white flag at the end with some dismal defending their undoing.

Last season Solskjaer’s men only won once in eight attempts against their top five rivals.

This was their first test of the season against one of those teams and they flunked the test again!

With Liverpool, Manchester City and Chelsea to come in the next 45 days Solskjaer has to demand more steel from his side.