TEEMU PUKKI is such a star in Finland he has a cocktail named after him — and parties held in his honour.

And the striker is surely going to be responsible for quite a few hangovers over the coming months. 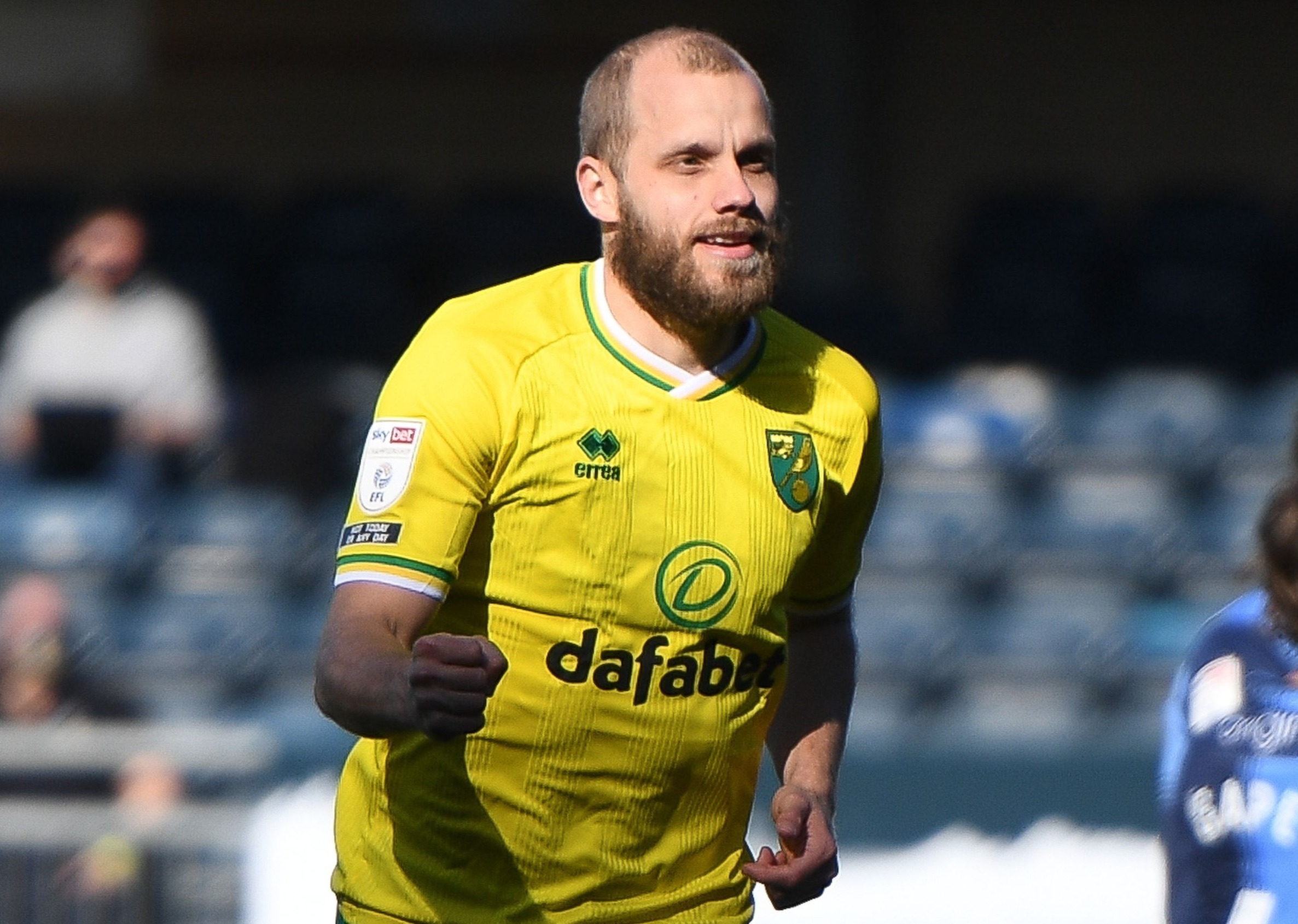 Teemu Pukki is hoping to be responsible for a few hangovers over the coming monthsCredit: Rex 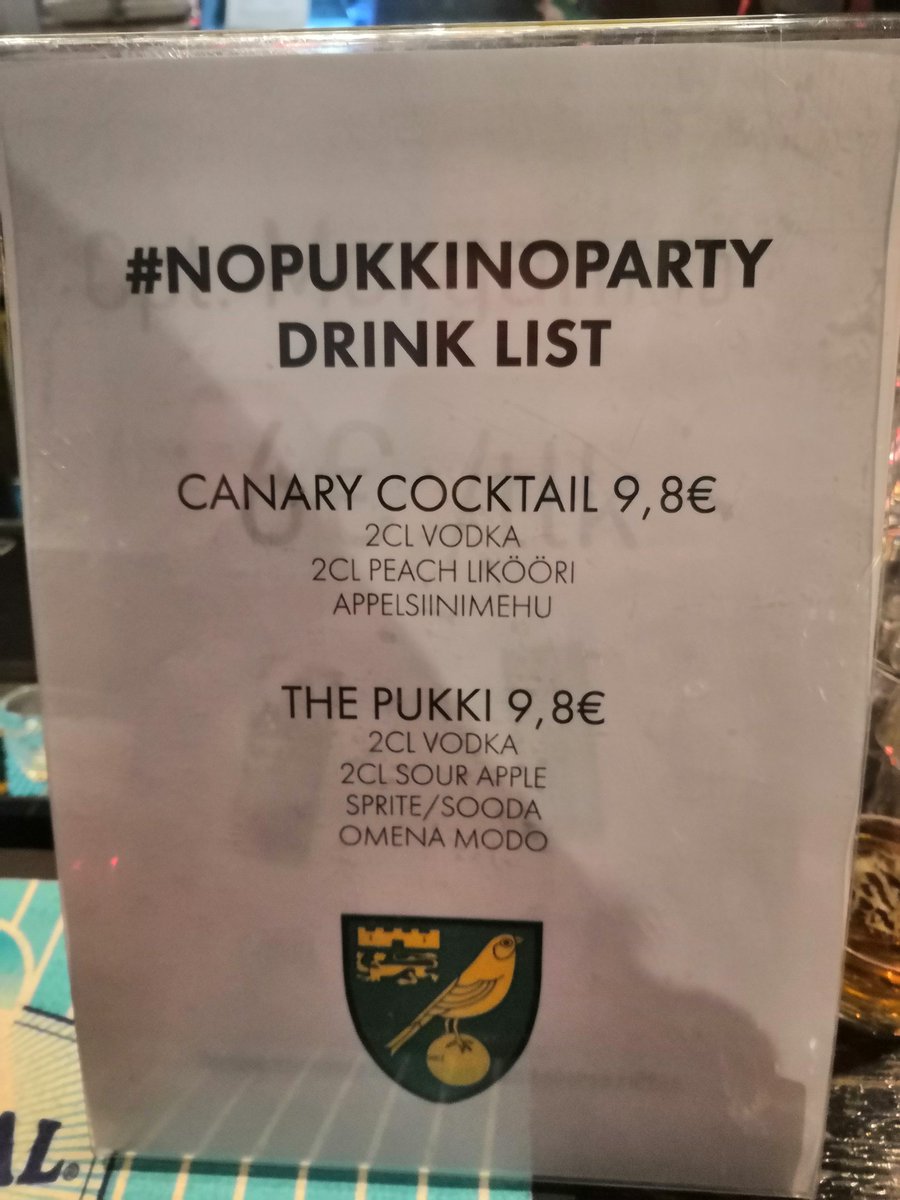 The Norwich star has cocktails named after him back in FinlandCredit: Supplied

First, he looks certain to help shoot Norwich back into the Premier League and then lead the hopes of his nation in this summer’s Euros.

So cocktails all round.

‘The Pukki’ consists of Finnish vodka, sour apple liqueur, apple puree and lemonade — while ‘The Canary’ is vodka, peach liqueur and orange juice.

And Norwich were selling them for ten Euros at a ‘Pukki Party’ they staged in Helsinki to celebrate Finland’s qualification to the Euros for the first time in their history.

Pukki laughed: “I bet it was great to drink that day and they sold loads.”

So the burning question is what would the Canaries striker drink at a ‘Pukki Party’?

He said: “Well, now isn’t the time for drinks — but I prefer Finnish beer.”

And no Canaries fan will begrudge him a few pints at the end of the season where he has rediscovered his scoring boots.

Pukki has 24 goals so far this season and will today hope to help Norwich set a club-record TEN  league wins in a row when they host Blackburn.

In the nine straight wins,  a club-record for all competitions, he has fired 11 goals, which is a big contrast from the end of last season where he failed to net in his final 15 games as the Canaries were relegated from the Prem.

And the striker, 30, admits the postponement of the Euros from last summer is  a blessing in disguise as he is in far better form.

He said: “It’s been my biggest dream to play in a major tournament so I want to be the best possible me for that.

“Last January in the Premier League I converted a couple of penalties against Bournemouth and Tottenham but after that didn’t score.

“At the time, the target was to stay in the Premier League and be the best I could be, but neither was happening.

“I wouldn’t say I felt good when the Euros were cancelled but actually now, looking back, it’s worked out well because I feel more ready for those games than I was last year.

“When you don’t score goals as a striker, it’s never easy. So I have had that extra year to get better and improve my confidence level.”

Pukki has hit peak form at the right time in a season that has parallels with Norwich’s historic 1985-86 season when they won the old second division title and promotion to the top flight. 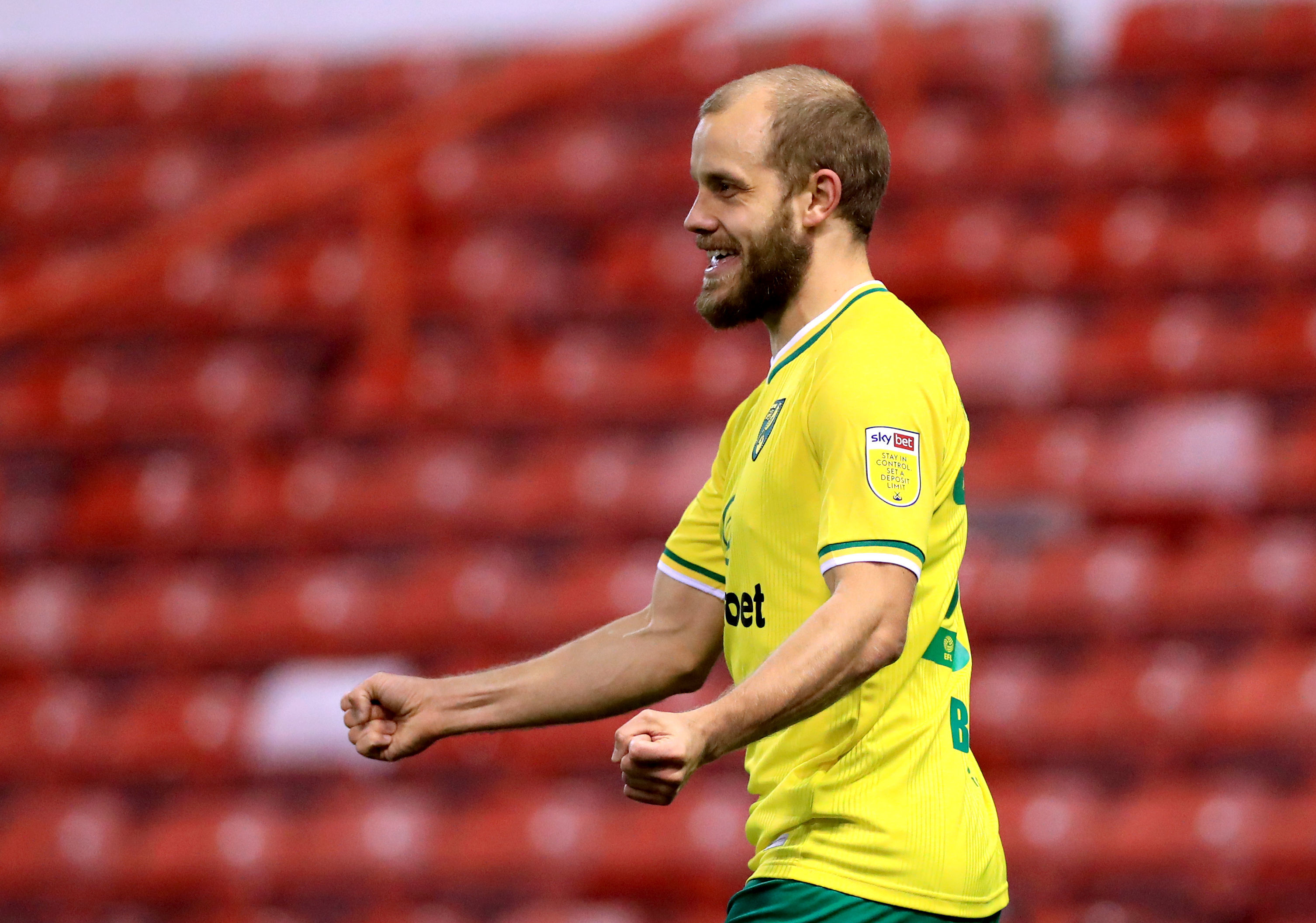 Pukki is hoping to fire Norwich back into the Premier LeagueCredit: PA

City have done things slightly differently in the Championship this season to two years ago when they last went up.

But, on the flip side, they had conceded 47 goals in those games while this time they have let in a miserly 26 and are seven points better off.

After conceding 75 goals in the Prem last season, Pukki admits that area had to be improved upon — and lessons must be learned if the Canaries are to be more successful in the top flight.

He said: “We need to be more balanced between attack and defence. In the Premier League, if you make even a small mistake, the teams are that good they will punish you.

“So that is what I learned most last year.

“But also if you don’t take your chances, it’s hard to win games because the level is so good. So we’ve this season found more balance in our way of playing.”

Pukki believes the difference to the defending and scoring stats this season compared to the last time in the Championship is also down to the way opponents play Norwich now.

He said: “We want to score as many goals as we can but the teams prepare to play a different way against us than last time.

“There are many sides that just try to defend so it’s been a different season based on that.” 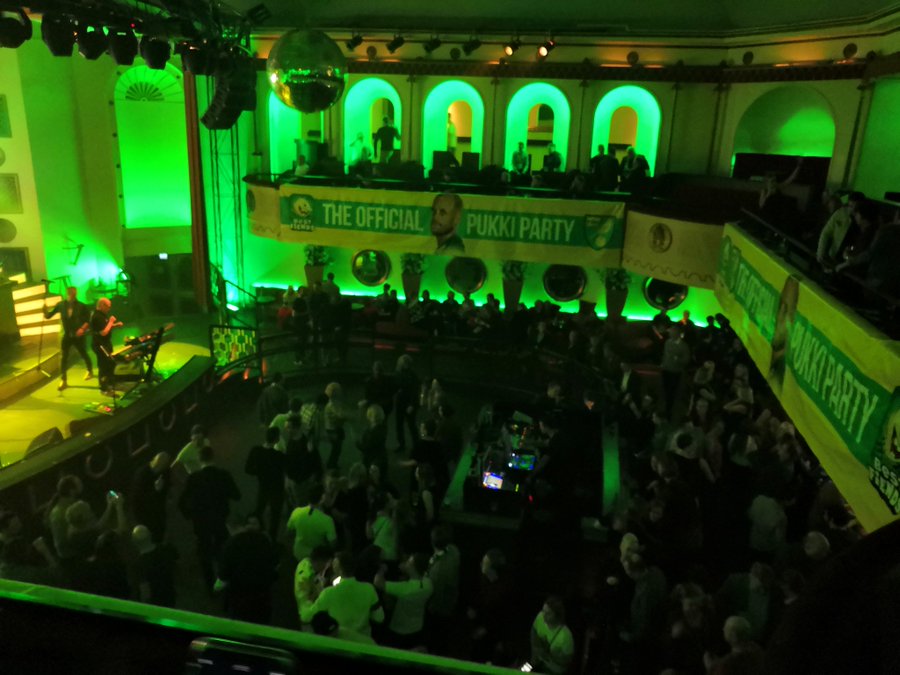 Norwich fans will be hoping for a huge Pukki Party this summerCredit: Norwich FC

He said: “Having the right balance has come naturally for us. We’ve had good additions to our team — people like Ben Gibson have been unbelievably good in the midfield so that has helped.

“Him and Skipp have kept a lot of opponents quiet. When you watch Skipp play, you don’t realise how young he is. He looks like he’s been around for a long time. He is an unbelievable talent.”

Pukki has enjoyed how Norwich have exploited his fame in Finland to reach out to new fans.

The party held at the Apollo Live Club sold cocktails AND club merchandise.

And the Finn said: “It’s remarkable what Norwich have done in Finland. They were quite big in selling shirts and all the  Norwich stuff.

“It was good for Norwich — they have a lot of Finnish fans.

“The day we qualified for the Euros will stay with me for the rest of my life and it’s great what Norwich did that day because it was such a big day for Finnish football.

“When the club opened a small shop selling shirts, the queues were huge. It meant a lot. These kinds of things help increase the profile of football in my country.”