DANIEL FARKE has been told his job is safe – despite Norwich being on course to become the worst Premier League team ever.

The Canaries are without a win in the first nine games – with just two points secured and two goals scored – with Saturday’s 7-0 humiliation at Chelsea a low point.

Daniel Farke has been given a vote of confidence by NorwichCredit: AFP 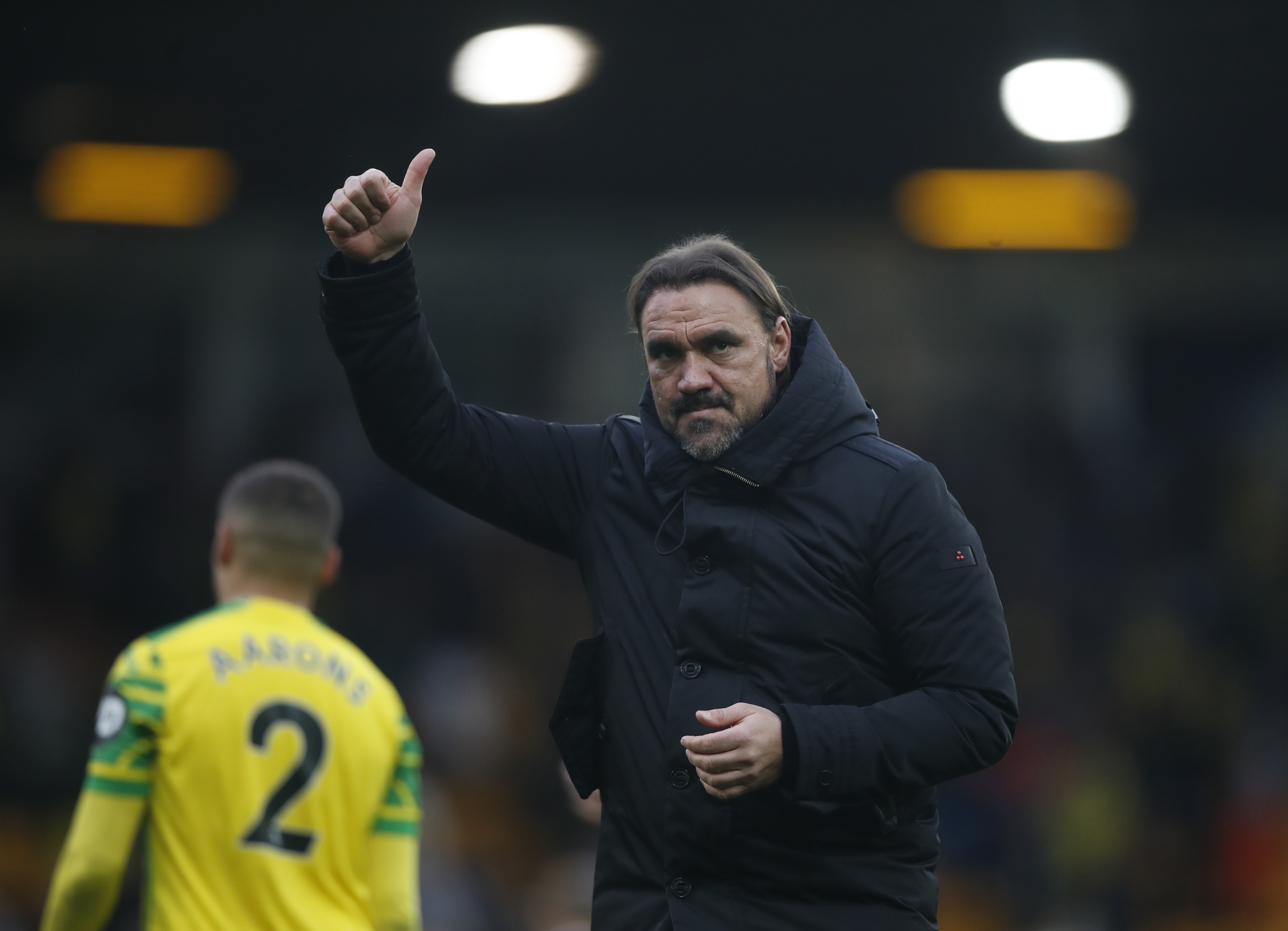 The Canaries are still winless after nine matches in the Premier LeagueCredit: Reuters

Sporting director Stuart Webber, whose team host fellow strugglers Leeds on Sunday, said: “Daniel and the guys have been here for about 210 matches.

“And we’ve had bad spells, and we’ve had incredibly good spells within that. And I think as a club, it’s important that we stay level and we understand the bigger picture.

“It’s about supporting and being together and trying to get through this not finger pointing or putting a game on people.

“We could be absolutely rubbish and beat Leeds on the weekend, we could be brilliant, hit the bar five times and lose one nil. And what do you do, then?

“We can’t be setting targets that someone’s got a game left or two games left 10 games left, a season left, two seasons left.

“We are fully committed to Daniel – that’s why we give him a four year contract in the summer. The work he’s done at this club has been beyond incredible.

“To be questioning, Daniel, at this point, I think would be incredibly unfair.

“I think even if you asked Daniel, are we happy at the minute? Of course not none of us are. “It’s unacceptable. What happened on Saturday and it’s unacceptable in terms of our points return.”

Norwich’s players were given a rollocking by Farke after the loss to Chelsea.

Webber added: “We play in the best League in the world and it is a privilege for Daniel to go up against Thomas Tuchel or Marcelo Bielsa.

“I said to the staff if we don’t want that, let’s ring up West Brom and see if they want another go and we will p**s off back to the Championship and play Peterborough.

“Or we can come into this League and prove we are good enough.”