And the Carrow Road side are also looking into racist comments made on social media by Canaries supporters targeting their own stars.

Norwich are investigating after racist abuse was directed at their own and Crystal Palace players on Tuesday by Canaries fans (general picture)Credit: Getty 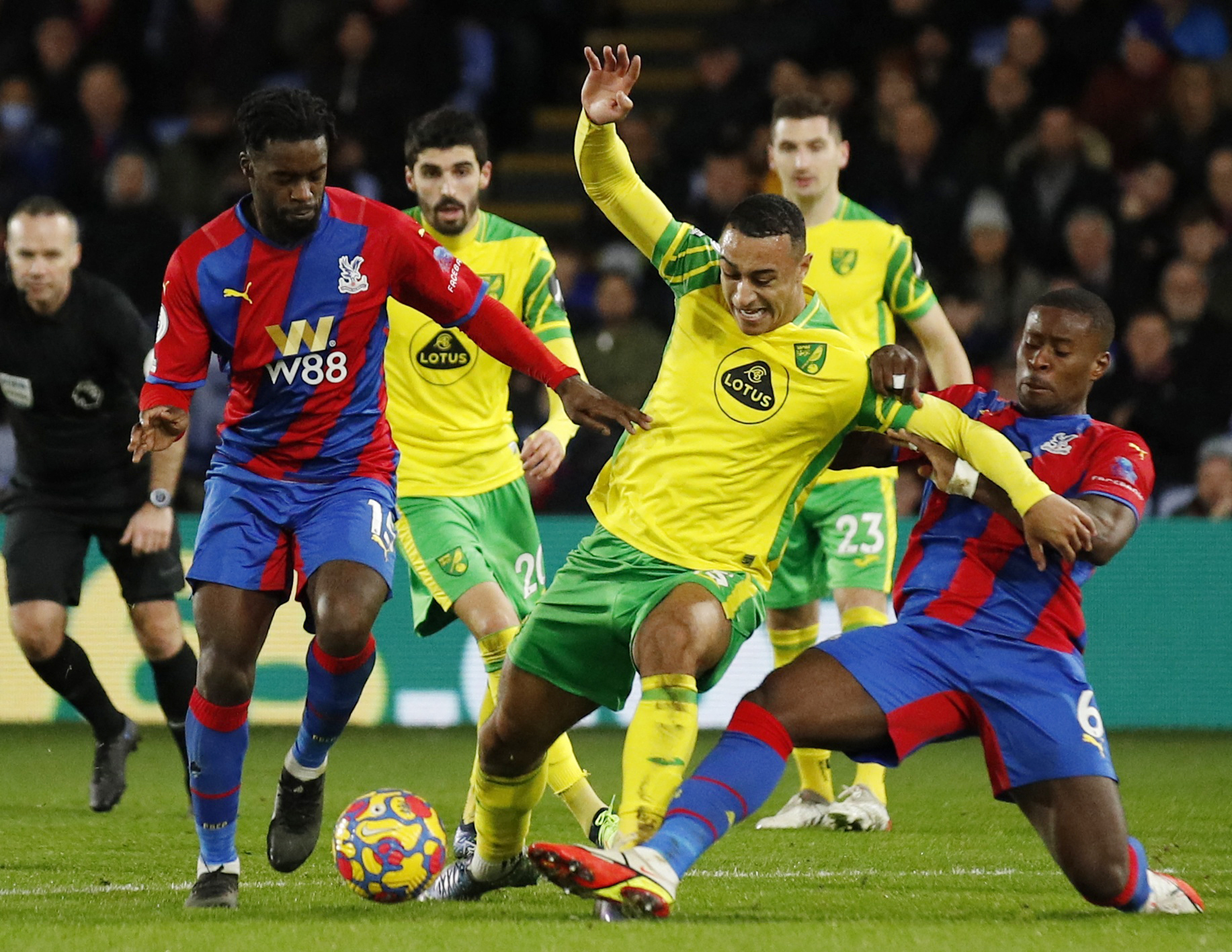 Dean Smith’s side lost 3-0 at Selhurst Park as their torrid run of form continuedCredit: Reuters

Norwich were thumped 3-0 by the Eagles on Tuesday as their hopes of avoiding relegation took another dent.

But in more important matters, the club are now probing the claims racism targeted at both sets of players in the ground and online.

“Such behaviour is not welcome in following and supporting Norwich City.

“The club will continue to support those players affected, whilst demanding action from social media companies to ensure that users are held accountable for their unacceptable behaviour.

“The club have also reported the incident to Norfolk Police.

“An individual has also been identified and an investigation is ongoing following the alleged racist comments directed at Crystal Palace’s players.

“No player, whether our player or an opposition player, should be subject to this type of abuse.

“All at Norwich City will continue to do everything we can to eradicate all forms of unlawful discrimination from the game.

“Where identified, the club will support and impose the strongest possible sanctions against perpetrators of this behaviour.”

In October, SunSport revealed reports of racism in English football were up by more than 50 PER CENT this season.

Anti-racism charity Kick It Out had received “just over 50 per cent” more cases compared to when stadia were last full in the pre-pandemic 2019-20 season.

The news came after Simon Silwood became the first fan to be jailed over online abuse of a player, West Brom’s Romaine Sawyers.