ISAAC HAYDEN was left in agony after suffering a freak injury during Newcastle’s 3-0 defeat at Brighton.

Towards the end of the first-half on Saturday night, Yves Bissouma fell into the midfielder and was clearly distraught by the outcome of the accidental collision. 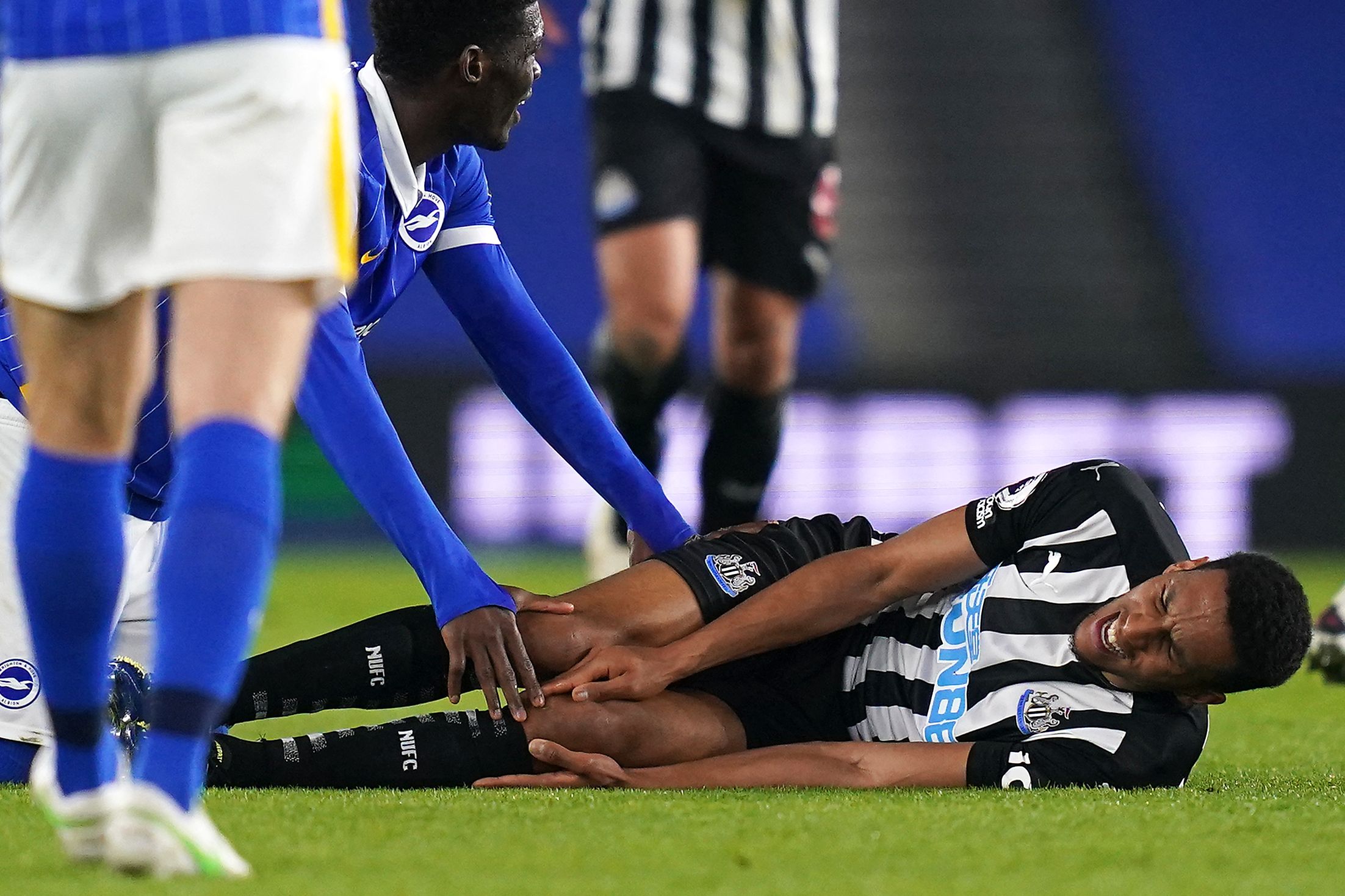 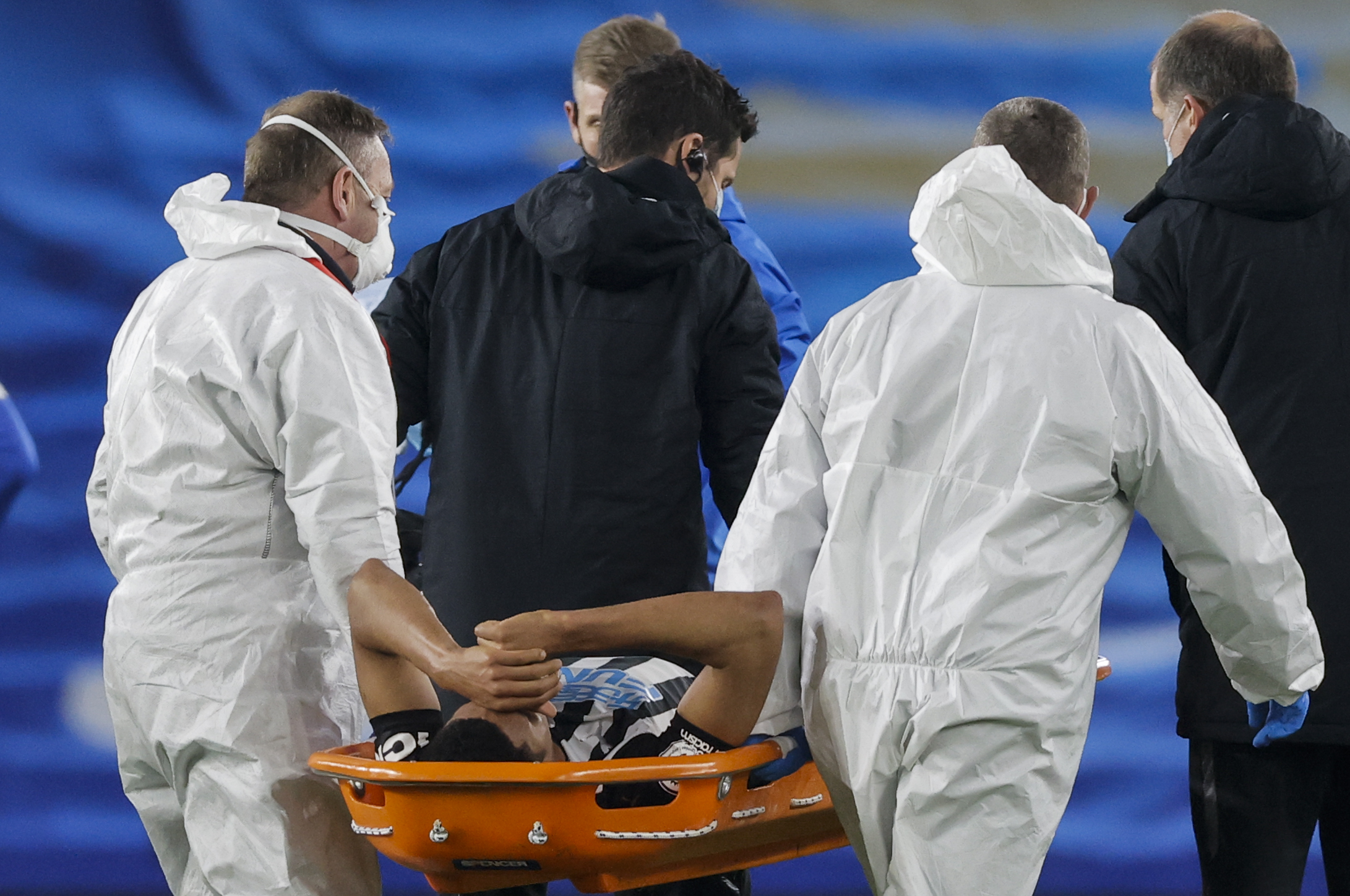 Medics treated the midfielder for six minutes before he was carried off on a stretcherCredit: Guardian News & Media / Free to use by all titles in perpetuity under NMC agreement

The Brighton star quickly called for medics to treat the stricken Toon player.

Hayden, 25, was noticeably in some pain with his left leg planted as it took the impact.

Treated on the pitch for six minutes, he was taken off on a stretcher and replaced by Jeff Hendrick.

The first-half played on deep into stoppage time, which saw Brighton take the lead through Leandro Trossard. 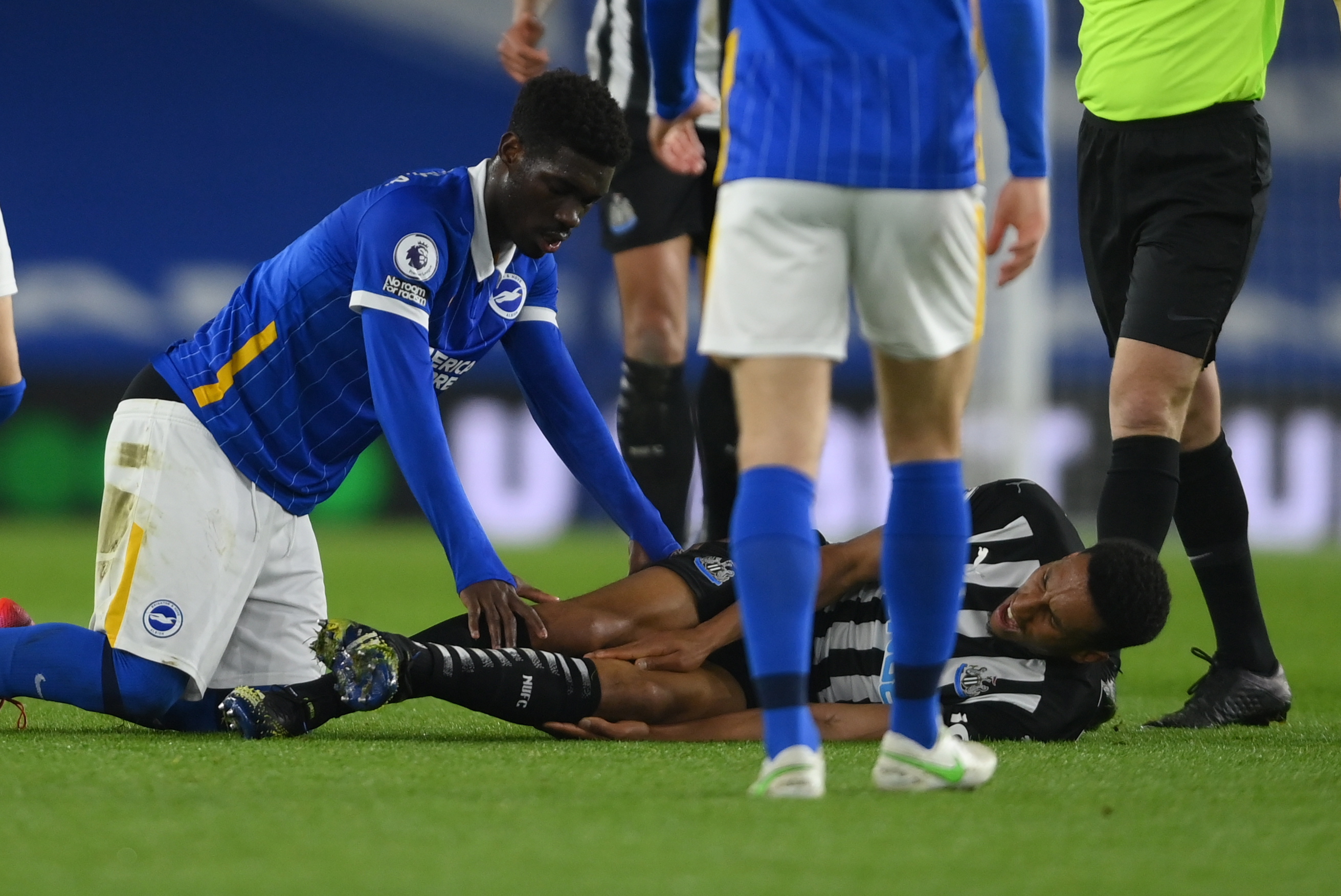 Yves Bissouma immediately attended to his opponent after the accidental collisionCredit: EPA 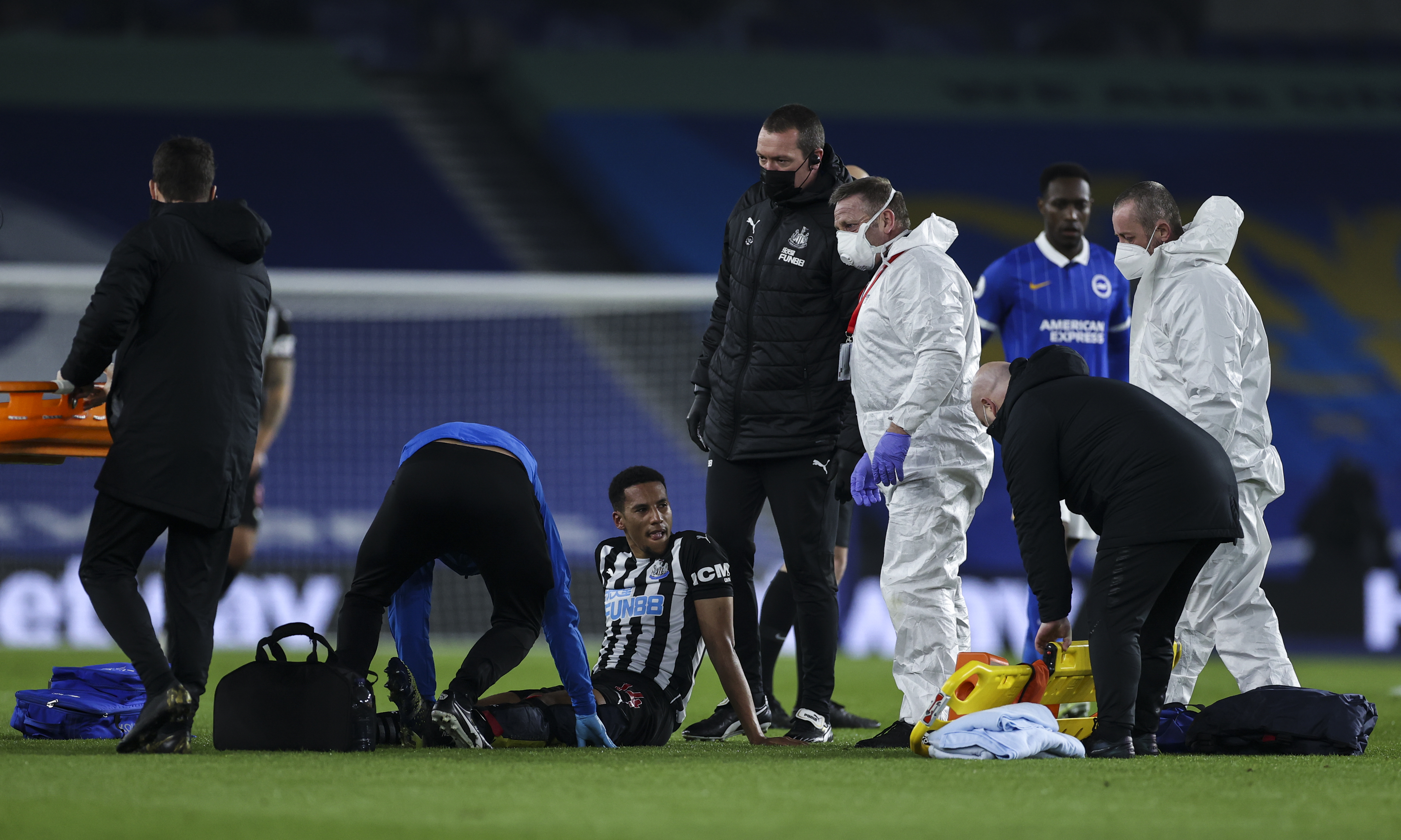 Hayden was at least able to sit up before being taken offCredit: Eddie Keogh Telegraph Media Group

Speaking after the match, manager Steve Bruce told Sky Sports that Hayden will soon have a scan on his knee.

He admitted the situation ‘doesn’t look too good’ as they await the diagnosis on the extent of the injury.

Former Arsenal youngster Hayden signed for Newcastle in 2016 and has been a regular in the Magpies squad since.

This season, he has appeared 27 times as the club fights relegation.

Second-half goals from Danny Welbeck and Neal Maupay earned Brighton a huge win in the scrap for survival.

Bruce’s side were left two points above the drop zone, with a game in hand over 18th-placed Fulham.

Newcastle were already dealing with key injuries to Callum Wilson and Allan Saint-Maximin, who should return after the international break.

Fabian Schar is also out with a long-term knee injury.