The couple, both part of the club’s new owners group were seen entering the Magpies’ training ground and greeting players, including Allan Saint-Maximin.

Staveley, who is chief executive of PCP Capital Partners and a lead figure in the takeover of the Tyneside giants, was shown around the club’s training set-up with Ghodoussi.

But while the pair were seen greeting a few players including skipper Jamal Lascelles and goalkeeper Martin Dubravka, manager Bruce was conspicuously absent.

It has been reported the Newcastle-born boss was due to take charge of his 1,000th game when the club host Tottenham at St James’ Park on Sunday.

But it is claimed his assistant coach Graeme Jones is more likely to be put in temporary charge instead.

And reports suggest Brendan Rodgers, Graham Potter and Steven Gerrard are being eyed as possible replacements should Bruce be sacked.

Staveley, who is part of the club’s new board, owns of 10 per cent of Newcastle shares.

And the Saudi Arabian Public Investment Fund are in control of 80 per cent of the club’s remaining shares.

The Yorkshire-born business women sits on the club’s board with Jamie Reuben of Reuben Brothers, a private equity firm that owns the outstanding 10 per cent of the Premier League side.

Newcastle’s first-team players had come back to the club’s training ground after three days off.

And during their filmed visit Staveley and Ghodoussi can also be seen shaking hands with Argentinian centre-back Federico Fernandez before going on to chat with backroom staff. 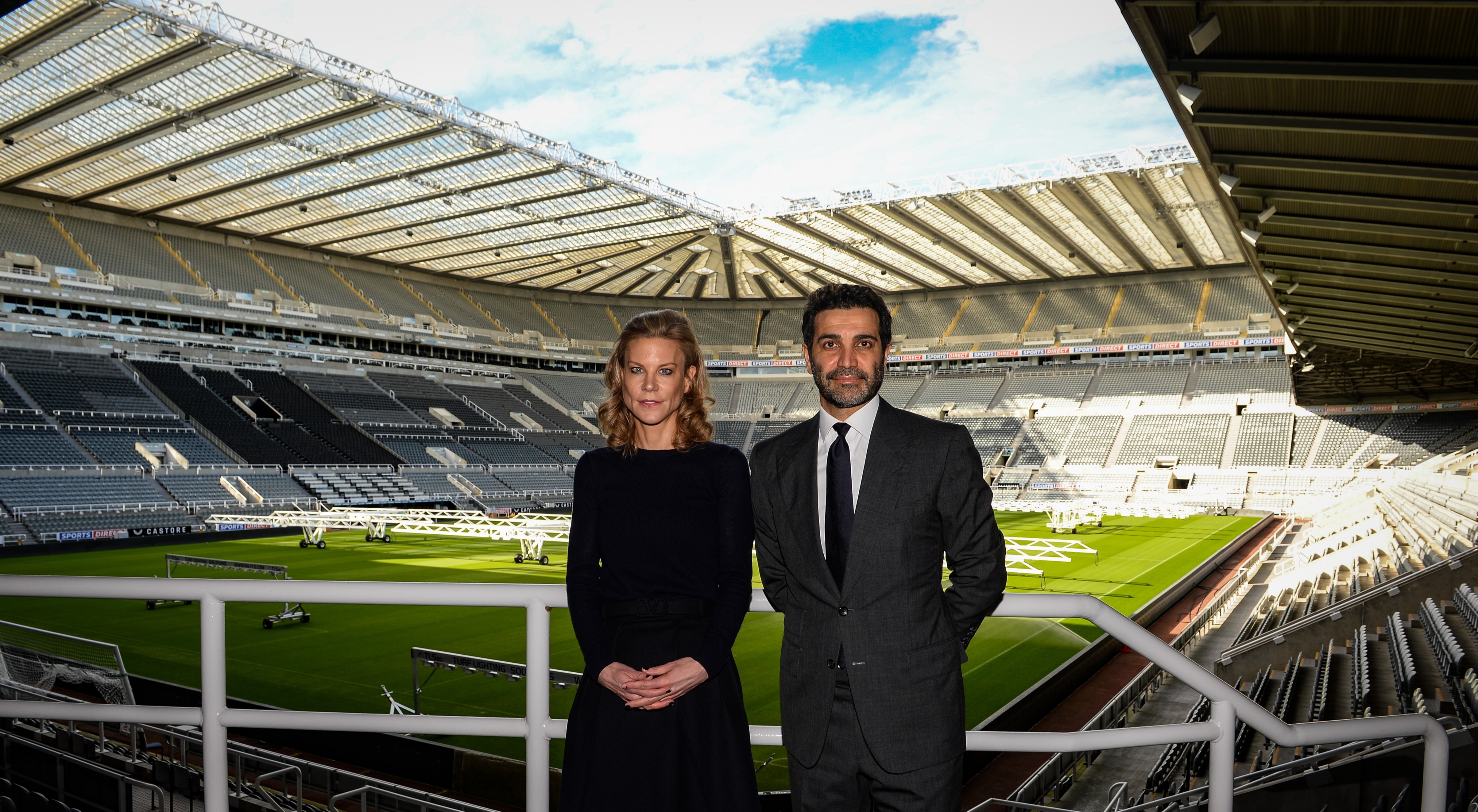 The club’s new owners have brought in ex-Liverpool transfer expert Frank McParland to advise them on transfers.

A budget of around £30million is thought to have been put together to help the Toons avoid the drop.

It is rumoured Barcelona’s Philippe Coutinho is among the top transfer targets for the club’s PIF owners’ group.

Roberto Mancini would be ‘ideal’ new Newcastle manager as he has experience to manage new projects, says Trevor Sinclair