TO THE surprise of pretty much nobody, Joan Laporta is the new club president of Barcelona.

Laporta, 58, won more than half the votes, trouncing his two rivals for the gig. 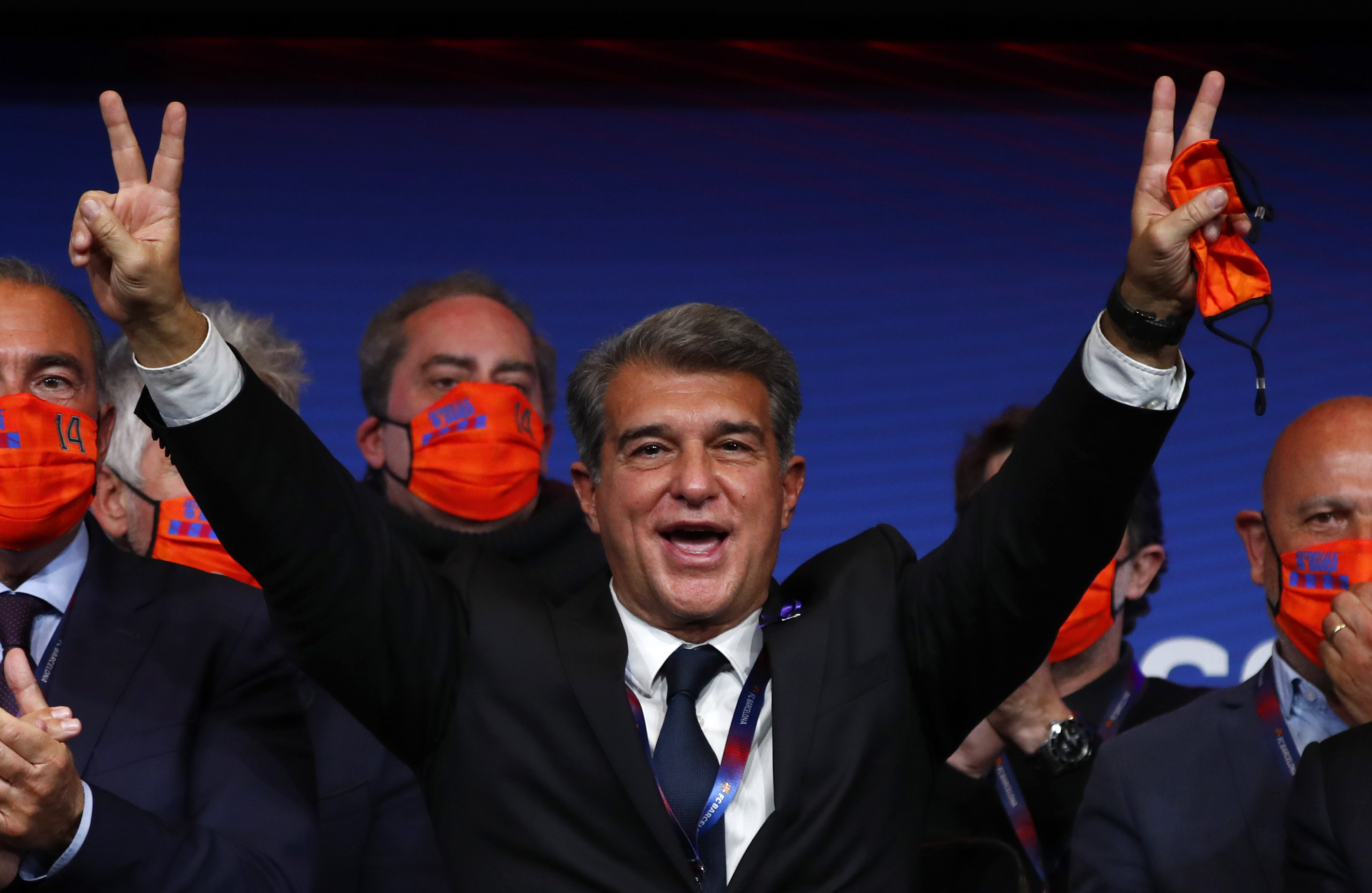 Joan Laporta is back in charge of LaLiga giants BarcelonaCredit: AP:Associated Press

One of those secret votes for Laporta, I would bet a brand new pair of size 10 football boots, was from Lionel Messi. He happily posed for the camera’s yesterday as he dropped his vote in the box at the Camp Nou with his eight year-old boy, Thiago.

And that’s the most pressing task in Laporta’s in-tray – to make sure the club keep hold of their talisman and legend.

Barca’s skipper will be 34 in June, an age many a football war horse has been put out to pasture or left to graze gently in lower leagues. But Messi is teetotal, eats efficiently, trains well and is as fit as a prize fighter.

Plus, most important of all, he still has the belly for it. He still wants to win and is crushed whenever he loses.

Tom Brady won his seventh Super Bowl at the age of 43 and plans to keep going past 45. By those standards, Messi could have a decade or more left to run.

Of course, Mess is not quite the player he was when he first made his debut the last time Laporta ran things around here, but he’s still often the best player on the pitch.

Laporta has negotiated Messi‘s contracts several times before. He was elected president the first time in 2003, the same year Messi made his first-team debut as a 16 year-old.

Barca went on to win LaLiga four times under Laporta’s reign and the Champions League twice. He lifted Pep Guardiola up from managing the B team and put him in charge of the first team – which included other future club legends; Andres Iniesta, Xavi, Carles Puyol. The list goes on. 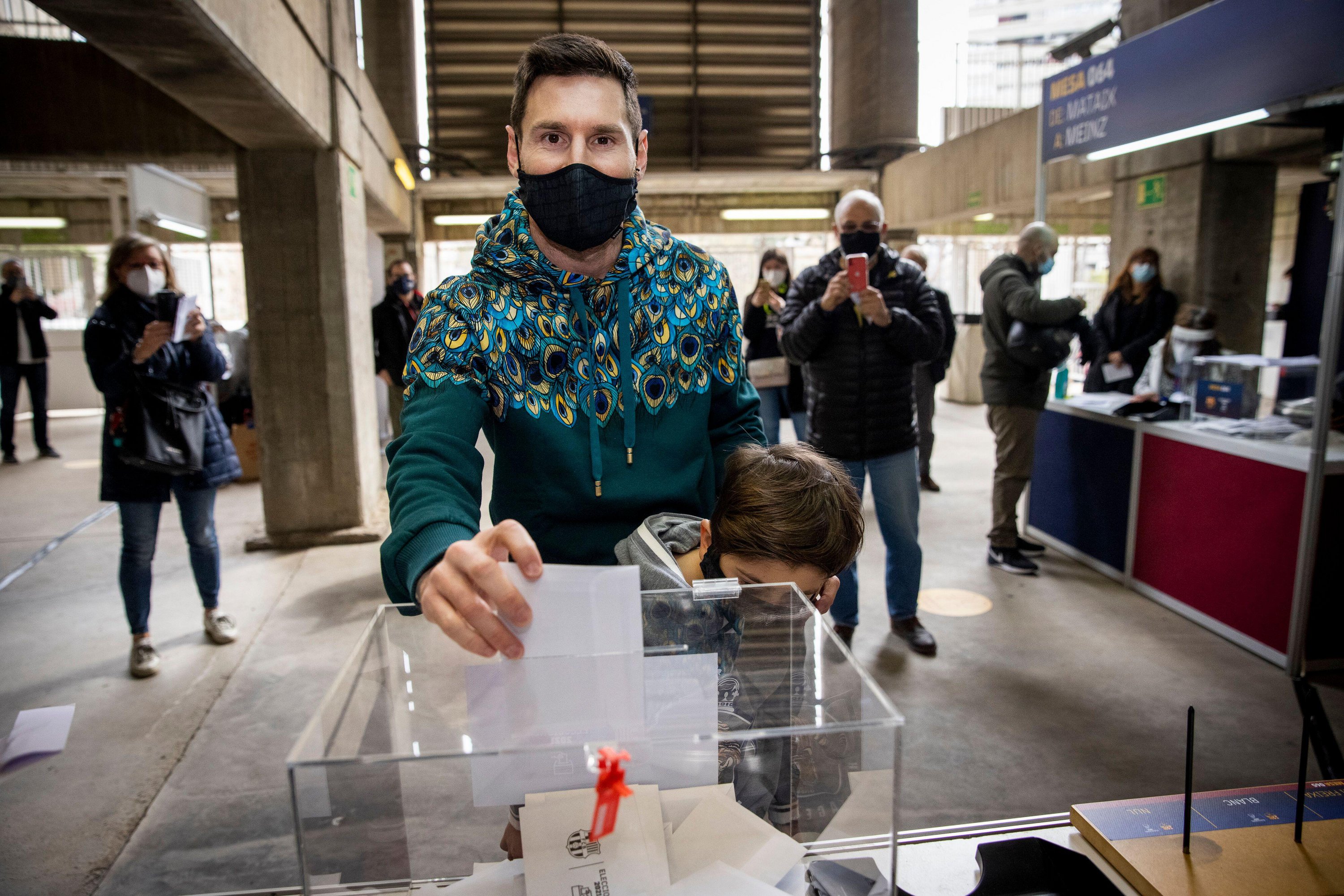 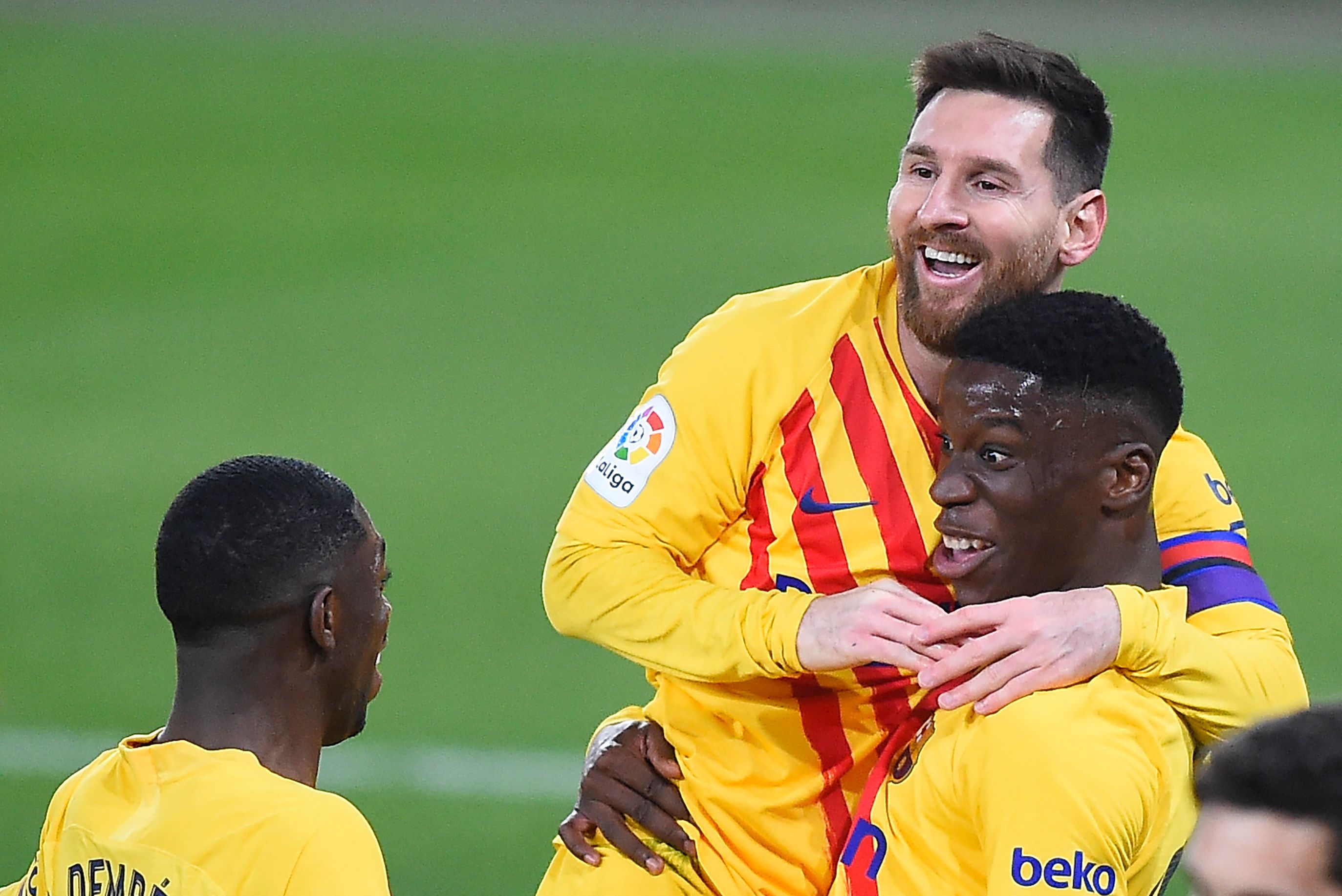 The Argentine is still key to Barcelona’s future, as are academy prospects such as Ilaix Moriba (right)Credit: AFP OR LICENSORS

This time for Messi, it’s not about the money. He earns £584,000… every week. It’s about stability and ambition and, maybe, longevity.

It’s about the club not being anything like the basket case it has been recently under Laporta’s predecessor Josep Maria Bartomeu, who was arrested last week on fraud charges – four months after resigning as president.

Messi likes to have a pet player around the place, but his best friend Luis Suarez joined Atletico Madrid in the summer for free. And it could be that another close personal friend of Messi’s could be about to take his place, Manchester City’s Sergio Aguero can also leave this summer on a freebie.

As he enjoyed a glass of champagne, Laporta said last night: “Seeing the best player in the world come out to vote today is a clear sign of what we keep saying.

“Leo loves Barca. I hope that is a sign that he will stay at Barcelona, which is what we all want.”

He’s probably on the phone to him right now, and the noises from the Messi side have always been favourable for Laporta, expect to see the customary contract signing snap sometime before this summer.

Right beside getting Messi to sign a fresh deal in Laporta’s in-tray sit Barca’s books.

And they’re a mess, a potential disaster even – the club is almost £1billion in debt and ‘on the verge of bankruptcy’. That’s almost the same amount they blew in five years on players that simply haven’t lived up to their price tags. 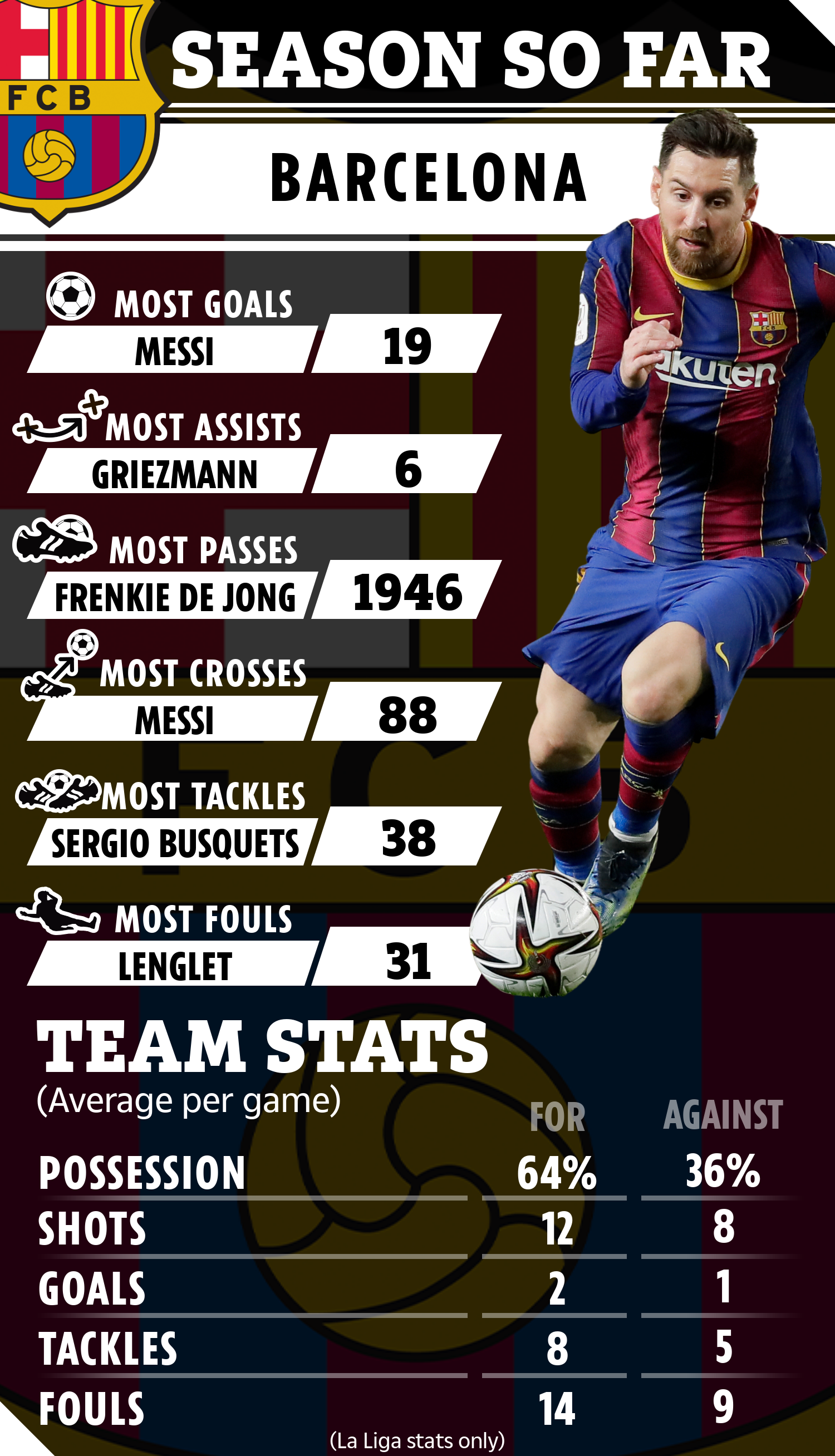 This is the main reason Messi’s contract cannot be about money. There isn’t any.

Barca is one of the biggest clubs in the world but the finances have been hit hard by the pandemic – and they were already in pretty bad shape beforehand. They’ve even had to shelve their ambitious revamp of the Camp Nou.

The club has been in freefall for months and months – years, even – stumbling from one crisis to the next under Bartomeu. But those days are gone, that era is done.

And there are green shoots growing tall from what had seemed to be scuffed and worn out turf.

Ilaix Moriba scored his debut goal for Barca in LaLiga against Osasuna on Saturday, the 18-year-old was only two when Messi won his first La Liga title. And then there’s Ansu Fati, also 18, who is expected back from a knee injury within the next month or so.

The side is finally stabilising under coach Ronald Koeman, a ‘Dream Team’ member from the Johann Cruyff era who Laporta seems keen on keeping at the helm. Another candidate had vowed to sack him and replace him with Xavi.

Barca are only three points behind leaders Atletico Madrid, who drew yesterday in the Madrid derby.

It will be a tall order to come back from their 1-4 defeat at home to PSG in the Champions League in their clash on Wednesday in Paris. Barca came back once before, though, in March 2017.

There’s hope. For Barca fans, there is now hope.