THE greatest trick the devil ever pulled was convincing the world he didn’t exist.

Leicester City successfully pulled off the same neat deceit in 2016 when Claudio Ranieri’s 5,000/1 Foxes strolled to the title – while we all waited for the usual suspects to overtake them in the home straight. 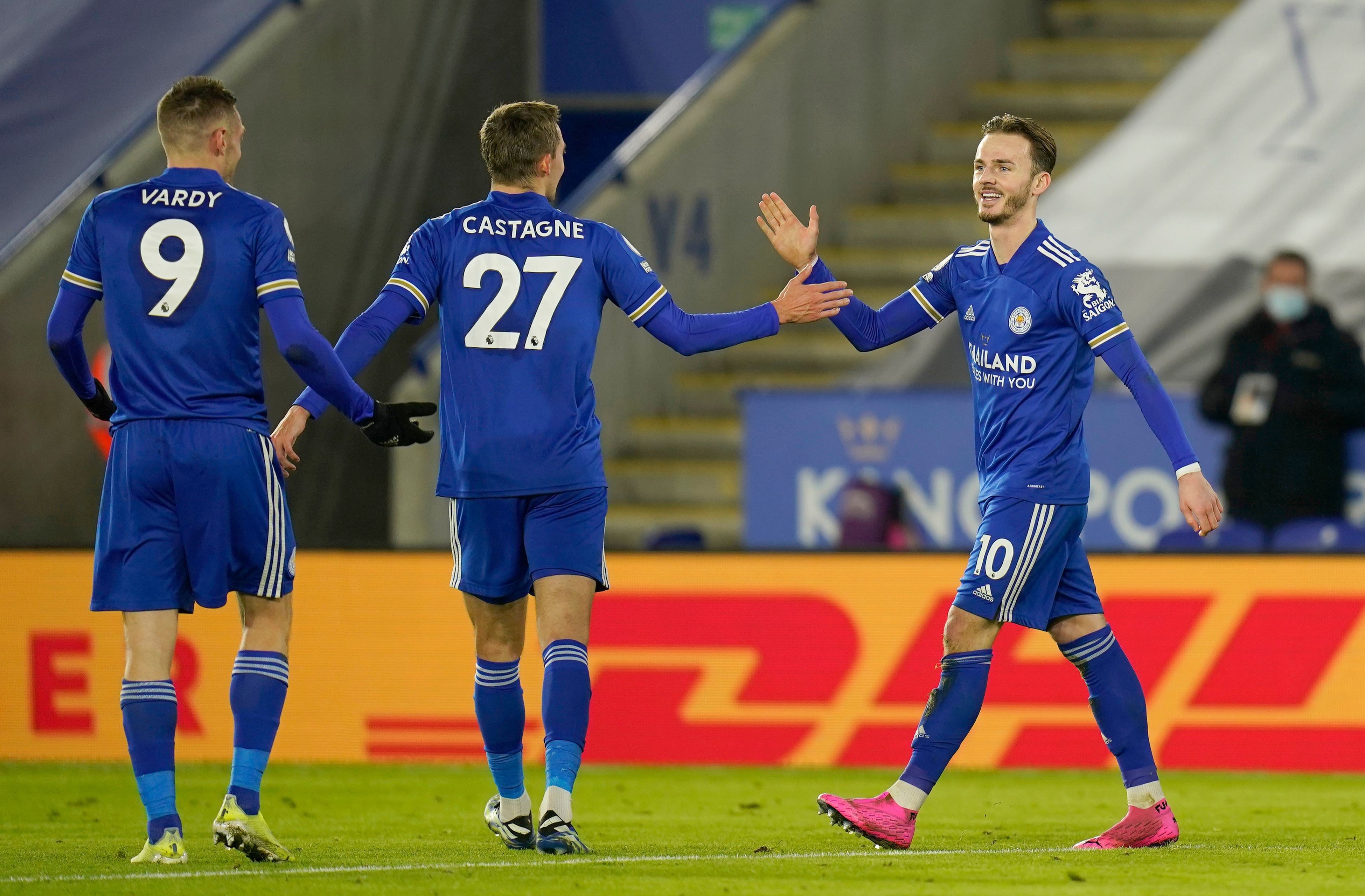 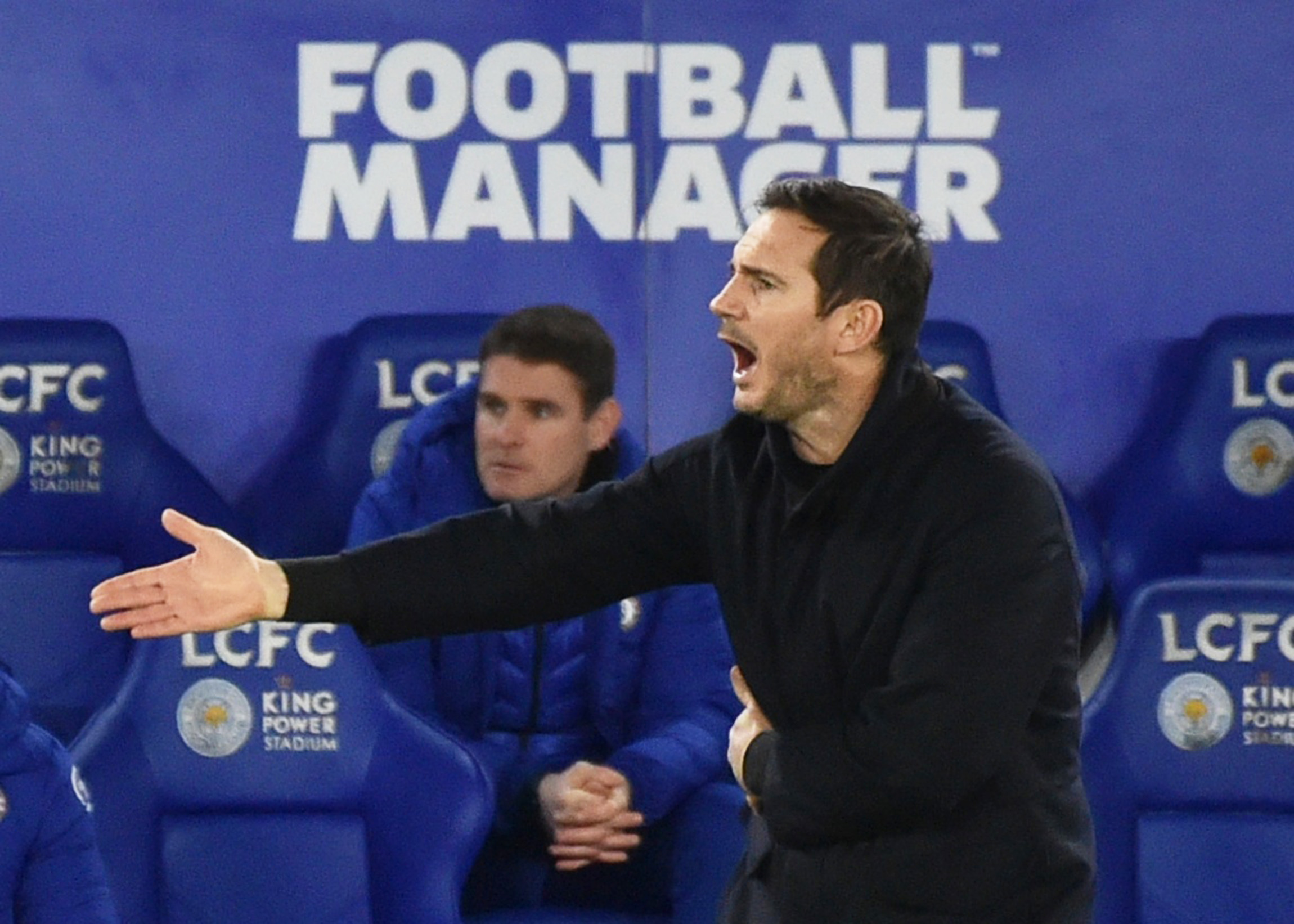 But Leicester’s bubble never burst and by the time their rivals woke up to the threat it was too late.

Fast forward five years and the cunning Foxes are being devilishly furtive again – in full view of everyone. But this time no-one is ignoring the team who sit proudly at the top of the Premier League.

Despite the hype when the Blues went top of the league in early December, Lampard’s men have crumbled under the pressure since then.

Don’t expect Leicester to suffer the same fate as they enter the second half of the season where they will relish the prospect of a rut with Liverpool and the Manchester giants.

First half goals from Wilfred Ndidi and James Maddison dismantled Chelsea, allowing Leicester to leapfrog City and United to take pole position for the first time since November.

Somehow the 2016 champions have managed to glide in under the radar again, despite cuffing Manchester City, Spurs, Arsenal and Leeds in their own backyards and swatting Chelsea aside.

The win also marked a personal milestone for Rodgers, who finally ended his Blues hoodoo by beating his former club for the first time in his 12th top flight meeting. 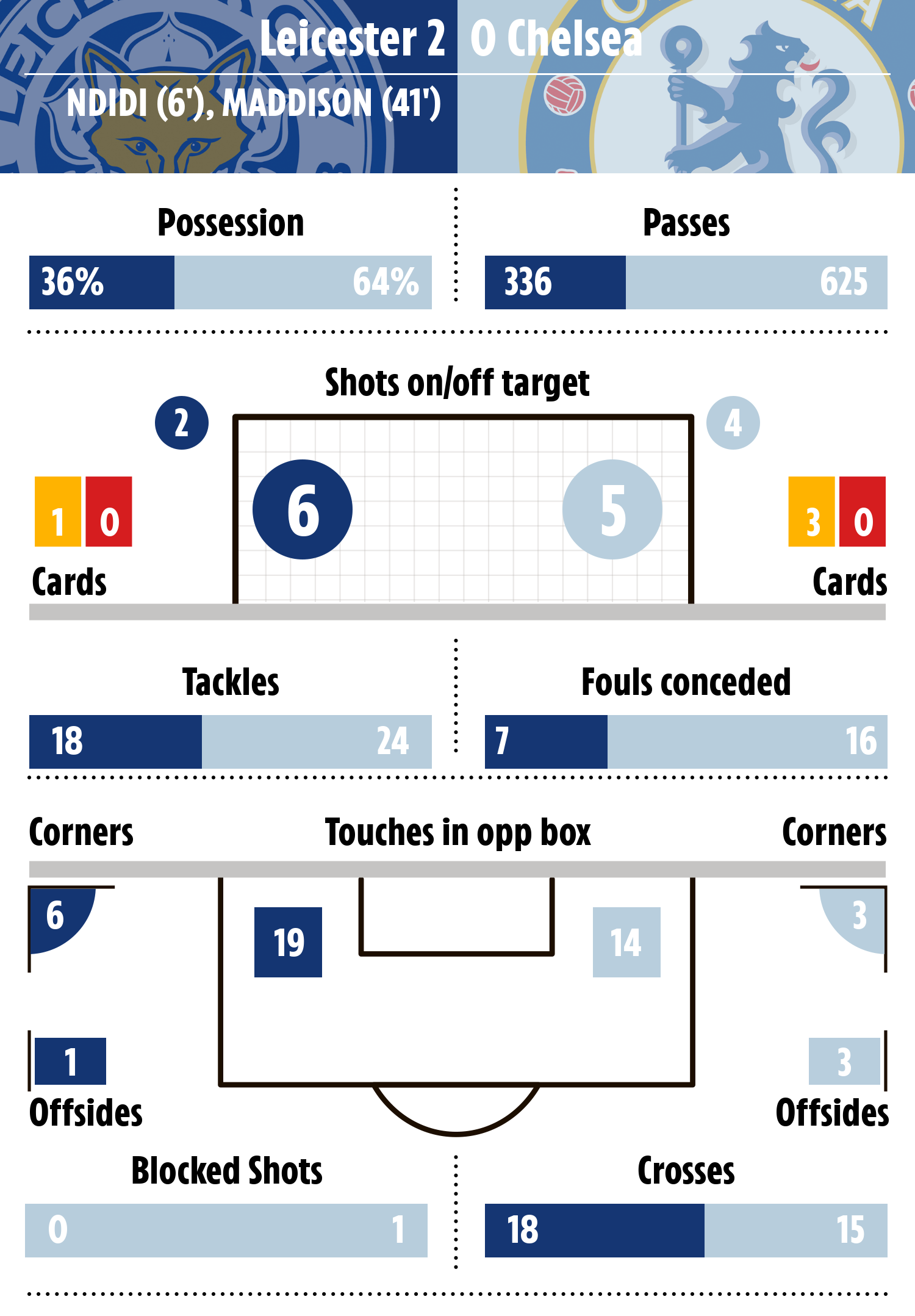 He has now beaten all 34 of the 34 clubs he has faced in the Premier League.

His young side, put together for a fraction of the cost of Chelsea’s, was a credit to him as they schooled their opponents and took just six minutes to open the scoring.

Marc Albrighton and Maddison worked a short corner and although Harvey Barnes had a clean air swipe at Albrighton’s cutback, the ball fell perfectly to Nididi.

The rangey midfielder sliced through the ball with his left foot and it flew in off Edouard Mendy’s right post from the edge of the box .

It was Ndidi’s first goal since he scored against Newcastle in September 2019 and it spooked the visitors, who almost fell further behind ten minutes later.

Timothy Castagne spun and twirled past a couple of feeble challenges before feeding Maddison 25 yards out and the Foxes midfielder lashed in a venomous shot which bounced off Chelsea’s bar with Mendy beaten.

The Blues were on the ropes and when Lampard raced to fetch the ball back at a throw-in his players looked as though they needed a swift injection of his enthusiasm.

Reece James tried to provide it with a snapshot which Kasper Schmeichel punched over, before the keeper then bizarrely used his fists again to keep out Thiago Silva’s header from Mason Mount’s corner. 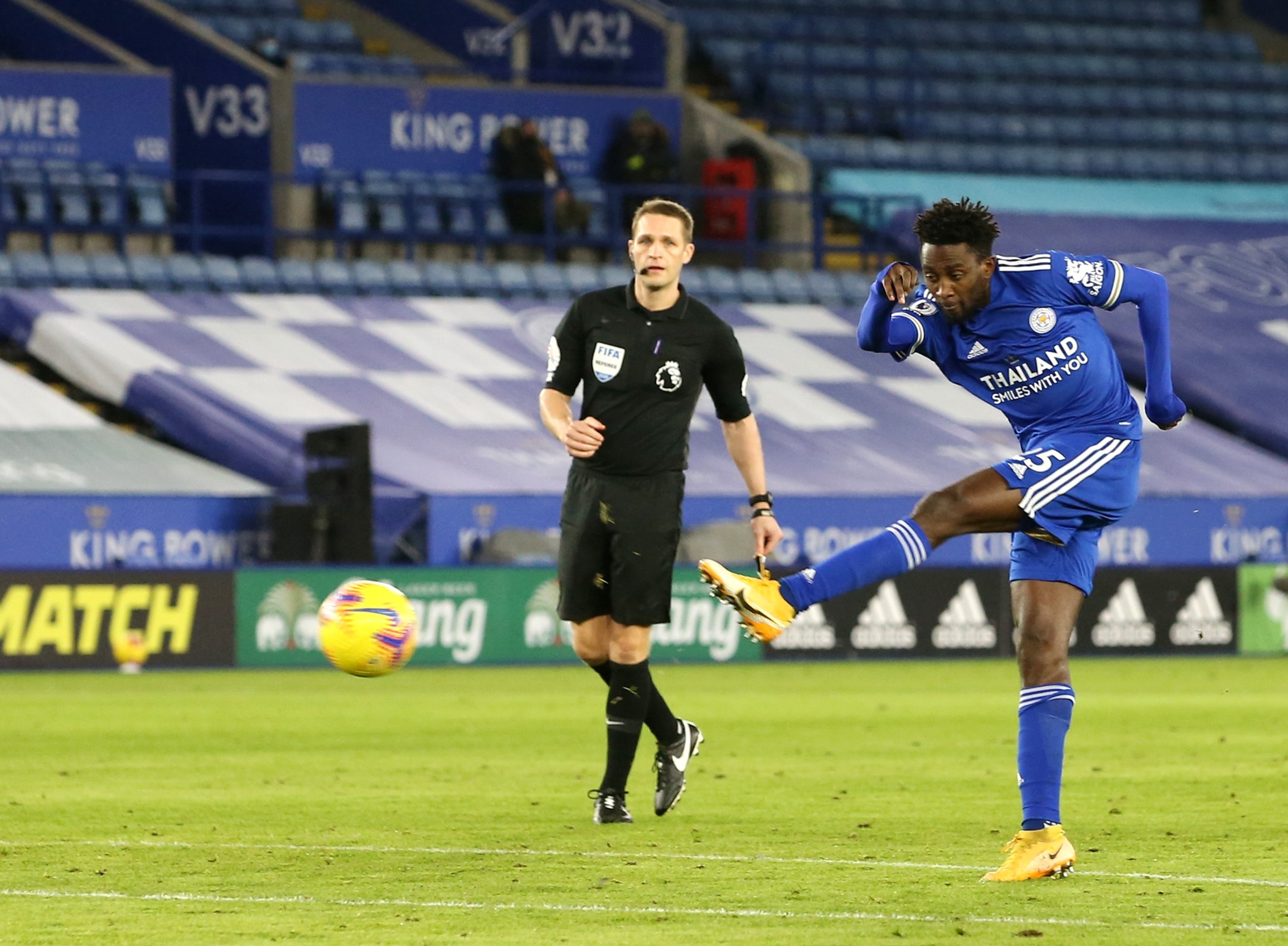 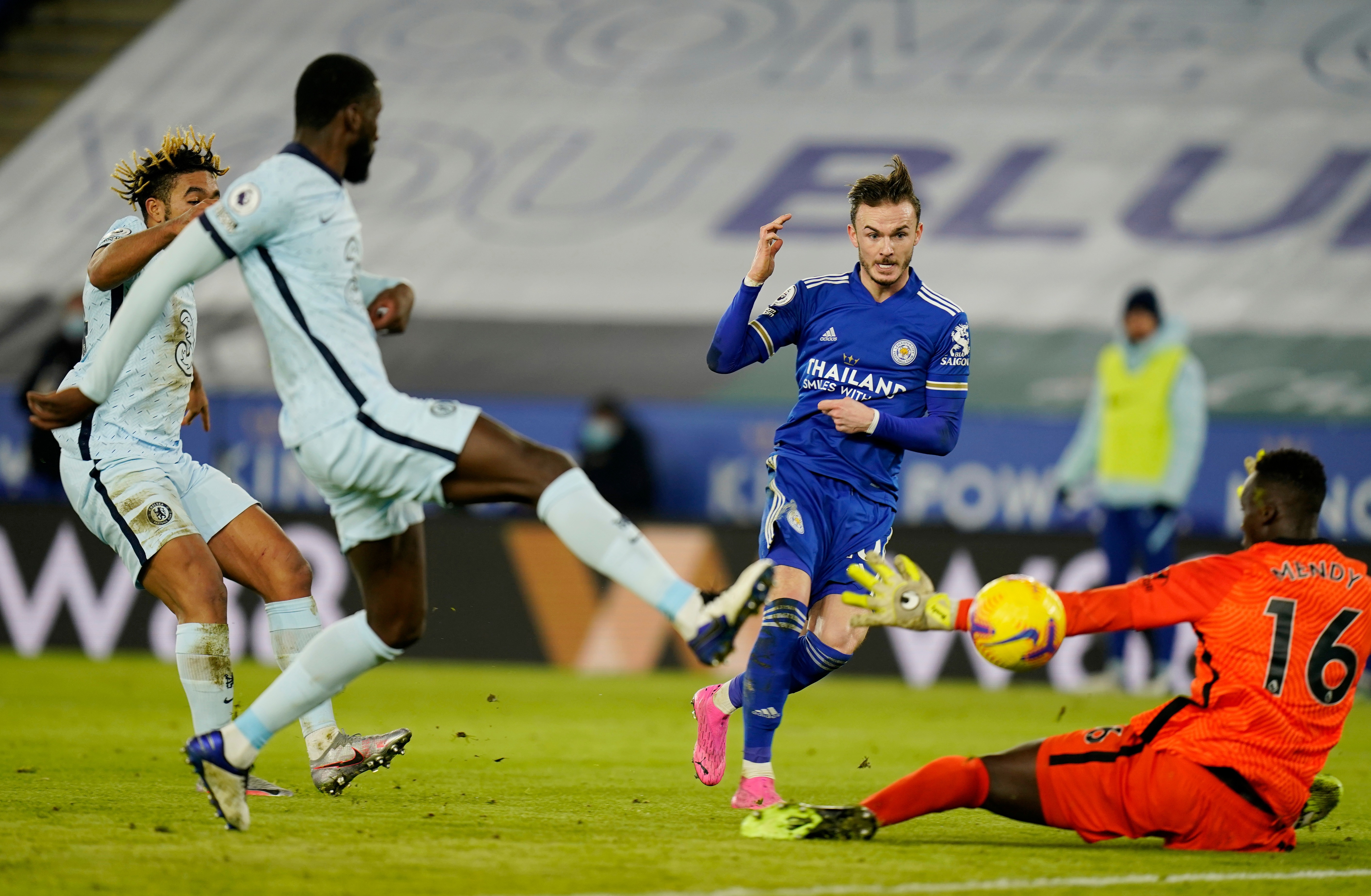 Albrighton then stung Mendy’s fingers with another rifled shot from 25 yards as the home side continued to turn the screw.

Kai Havertz was booked for hauling back Barnes as the England winger threatened to show him a clean pair of heels before Hudson Odoi wasted Chelsea’s best chance of the half.

He carelessly slammed his shot into the side netting after Pulisic sent him clear on Schmeichel – it summed up Chelsea, who continually took the wrong options.

Jamie Vardy had been a doubt with a hip injury but he was in his usual place and almost grabbed his usual goal when he raced onto Albrighton’s pass, but his cute flick was read by Mendy who managed to claw it to safety.

Perhaps it would have been different if Pulisic had been awarded a penalty when Jonny Evans clipped his trailing leg as he burst on to Mount’s pass.

Craig Pawson pointed to the spot but VAR rightly decided contact was made a fraction short of the 18 yard line and Mount fired the free-kick over.

Four minutes before the break Leicester doubled their lead.

Schmeichel’s booming clearance was headed down by Rudiger and Albrighton hoovered it up and clipped it over the Chelsea defence.