EX-ARSENAL defender Shkodran Mustafi’s future is in doubt after he was dropped from Schalke’s squad.

The 28-year-old missed Saturday’s defeat to Bayer Leverkusen and there are rumours his manager isn’t interested in playing him again. 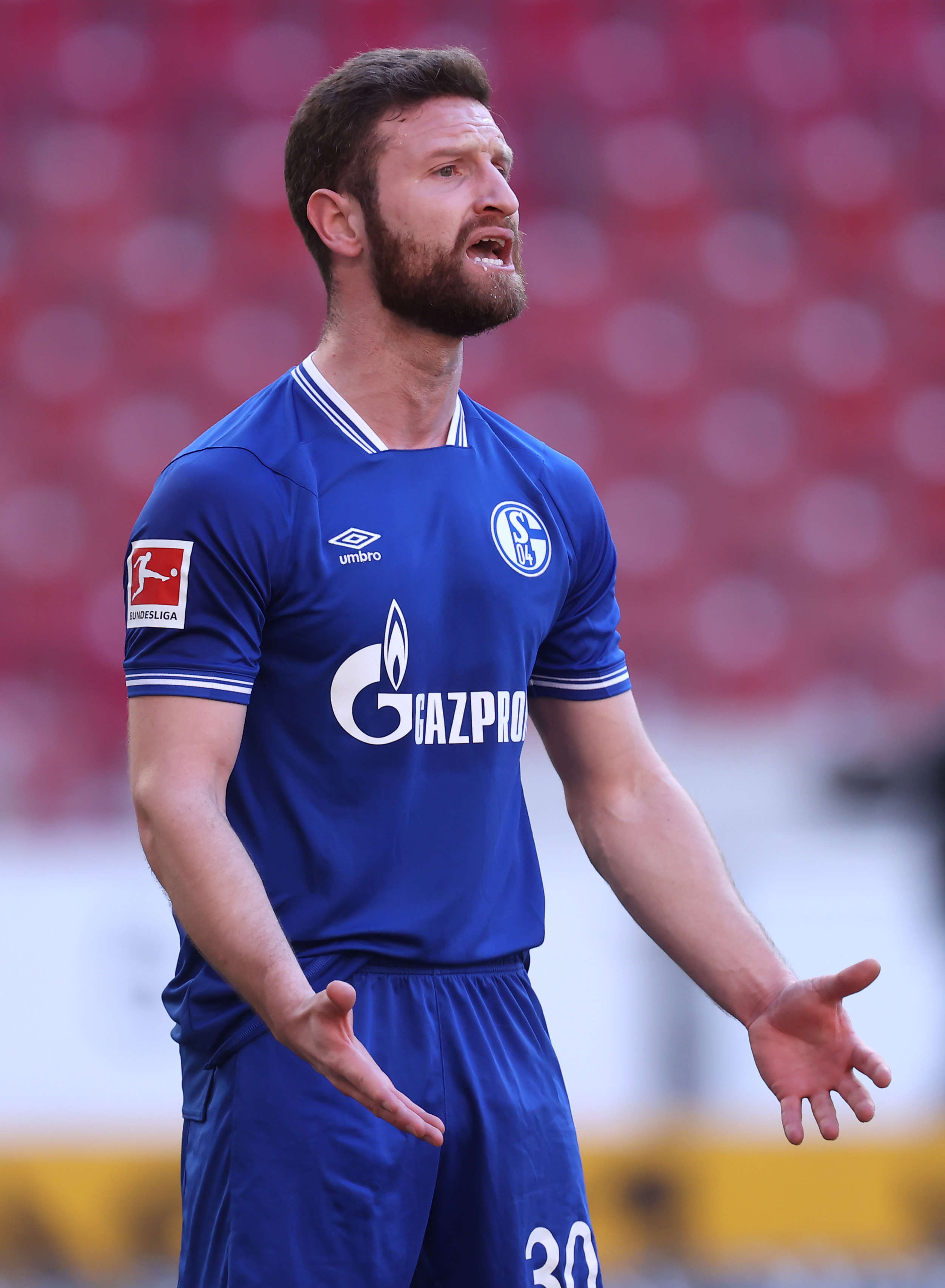 Mustafi, 28, may not play again for SchalkeCredit: Getty

According to German newspaper Bild, Schalke boss Dimitrios Grammozis feels let down by the experienced defender and he may not play again this season.

Mustafi was left out of the manager’s squad at the weekend for ‘sporting reasons’ – leading to huge speculation about his future.

Schalke sit bottom of the Bundesliga and are almost certain to be relegated.

They have won just once in the league this season, picking up a mere 10 points, and are 15 points from safety with seven games to go.

As such, it is likely the German giants will be looking to rebuild as they attempt to recover from a shock fall from grace.

Just two seasons ago they played Manchester City in the last 16 of the Champions League, having finished second the season before.

ℹ️ Shkodran #Mustafi is not in the squad for sporting reasons today. William is also not included for disciplinary reasons. Both players will have the chance to impress again in training next week.#S04 | #B04S04

Mustafi has also endured a torrid time since his £35million move to Arsenal in 2016.

Having enjoyed success in Italy with Sampdoria and Spain with Valencia – earning a spot in Germany’s victorious 2014 World Cup squad – he moved to England.

Despite winning two FA Cups during his time at the Emirates, Mustafi never fulfilled his potential and was deemed surplus to requirements by Mikel Arteta.

His contract was mutually terminated by the Gunners in February and he joined Schalke, despite their worrying position.

And Mustafi has struggled since, scoring an own goal in last month’s 5-0 defeat to Wolfsburg.

His contract at Schalke expires at the end of the season and he will need to prove the doubters wrong if he’s to earn another deal.

Lockdown makes first-time buyers in London £4,000 a year better off than renters