MASON MOUNT and captain Harry Kane have joined in the teasing of Declan Rice after he was brutally left hanging by his England team-mates.

The West Ham star was the talk of Twitter as a clip went viral on social media following Sunday’s 2-0 win in Albania. 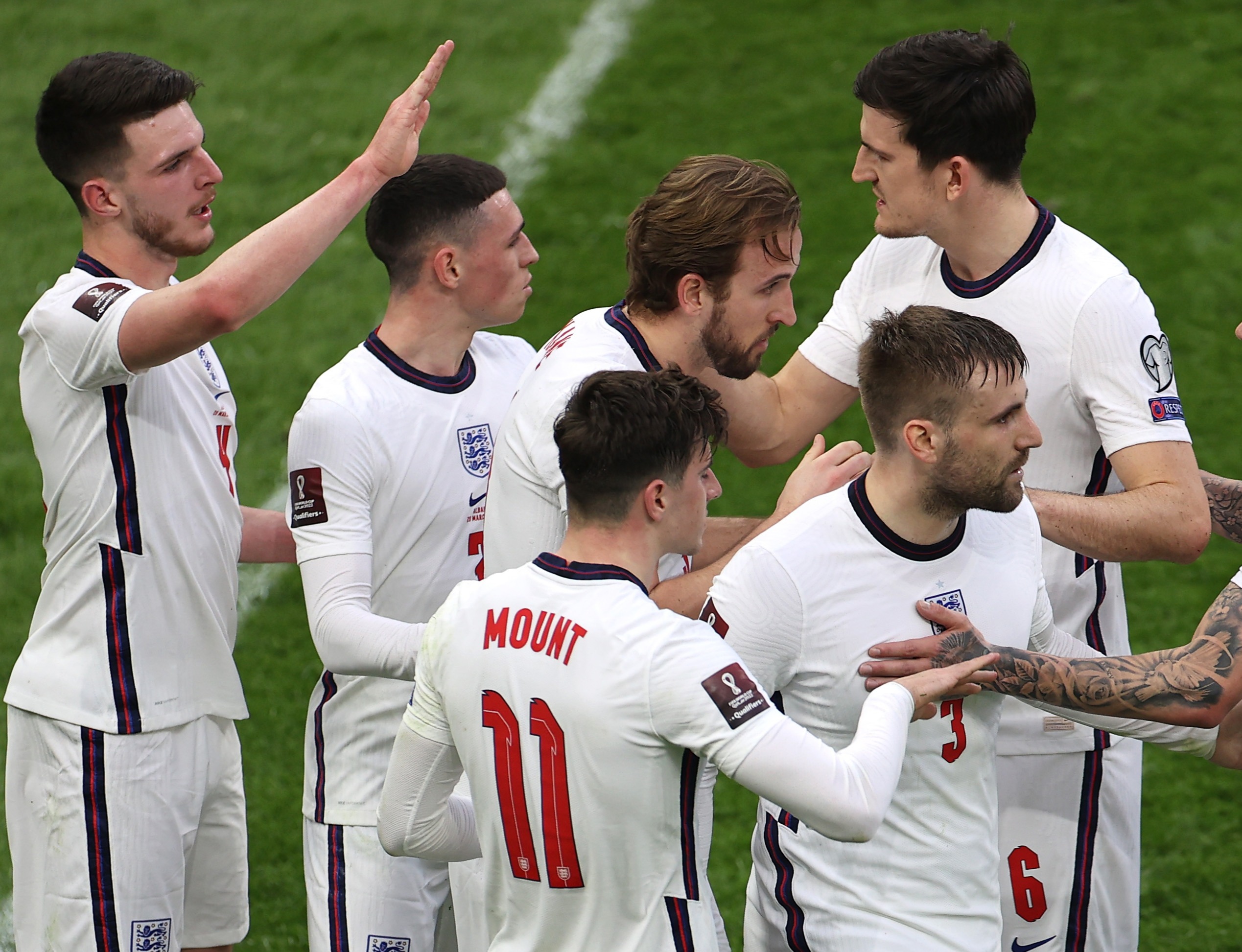 Declan Rice was left hanging by his England team-mates on SundayCredit: Getty

Gareth Southgate’s side took a crucial first-half lead in Tirana thanks to a headed goal from Kane.

But the attention quickly shifted to Rice – who had a superb game in the middle of the park.

The Hammers ace dashed over to Kane to congratulate him on his goal with England not at the races for much of the opening half an hour.

Rice stuck his hand optimistically in the air looking for a high five only for second after agonising second to tick by without any of his pals responding.

Eventually Rice gave up and jogged back to his position – but not before his painful moment was spotted by hoards of fans on Twitter.

One supporter tweeted: “Declan Rice got left hanging”, complete with a series of cry-laughing emojis.

Another wrote: “They all left Rice hanging.”

A third said: “My thoughts and prayers are with Declan Rice.”

Now his boyfriend mate Mount and England captain Kane have joined in the fun.

Rice had shared the video and wrote: “I’m waiting for the.. Hello darkness my old friend meme to come.”

That led to Tottenham star Kane replying: “Sorry mate should have checked my shoulder.”

Rice then jokingly posed as Mount filmed him on the flight back to England waving, a clip which the Blues ace shared on his Instagram story. 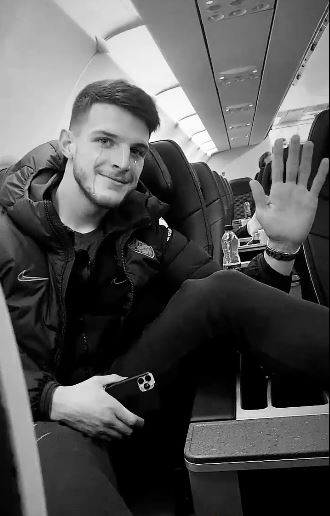 Mount later capitalised on a second-half mistake from Albania to make it 2-0 as England continued their 100 per cent start to qualifying for the 2022 World Cup.

The Three Lions thumped San Marino 5-0 midweek and will now turn their attention to the visit of Poland on Wednesday.

But for Rice, it was yet another impressive performance as his stock continues to rise.

The in-demand star made more interceptions (five) and more clearances (three) than any other England player, while completing a staggering 97 per cent of his passes as well as winning 100 per cent of his aerial duels and took 126 touches.