CHELSEA took a huge step towards sealing a third-place finish after claiming the points in a bad-tempered clash at Leeds.

Mason Mount broke the deadlock early on before Christian Pulisic doubled the advantage in the second period and Romelu Lukaku added the third in the 3-0 win late on.

It was almost an ideal warm-up for the Blues ahead of the FA Cup Final – but not everything went to plan.

Thomas Tuchel made four changes from the disappointing 2-2 home draw with Wolves on Saturday.

And with many desperate for a start at Wembley on Saturday, SunSport’s Gary Stonehouse was at Elland Road to check out the action.

Here’s how he rated each player on show for the Blues: 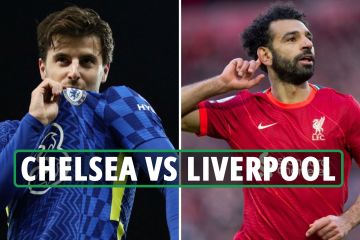 Had nothing to do in the first half except act as a sweeper-keeper once or twice.

Much of the same again in the second – he may as well have had the cigars out.

Provided the assist for Mount’s opener and continued to torment Liam Cooper and Pascal Struijk and sub Junior Firpo throughout.

One of two outstanding performers on the night.

Comfortable all evening and made a decent sliding challenge to stop Lewis Bate at the start of the second period.

Easy street – especially after Leeds were reduced to ten – and continued his remarkable record of having never lost a game that he’s started.

Cleared up any brief danger from the Leeds attack with ease.

Comfortable evening for the Dane ahead of Wembley.

Despite intense speculation he has already penned a deal with Madrid, the German star was not scared to get amongst it.

Suffered an early scare early on with a misplaced pass inside his own area, but was alert to any counter-attacks after that, which was all Leeds could muster.

Kept his place despite his first half fall-out with Tuchel on Saturday and was his usual dependable self.

Great night’s work for the Italian as he buzzed around all over the Elland Road pitch.

Missed out at the weekend but showed no ill effects of his recent injury – which is great news for Tuchel after his midfield partner came off hurt ahead of the crunch cup clash with Liverpool.

Started with several surging runs forward and was winning the midfield battle.

Injury forced him into an early night after a shocking challenge from Dan James.

Recalled to the starting XI and needed less than four minutes to make an impact with a brilliant finish from the edge of the area for his 13th of the season.

Produced a beautiful flick to tee-up Christian Pulisic in what was another great performance from the 23-year-old.

Was fairly quiet throughout the first half but was always looking for the ball.

Took his goal beautifully, his eighth of the season, but is it enough to earn him a start against Liverpool?

Looked to be set for a frustrating night after his two-goal outing against Wolves.

You could see the frustration growing after a first half strike was ruled out for offside but he continued to work hard for his side as the Leeds defence struggled to cope with his strength.

Should have passed after he powered past three defenders but opted to shoot and drag the effort wide.

Finally, after what appeared to be an age as he evaded the desperate attempts of several sprawling defenders, he got his reward with a goal late on.

His confidence continued to grow and he grew into the game after replacing Kovacic.

At times looked like a Rolls-Royce floating across the grass with the ball at his feet, just needs more end product.

Slipped straight in down the right and enjoyed an easy run-out.

Extra minutes in the legs but had little chance to make an impact, although he did curl a late effort wide.