MIKEL ARTETA hopes the verbal kicking his players have taken this week will help knock some sense into them.

The Arsenal boss warns there can be no repeat of  Saturday’s half-hearted efforts against Liverpool for tonight’s Europa League last-eight clash with Slavia Prague. 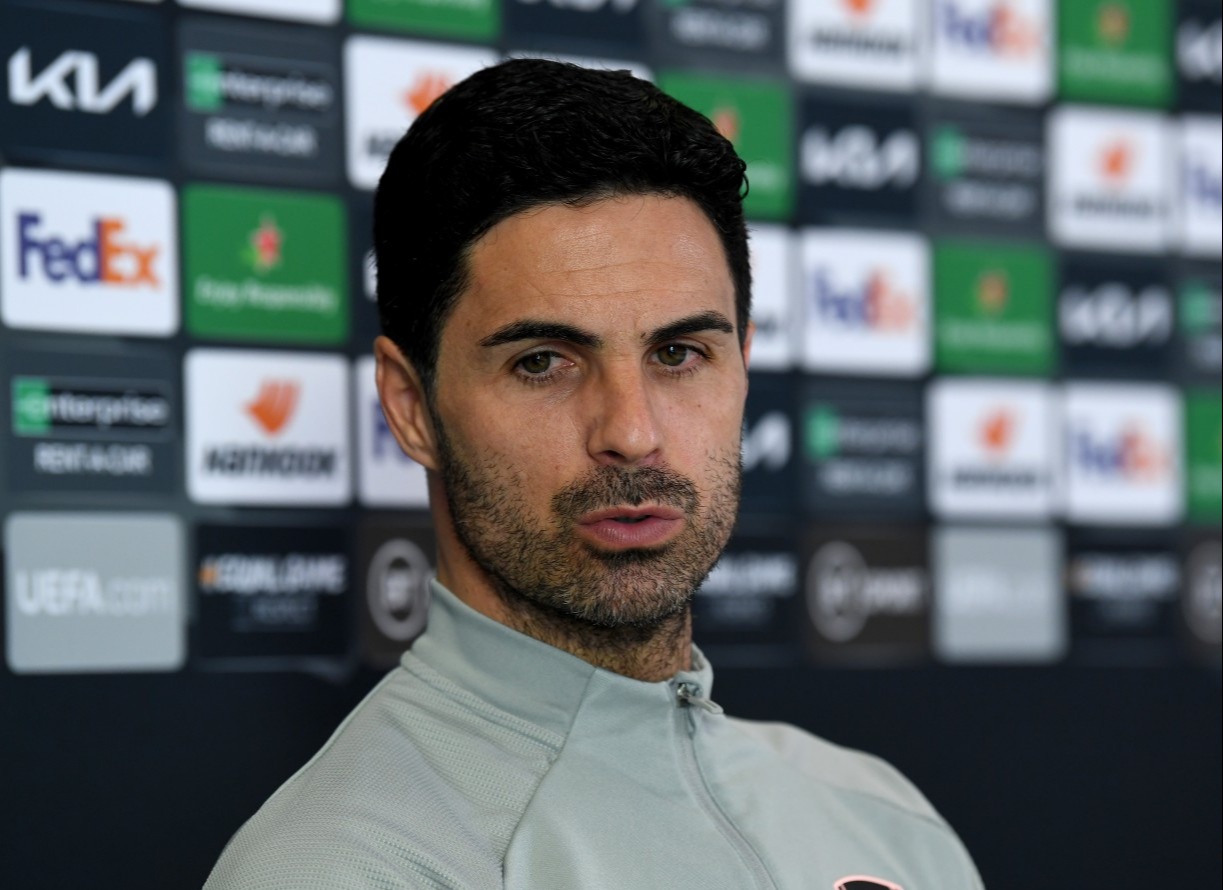 And he makes it clear any players who do not share his passion and commitment for the club will soon find themselves heading for the exit.

Arsenal legend Emmanuel Petit piled into the current crop of Gunners, claiming that the club has become “a retirement home for average ­players”.

And the former French midfielder is urging rookie Arteta to launch a mass clear out this summer.

Meanwhile, Gary Neville claimed “a little mafia” was emerging in their ranks and that the front five were “a joke” in the 3-0 home defeat by Liverpool.

Arteta has seen and heard all the negative comments and admits there is no place for his players to hide.

Ahead of tonight’s quarter-final first leg, he said: “We have to respect every opinion and the criticism we received for the way we played against Liverpool was fully deserved.

“We have to take it on the chin and sometimes a big punch in the face is a good thing to get back to reality.

“Petit knows the club really well and he was here during the most successful years. 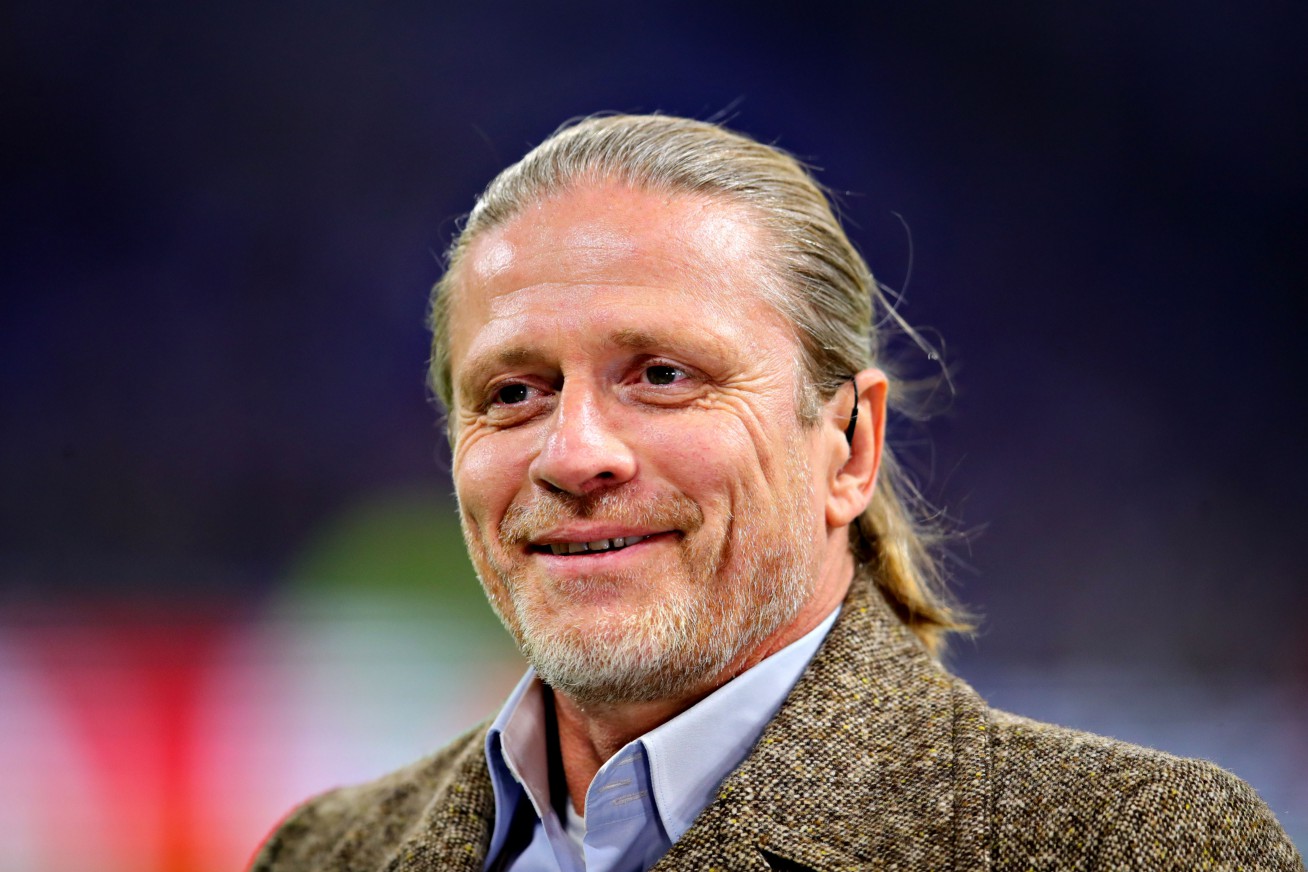 “He is entitled to give his opinion and my job is to change that. Not by talking but through our response on the pitch when we are at full gas.

“Some players are more introverted, or show more emotion with their body language than others but that does not mean they are not hurting as much.

“But the players that don’t have that emotion, passion and commitment won’t be at this club, for sure.

“It’s all about how you take the criticism. It’s not good to feel guilty because that can quickly turn into fear.

“It’s just about taking responsibility every day for what you do on the pitch and for the club that we represent.

“I cannot criticise the work ethic of my players because it isn’t about whether they are trying or not.

“But there are areas where we have limitations and inconsistencies and that is the big frustration for me.

“There are many things that we can do really well and that’s why what happened against Liverpool was such a shock to the system.

“There was nothing in the run-up to that game which suggested that performance was going to happen.

“So it’s not down to one or two players doing better against Slavia.

“The whole team — and myself — all have to put in an improved performance.”

With a top-four finish now all but impossible for Arsenal, they need to win the Europa League to qualify for next season’s Champions League. 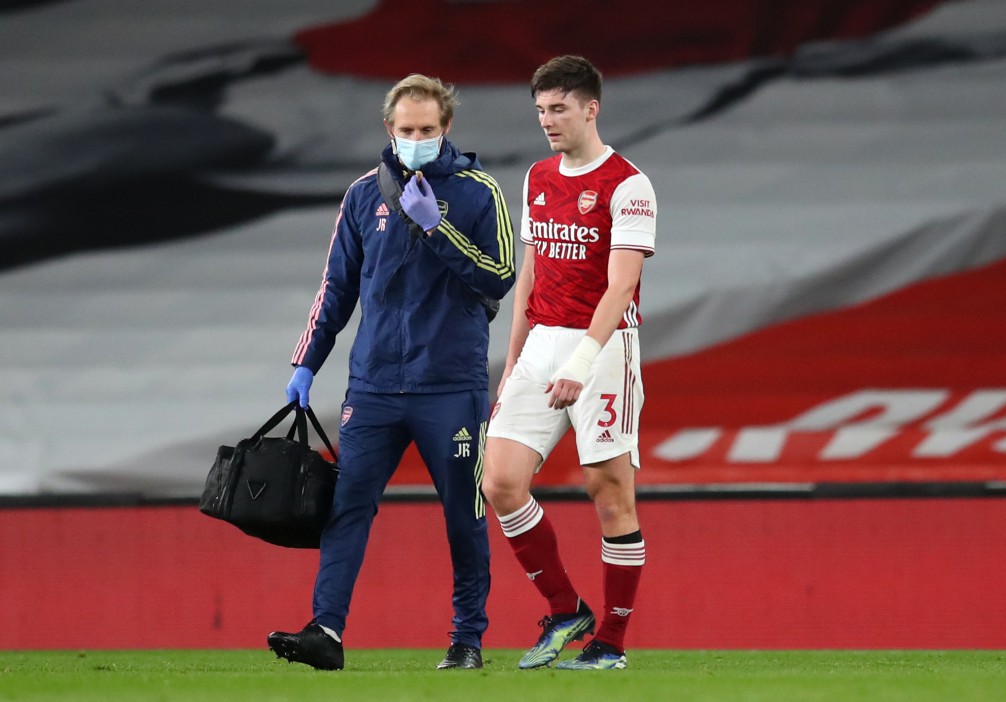 But their hopes have suffered a major blow with news that in-form left-back Kieran Tierney could now be out for the rest of the campaign after suffering a knee injury against Liverpool.

Arteta said: “I don’t know if Kieran will play again this season because we first have to make sure that he doesn’t need any surgery.

“If he doesn’t have an operation, the timeframe will be around four to six weeks.

“He’s so keen to play for us again and he’s extremely eager to represent Scotland at the Euros.

“It’s not quite the bad news we were expecting after the game on Saturday because the action looked quite scary and it could have been worse.

“But he’s feeling better now and hopefully the damage is not that bad.”