JOE MONTEMURRO hailed Vivianne Miedema for stealing the show at the North London derby with a glorious goal of the season contender.

The Dutch dynamo’s volley was among the strikes that helped Arsenal crush Tottenham 3-0 to the heat on Man United. 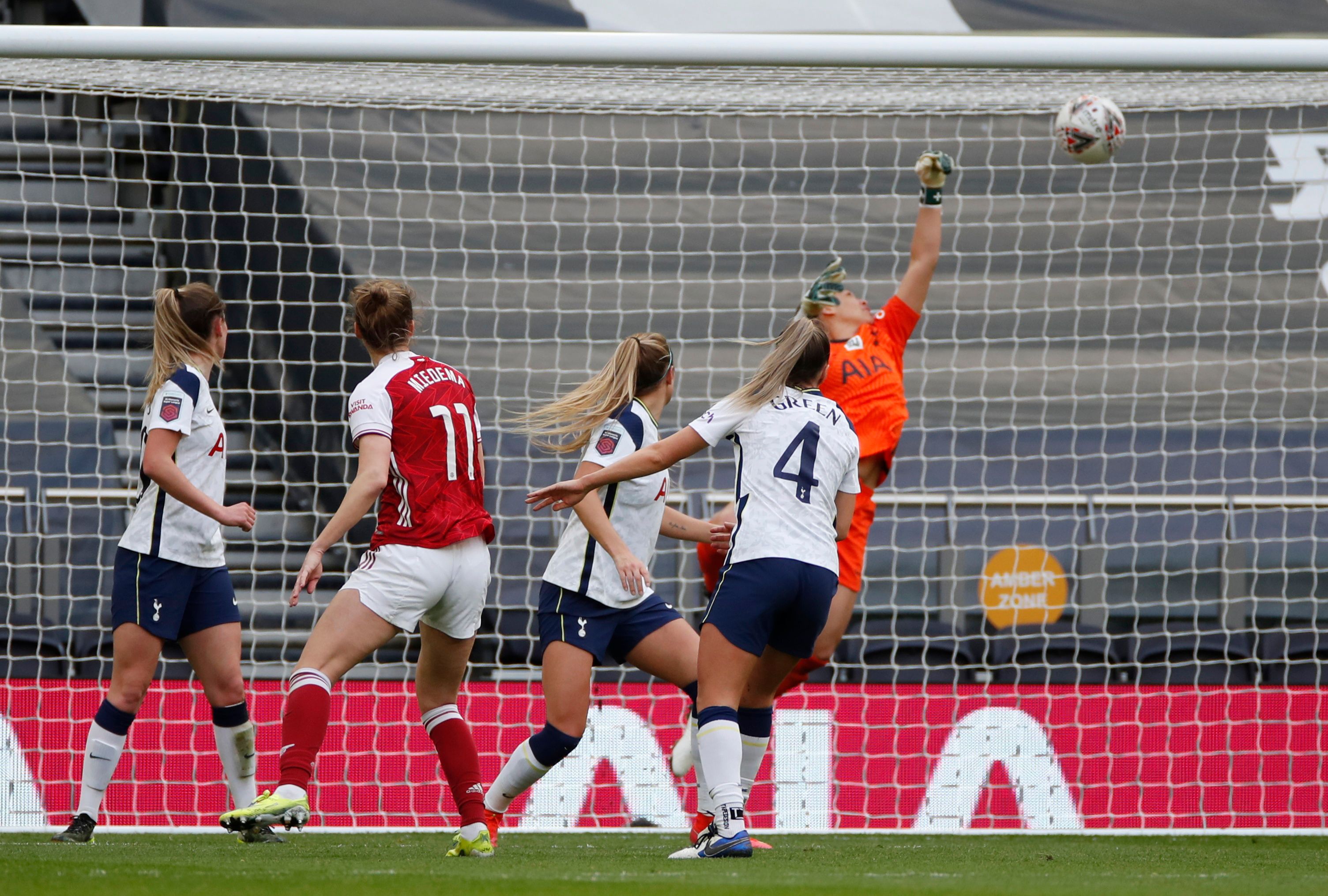 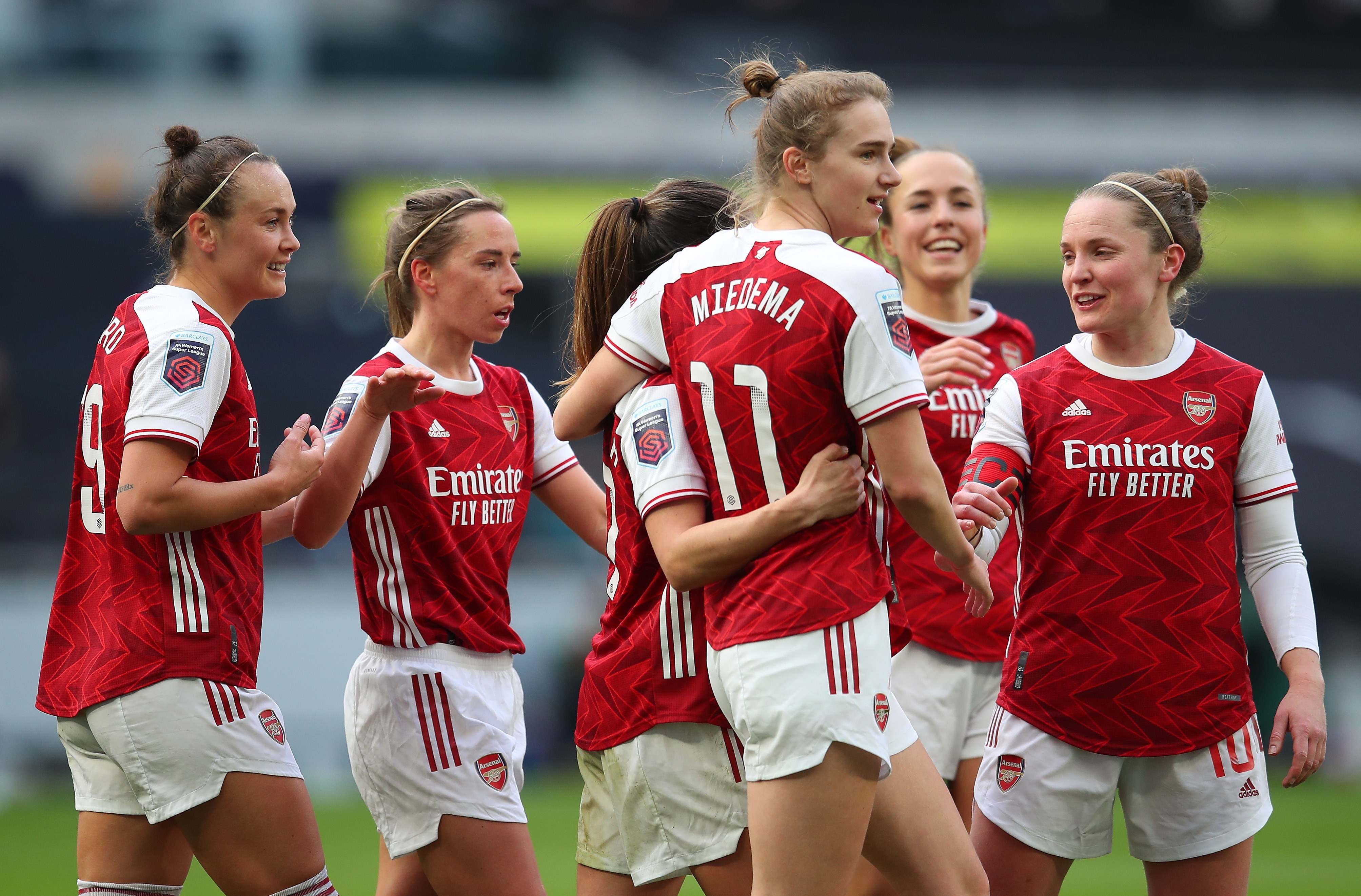 Miedema’s strike was her 15th goal of the season in the top-flightCredit: Getty

Montemurro said: “We know Viv’s qualities and her goal doesn’t surprise me as she does this in training.

“As for our win, we can only control what we can control. We can’t rely on other results

“I know it’s cliche but we just have to worry about, we’re doing and about keeping performances at this level.”

A record-breaking 38,262 crowd may not have been there to witness the second WSL derby at Spurs’ iconic Prem venue, but both sides were hoping to put on a show.

And after a cagey start, it was Arsenal who came out all guns blazing as they bid for a return to the Champions League.

Montemurro’s side had a shot on target as early as the seventh minute with Katie McCabe’s half-volley off a Jordan Nobbs’ cross flying past Becky Spencer’s post.

And the visitors had a half-chance four minutes later with some nifty footwork from Miedema who saw her shot partially blocked by Spencer.

But the Gunners went ahead with Caitlin Foord burying their opener close to the half-hour mark. 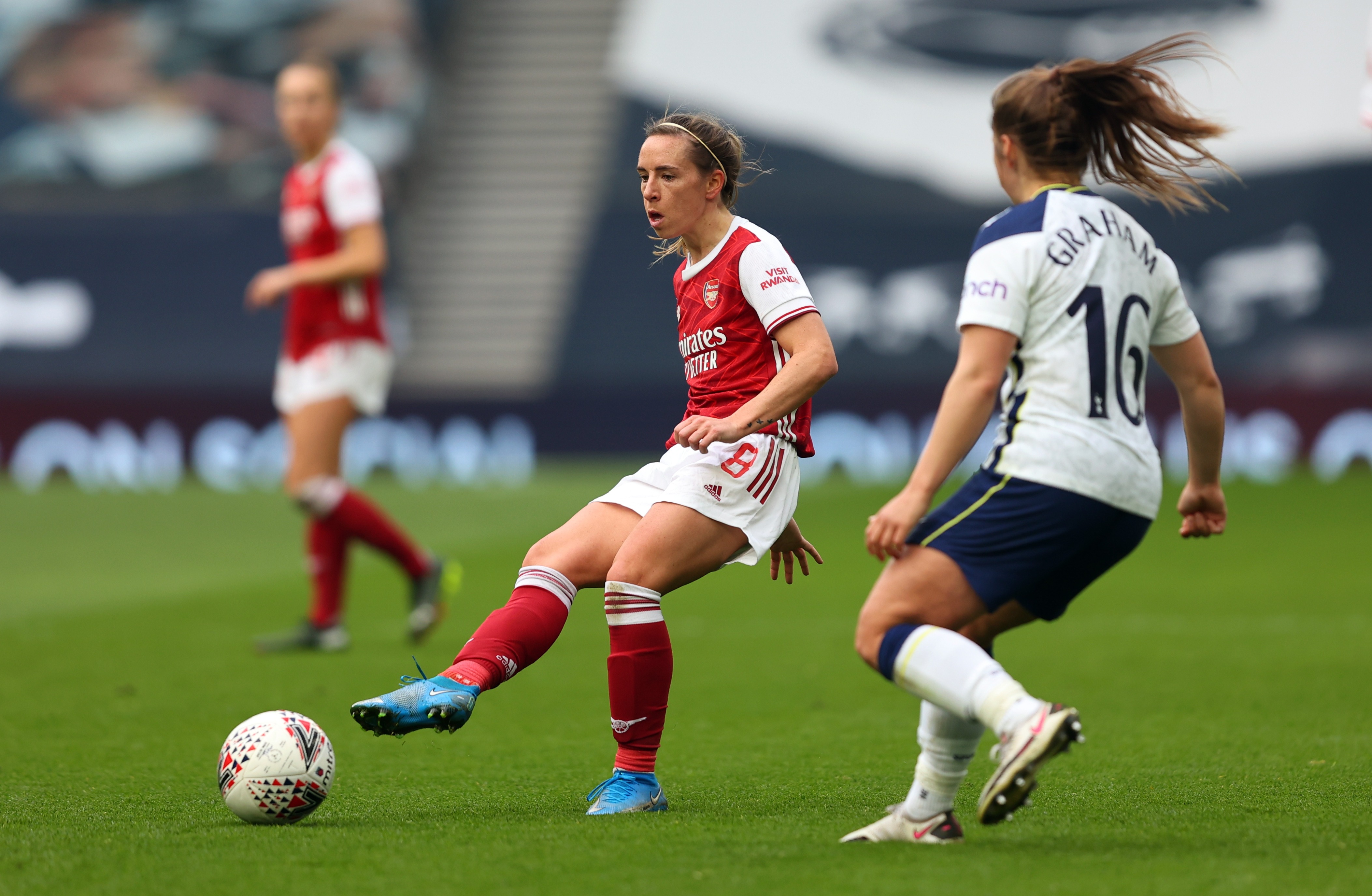 And it was an exquisite effort with the Dutch ace volleying her shot home with venom.

The early stages of the second half began in a similar manner to the first with Arsenal pinning the hosts back in their own half.

And they registered a third goal with McCabe burying a low drive into the bottom corner in the 66th minute.

Despite enjoying the bulk of possession and shots on target, the Gunners suffered a couple of late second half scares.

And the hosts had a hattrick of shots in the visitors’ penalty area in the 77th minute.

Kit Graham, Rachel Williams, and Angela Addison all came close to becoming the first Tottenham Women’s aces to score at the home of their Prem counterparts.

Spurs boss Rehanne Skinner said: “I was pleased with the way my players responded in the second half – we’ve just got to be able to do that on a more consistent basis. 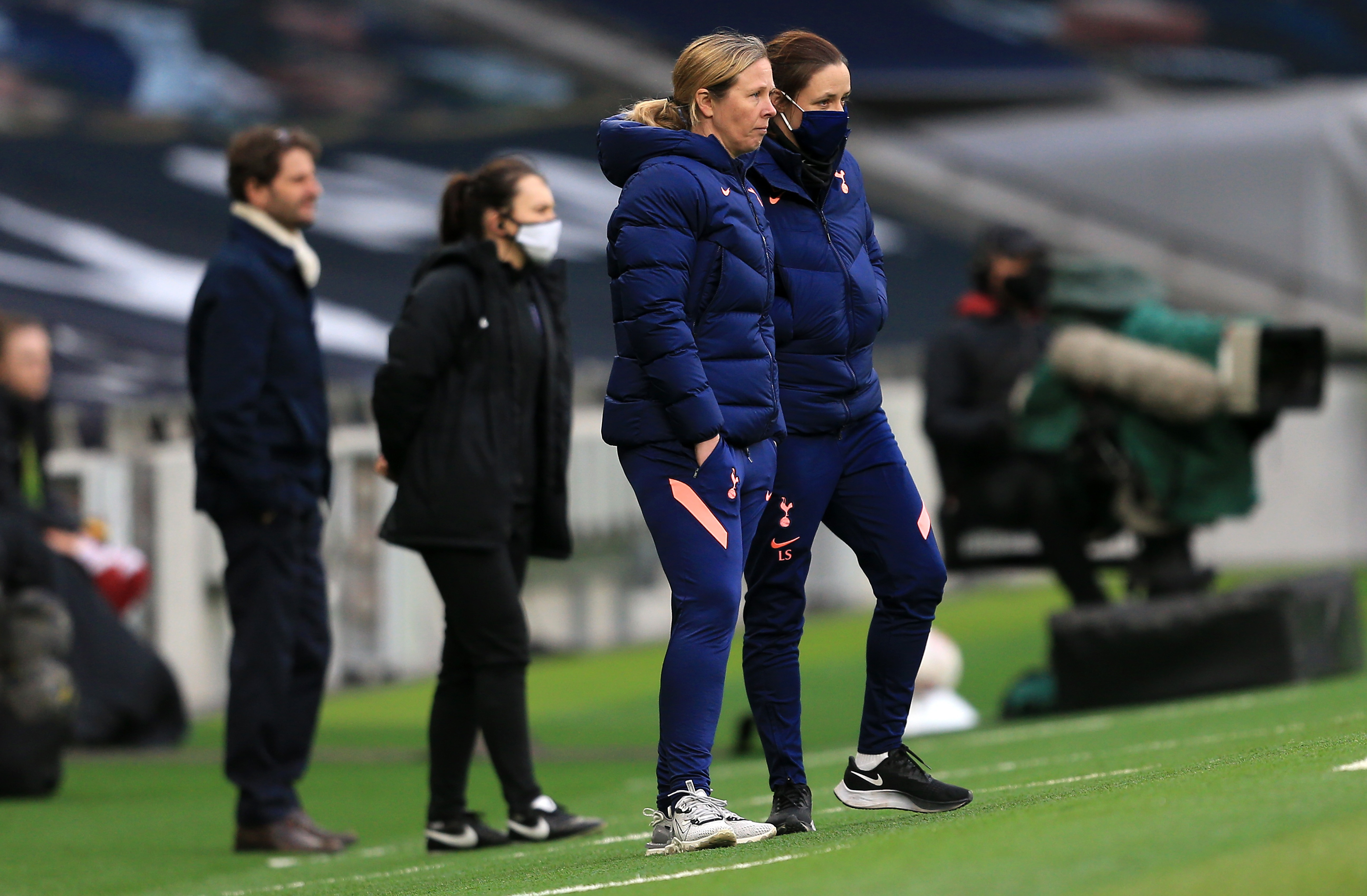 “It was always going to be difficult against a top team like Arsenal at that stage.

“But from our side a goal would have given a bit more confidence and motivation and we might have then put a little bit more pressure on.”

The result sees Arsenal stay fourth and three points behind United – with a game in hand – ahead of their clash with Bristol.

And Tottenham remain in eighth place and host Manchester City next. 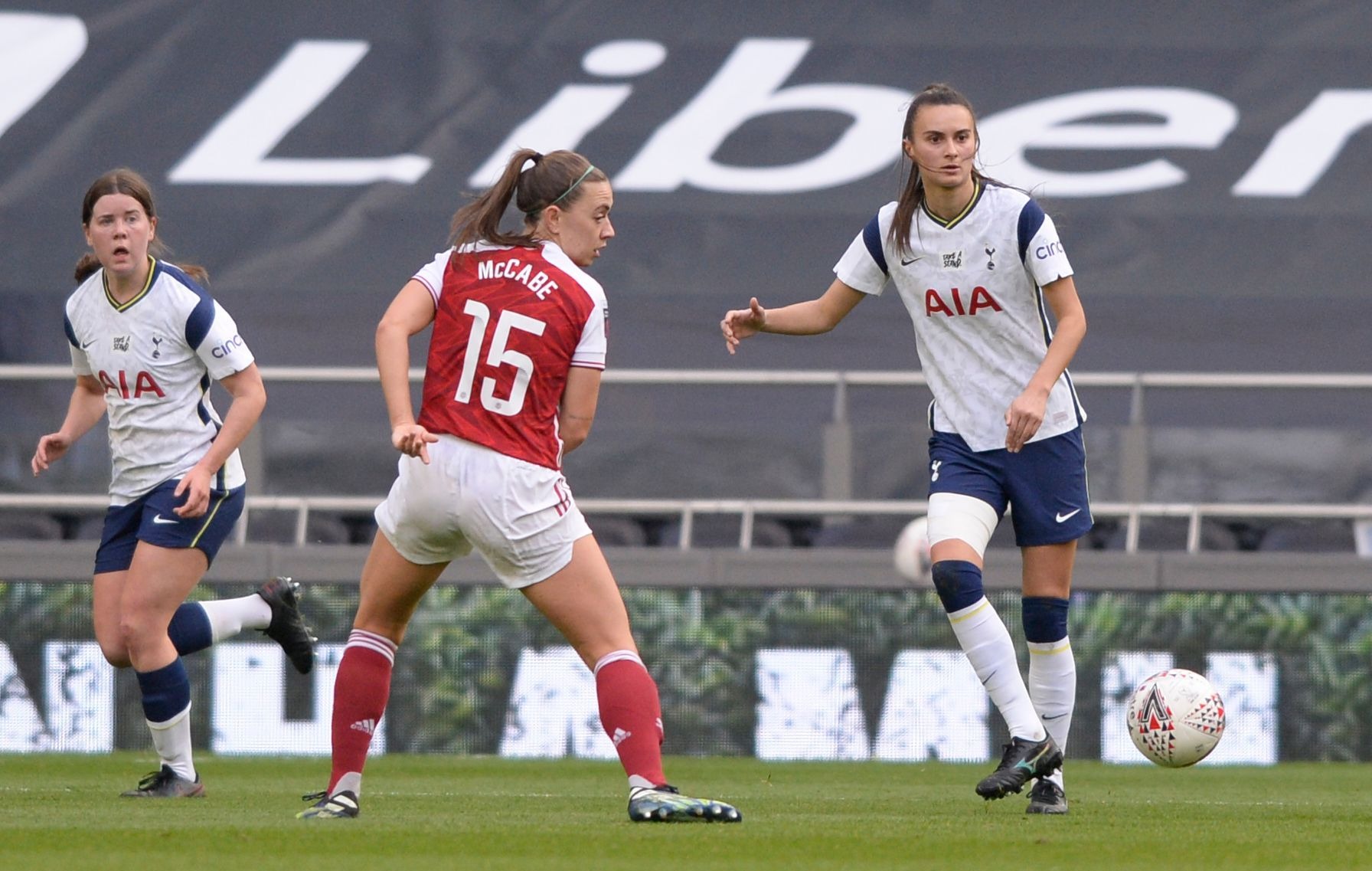 Tottenham will take on Manchester City in their next WSL matchCredit: Rex

Tina directors on telling Turner’s story without re-traumatizing her