MICHAEL OWEN was unveiled as Doughnuts on The Masked Singer on Saturday night to send social media into meltdown.

The 42-year-old made it to the sixth week on the hit ITV show, but was sent packing in a double elimination alongside actress Jaime Winstone. 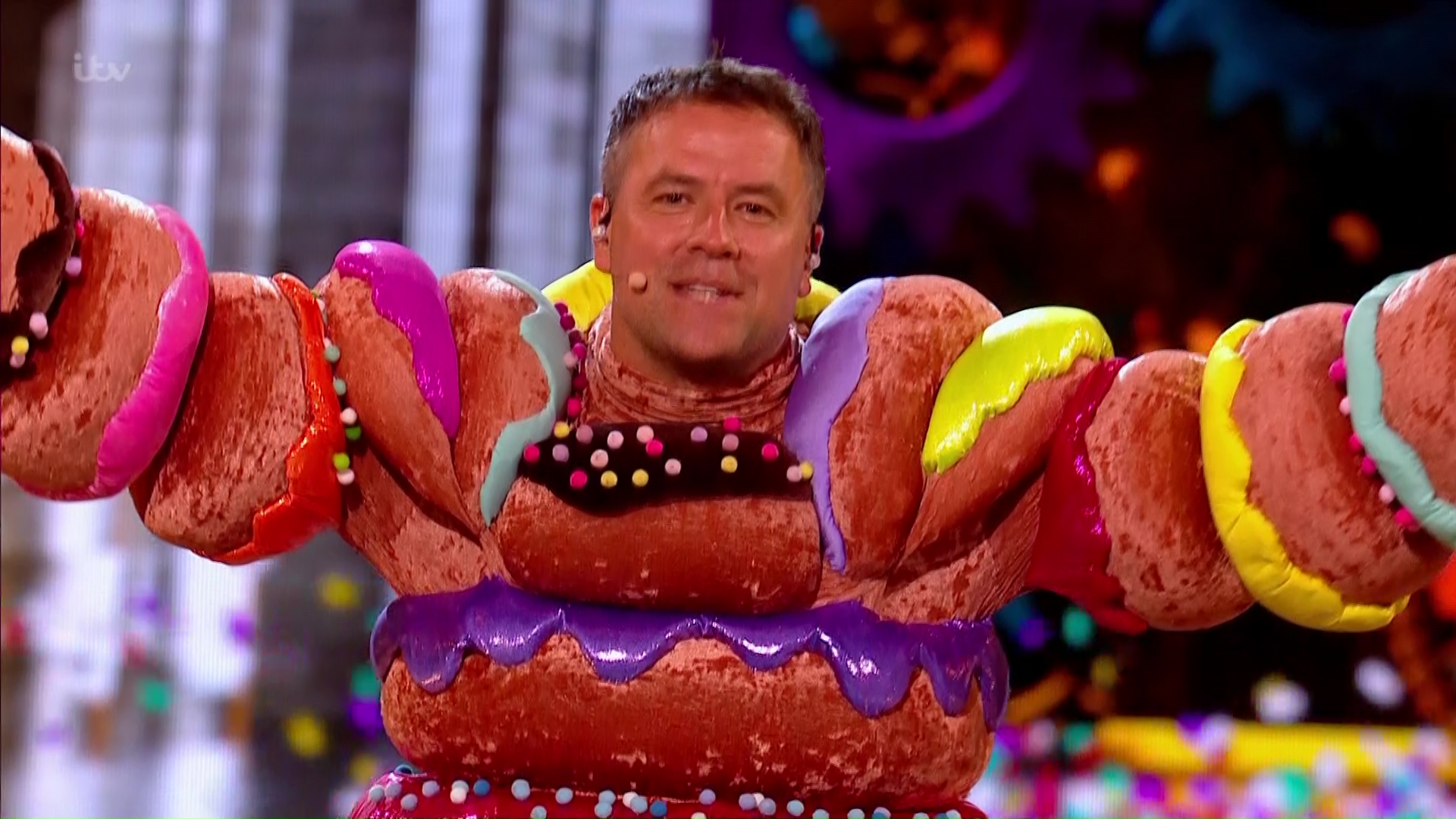 Supporters of the programme guessed the ex-Manchester United and Liverpool striker could be Doughnuts last week following a number of clues he divulged.

Owen’s Doughnuts, a man made of a big pile of sweet treats, rapped Everybody Get Up by the boyband Five in what was his last performance.

And following his unveiling, he took to Twitter to apologise for his poor – but highly entertaining – renditions of songs.

He said: “Finally I can apologise for burning your ears these last few weeks.

“My kids badgered me into doing @MaskedSingerUK but I have to say it was a great experience and a whole lot of fun.

“Still can’t believe I got past round one!”

Fans were quick to comment on Owen, as one user quipped: “Michael Owen has come a long way form wining the Ballon d’Or.”

Another joked: “Michael Owen probably pulled his hamstring taking his mask off…”

A third added: “Well done Michael, think you probably won a few new fans as you were a good laugh.”

This support then commented: “Don’t give up the day job Michael Owen. Seriously though, what a good sport!”

Meanwhile one messaged: “Never thought I’d see the day where you’d have Michael Owen dressed as doughnuts singing everybody get up by Five on TV.”

Another remarked: “Michael Owen being Doughnut for Masked Singer has shot him right up in my estimations.”

Eurovision 2022: Brooke Scullion opens up ahead of Ireland selection